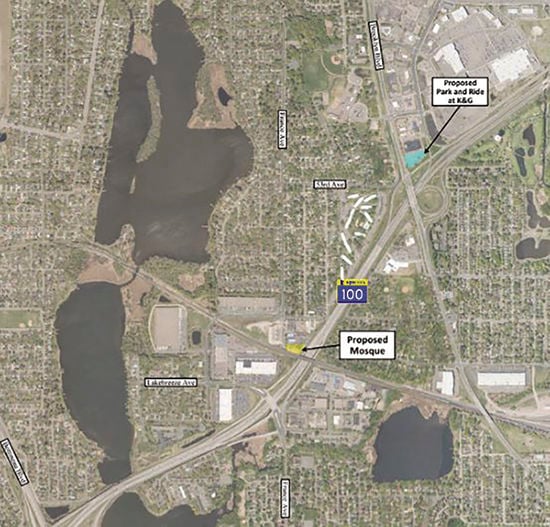 An overhead map of the proposed site for the new Masjid Al-Ansar Islamic Community Center. 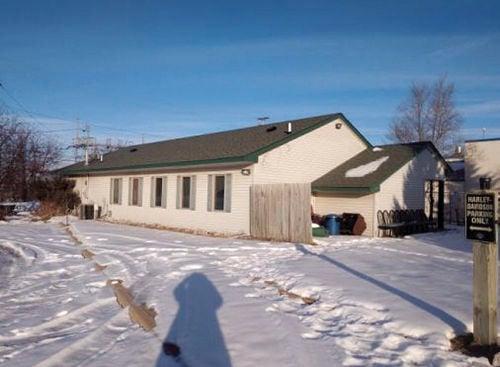 An overhead map of the proposed site for the new Masjid Al-Ansar Islamic Community Center.

The Brooklyn Center City Council told city staff members it planned to approve a special-use permit and parking variance for a new mosque and community center for an existing faith community located in the city at its March 9 meeting.

The decision came after both city staff and the Planning Commission were hesitant to recommend approval for the project. Among the concerns with the project was adequate parking on the site.

The Masjid Al-Ansar Islamic Community Center, with Imam Mohammed Dukuly acting as its representative, applied for the permit for two buildings at 4900 France Ave. N.

The congregation previously rented space in an office building at 5637 Brooklyn Blvd., but following an ownership change, they temporarily relocated to hosting prayer service at the Brooklyn Center Community Center.

Since then, the congregation identified the 4900 France property as the spot that could become its future home.

There are two buildings on the property, one a former pet grooming facility, identified as the 4900 France Ave. N. building, and the other a former pet hospital, identified as 4902 France Ave. N. Both structures are approximately 4,000 square feet in size. Currently, the 4900 building has been declared unfit for habitation due to water damage. The 4902 building also would need to updated to meet building code and ADA requirements before it could be used.

The 4900 France Ave. N. building would be renovated and occupied prior to the second building.

Both buildings sit near an active rail line. A fence would need to be installed on the site separating the mosque from the rail line.

Current membership for the mosque is estimated to be between 120-150 members.

Based on the membership and potential for growth, city staff members said that the parking lot may not be adequate for the mosque. A parking study connected 70 vehicles connected with a prayer service during a study period.

The largest portion of traffic to and from the site would be on Fridays, when two 30-minute prayer sessions would be hosted between noon and 2 p.m. However, the facility would be open seven days a week.

The intention of separating the two prayer sessions would be to reduce the number of vehicles in the lot. Dukuly said that many members carpool, and the group has a parking and shuttle agreement with a church.

While city staff said the only way to accommodate additional parking on the site would be to demolish one of the buildings, Dukuly said that the congregation needs both buildings, and would not commit to tearing one down for parking purposes.

The site is also located in an industrial district, where religious uses were previously not allowed. The city recently amended zoning restrictions to allow for religious uses in general industry districts on a case-by-case basis.

The Planning Commission voted 3-3 on the proposal, and as such, did not provide a recommendation to either approve or deny the permit. Councilmember Kris Lawrence-Anderson said the rare tie vote was concerning.

The council ultimately directed city staff to bring back a resolution to approve the special-use permit at a future meeting.

Dukuly said the city’s process was both slow and expensive, and the congregation wants to move forward before Ramadan. “All I want to do is add to the city,” he said.

The city is unique due to its diversity, he added.