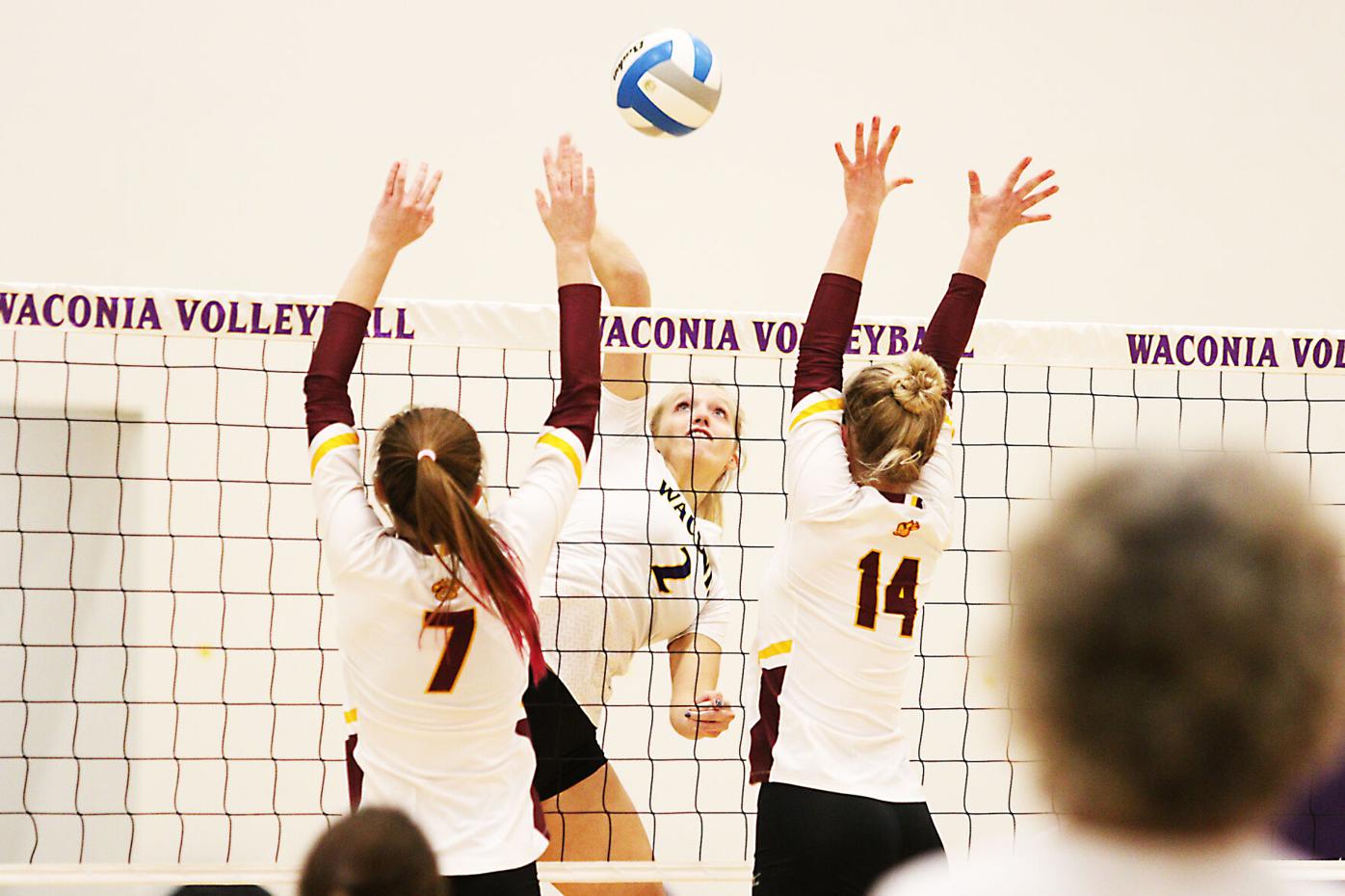 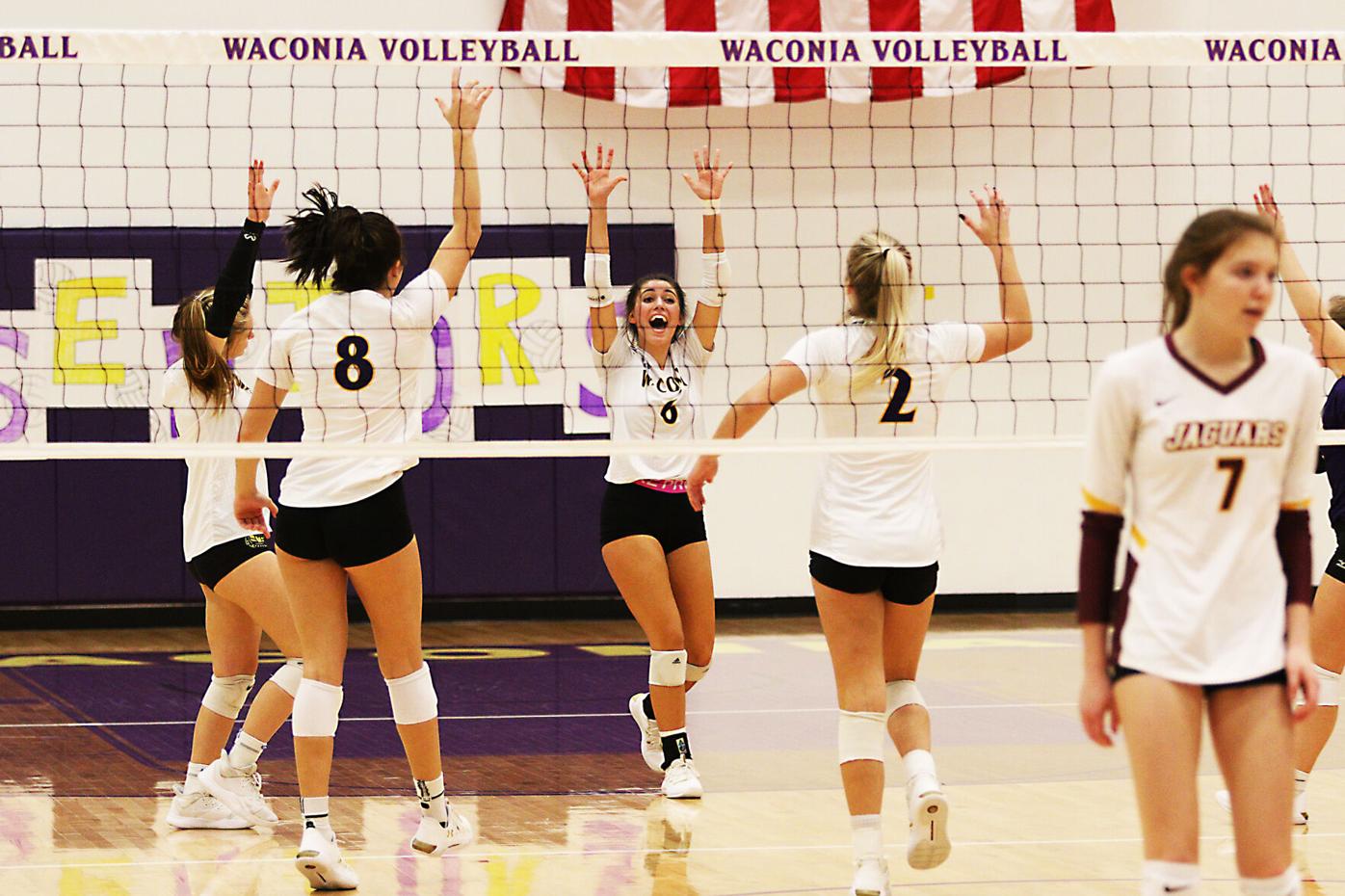 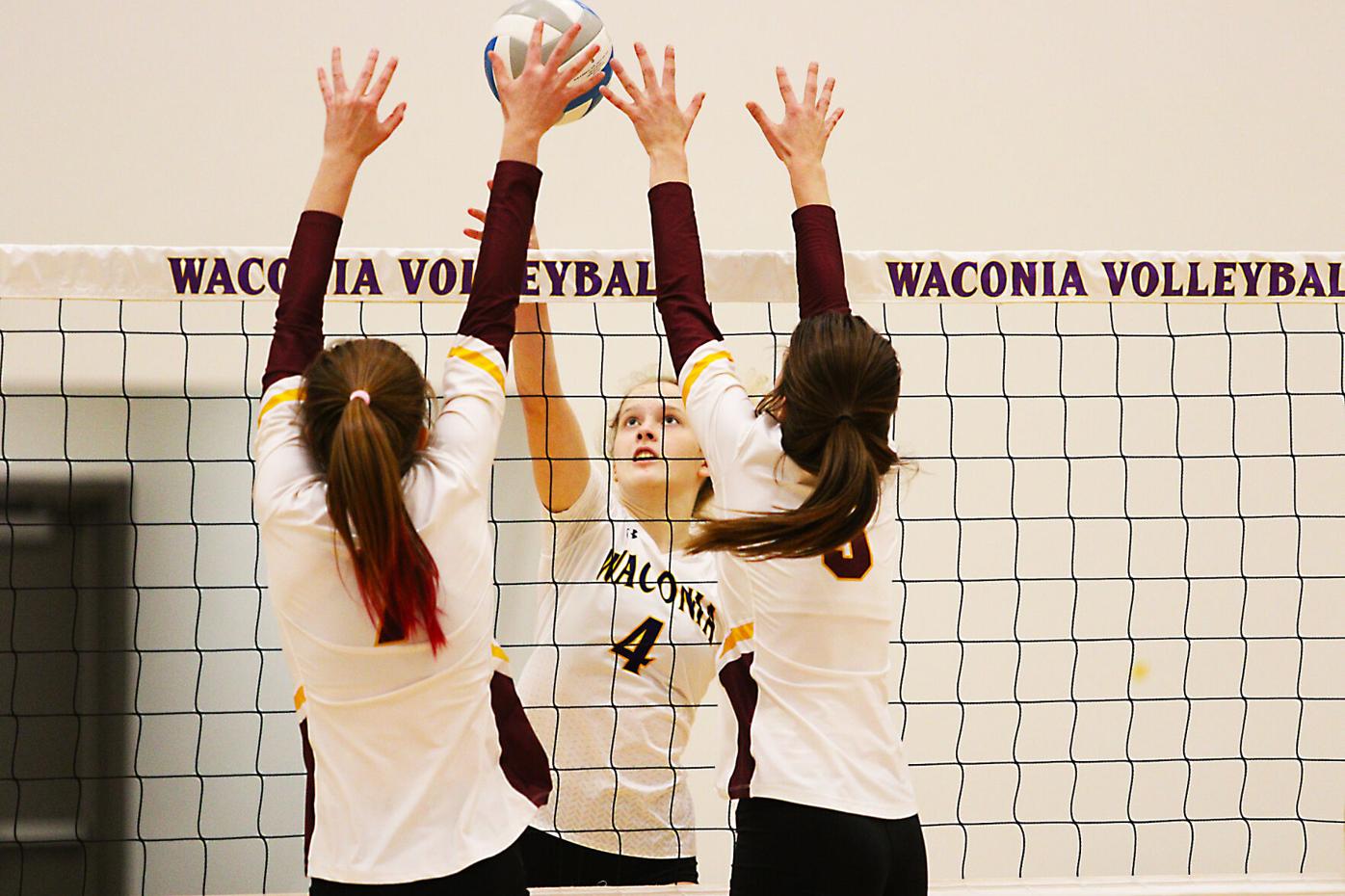 After a close first set, the Waconia volleyball team got better as the game on, putting more distance between Jordan and themselves as the match went on in a 3-0 win.

“We definitely didn’t play our best, but we challenged ourselves to work harder progressively throughout the match,” said Grace Brummond.

The Jaguars were close to the Wildcats in the 25-21 opening set, before Waconia won set two and three 25-16 and 25-15. The Nov. 17 win proved to be Waconia’s eight of the year, as the Wildcats went on to finish the shortened season 8-4.

“The season has been a very productive learning season and I think we’re getting better working together as a team, every single match,” said Katie-Jane Klembarsky.

Waconia’s successful season came during a year in which they built a strong team bond.

“We have bonded so strong together, both on and off the court, so it’s nice to see that appplied on the court when we’re playing,” said Brummond.

The ‘Cats came together during an unusual season due to COVID-19, making the most of the games they had. Playing a shortened conference-only schedule gave them a chance to work on their skills, playing most teams back-to-back just days apart.

“We’ve gone through some positional changes and playing the same teams over and over again just makes you get better at cleaning up what you’re doing on offense and defense,” said Klembarsky. “We play each other, then teams change their gameplans and you have to adjust, so I think it’s been a season about consistency.”

Waconia was able to make the adjustments, finishing third in the Wright County Conference East while splitting the season series with the top two teams in the WCC (Hutchinson and New Prague).

“Our communication and pursuit for every ball is something we are good at,” Brummond said of the team’s strengths. “We’re not the tallest team, but we’re really good at hustling for every ball.”

And the 3-0 win Tuesday night sent the seniors out on a high note, winning their final game on their home floor.

“We feel proud because we were able to help our seniors win,” said Brummond. “Six seniors isn’t a lot for a typical team, but when you consider that we only have 12 [players], that’s half our team. So it means a lot that we were able to contribute, and that our teammates were there to support us.”