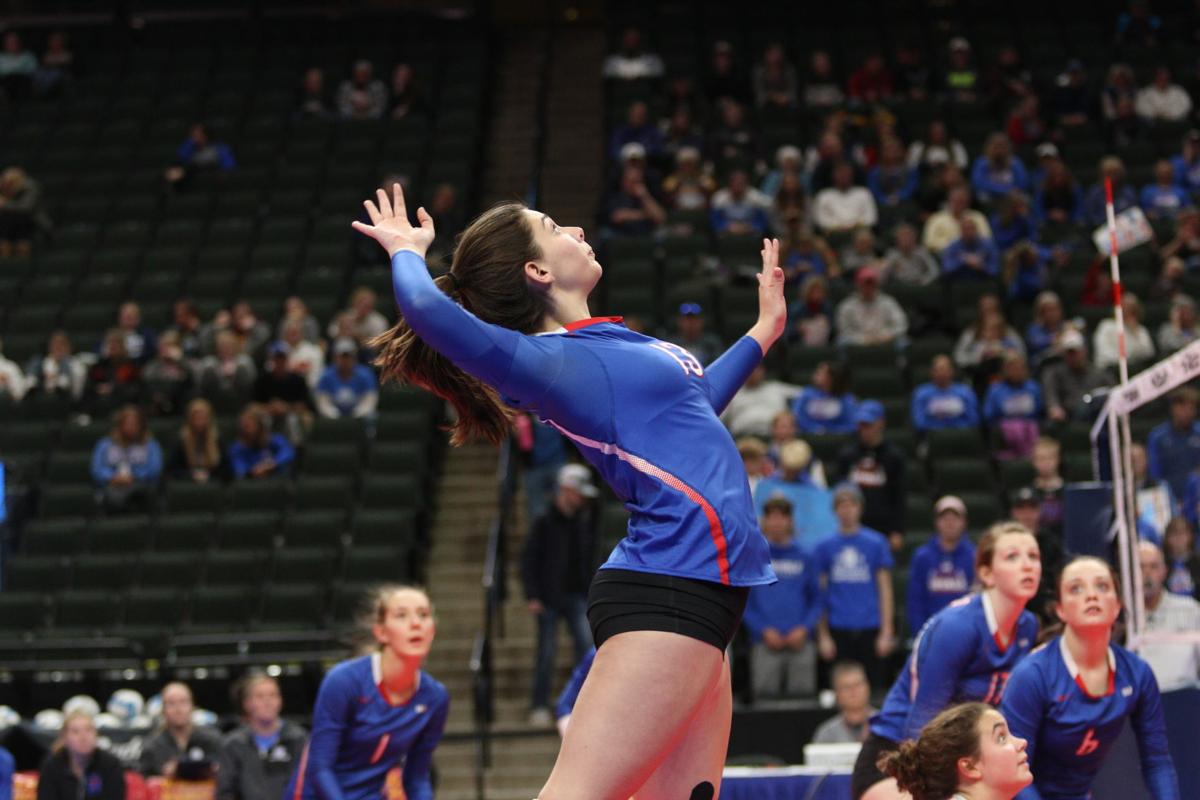 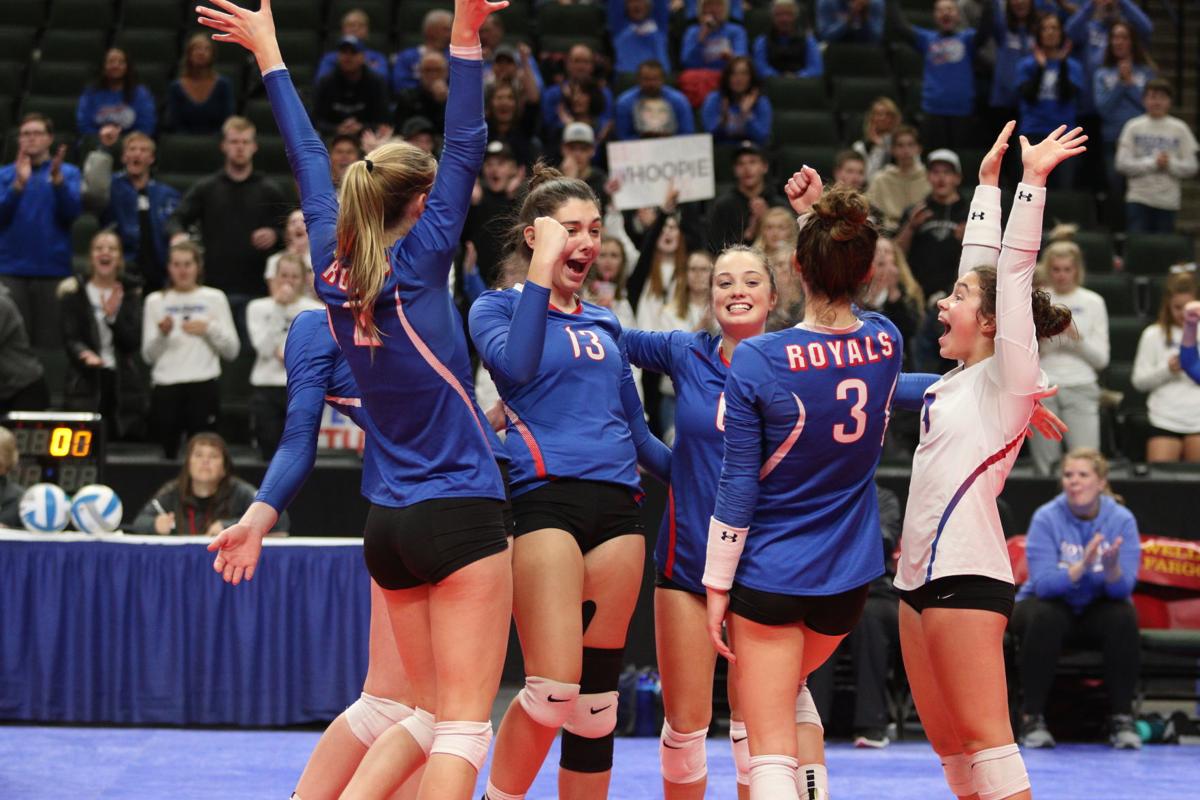 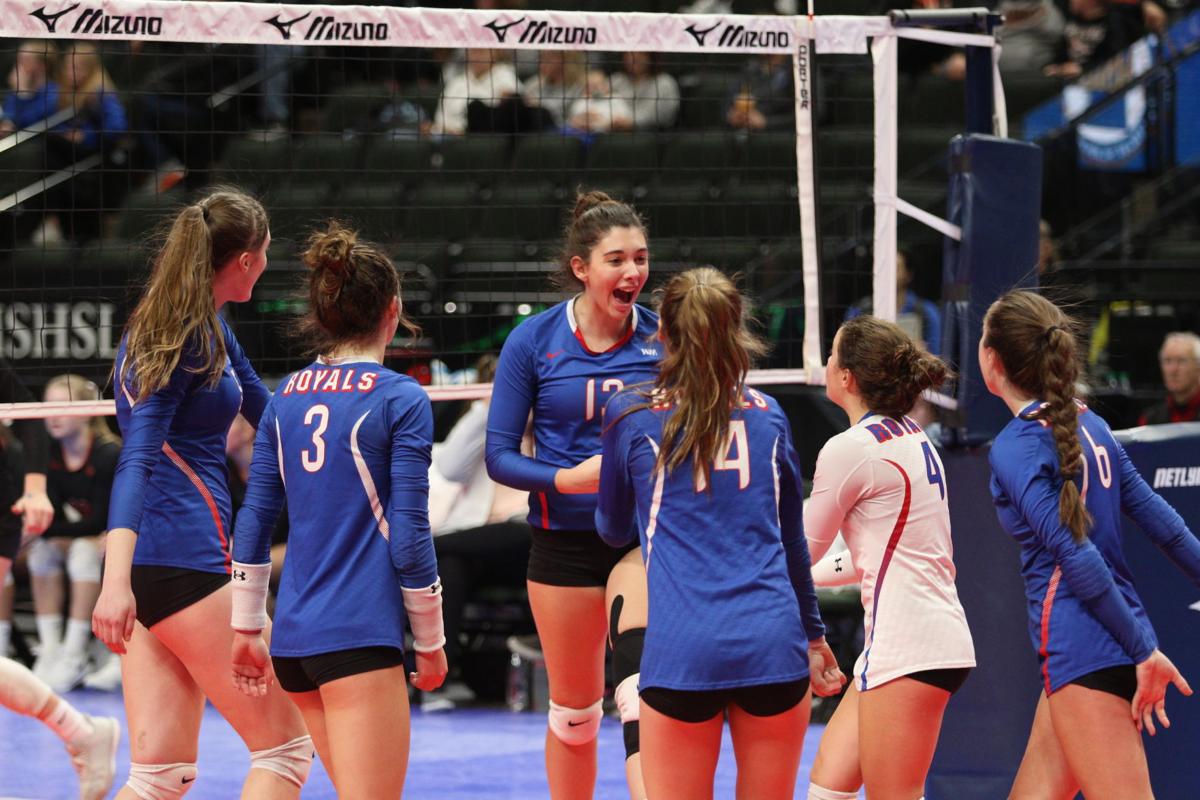 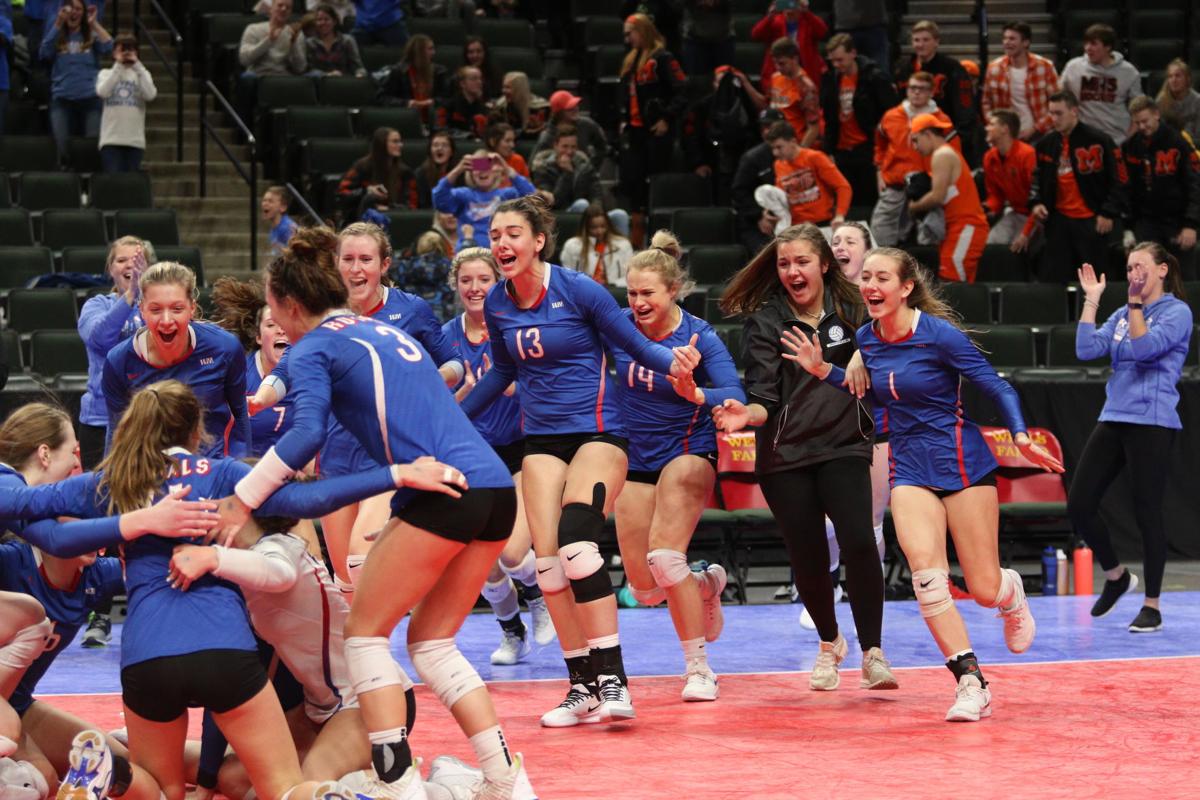 “Being with my team and how far we made it, it was really special,” Lynch said.

The Royals had been to the state tournament several times before, including the previous two seasons, but had met heartbreak at the year-end tourney, having not won a game prior to this past season. Mirroring the breakout this season was Lynch, who had to overcome heartbreak numerous times throughout her career before a dream senior season.

“It was definitely full of ups and downs,” Lynch said of her volleyball career. “I was probably more injured just as much as I wasn’t.”

By Lynch’s estimation, she sustained at least seven injuries that caused her to miss time on the court, including ankle sprains, concussions and a knee injury. A promising career was delayed time and again, as she had a chance to participate on the section champion teams in 2017 and 2018, but could not due to injuries.

“It seemed that every time Ella was seeing progress, she had a set back with an injury,” coach Andrea Raser said. “Her 10th grade year she just got asked to dress for varsity and she got injured before her first game and was in a boot. She got her body healthy and then suffered a concussion during her JO season. Her junior year she dedicated her time to getting stronger and preventing injuries working in the weight room. This paid off, but then sustained another concussion. She stayed positive and kept on fighting. She was cleared to get back on the court and ended up in a boot again for the state tourney. Throughout her off season she also had concussions that kept her off the court. Finally, her senior year she played through without any major injuries until the end of the season, but was able to fight through and play all season - after the season she ended up on crutches. Her injuries definitely set her back physically and mentally at first, but she persevered through it and it made her a better teammate, more determined player, and a more determined person.”

Before Lynch got to finally get on the court her senior year, she had to work back from the myriad of injuries. Her first stop was the weight room.

“Ella can be an inspiration to anyone who has recurring injuries and set backs,” said Raser. “She wasn’t always a fan of the weight room, but she was a fan of the game of volleyball - she knew that in order to play she had to work harder than others to get back on the court.”

It was not easy for Lynch to get back on the court. Yes she put in the hard work in the weight room, but the road to recovery had more than the physical hurdles.

“It was a really challenging time, there were points where I didn’t know if I would play again,” Lynch said. “But I learned to play with no fear and to keep going. The weight room is where I gained the confidence. That was my starting place.”

“My coaches, doctors and teammates showed me what I wanted to be - I saw my team’s success and I wanted to be a part of that,” she said. “When we won that game, I remember running out on to the court, hugging my teammates and thinking that we did it.”

Sometimes that down side of athletics is that injuries can define a career. And while the injury bug looked to define Lynch’s time as a Royal, she didn’t let it, instead choosing to define her career by perseverance.

“Through each injury it seemed that Ella became more confident of her abilities to overcome challenges, and she learned how to push herself to stay positive even though she could have easily felt sorry for her self and given up,” Raser said.

Injuries have been a part of her past and her future. But again, she is looking to define her path in a positive light, aiming to help others struggling with injuries.

During her volleyball career, Lynch had anywhere between two and 10 trips to the doctors office due to injuries.

“When I was injured, I met with so many doctors and I got to see how they helped me,” Lynch said. “It was difficult and they supported me. I wanted to do that for others.”

Lynch is going pre-med at college, with the goal of going into orthopedics after seeing the medical professionals help her.

“All of it seemed really interesting to me, I built so many relationships,” she said.

After battling back from numerous injuries and setbacks, Raser knows Lynch is ready for the next step.

“Ella is a smart driven young lady,” Raser said. “I do know that overcoming injury, after injury, after injury and her ability to do this by pushing herself out of her comfort zone will help her in the challenges the pre-med will for sure throw at her.”

And as she looks to help people recover from injuries in the future, she has the background to give advice to those struggling with the aches and pains that can come with an athletic career. She knows that the mental challenges can overshadow the physical ones, so a positive attitude is key.

“I always felt like one day, it is going to get better,” she said. “If you keep working, you will get back.”