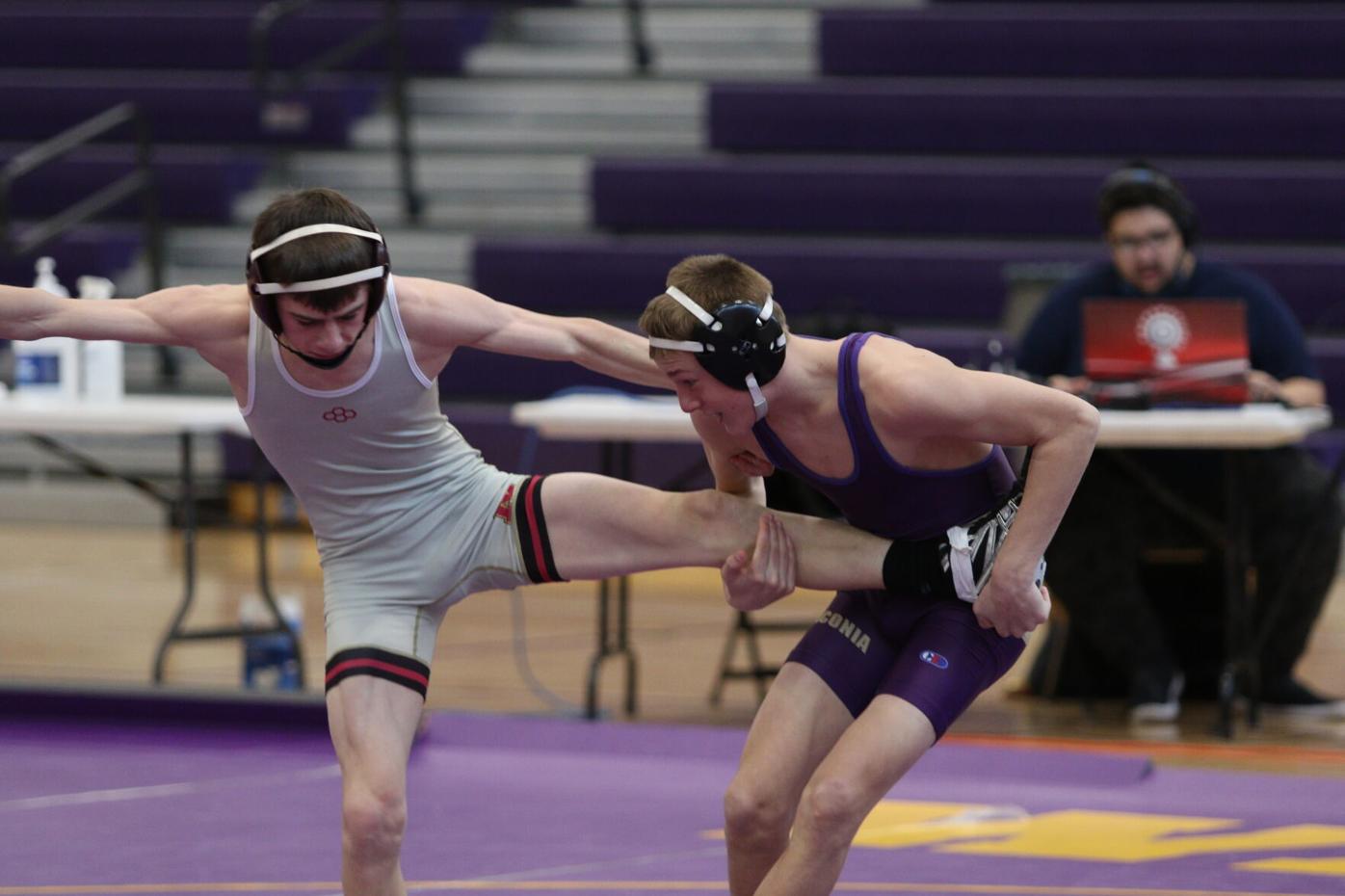 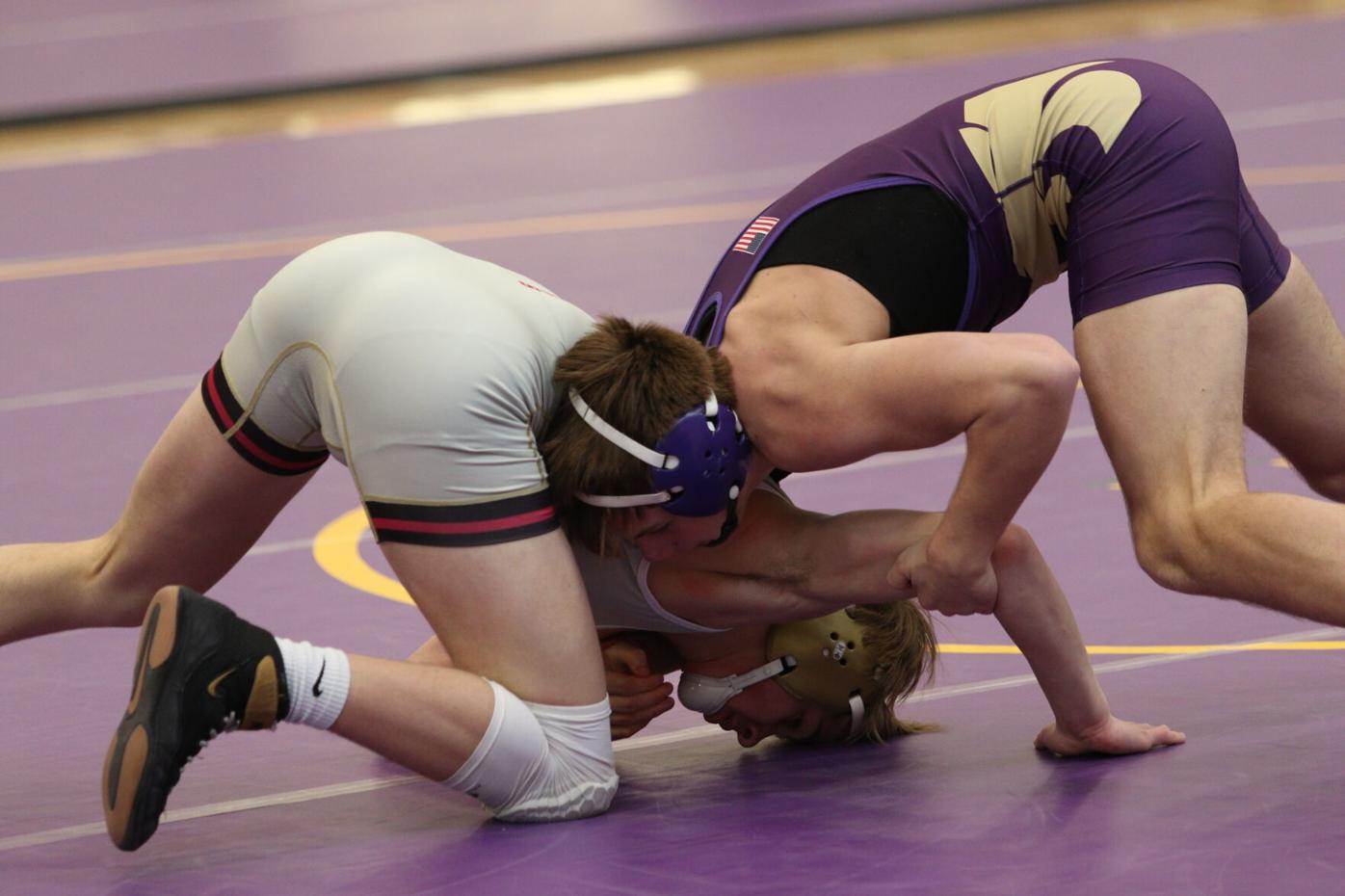 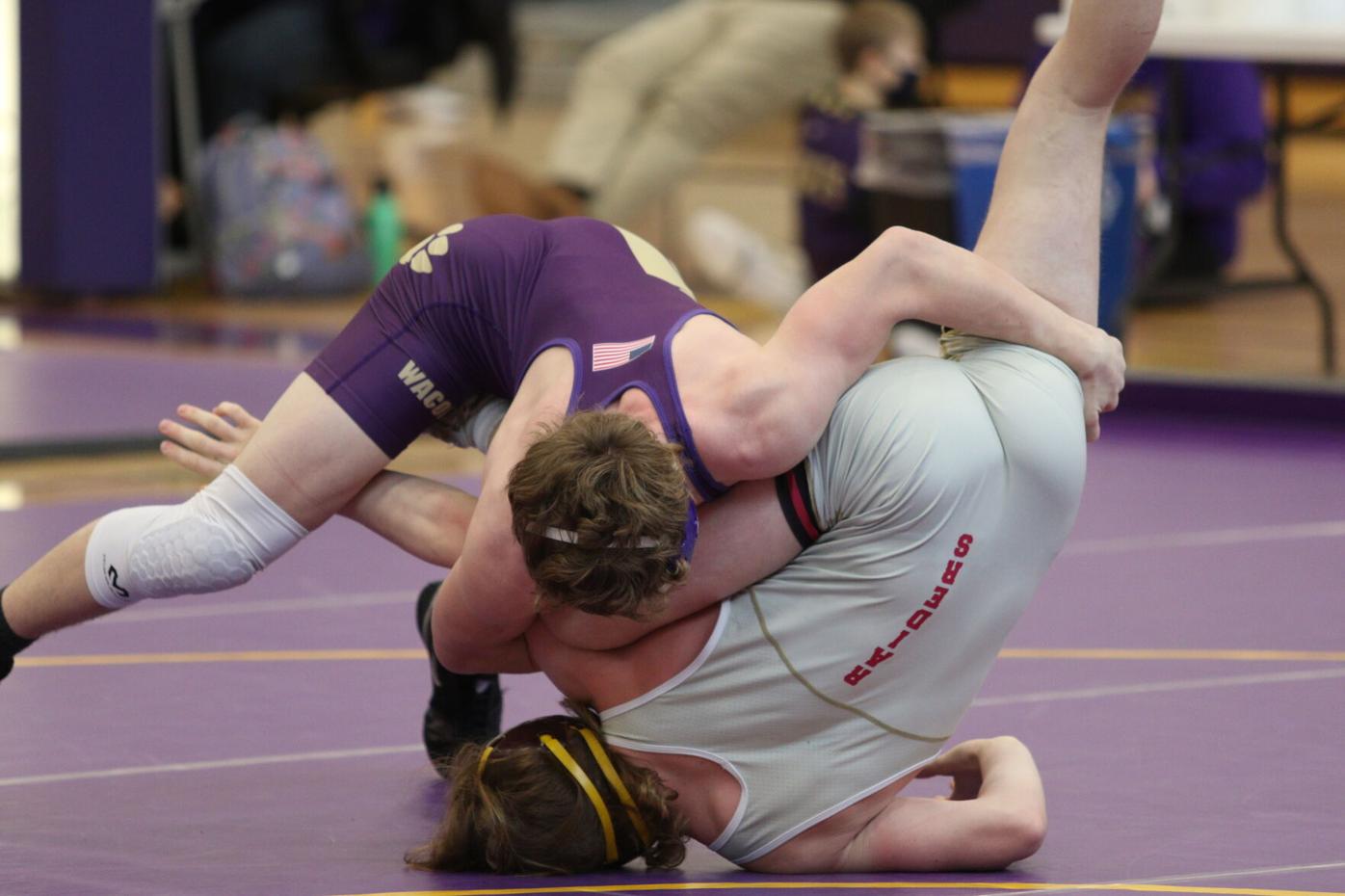 The Waconia wrestling team defeated two of the best teams in the state when hosting No. 6 ranked Northfield and Prior Lake (just outside the top 12), winning 44-30 and 37-31.

“They wrestled extremely well,” said coach Nick Hackman. “We are proving ourselves as one of the top teams.”

Against Northfield, the No. 8 ranked ‘Cats got ahead early after Maverick Mueller (106) won by forfeit, Lincoln Vick won by a 20-4 technical fall and Alex Torres (120) won by a 14-5 major decision. But the Raiders rallied to keep the result in doubt midway through the dual.

Yet Waconia got some clutch wins in some of the middle weights before running away with the dual thanks to five consecutive wins between 145 and 182 pounds.

Bradee Dwinell got things rolling with a 4-0 decision before Josh Wagener gave Waconia a six point swing in the final seconds of the 152 pound bout.

“I started off pretty slow with it, I got taken down right away, but at the end, I started to kick it in a little bit and the adrenaline rushed in,” Wagener said.

Wagener fell behind 2-0 early and could not manage to get an escape for much of the match. The 152 pounder did not give up however, escaping late in the third period before getting a quick takedown to end the match up 3-2.

“My coach told me to do my sit, and when I did my sit, it adjusted the move a lot better and I circled out,” Wagener said. “I got to my feet and got to my single, which im pretty good at, and finished my shot.”

But the win had implications beyond the score in that individual match, as Waconia would be able to clinch the victory with three matches to go and cruise to victory, while also elevating Wagener’s performance in the second dual of the day when he got a major decision victory.

“He needed a win like that when he’s down and sticks it out,” said Hackman. “That elevated him in his second match.”

Gage Mueller (160) then went on to win by a 16-0 technical fall, Alex Riley (170) won by forfeit, then brothers Max (182) and Sam McEnelly both won by fall. Sam McEnelly came out quick and got the pin in the first period.

“[I wanted to] wrestle my hardest and get off the mat as quick as I can, I wanted that pin,” said Sam McEnelly. “We didn’t really need it for the dual, but I don’t like to be on the mat for a long time. I like to try and pin my opponent.”

With the late run of wins in the dual, Waconia went on to defeat the higher ranked team by 14 points.

“We wrestled really good,” said Sam McEnelly. “They’re missing two kids but I don’t that affected the score that much.”

The Wildcats found themselves in a tight dual with Prior Lake, leading by one just over halfway. After Alex Torres won by a 17-1 technical fall, Levi Mueller won by forfeit, Dwinell won by fall and Wagener won by a 13-2 major decision, Waconia made an adjustment to the lineup, throwing eighth grader Cooper Jahnke in at 160. While Jahnke did not pick up the win, he allowed Waconia to adjust down the lineup and ultimately prevail despite trailing late.

“Jahnke wrestled really well against one of their best wrestlers and because of that, we were able to move every one up a weight,” said Hackman. “That dictated the rest of the dual.”

Riley would get a 12-4 major decision before Max and Sam McEnelly went on to get wins by fall, each in the first period. Sam McEnelly’s came when the score was knotted at 31-31 in the final match.

While the win may be closer than Waconia would have liked, they pulled out the victory after some touch matches.

The Wildcats took on Burnsville and reigning state champs Shakopee earlier in the week, defeating the Blaze 66-15 and losing 43-22 to Shakopee.

“We did our business against Burnsville and Shakopee was just the better team,” said Hackman.

“A lot of our guys don’t like accepting forfeits,” said Hackman. “They want to go out there and see where they’re at.”

While Max McEnelly, Gage Mueller and Riley continued to get big wins for Waconia in the upper weights against Shakopee (7-3, fall, 1-0), Maverick Mueller and Dwinell again proved to be strong up and comers for Waconia, winning by a 12-3 major decision and fall respectively. The freshmen duo has only one loss between them this year.