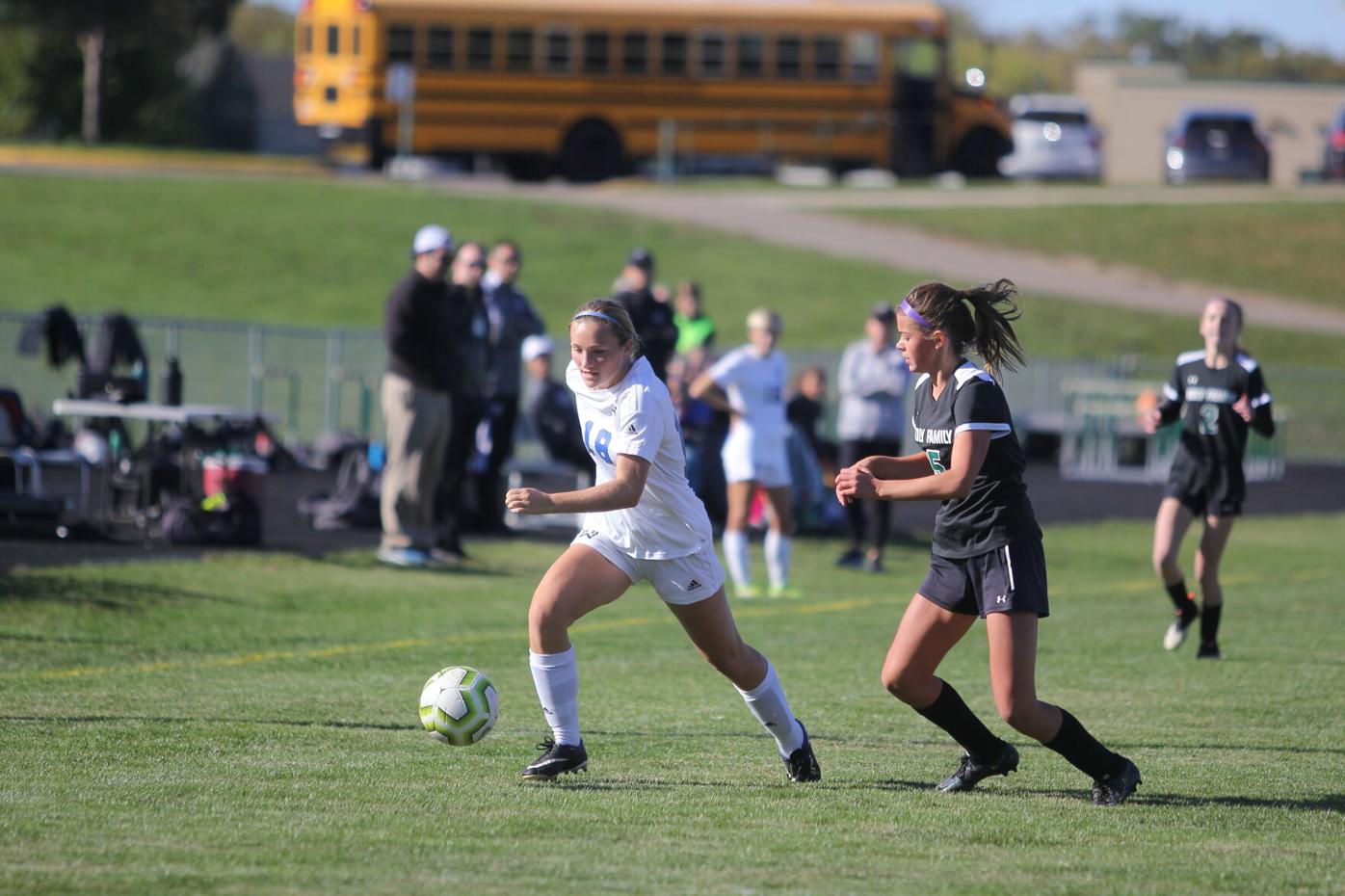 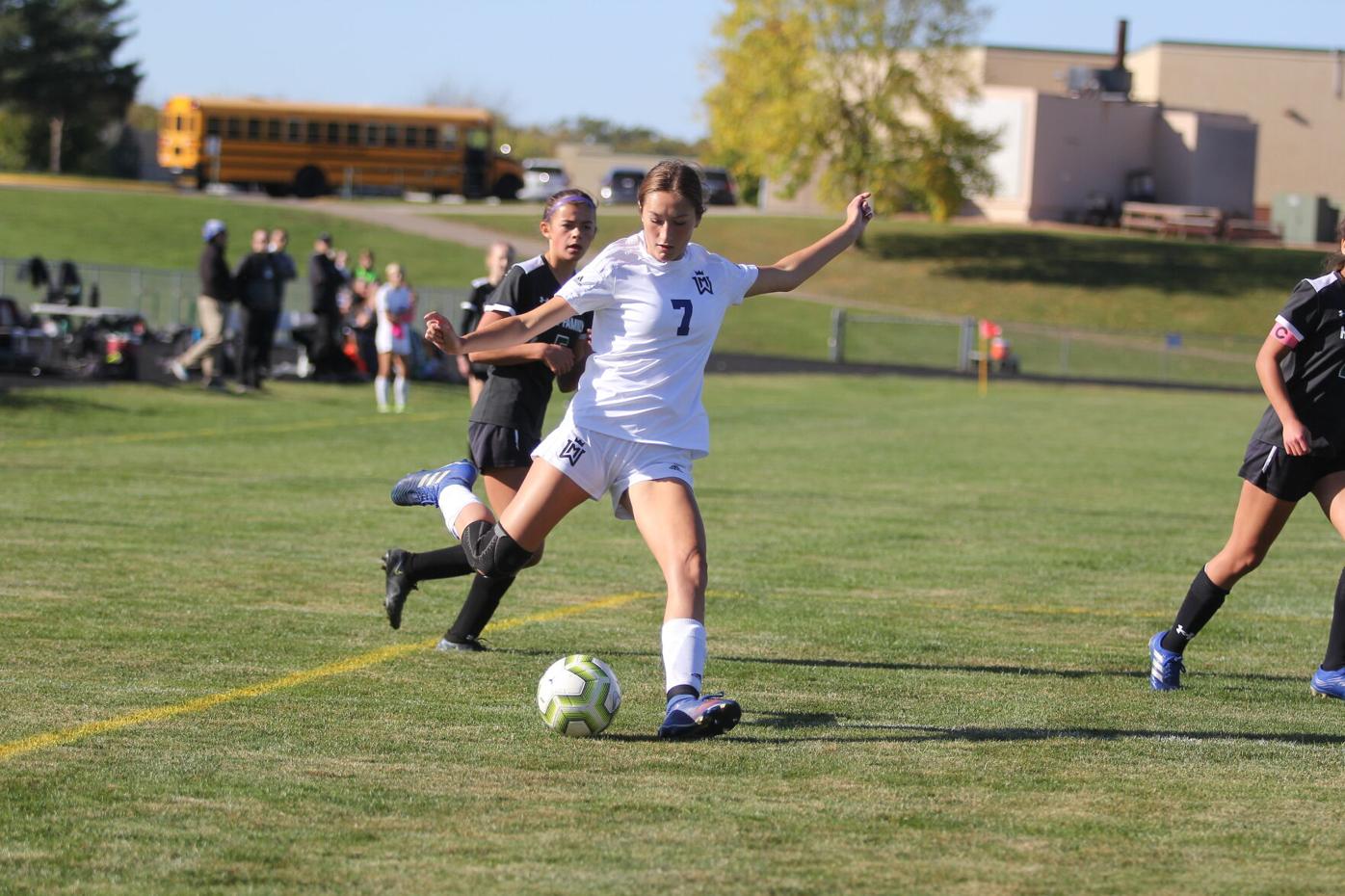 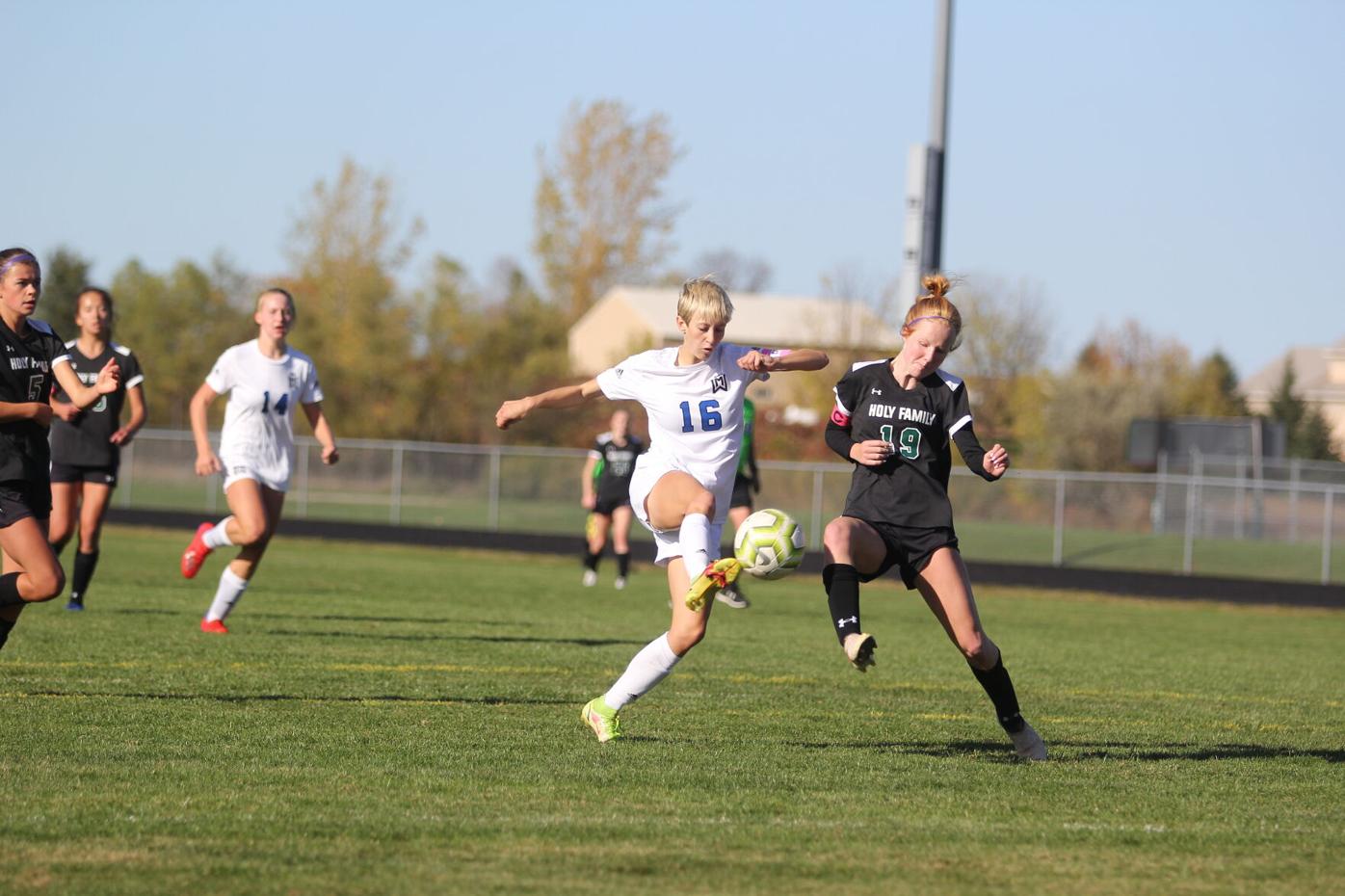 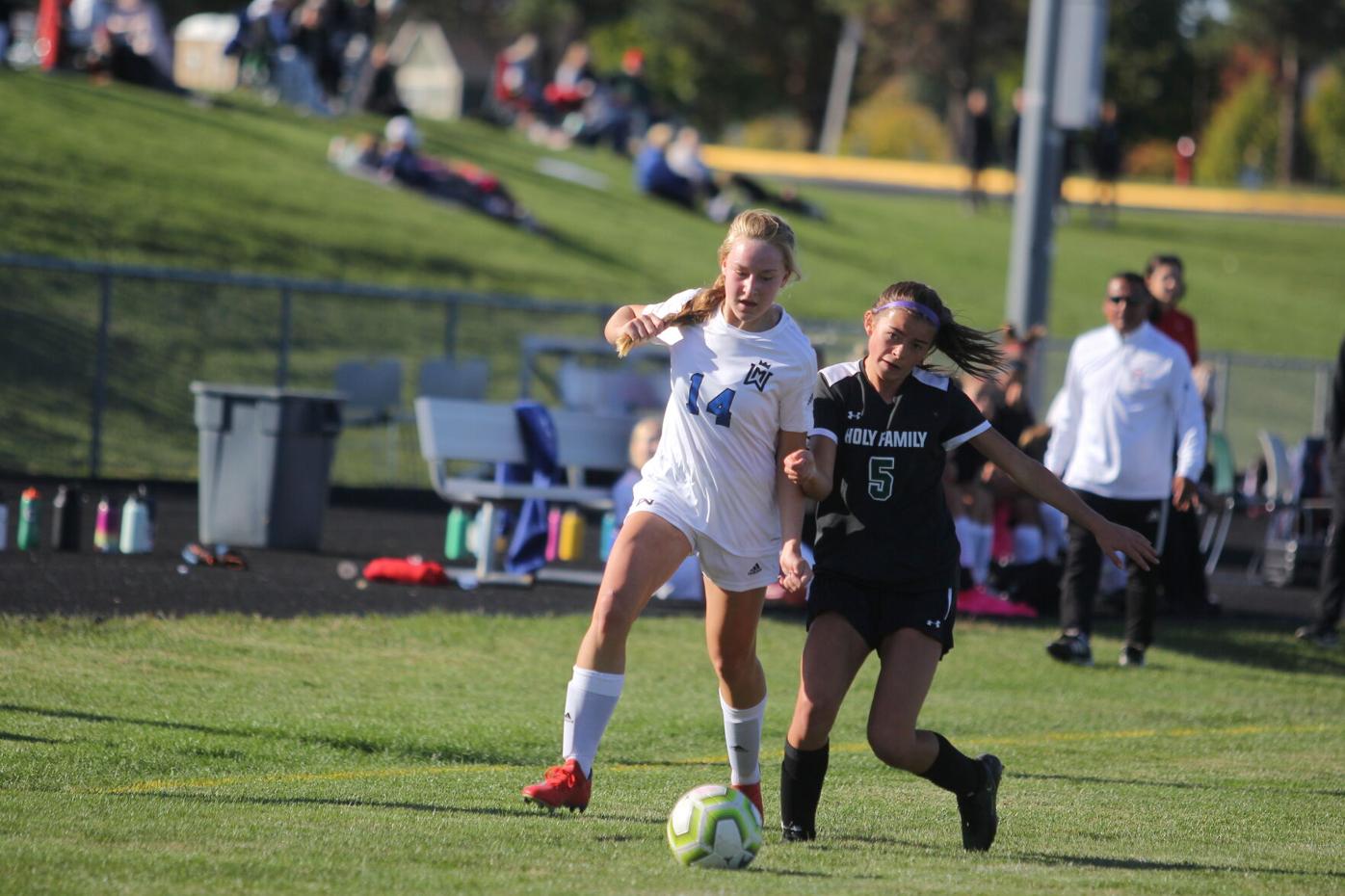 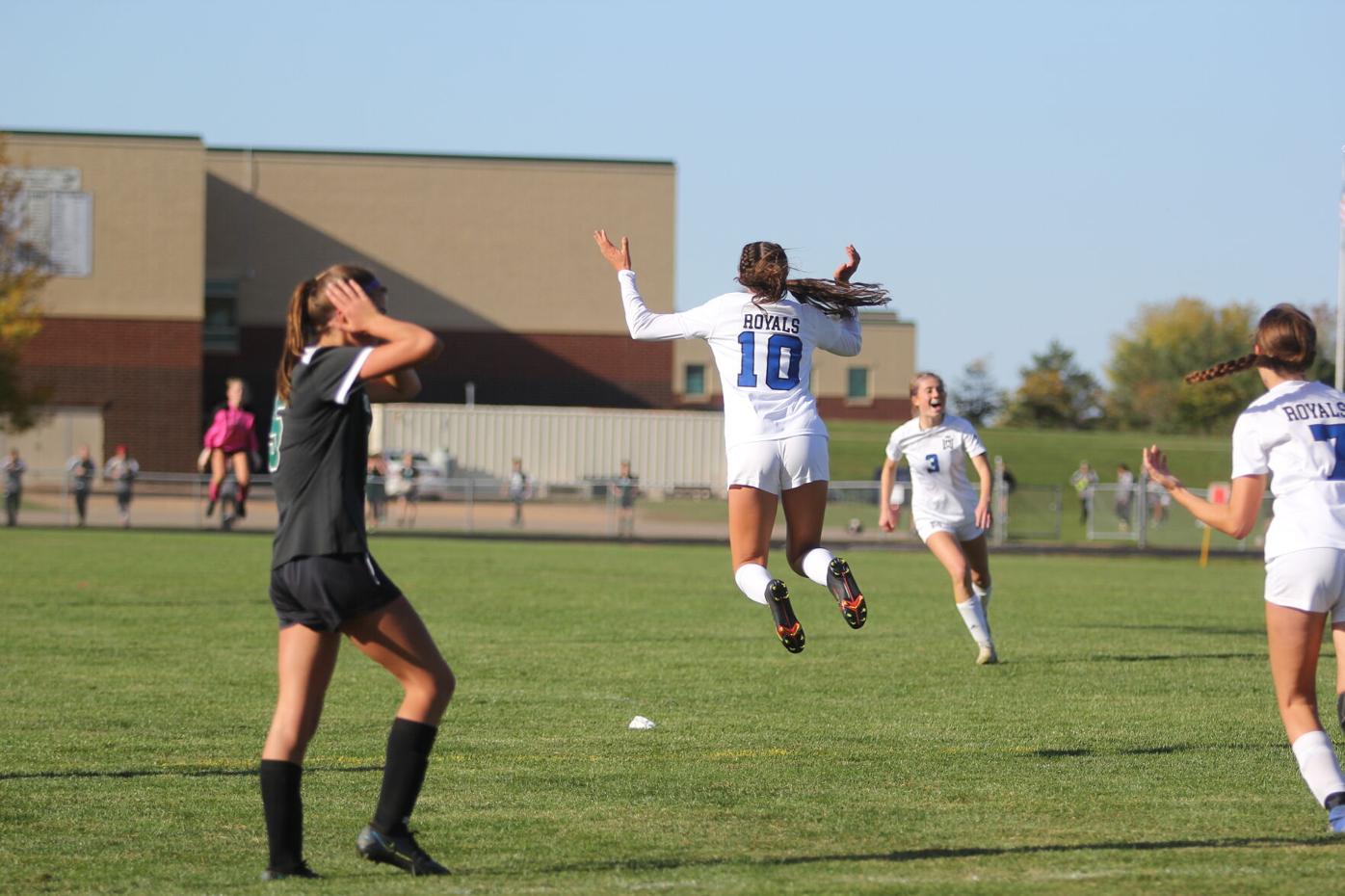 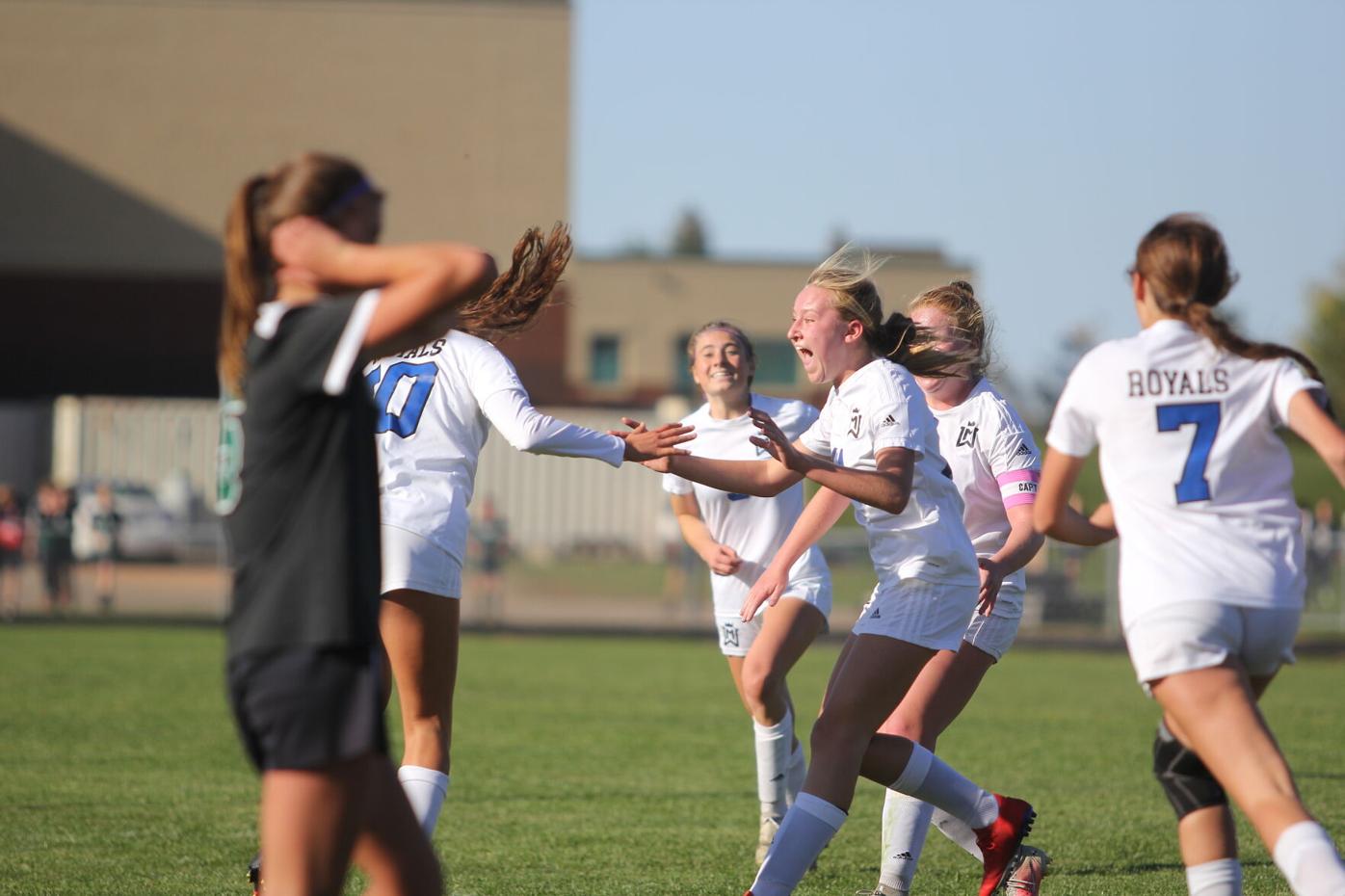 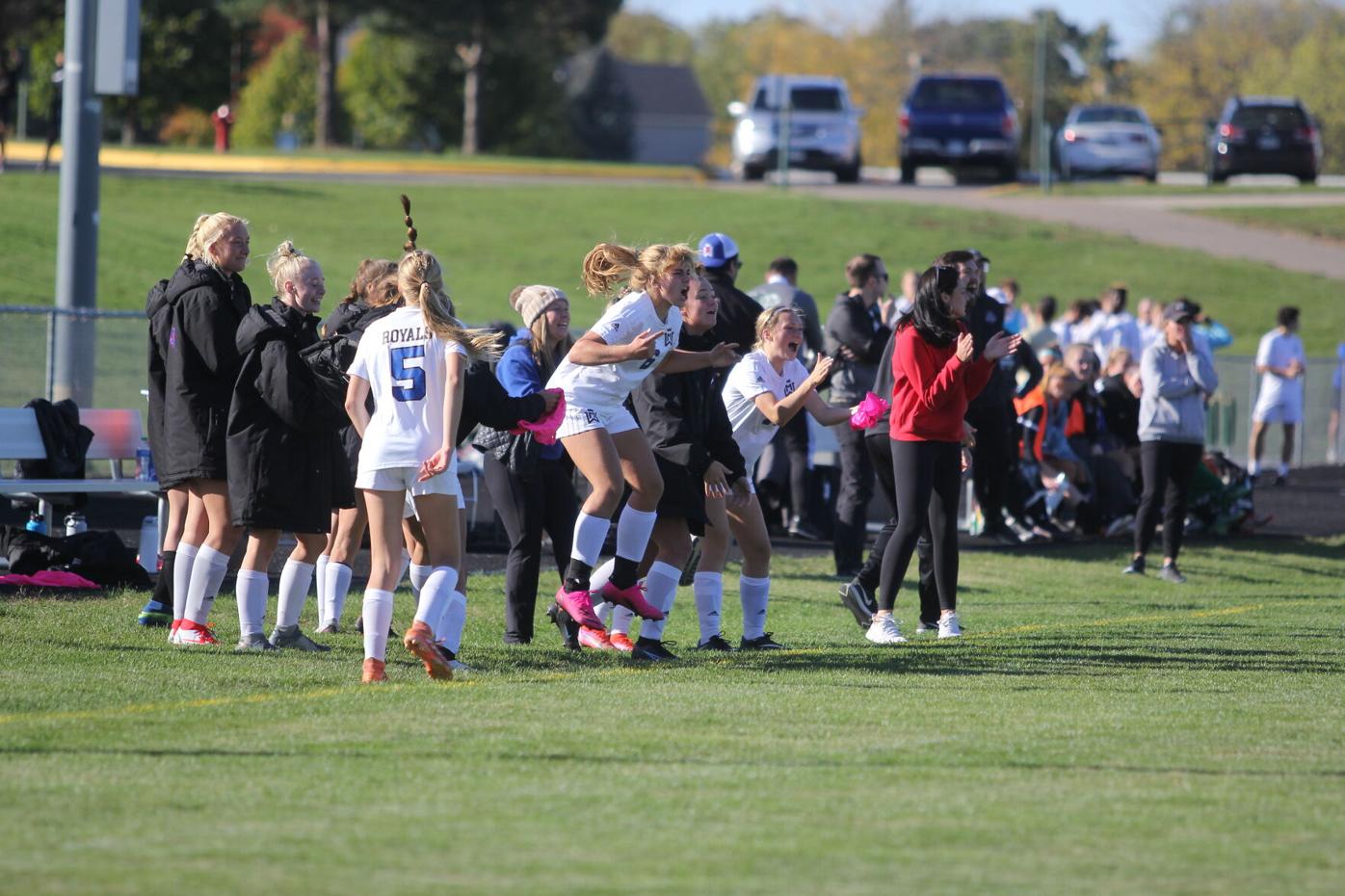 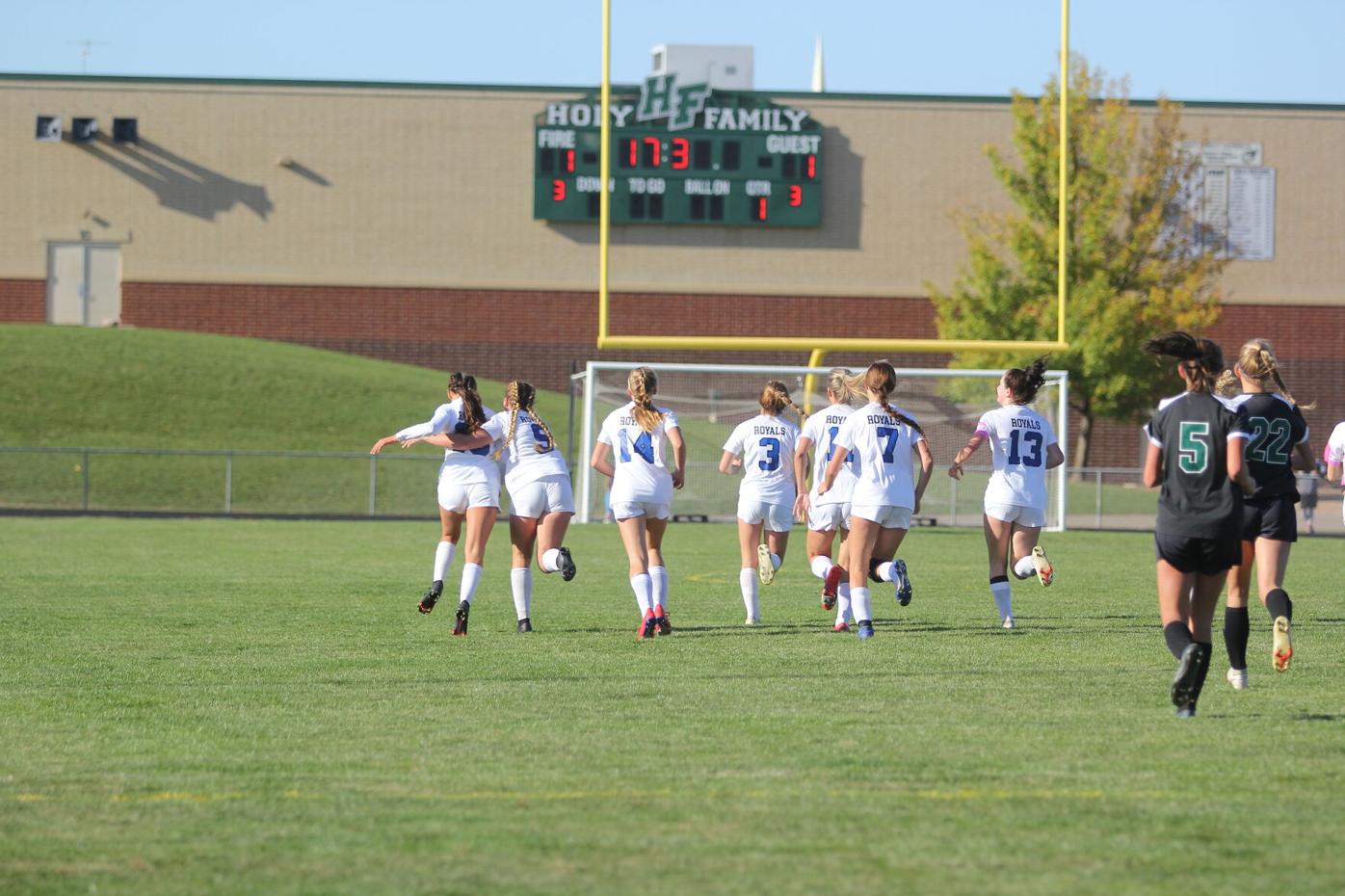 For the second time this season, the Watertown-Mayer girls soccer team went down to the wire with Holy Family Catholic, with the two sides going to overtime. Unfortunately for the Royals, they were on the wrong side of a 2-1 overtime loss.

“It was a scrappy game, but we still had opportunities to put it home,” said coach Joseph Perez. “It was a very physical game. We know that Holy Family is a strong, big team. We gave it our best shot, just came up a little bit short.”

While the Royals ultimately lost, they showed a lot of fight in the battle between the No. 2 and No. 3 seeds who were both ranked in the top six of Class A. The two sides went back-and-forth for 70 scoreless minutes until the Fire managed to find the back of the net.

Down 1-0 with 10 minutes remaining, the Royals held nothing back and threw everyone forward, taking out a defender and midfielder in exchange for a few more forwards.

“With 7 or 8 minutes left, we were going to lose by one or we’re going to lose by five, it really didn’t matter at that point,” said Perez. “We saw them move their best center forward to defense, so then I knew they had no offensive power and they were just going to try to defend that goal. So we put everything up top and hoped for something, some bodies thrown in the 6 [yard box] and something will happen, which happened. A corner kick where they couldn’t clear it. We were fortunate enough to score.”

With under a minute remaining, the ball was put into the box and bounced around several times before Eleanor Rundell got a boot on it and sent it into the back of the net to knot the game at 1-1 with just 17 seconds left in regulation.

“It felt like a little bit of payback,” Perez said. “They had beaten us the week before with like 7 seconds left, so it felt really good.”

The score may have surprised the Fire, but not the Royals. They had worked hard to succeed in moments like this when their backs were against the wall.

“That says a lot about the resiliency of the team, it is a very mature team, we have a lot of seniors, we had come back from bigger deficits,” said Perez. “To say we never gave up, it’s true. We have a motto that we refuse to lose. We have to play with that attitude, refuse to lose. The entire year we did not have anybody score more than two goals against us. We had fallen behind a few times and we came back and tied it or won it, so being behind was nothing out of the ordinary.”

Unfortunately for the Royals, the Fire would find the winner in the overtime, ending Watertown-Mayer’s season. While the Royals may have had eyes for more postseason success, there was plenty to be proud of about this season.

“It was an extremely difficult season - we played 12 out of 18 games away from home, yet we still won 13 games, that says a lot about our team, not many teams can say that,” said Perez. “For our seniors who have been around with me for over 5 years now, I wanted them to have that last year to go to state. That didn’t happen, but we accomplished a lot of things in the past couple of years. This past year we beat Waconia, which we had never done. We beat Monticello, which we had never done. Those sort of things build [a program], teaches the younger players that you can get things done. It felt good to get those victories. We had three players make the all-state team (Maris Heun, Megan Barnhart, Mercedes Burmeiester). So all those things are huge credits to the program and it has nothing to do with me. It’s about them working, wanting it. I just put the plan together and let them execute it.”

The Royals kicked off the postseason with a 3-1 win over Rockford. Heun scored a pair of first half goals assisted by Julia Otto and Hailey Bogema, then Heun assisted a goal by Carly Killian in the second half.