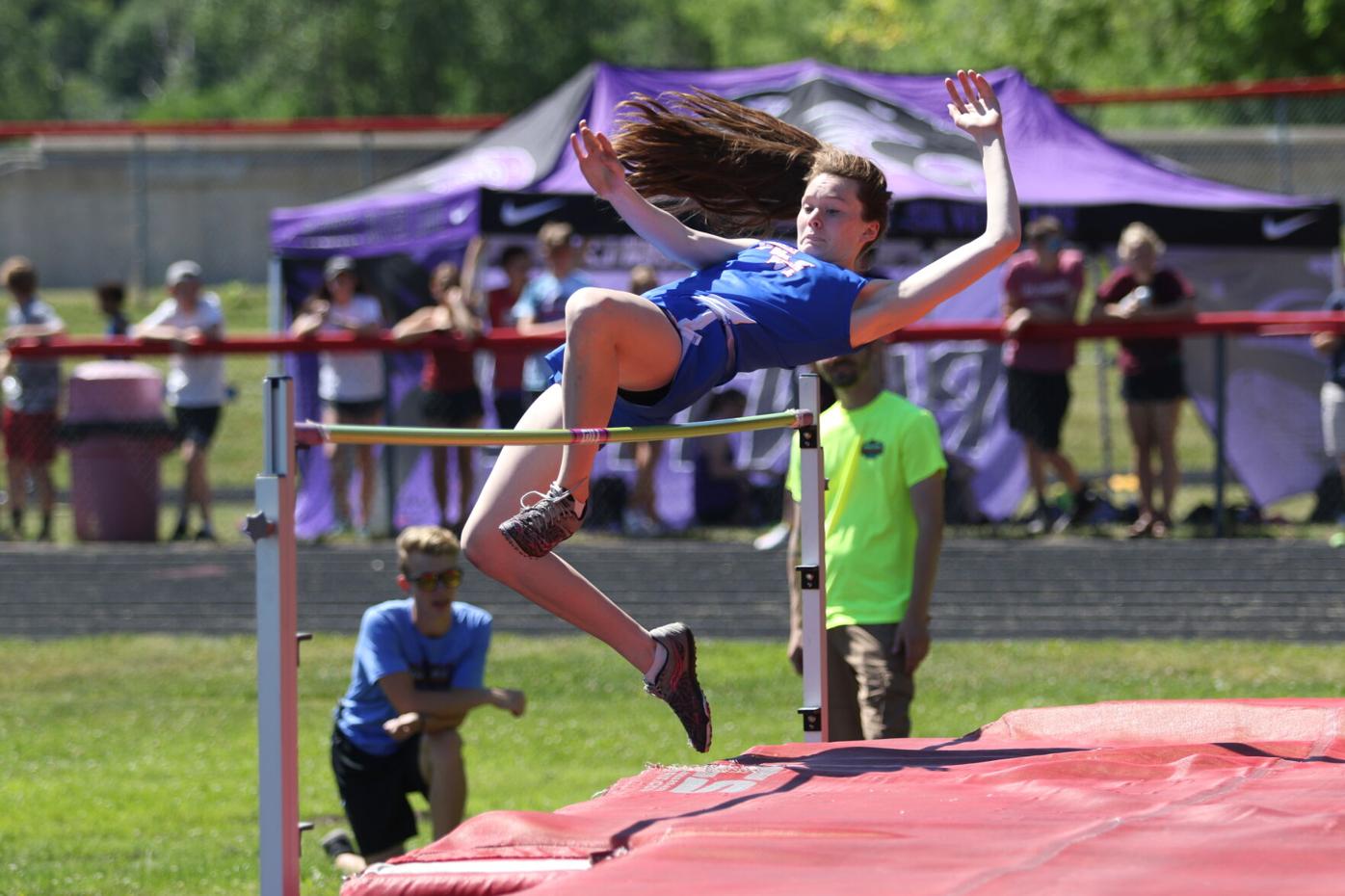 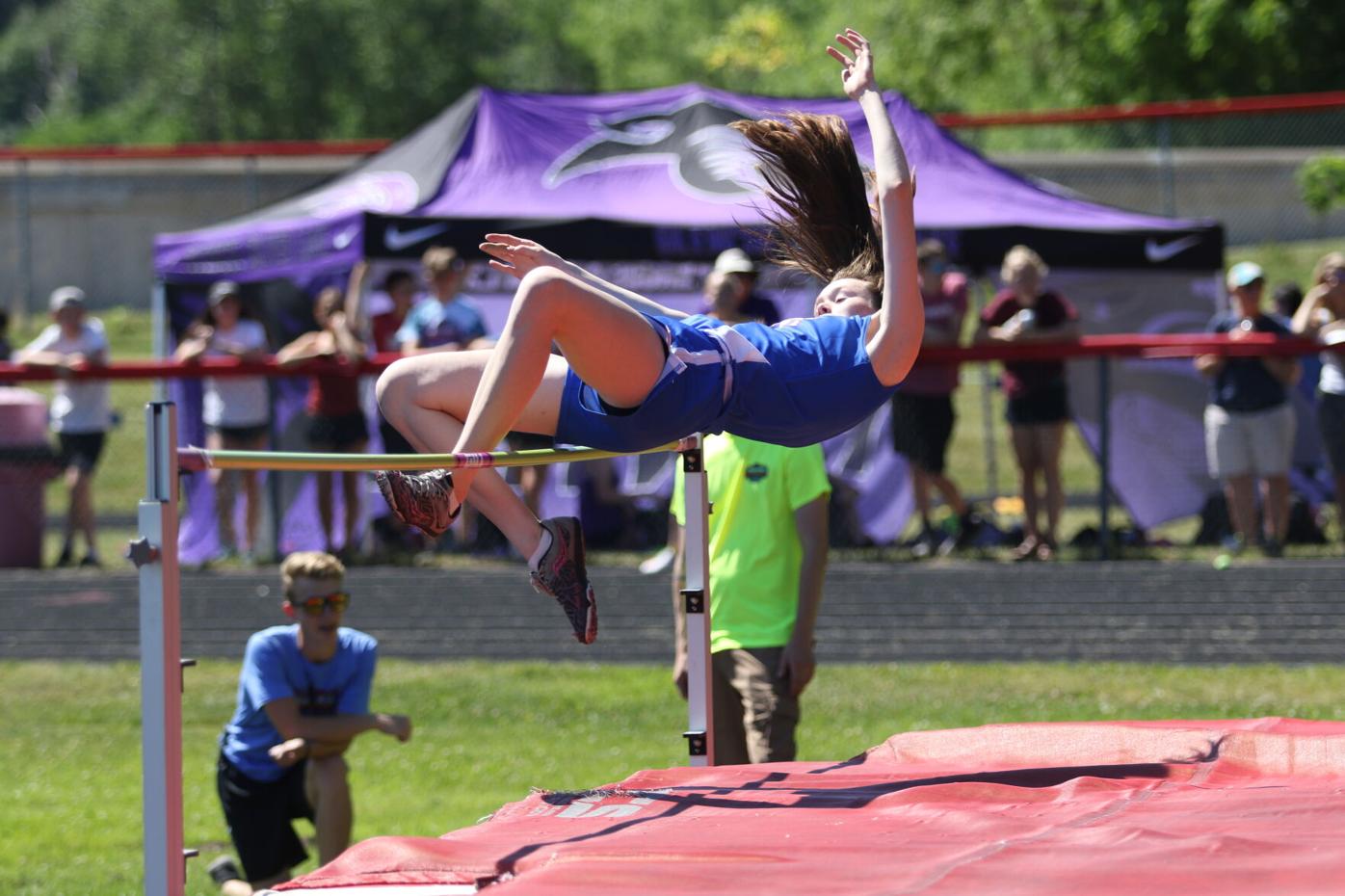 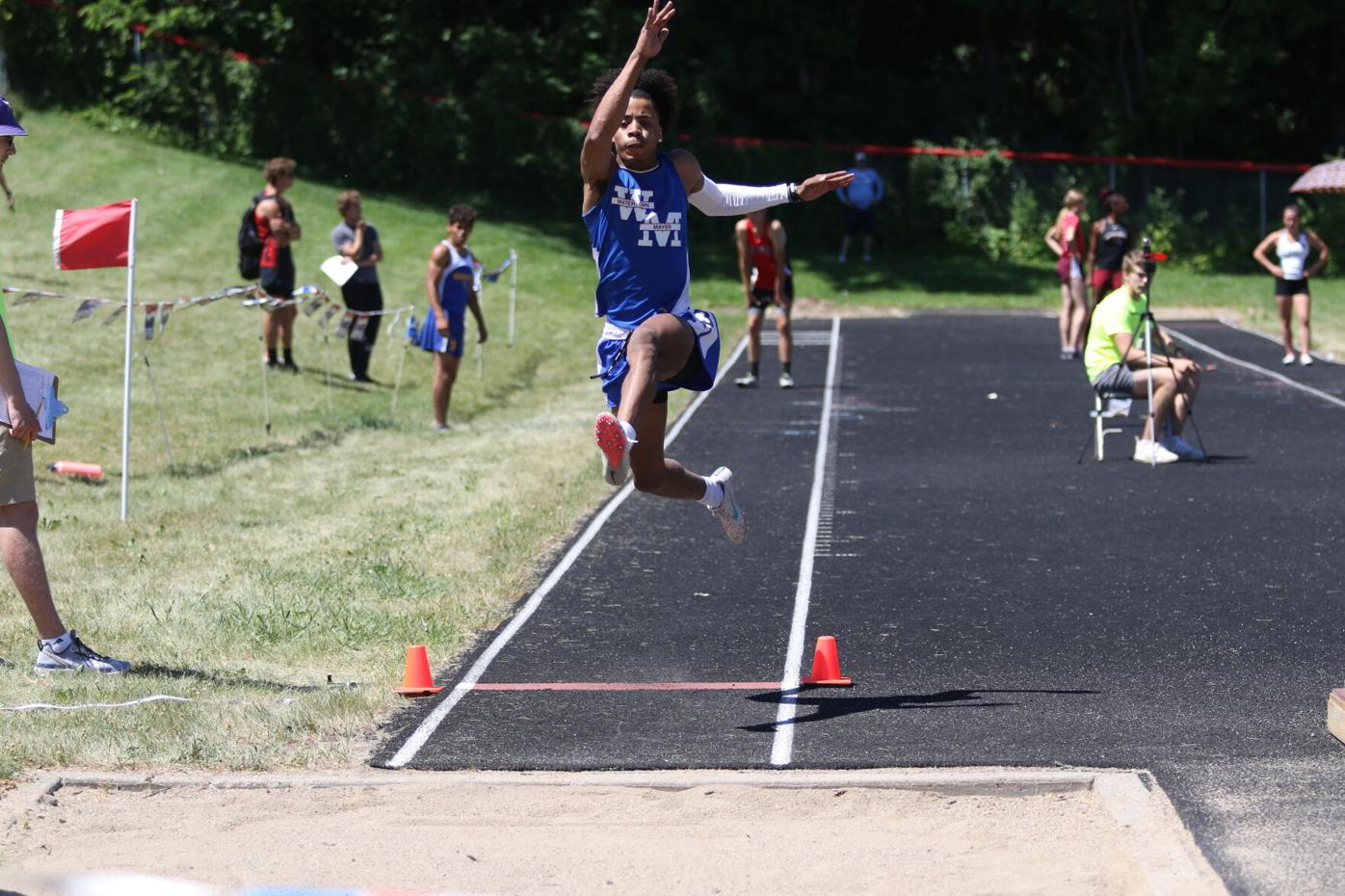 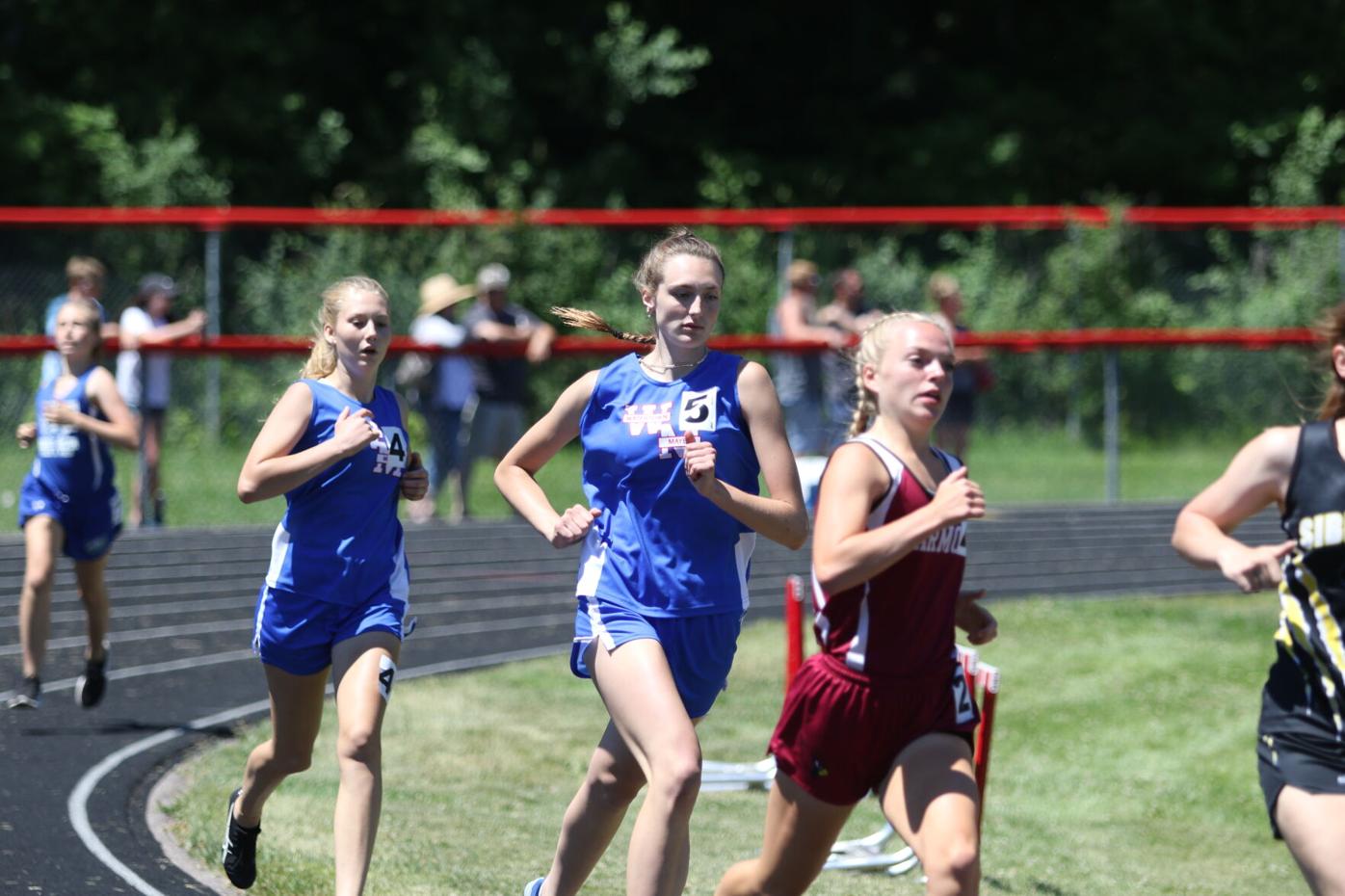 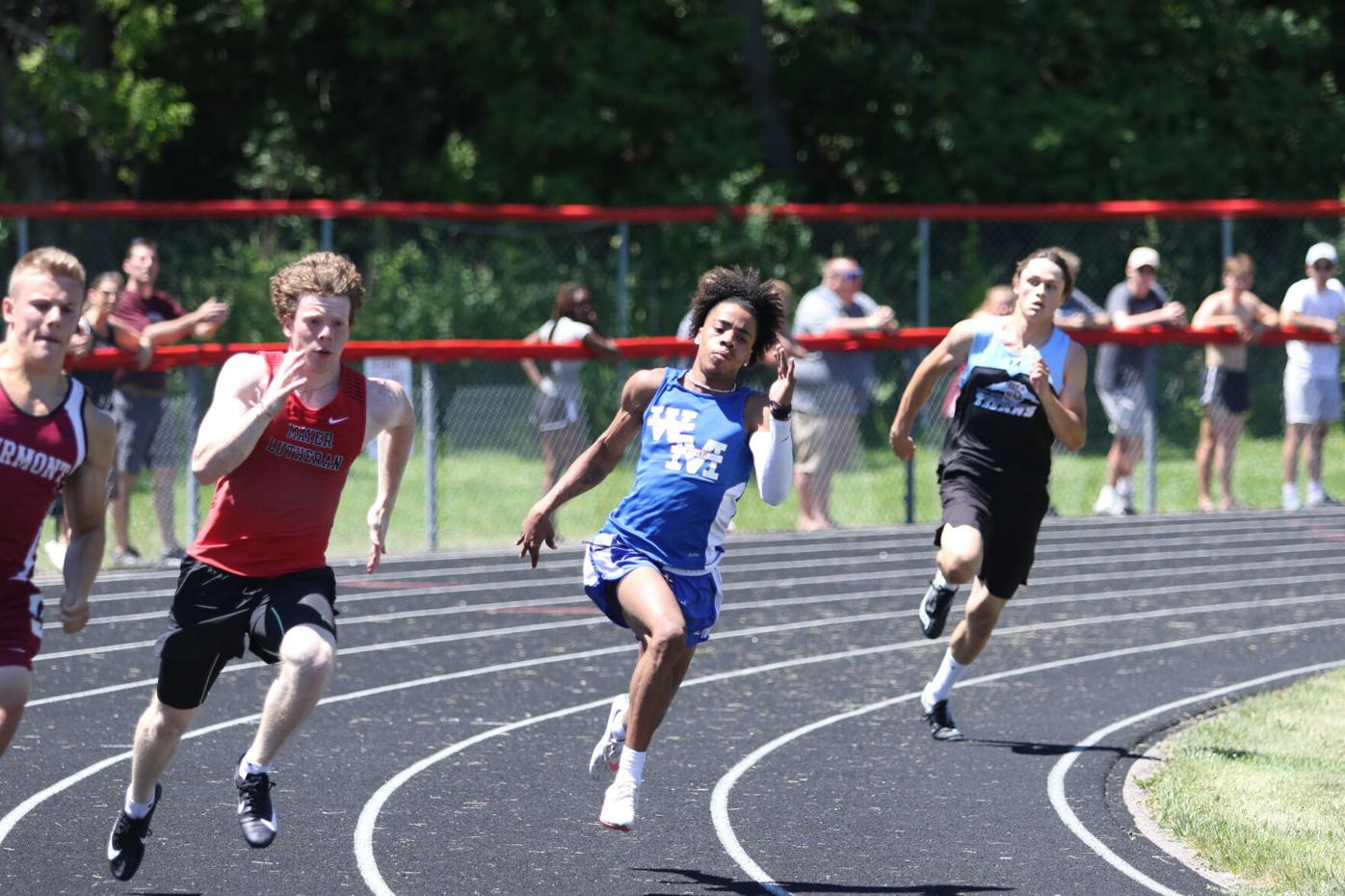 TayVaire Davis had never participated on a track and field team before this season, but you wouldn’t know it by the numbers he has been putting up this year. The Watertown-Mayer senior earned numerous first-place finishes in the 100 meter, the 200 meter, the high jump and long jump, eventually qualifying for the Section 2A Championships in all four events.

“My mom and step dad always pushed me and I’m really fast,” said Davis. “People always told me to run track. This year I finally listened and am doing good things.”

Davis’ spectacular year continued on Saturday in Mankato, where the senior qualified for the Class A State Meet in the long jump and high jump.

“[It feels] very good, my first year in track, it’s a very good accomplishment,” Davis said. “I’ve been doing good things this year. Hopefully I’ll be able to transfer it over into college and compete.”

While Davis started the meet with a personal record in the high jump by clearing 6 feet to qualify for state with a second-place finish, their was a hiccup in his best event, as he was disqualified in the 100. Davis rebounded however with a personal record in the long jump by clearing 20 feet, 5 inches. That first-place jump was nearly a foot better than the second-place finisher, and Davis capped off the day with a fourth-place finish in the 200.

Davis had been putting in the work the week leading up to the meet and it paid off with two personal records and a spot at the state meet.

“[It was] very nice weather and I’ve been practicing all week on my starts, my approach to the jump and my landing,” said Davis.

“[We have] very good coaching, always pushing the team and always making sure we are happy for ourselves and each other, and just do good,” said Davis. “This year has been very successful for me and my team.”

The Royals had a strong showing at the Mankato Meet Saturday, with five athletes competing at the meet – Davis, Joren Olson, Ava Heun, Maggie McCabe, Sophia Oscarson and Ashley Olson

“I think we got a good amount of people to sections this year too, even though a couple of them weren’t able to make it, I think as individuals, we persevered in all of our events,” said Ava Heun.

Heun ran in the 800 with Ashley Olson, with the duo finishing 3 seconds apart for 10th and 12th place

“I love having another person to run with,” said Olson. “It makes me run faster, want to compete harder and just to do better overall. And it helps with my anxiety too.”

Heun got the bonus of running with her teammate, setting a personal record in the event.

“It’s a big help to have her in my race so we can practice together,” said Heun. “We push each other and it’s just easier to have someone to do those things together so you’re not at it alone.”

Sophia Oscarson also had a better day than anticipated, besting her qualifying jump in the high jump to move up in the rankings.

“I was pretty happy with what I did,” Oscarson said. “I did better than how I was ranked, so it’s always nice to prove them wrong.”

While Maggie McCabe admitted that her performance in the long jump was not her best, she was proud of how her teammates and her made it this far.

“We’ve done really well, because at the beginning of the season, a lot of new people came out and having so many people advancing so far is fun to see,” she said. “It was super fun, a lot of us enjoyed it. It was fun to watch everybody else succeed in their events.”

While the Saturday meet was the end of the season for all but one Royal, it was a nice send-off that promises future success for the track and field team, with only two of the seven qualifiers being seniors.

“With such a small team, I think the amount of people we got here is pretty impressive and it’s good to see other people doing good - it encourages everybody to try,” said Oscarson. “We’ve had a really good team this year closeness wise - we’ve all been really supportive of each other and I think it’s nice to finish it out strong.”