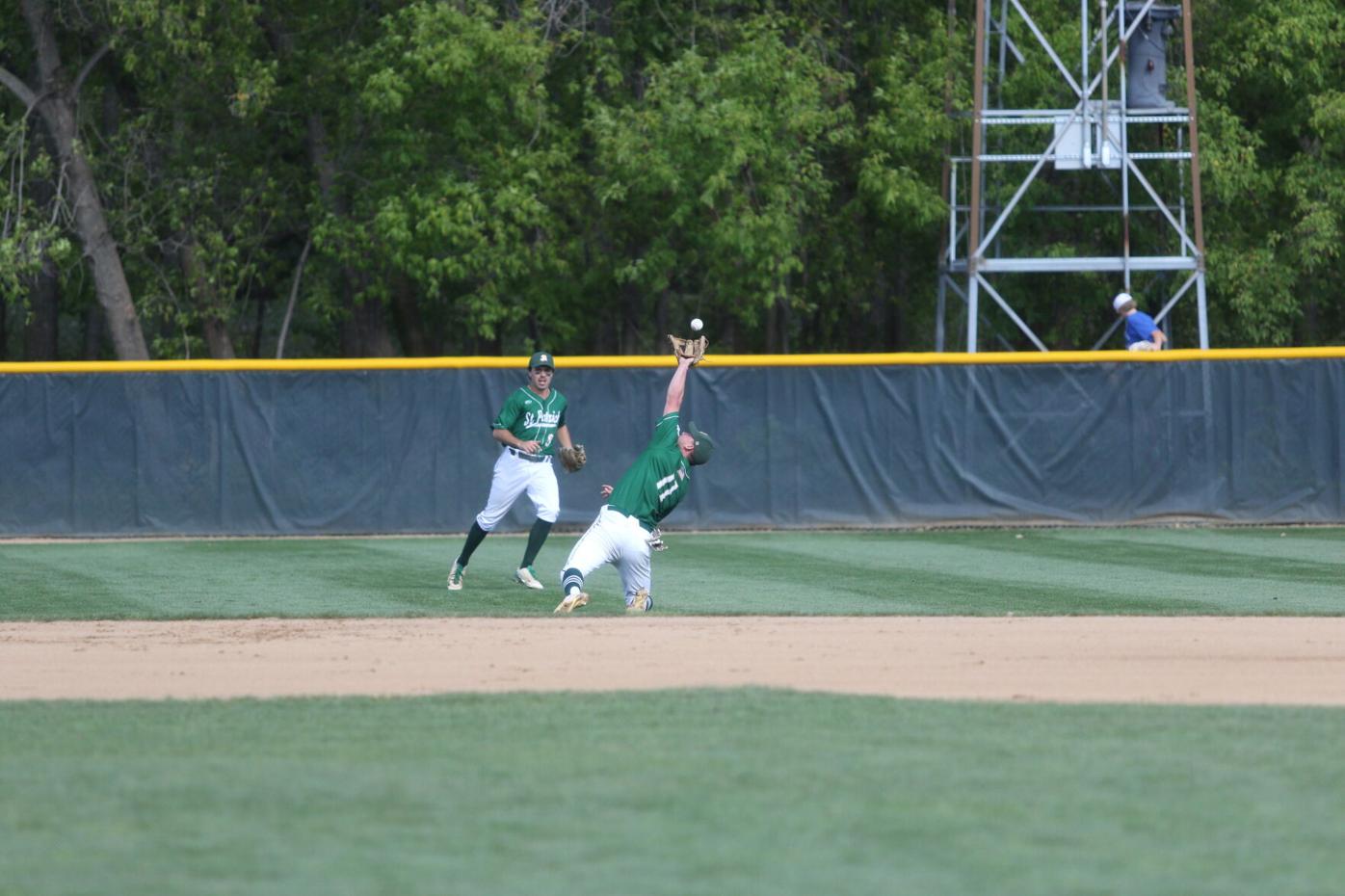 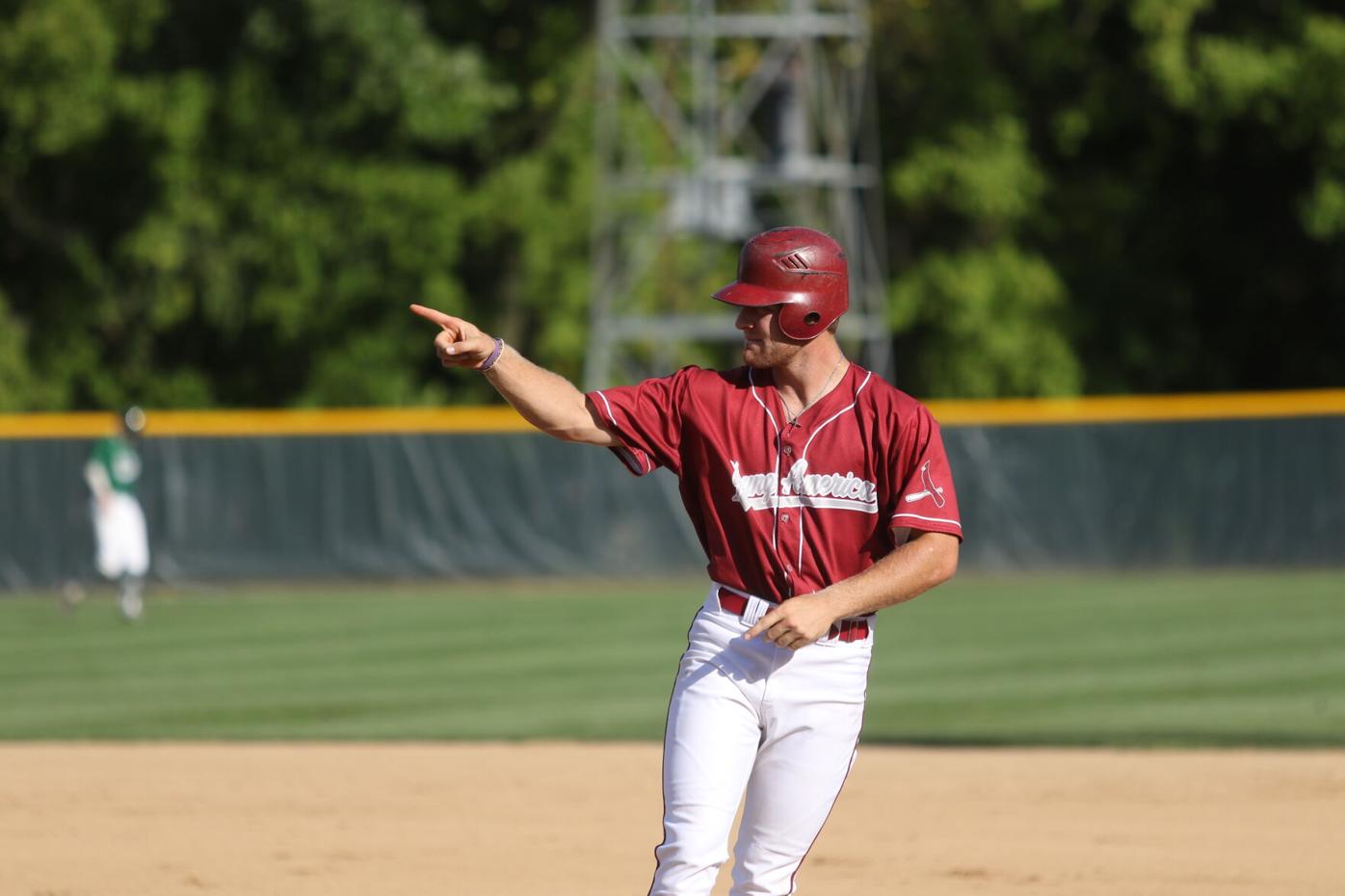 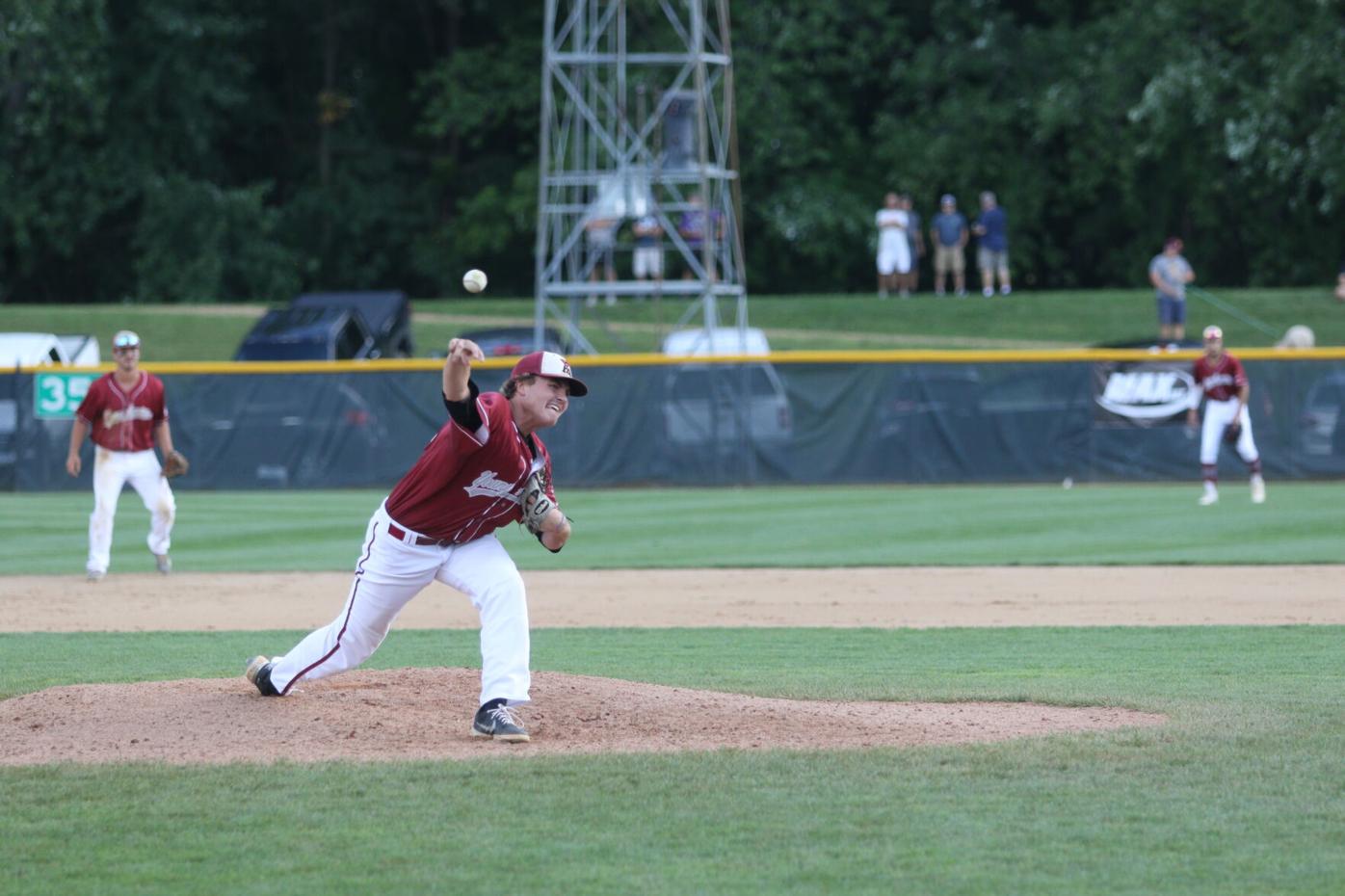 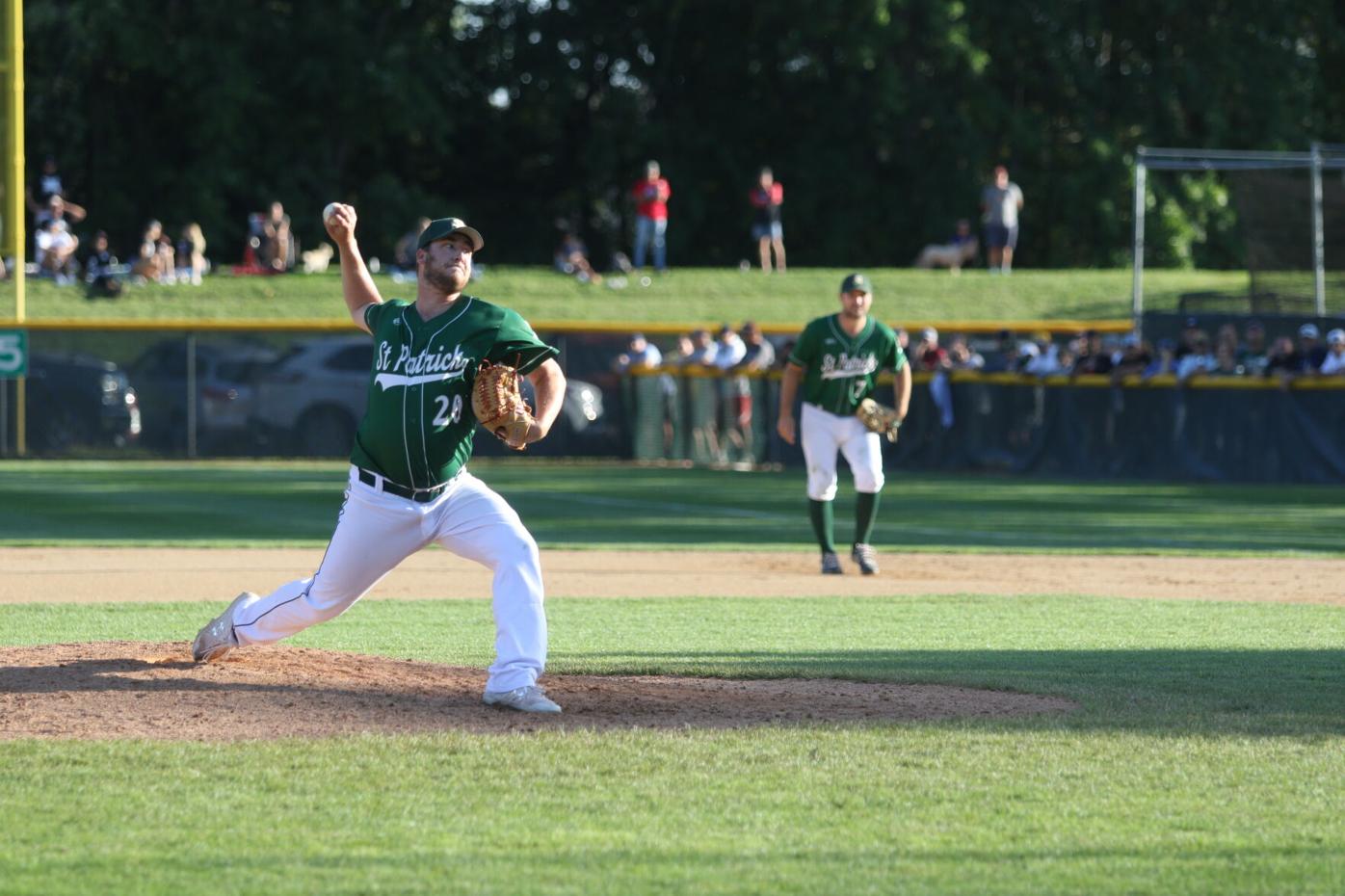 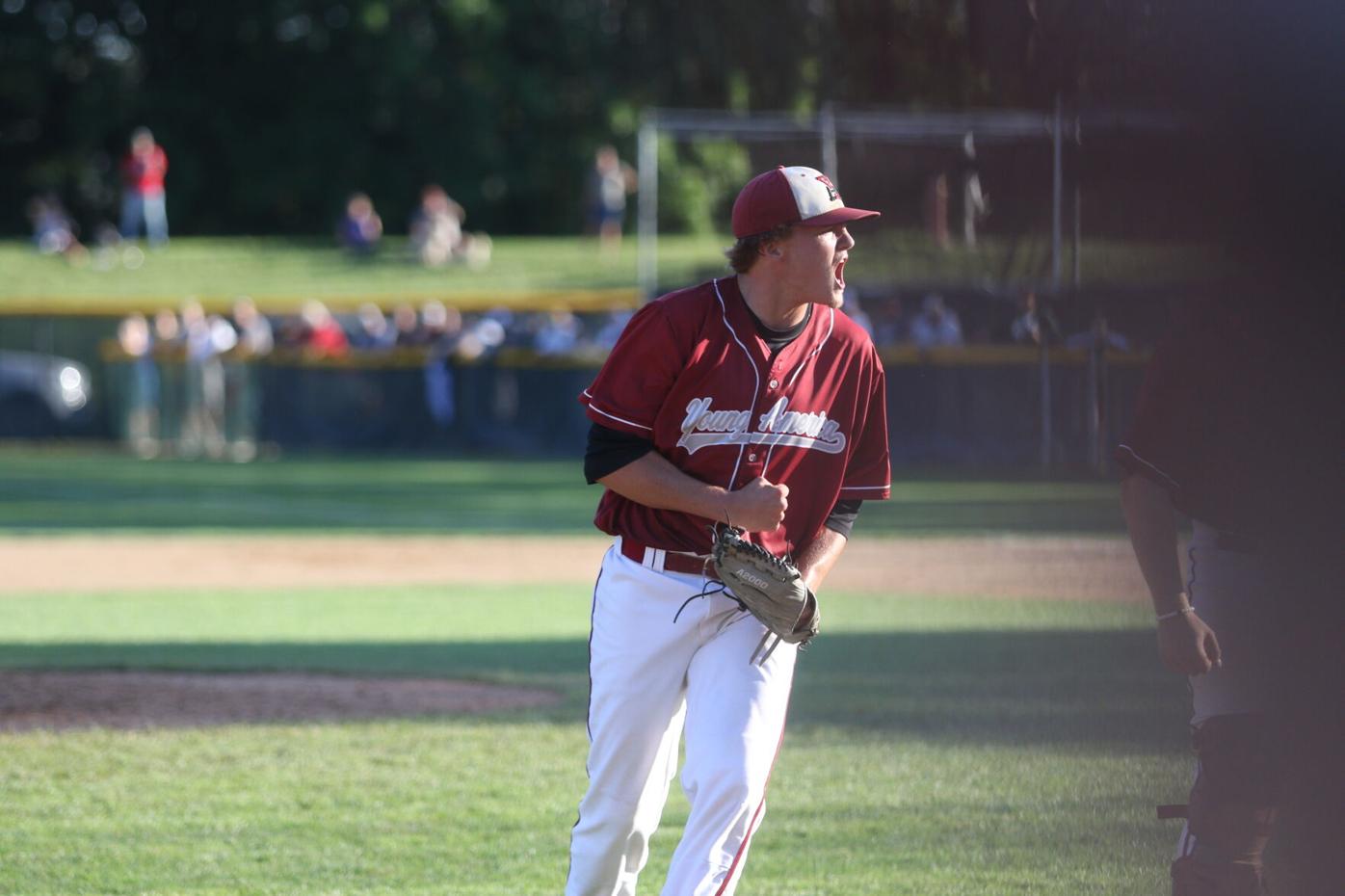 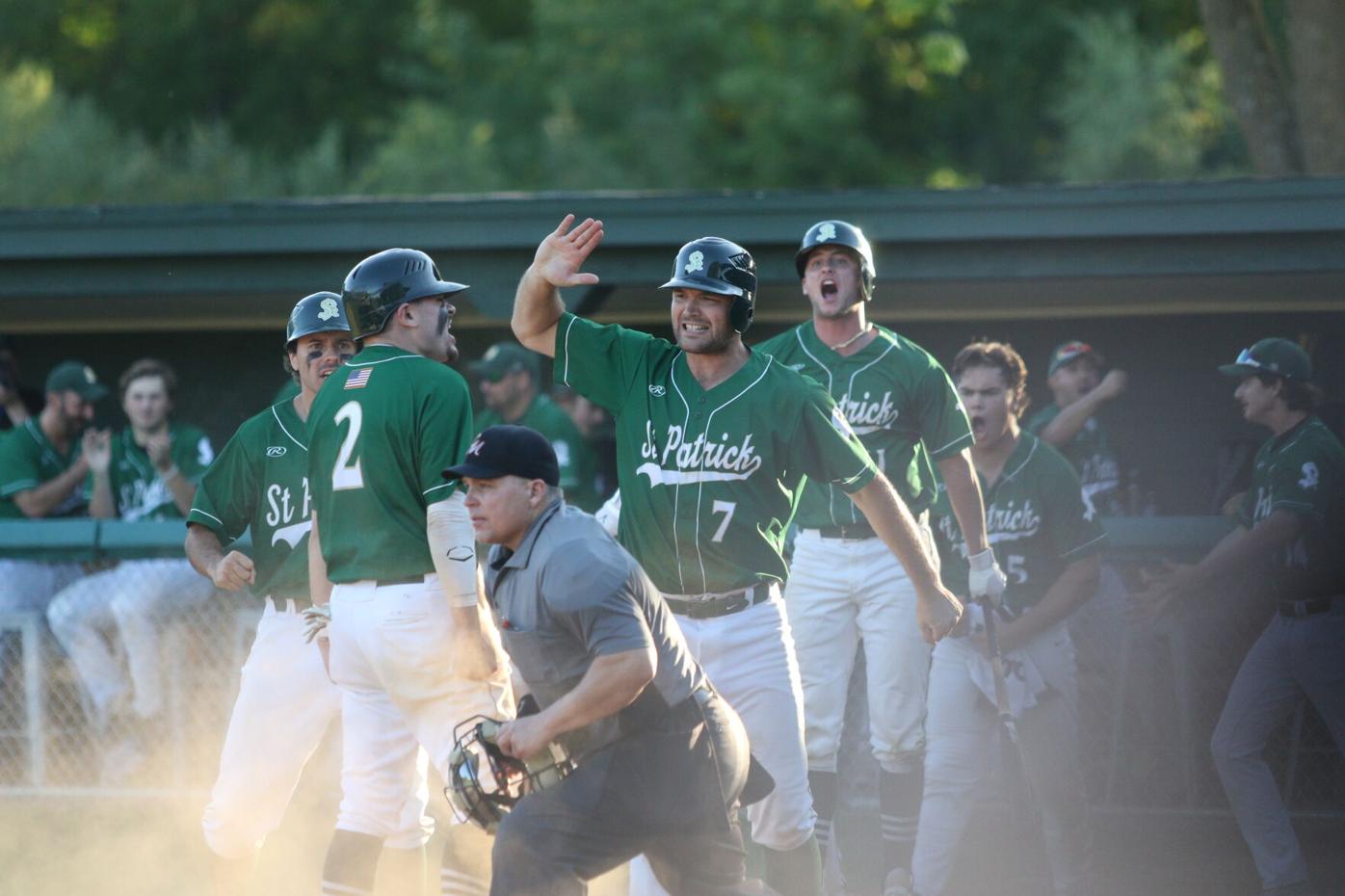 Kevin Kramer rounded the bases in the third inning for Watkins, hitting a single before a steal and an error put him on third and a grounder from Dan Berg had him sprinting home. That one run scored would be all the Clippers needed as their pitcher shut down St. Martin for all nine innings.

Watkins added some padding to their slim lead in the eighth, starting with back-to-back singles from Berg and Brenden Ashton. Justin Thompson then bunted safely to load the bases, with Carter block and Matt Geislinger driving in two runs to put the final score at 3-0.

Block led the offense with two hits and an RBI, while Kramer had a pair of hits as well. Berg, Ashton, Thompson, Nolan Geislinger and Lincoln Haugen each had a hit in the win, while Matt Geislinger finished with one RBI.

The Clippers take on the St. Patrick Irish Sunday, Sept. 5 at 11 a.m. in Chaska.

The Alexandria Black Sox got hits up and down their roster Saturday, with eight batters accounting for 11 hits. While they got offensive production from the entire lineup, no player delivered more than Eric Carlsen. With the game knotted at 3-3 in the seventh inning, Carlsen singled and scored on a Chris Curry double to provide what would be the winning run, then added some insurance with an RBI single in the ninth to send Alexandria on to the next round with a 5-3 win. Carlsen's three hits, two RBIs and one run helped the Black Sox overcome five errors on the day.

While Alexandria finished the game with big hits, the Lakers started with a monster hit. Following a walk to Luke Fobbe, Donnie Mavencamp belted the ball over the left field wall for a two-run homer to put Maple Lake up 2-0 in the top of the first inning.

The Black Sox got one run back a couple innings later, with Brady Bargau, Shawn Krueger and Carlsen stringing three hits together to drive in a run. Alexandria then took the lead when stringing four hits together in the third, as Curry Carlsen and Mitch Thompson each hit singles, then Krueger plated two on a fourth consecutive single.

Maple Lake would knot the game at 3-3 when Ben Goetz got on base, move over on a sacrifice bunt from Ben Reilley and a single from Matt Bergstrom and scored off the bat of Logam Orazem.

Blake Stockert earned the win in nine innings of work, striking out nine whilke allowing seven hits and two earned runs. Curry had two hits, an RBI and a run, with Travis Krueger adding to the offense with a hit and two RBIs.

Mavencamp led the Lakers with two hits, two RBIs and a run, while Fobbe also had two hits and a run.

The Black Sox take on the Waconia Lakers Sunday, Sept. 5 at 3 p.m. in Waconia.

With Dillon Whittaker putting together another strong start on the mound for Young America, it looked as if the Cardinals would move on in the state tournament and the righty would pick up his third win in as many outings. Whittaker limited the Irish two three hits and two runs over the first six innings, but St. Patrick doubled that output in their final two at-bats to erase a 5-2 deficit in Chaska Saturday evening.

In the seventh, Zak Endres walked and Matt Ambroz was hit by a pitch and moved over on a bunt from Jordan Goracke to put both runners in scoring position, then Jace Westman and Jack Friedges drove in two runs to draw the Irish within one run.

Then singles from Seth Ambroz and Kyle Rhodus had St. Patrick poised to take the lead. After a wild pitch, an intentional walk and a fly out, the Irish were one hit away from tying the game, but the Cardinals were one out away from getting out unscathed. Unfortunatey for Young America, it was St. Patrick that would get the winning play, as Goracke drove in two runs on a single that had Kyle Rhodus sliding home just before the tag to deliver the 6-5 win.

The Cardinals got out ahead early thanks to smarts and hustle on the basepaths. Matt Mann singled and scored on a double from Josh Lenz for the first run of the game, then Isaac Hormann hit a double and scored off the bat of Alex Logelin to put Young America up 2-0. The Cardinals then doubled their lead when loading the bases in the fifth, when Roch Whittaker plated Brice Panning and Logelin on a two-RBI single.

After Goracke and Jace Westman both drove in runners in the fifth to cut the lead in half, Cole Peters and Blake Pistulka both moved over after tagging on a fly out to first base, with an error sending Peters sprinting home for Young America's fifth run of the game.

For Young America, Logelin and Lenz combined for four hits and two RBIs, with Whittaker driving in two on one hit. Mann had two hits and Hormann had one.

After the Cardinals jumped out to the early lead, Trevor Divinski entered the game for St. Patrick and held Young America hit less over the next 3.67 innings with four strikeouts. Goracke led the Irish offense with two hits and three RBIs, Westman added two RBIs and Friedges had one as well. Friedges, Rhodus, Endres and Matt Ambroz each had one hit.

The Irish take on the Watkins Clippers Sunday, Sept. 5 at 11 a.m. in Chaska.

The Skis rode a stellar outing from Caleb Strack to advance to the next round of the state tournament, as the Randall draftee earned a complete-game shutout win Saturday morning in Waconia. Strack fanned 11 batters in nine innings of work, allowing just two hits in the win.

Sobieski earned an early lead on back-to-back doubles from Josh Wenzel and Jake Kapphahn, with an error helping them get the second run across to go up 2-0 in the second inning.

The Dumont defense would settle in and hold the Skis scoreless for the next three innings, before the Skis added three runs to their lead later in the game. Dusty Parker plated Wenzel in the sixth, Scott Litchy plated Beau Hanowski in the seventh and Wenzel scored on an error in the eighth.

Kapphahn had two hits, two RBIs and a run to lead the Skis, while Litchy and Parker each had a hit and an RBI. Wenzel scored three runs with one hit. Beau Hanowski scored one run on one hit and Collen Eckman also had a hit. Hirsch had one RBI.

Paul Zach and Jordan Roos had the lone two hits for the Saints.

The Skis take on the Sartell Muskies Sunday at noon in Waconia.

For the third consecutive game, the Red Devils pulled out a win thanks to one big inning, though this time it may have been closer than they would have liked. Watertown erased a one-run deficit with a five-run inning in game one of the state tournament, then had a four-run inning in game two to pull away from a tie game. But in Saturday's matchup in Waconia, the Red Devils trailed 3-0 going into the eighth inning before they found their magic.

Andrew Nichols and Matt Butller both singled and an error put Jadrien Keavy aboard to load the bases. Patrick Tschida plated Watertown's first runner of the game before Ben Smith belted out a double that sent three Red Devils across home plate. Matt Butler then capped off his relief performance with a 1-2-3 inning, earning the win in four innings with 10 strikeouts, one hit and no earned runs.

The comeback win came after a strong outing for Waterville draftee Dalton Grose, who held the Red Devils to just two hits in five innings with seven strikeouts.

The Expos earned the early lead with three one-run innings. Matthew Werk plated Travis Noren in the third inning, Luke Johnson batted in Jake Schrieber in the fourth and Schrieber was struck by a pitch in a bases loaded situation to put Eagle Lake up 3-0 in the fifth.

Tschida led the Watertown offense with three hits and an RBI, with Smith tallying three RBIs on one hit. Butler had two hits, while Nichols and Mitch Kelzer each had one.

Werk, Schrieber and Johnson each had a hit and an RBI in the loss for the Expos. Tony Ross and Owen Atherton both had one hit.

The Red Devils take on the winner of the New Ulm Brewers and Milroy Yankees matchup Sunday, Sept. 5 at 1:30 p.m. in Chaska.

The Yankees tallied hit after hit Sunday night in Chaska, piling up 15 hits. But it wasn't until their final at-bat of the game when they finally pushed past the Brewers to keep their season alive.

Milroy out-hit New Ulm 13-3 over the first nine innings but found themselves in a 3-3 deadlock that forced extra innings. Then in the 10th, the Yankees tallied their 14th and 15th hits of the game, which delivered the walk-off win. Jackson Hughes bunted to reach safely and moved to second on a sacrifice bunt from Jake Tauer. Andy Schmidt then plated the winning run on a walk-off single to the relief of Yankees fans that saw a potential winning run tagged out at home plate just one inning before.

The two sides exchanged runs in the first inning, with Hunter Ranweiler plating Judd Davis (who doubled) for the Brewers and Derek Rasmussen drove in Tauer after a pair of singles from Tauer and Bauer. Davis would score again in the third after several errors and a hit from Justin Hoffman and a walk to Josh Seidl, a single from Davis and an error resulted in another New Ulm run that put them up 3-1. Aaron Mathiowetz quickly tied the game however with a two-RBI double in the bottom half of the inning.

The Yankees take on the Watertown Red Devils Sunday, Sept. 5 at 1:30 p.m. in Chaska.