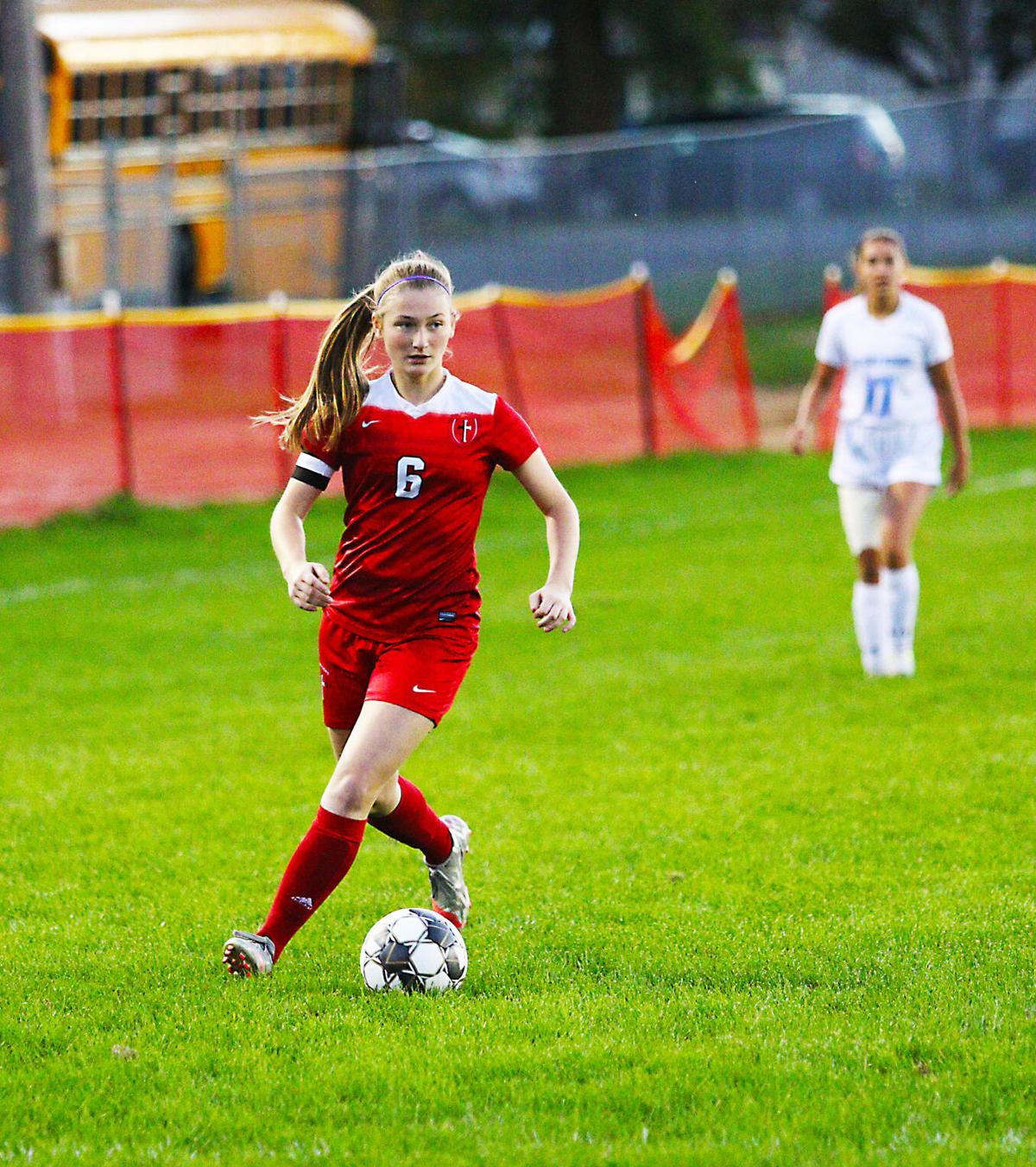 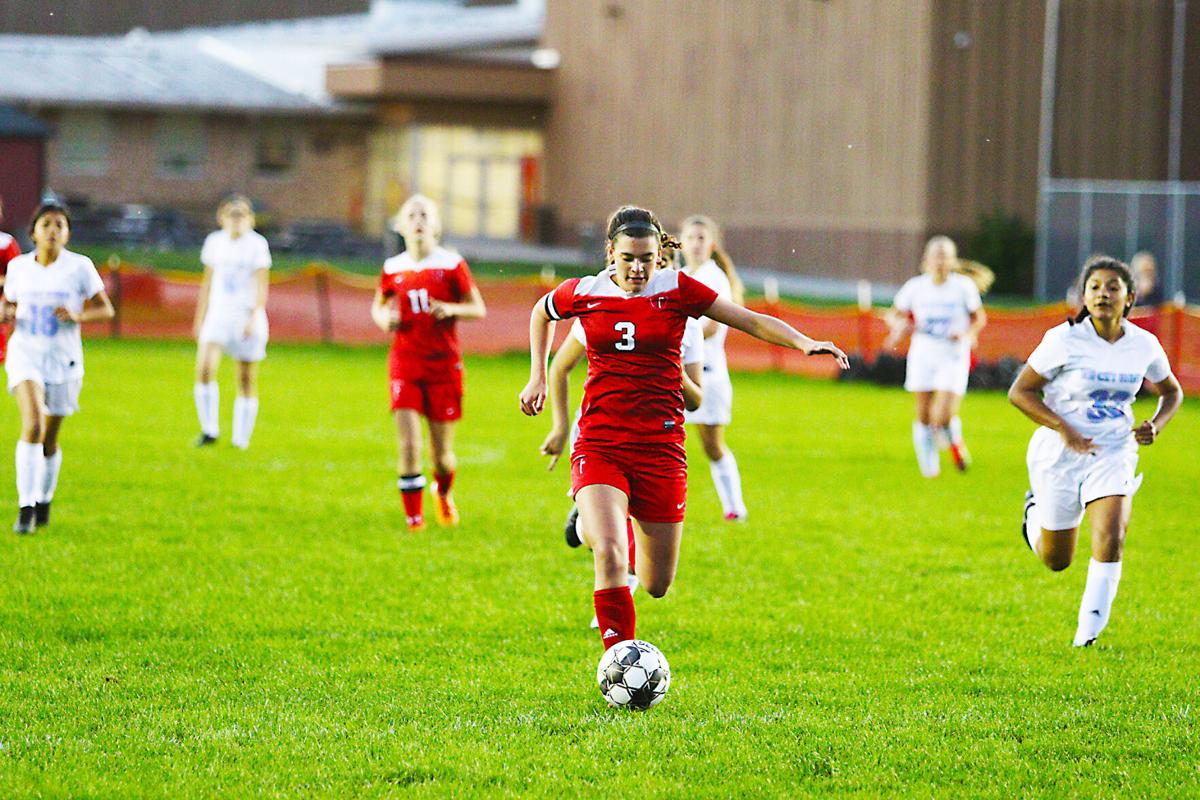 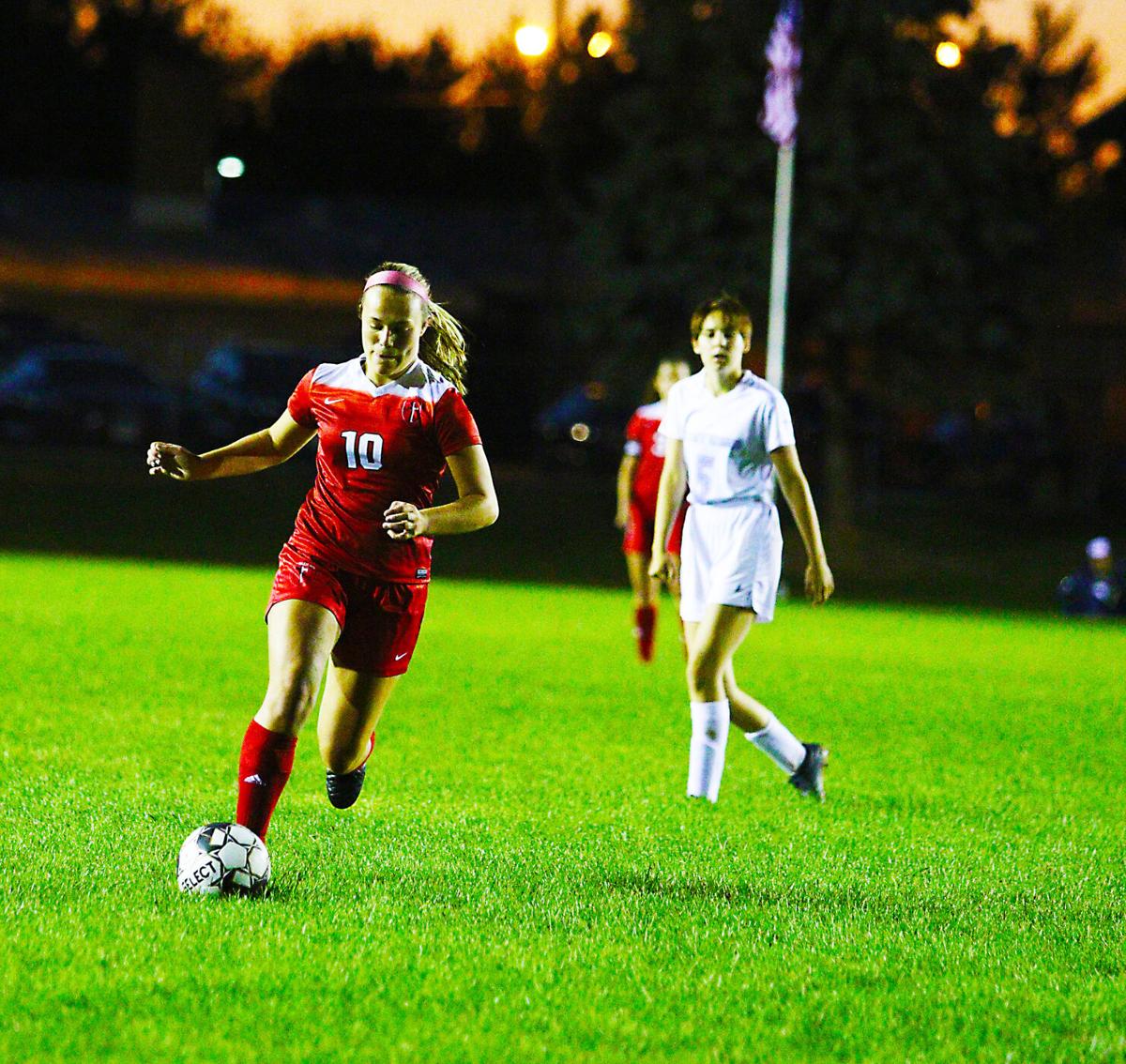 The Mayer Lutheran soccer team pulled off back-to-back wins when they defeated Tri-City United for the second time Sept. 29, moving one game away from a winning record. The Crusaders have had to deal with injuries and move players around, but the two recent wins show they are trending in the right direction.

“Playing down numbers, we did great,” said Katie Jensen.

The Crusaders scored early and often in the win, tallying 13 goals while shutting out the Titans.

“I think we did good, we connected passes,” said Riley Ahrendt.

Following a 0-3 start, the Crusaders won three of four to turn the season around.

“We’ve had our ups and downs,” said Jensen.

The wins started coming after a shakeup, the most noticeable move being the switch from centerback from forward for Jensen.

“It’s different, it’s something I’ve never done, this year or ever,” she said.

The Crusaders have also moved some forwards back to the midfield and defense, which has really opened up the scoring attack.

“Everybody is playing new spots and I think we’re all taking it really well, so I think were working together very nice,” said Ahrendt.

Moving from one position to another has yielded several benefits, not only from a strategic perspective, but in individual adjustments.

“Playing forward versus defense, you can see things in a different perspective,” said Ahrendt.

“You get to know all the positions better, so you kind of know the field more,” she said.

“It’s definitely exciting,” Jensen said. “You get to see a lot of people happy and celebrating.”

Eight different Crusaders scored and 10 players in total got on the score sheet. Jensen led the scoring effort with a hat trick, while Green, Morgan Chmielewski and Brooke Friske each had two goals. Ahrendt, Jess Tober, Rachel Scott and Jenna Forcier each scored one. Chmielewski had three assists and Green had two to lead the way. Jensen, Ahrendt, Brynn Martin and Carly Tuttle each had one assist.

The Crusaders nearly pulled off the upset over New Prague Friday night, taking the Trojans into the break knotted at 1-1. But two late scores for the Trojans gave New Prague the win.

Ahrendt found Marsia Green for a first half goal, and Liz Lenzen did her best on the back line to thwart the Trojans with 22 saves.