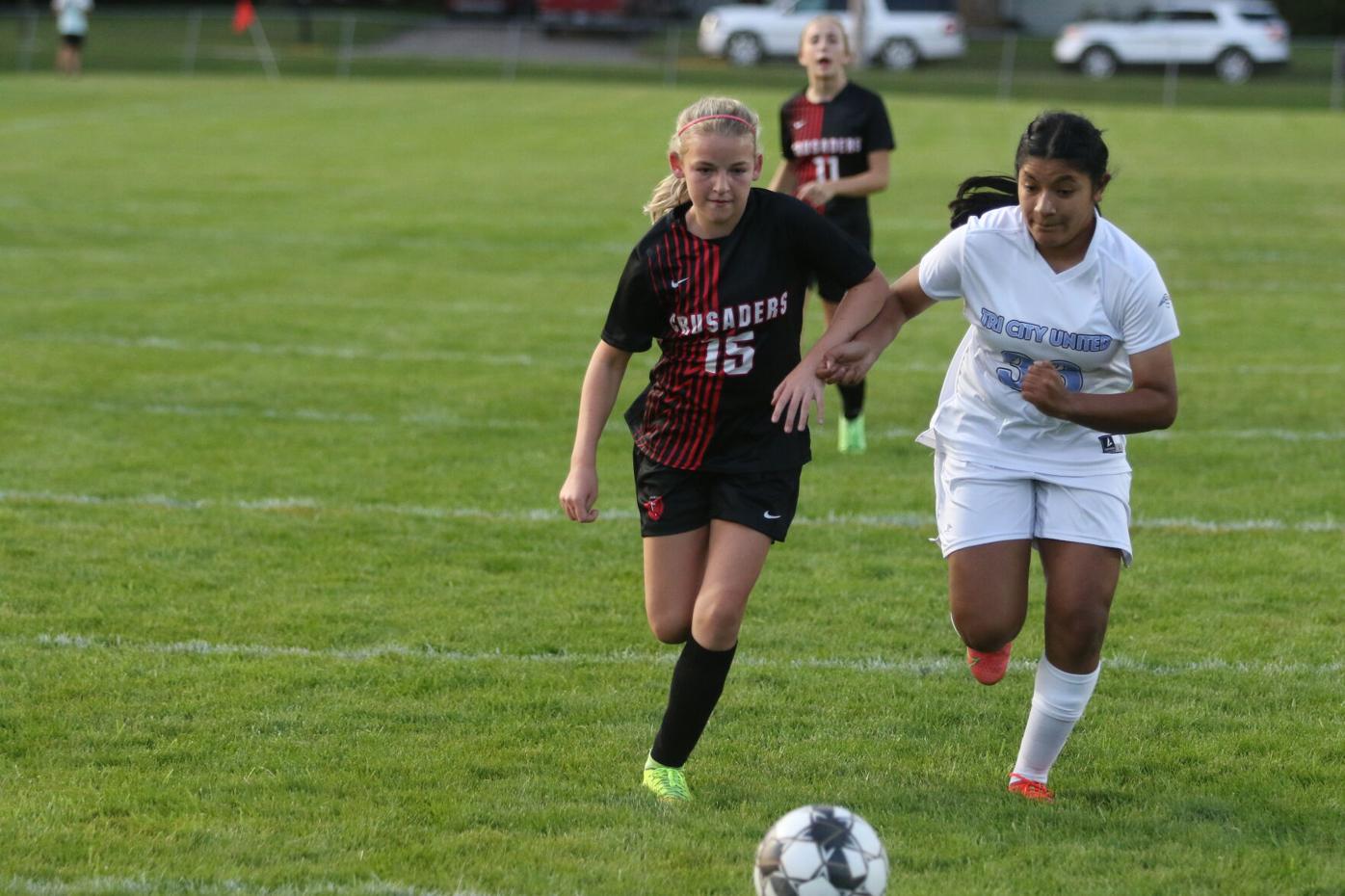 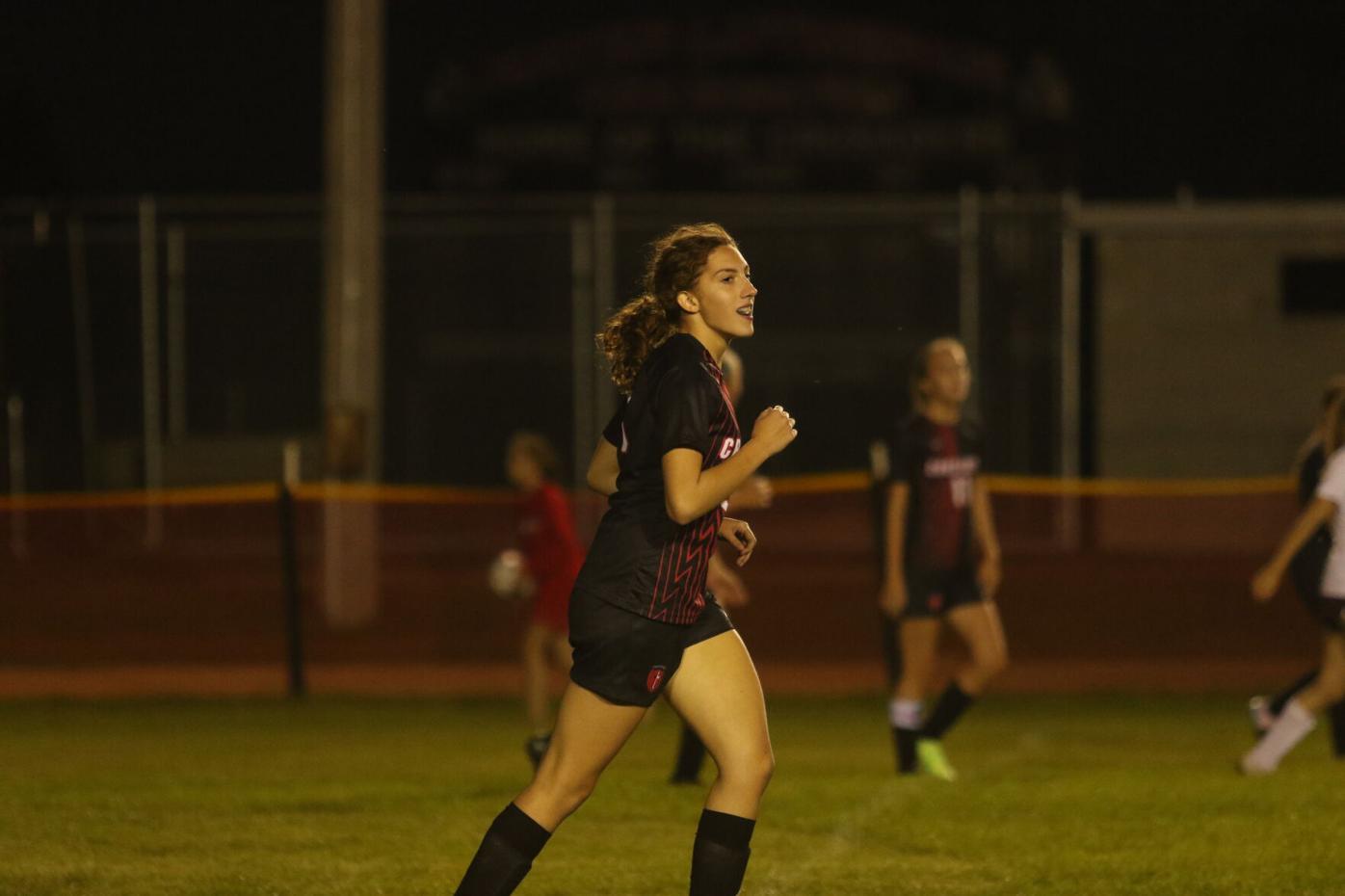 The Mayer Lutheran girls soccer team shook off a couple losses early last week to end the week with big wins, downing Tri-City United and Rocori with 10 goals in the two games.

The Crusaders started the week with a tough task, taking on No. 1 ranked Southwest Christian, losing to the Stars 4-0, though the margin could have been bigger if not for a stellar performance in net.

“[Southwest Christian is] a terrific team who has amazing ball control, and was in full control most of the game,” said coach Keith Traska. “Liz Lenzen did a fantastic job in goal, and had over 20 saves on the game.”

The Crusaders returned to action the next day for what would be their fifth overtime game this season, a 1-0 loss to Rockford. Shots were almost even during the game, but the deciding goal came from Rockford off of a corner kick in that was a rocket from the corner that curved into the top corner, negating a solid performance from the Crusaders.

“Sophia Morschen and Kassi Herrmann played really well for us in the middle of the field,” said Traska. “Defensively Rachel Scott kept us alive with some key stops and started up our counter attacks. We had a couple of opportunities to score but just couldn’t find the back of the net.”

Mayer Lutheran got back in the win column Thursday with a 7-0 win over TCU, getting four goals from Marsia Green, two from Kassi Herrmann and seventh grader Kate Strickfaden scored her first varsity goal of her career. Ella Harms had three assists, while Greta Feist, Green and Herrmann had one each.

“We possessed the ball really well and were able to move a lot of players into new spots on the field in the second half with a big lead,” said Traska.

The Crusaders won again on Saturday, defeating Rocori 3-1 with another Mayer Lutheran player getting their first goal.

“Holly Feist got us off to a great start scoring her first ever goal 5 minutes into the game,” said Traska. Herrmann and Green each added a goal, assists were from Morschen, Strickfaden and Jess Tober. Lenzen had six saves as Mayer Lutheran adjusted to Rocori’s gameplan as the game went on.

“This game was slowed down a ton early on with Rocori running an offsides trap, that we eventually figured out and adjusted in the second half,” said Traska.