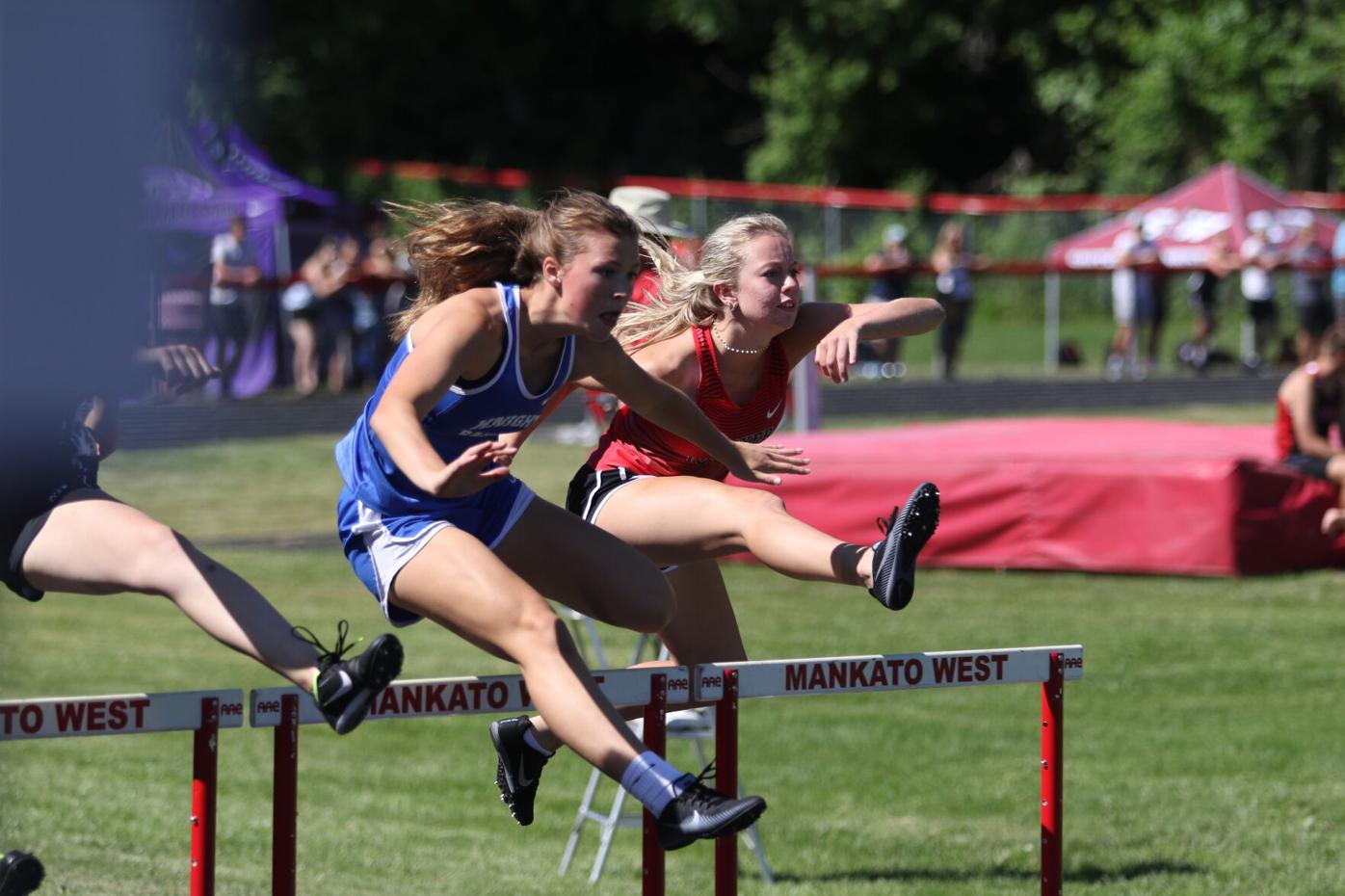 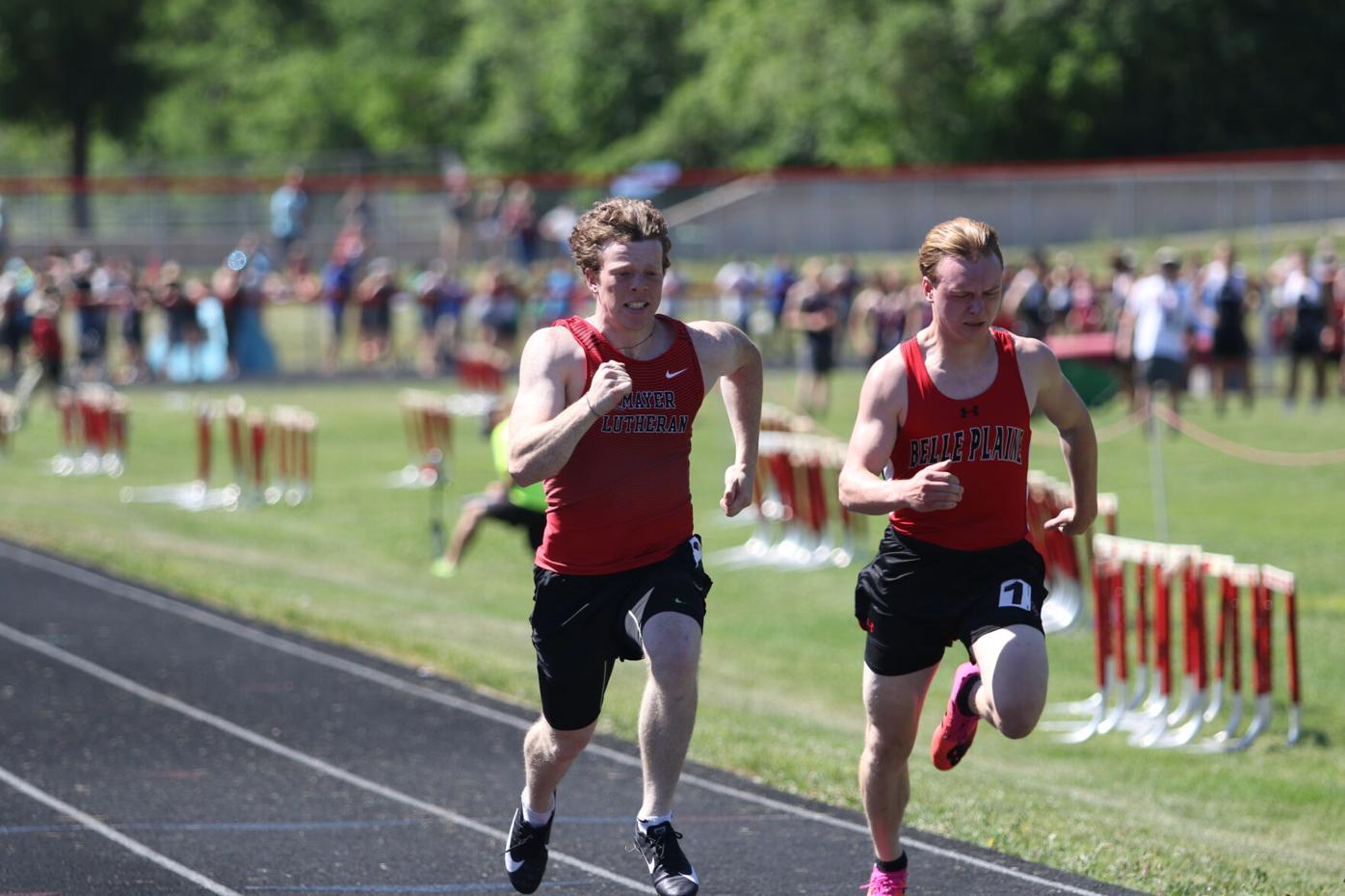 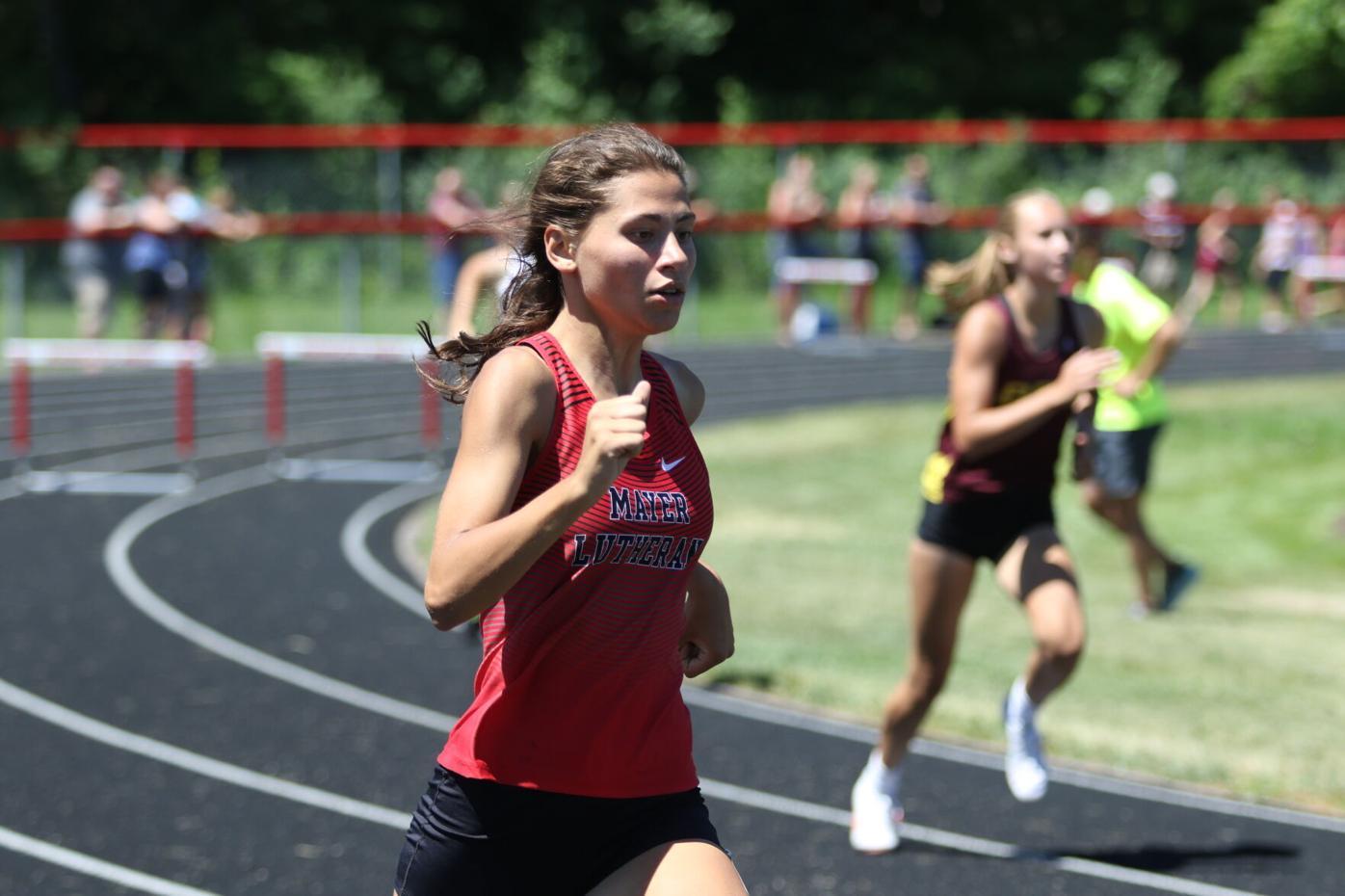 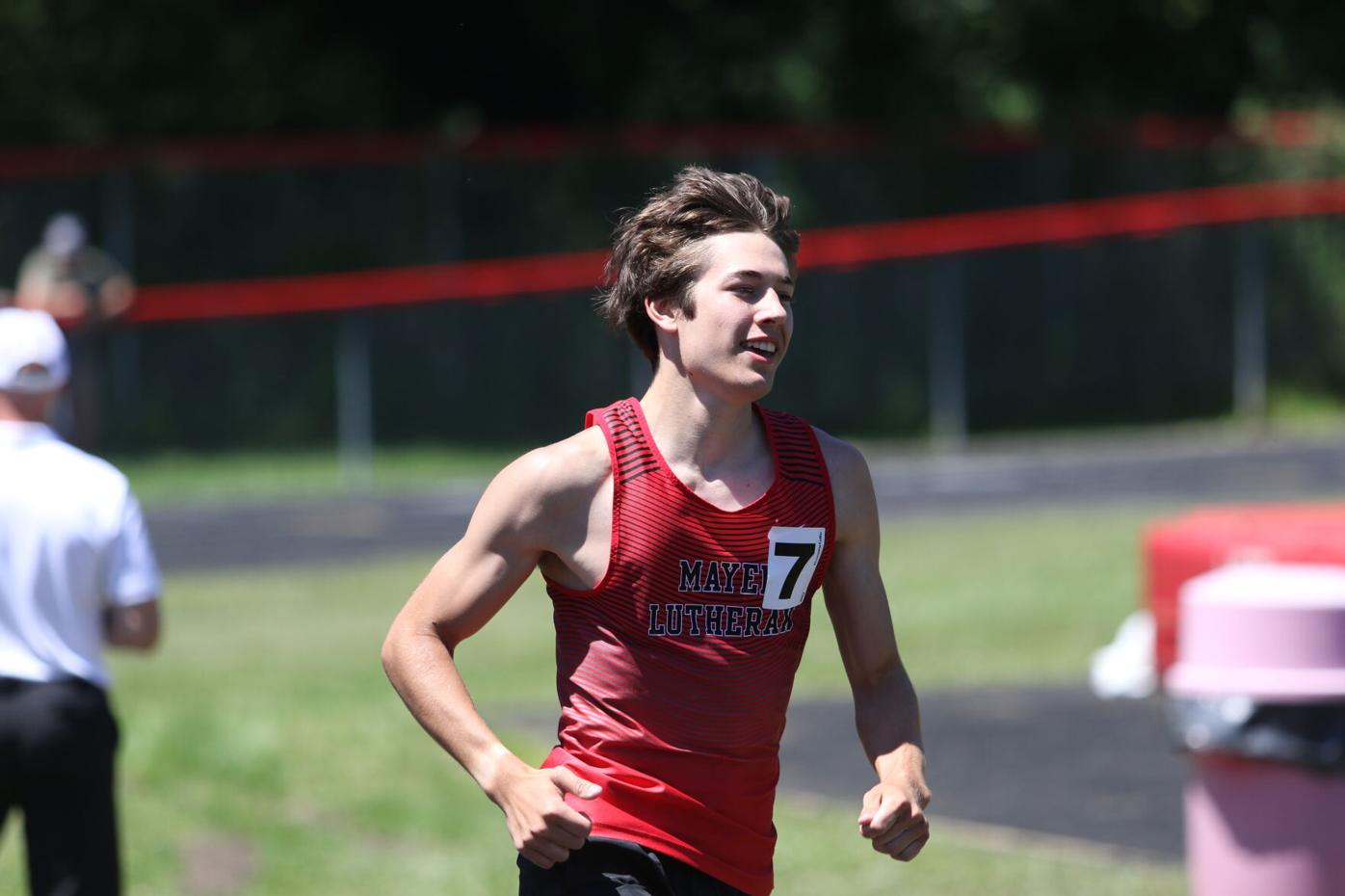 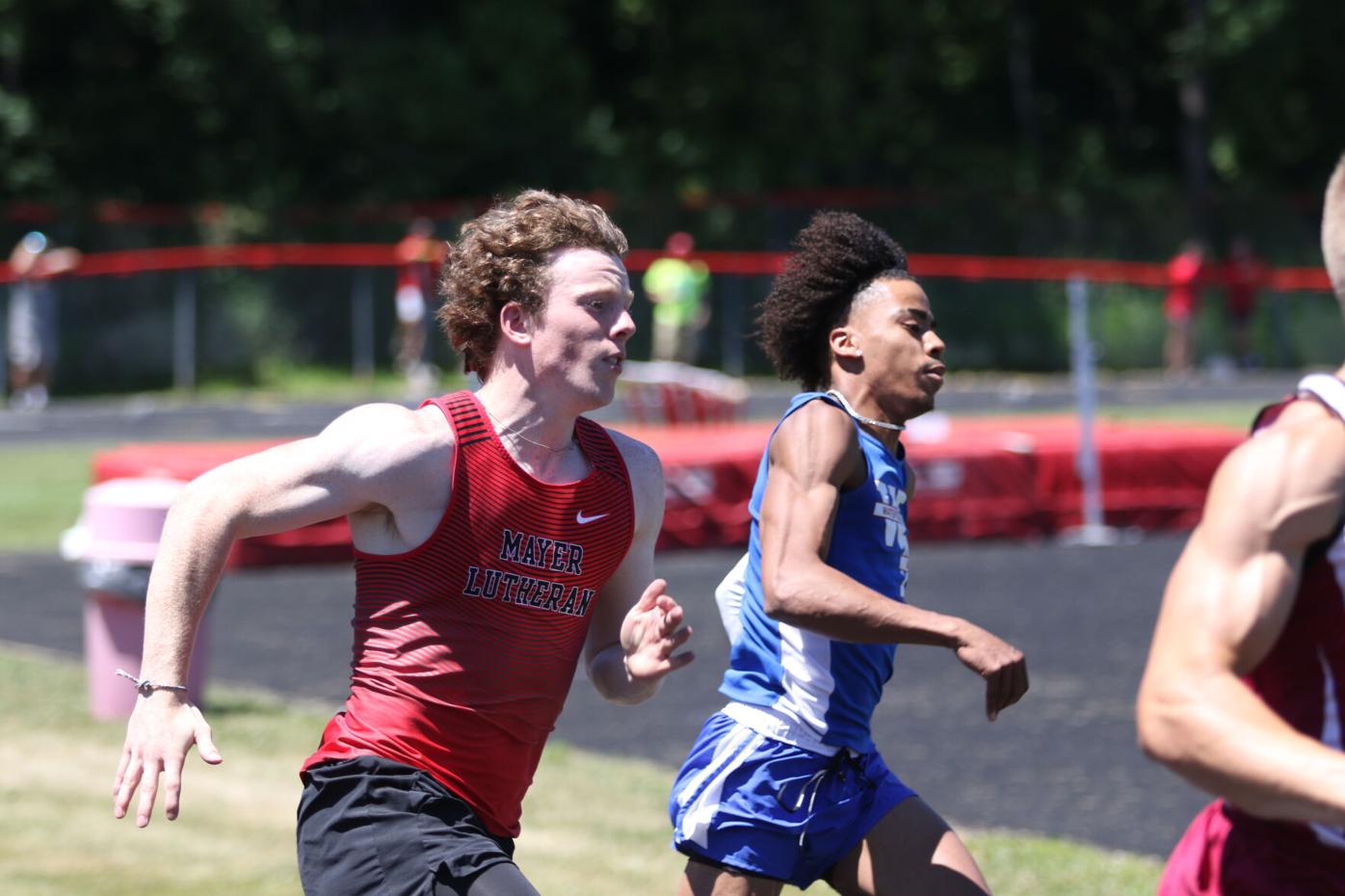 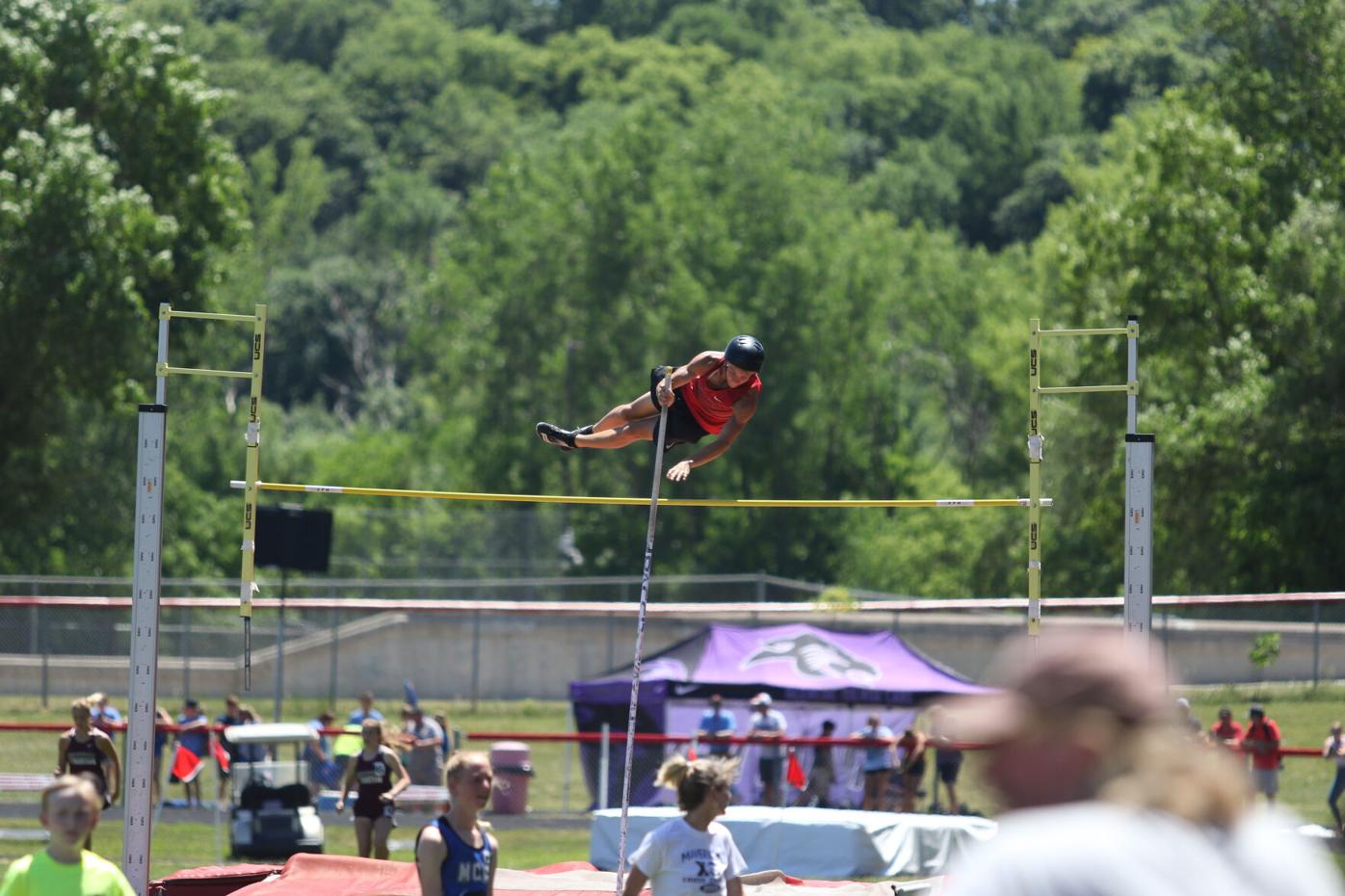 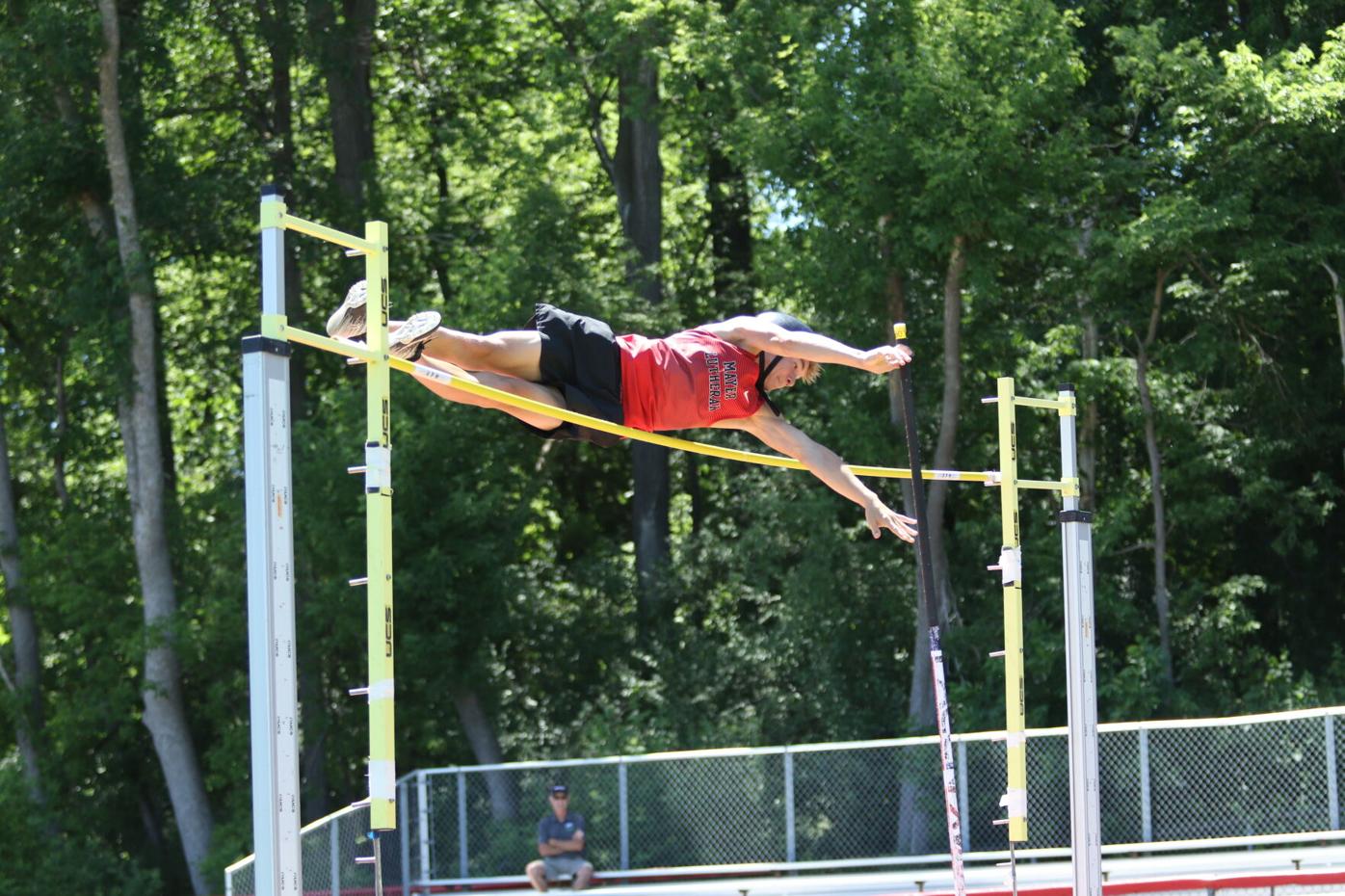 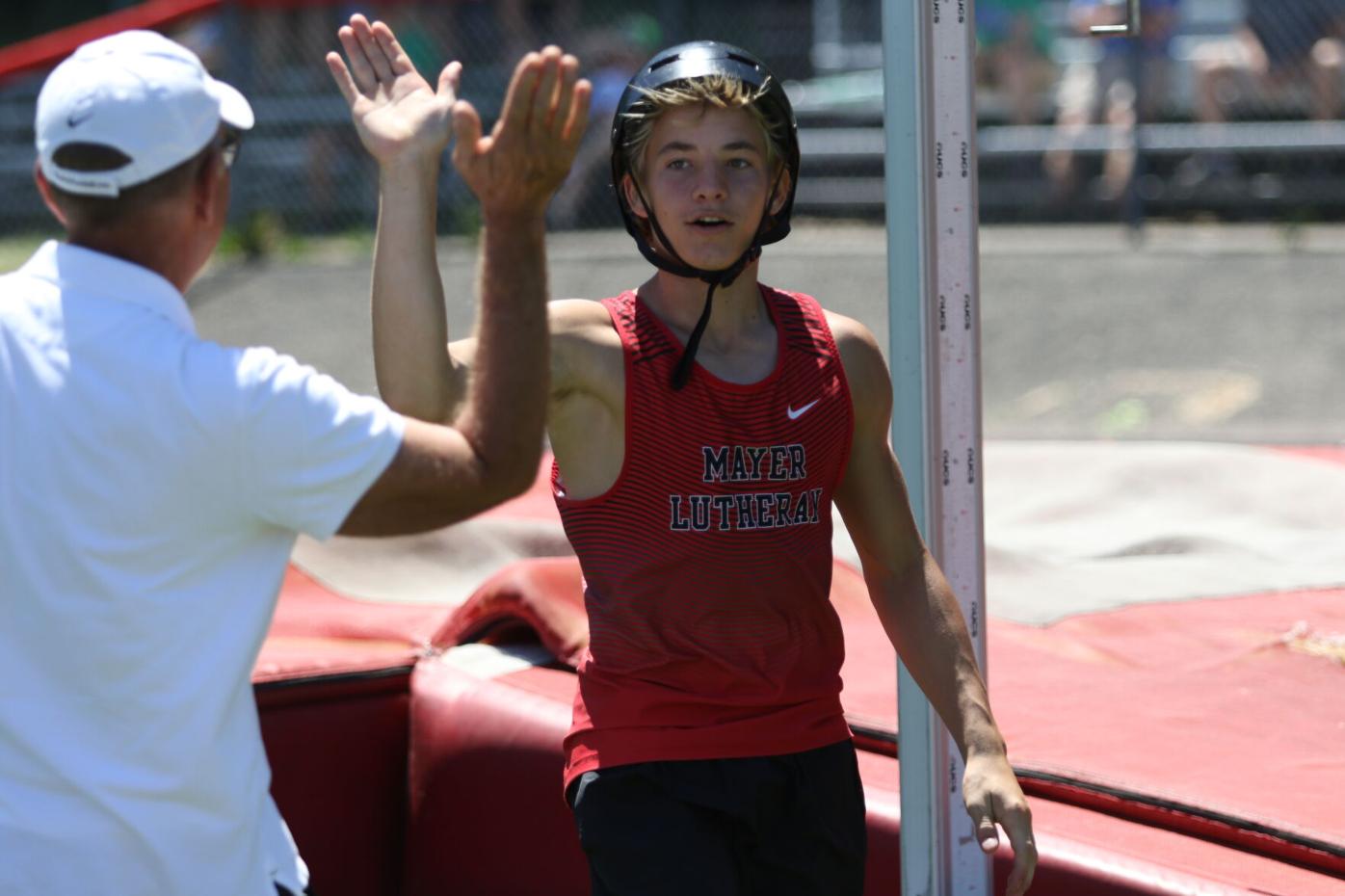 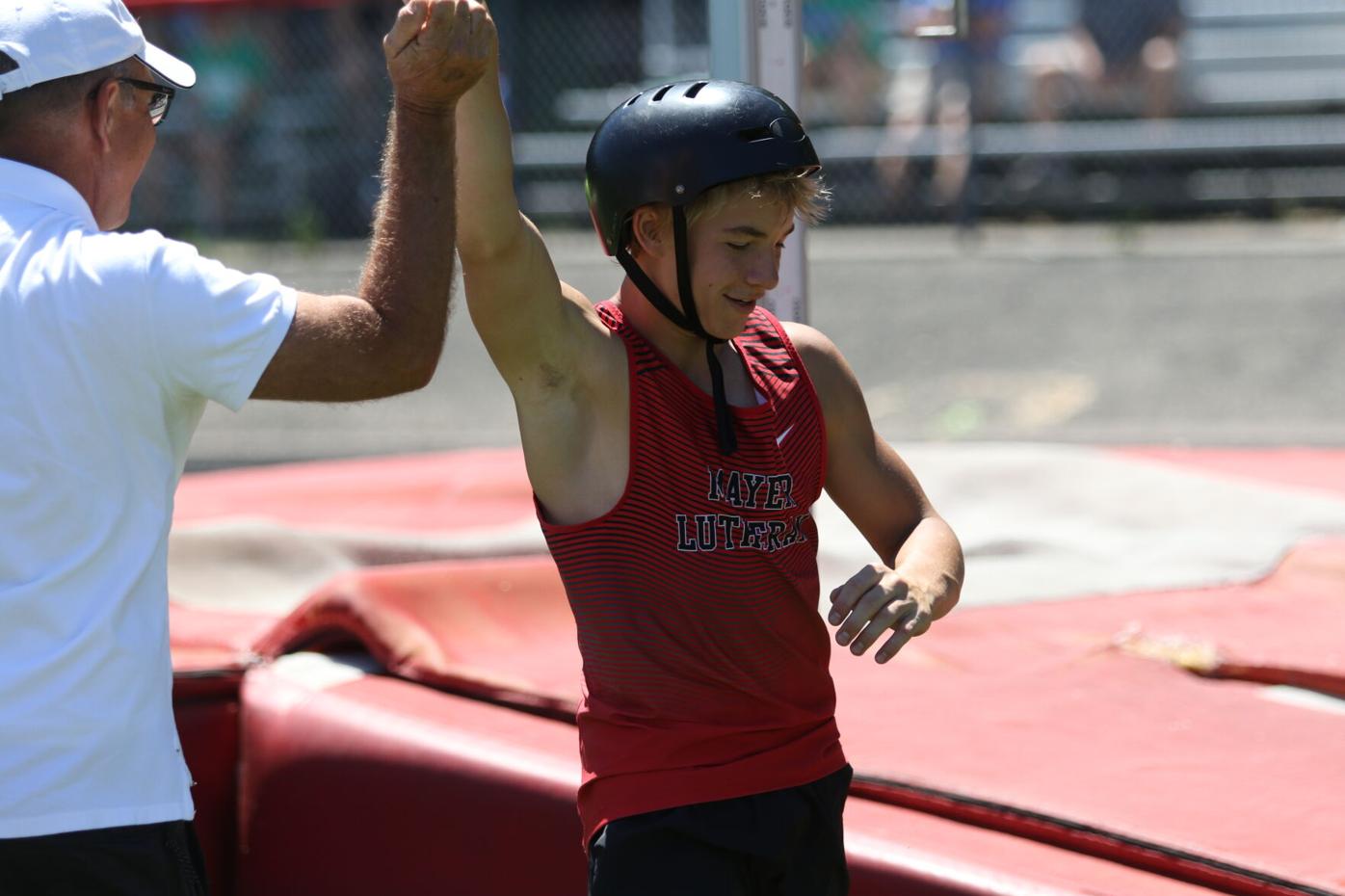 The Mayer Lutheran track and field team sent 15 athletes down to Mankato Saturday for the Section 2A Track and Field Championships, and while the season came to an end for the Crusaders, they put together a strong showing that included four personal records (PRs).

Jilek was one of the Crusaders that set a personal record, taking fifth in the 300 meter hurdles with a time of 51.89 seconds. Jilek was also a part of the 4x100 relay team (with Sophia Morshen, Carly Tuttle and Julia Carns) and competed in the long jump.

Jilek’s PR in the hurdles at the section championships comes at one of the few large meets this season, as most competitions were limited to three or four teams.

“It was less competition and harder to tell where you matched up with others, it’s harder that way,” Jilek said.

Blake Aurich also reveled at the chance to compete with more athletes, setting personal records in both the pole vault and the triple jump.

“I feel good about the vaulting - a good day and good opponents,” he said.

Aurich leapt 38 feet, 3 inches in the triple jump to take sixth, then cleared 11-1 in the pole vault for fourth. The sophomore set his personal record a couple times Saturday, coming a long way from the start of this season.

Aurich put in a lot of hard work this year and got a boost from a good coach.

“The first thing is my grandpa - he coaches college pole vault too, so he helps me out a lot,” Aurich said. “I really like pole vault and I try to commit to it to try to do my best - lots of practice and commitment of my time to pole vaulting. It’s one of my favorite sports.”

Dylan Nelson also had a standout performance competing in the 100 and 200 meter races.

“[I did] better than I expected because there is a lot of good competition here, so it was kind of hard to keep myself in higher places,” Nelson said.

In his first year participating in varsity track and field, Nelson was fractions of a second away from qualifying in both the 100 and 200 with third-place finishes.

“I think I’m pretty fast overall,” Nelson said of his first-year success. “Getting into track, maybe I was getting my track speed a little better, so as the year went on, I got progressively faster.”

And while the season ended for the Crusaders that day, it was a nice celebration after an up and down year. The section championships looked pretty close to what life looked like before the COVID pandemic, and 15 Crusaders got to show off their skills and hard work in front of a large crowd.

“It’s pretty awesome because were finally starting to get back to normal,” Nelson said. “[And sending 15 athletes to the championships] says we’ve got a pretty good program and good coaches. We work really hard in practice and want to get better. Definitely next year we’re going to try to get some state qualifiers.”