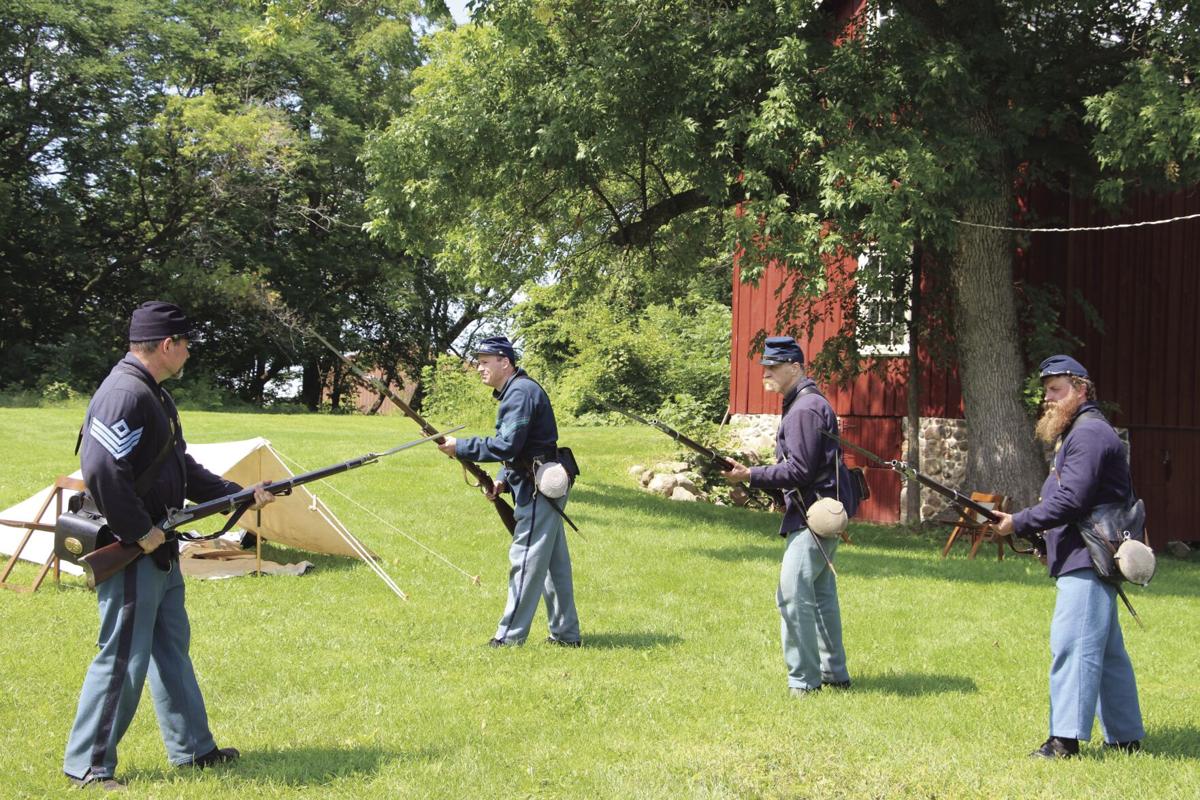 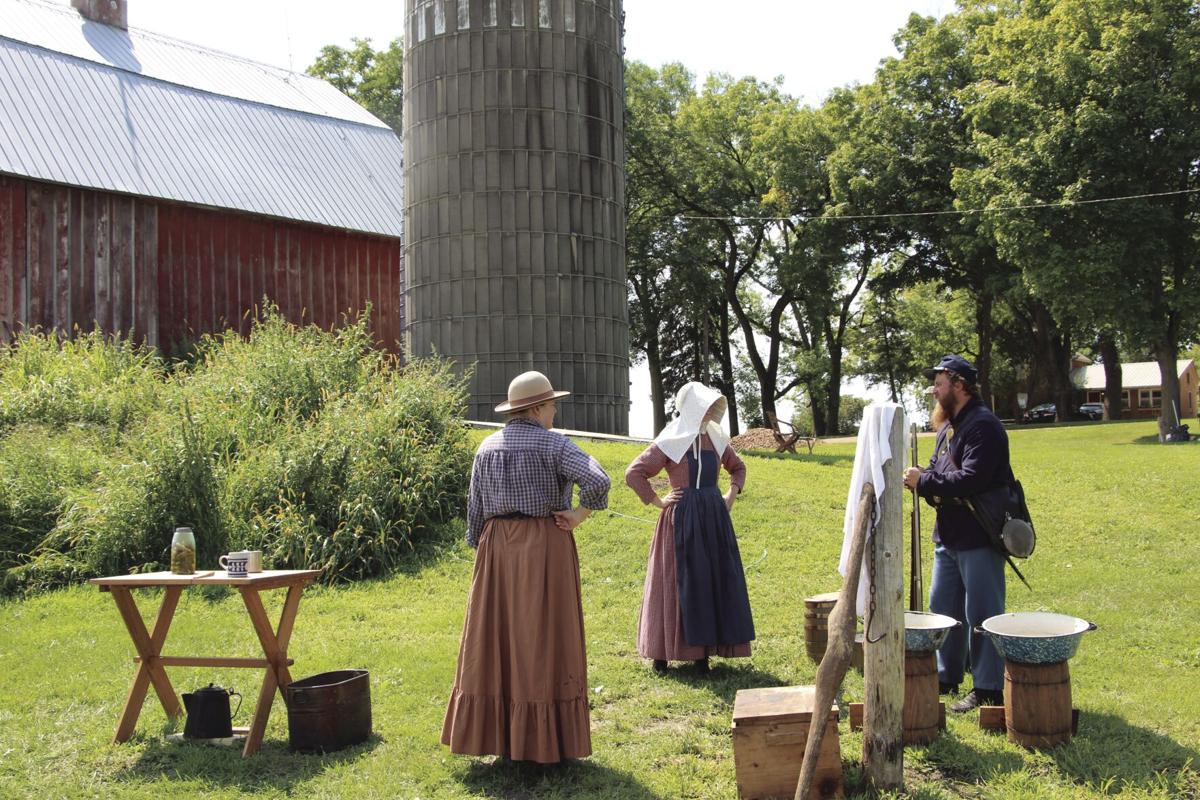 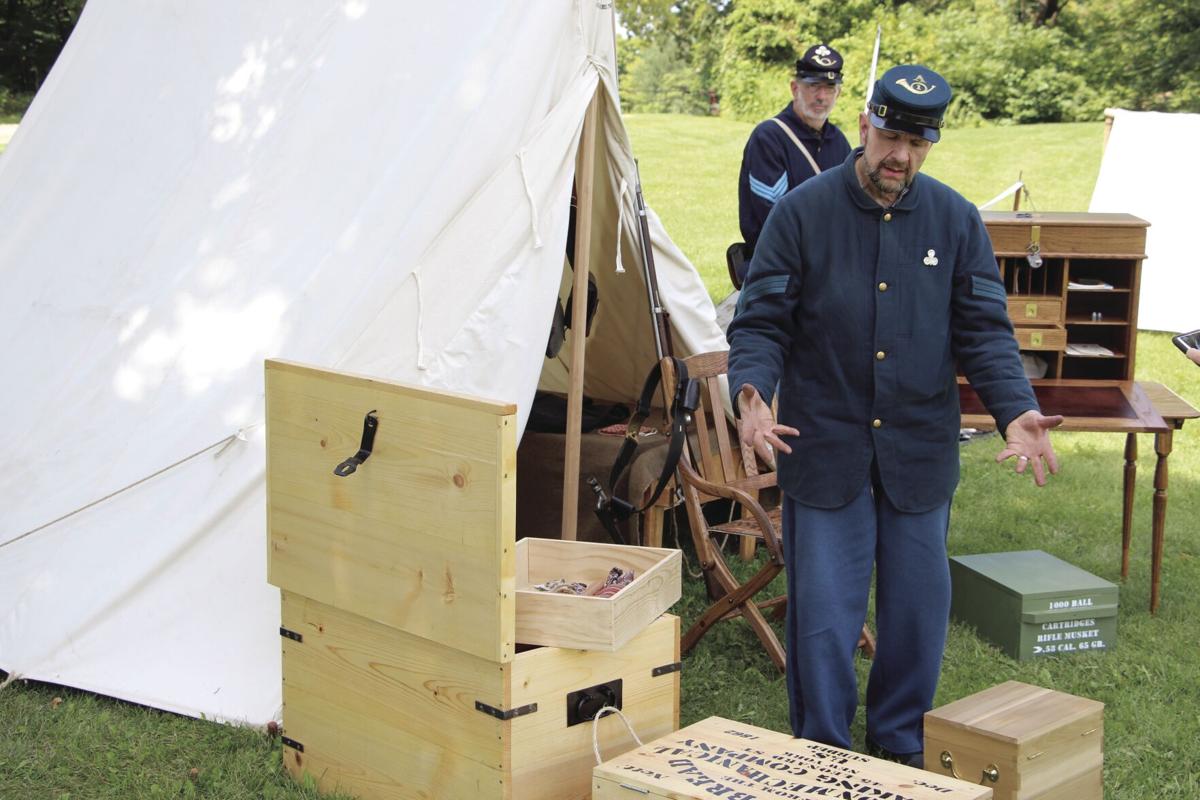 The Andrew Peterson Farm east of Waconia was settled just a few years before uncompromising differences between free and slave states led to the American Civil War.

The two combined this past weekend as a few members of the 1st Minnesota Volunteer Infantry encamped at the historic farmstead.

The 1st Minnesota regiment was the very first group of volunteers the Union received in response to the South’s assault of Fort Sumter at the beginning of the Civil War, according to many historians. The regiment was made up of men from St. Paul out to Carver County and beyond who walked to Fort Snelling to enlist. Not only were they the first to serve, but the 1st Minnesota also helped save the Union army at the battle of Gettysburg.

The group today, Company A of the regiment they call themselves, is made up of history buffs and re-enactors, who don full uniforms, authentic equipment and accessories, and muster in camp to stage what life might have been like during the Civil War.

They typically appear at places like Fort Snelling, other historical venues and military memorials, but with the COVID-19 battle still on they have essentially been furloughed. So, this weekend’s exercise was the chance for a chance to drill, get a history refresher, and even skirmish after an extensive leave. Also, a chance to welcome and indoctrinate new members.

“A way to look sharp,” said Miles Jewell, who is a third-year private with the 1st Minnesota, and also curator of education and exhibits with the Carver County Historical Society.

That connection led to the weekend encampment, which also served as a way to raise funds for the Peterson Farm, Jewell said, and to preview what could be part of a future public educational event at the site as a way to preserve and share that important chapter in history. Watch for future announcements.

A video overview of the encampment was live-streamed on the Carver County Historical Society Facebook page.