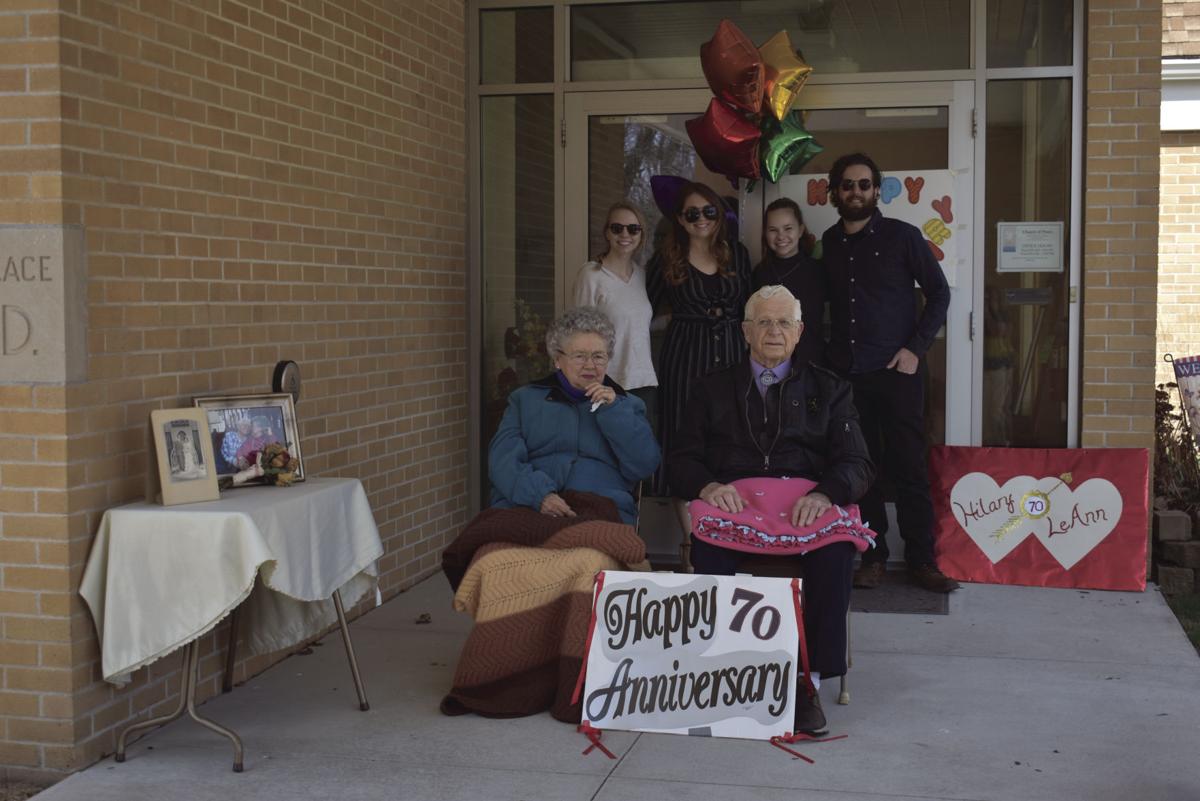 LeAnn and Hilary with family joining them in their celebration. (Photos submitted by Lynn Vos) 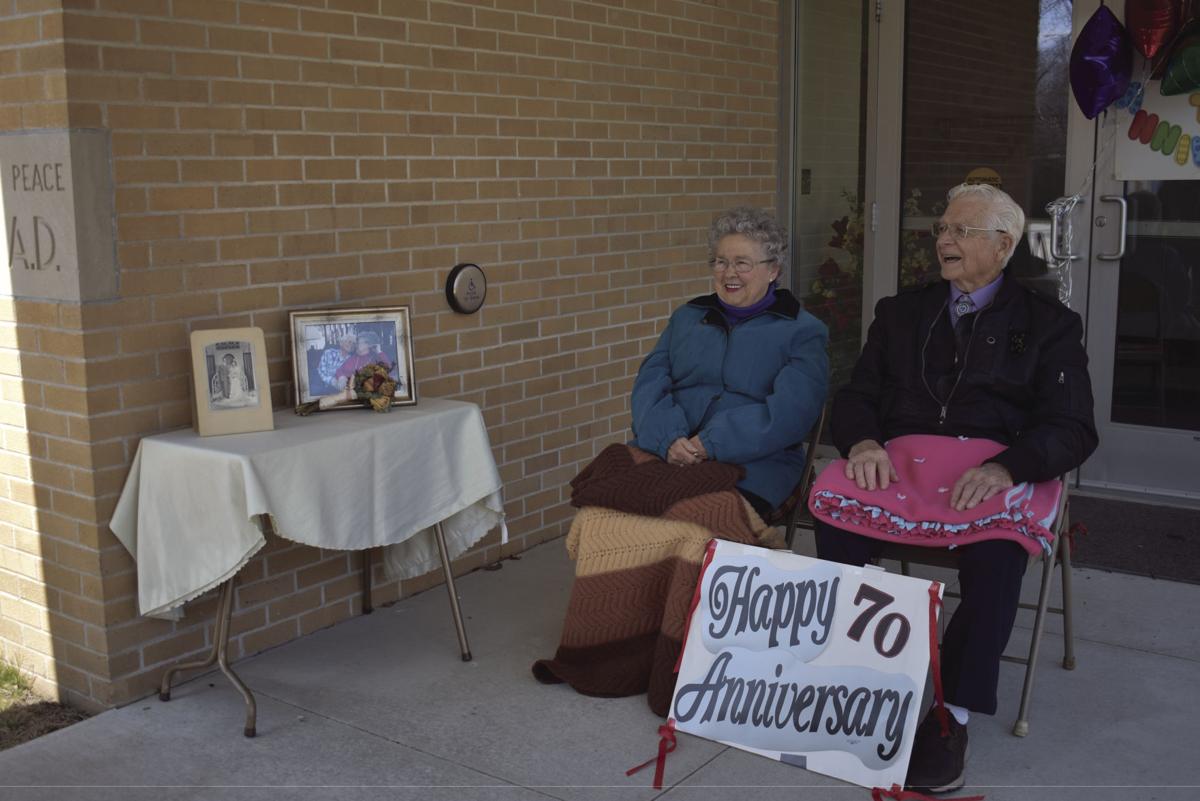 LeAnn and Hilary reacting to seeing the Church of Peace’s parade for their 70th anniversary. 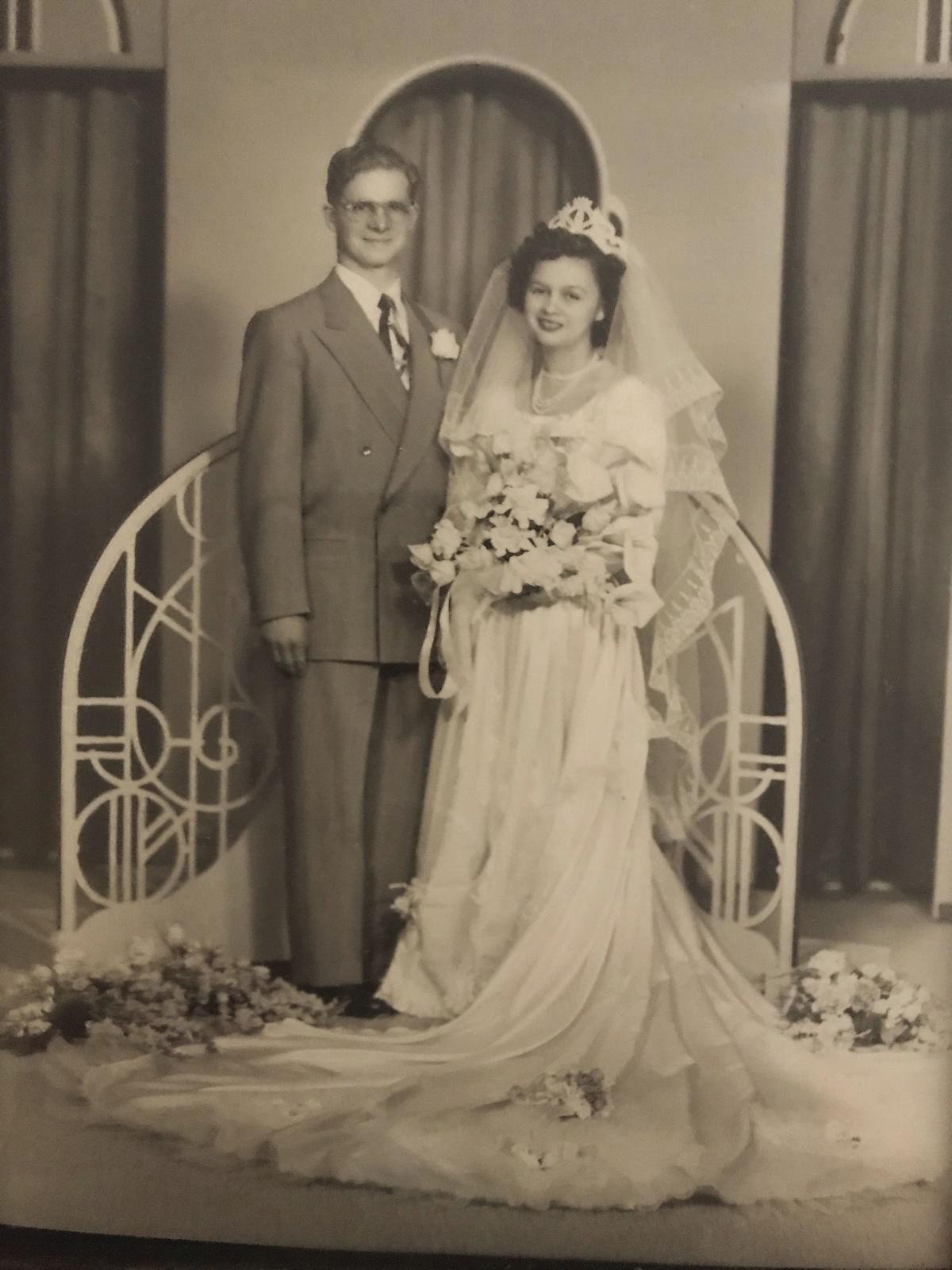 LeAnn and Hilary with family joining them in their celebration. (Photos submitted by Lynn Vos)

LeAnn and Hilary reacting to seeing the Church of Peace’s parade for their 70th anniversary.

The traditional wedding vow states that partners are “to have and to hold, from this day forward,” no matter the circumstances. These vows are statements of love, of devotion, but there are few people in the world that can say that their vows have lasted over 50 years.

On April 19, Green Isle couple, Hilary and LeAnn Sauter, celebrated their 70th wedding anniversary. To bring the celebration to them, fellow members of Norwood Young America’s Church of Peace created a parade to make this memorable event the best it can be given times

“My mom was 16 and my dad was 19,” said Lynn Vos, Hilary and LeAnn’s daughter. “Just recently, my dad and I were talking and he told me, ‘One of the best decisions I’ve ever made was marrying your mom.’”

The couple met in 1950, at a wedding. The two began talking, and discovered a mutual passion for traditional dance, mainly polka and ballroom dancing. This shared hobby became a date every weekend, dancing of course. Even into their marriage, and now, Hilary and LeAnn still go dancing as much as they can, though that has come to a halt given COVID-19. The two were even invited by Mayor Daley of Chicago to dance in front of Buckingham Fountain, and named King and Queen of the Polka Lovers for America.

When they weren’t dancing, LeAnn and Hilary were busy working. Hilary was a truck driver, as well as working hard on the farm. LeAnn was a professional seamstress, putting together their costumes for their various dances. The two also worked hard to raise their three children, two sons and a daughter.

When they weren’t with their family, the Sauters were apparently pillars in their community, always lending a helping hand whenever someone needed it. These actions are what prompted friends and family at the Church of Peace to start putting together something special for the Sauters.

“Their friends at the Church got together and said that there was no way a 70th wedding anniversary without a celebration,” said Vos. “They decided they had to do something to celebrate their love.”

The Church of Peace organized a parade of members in their cars, not dissimilar to many events happening around Carver County. This anniversary gathered over 100 people to participate from the church. Each member and their families piled in and began to drive in a parade past the Sauter house to celebrate.

A few members set up a place for the Sauters to sit and enjoy their parade. As cars passed, a few with signs of congratulations and waving to them. There was music playing to celebrate Hilary’s musical talent, polka dance music to celebrate their love of dancing, and more to symbolize their relationship.

“Mom said she couldn’t see through her tears,” said Vos.

The Sauters and their family would like to thank the community and the Church of Peace for their wonderful gift. The two, according to Vos, plan to resume their love of dancing and being with their family once shelter in place is over. For now, though, they will do what they can at home and work to help however they can.