A long-standing dock dispute in the city of Waconia could end up at the Minnesota Supreme Court.

In a petition filed May 19, legal counsel for Jayson and Cristine Dock requests the state court to review an April 20 court of appeals decision upholding a district court judgement that ruled in favor of the city in the case.

The case involves construction of a dock on Lake Waconia that the city said violates its ordinance (No. 707) prohibiting the construction of permanent docks on lake/wetland lots within the city. The dock in question was erected in 2017.

In legal action, the city sought a permanent injunction against the Docks and asked for judgment ordering removal of what has been constructed. In a May 2019 ruling, the district court ruled in favor of the city, calling the ordinance valid and ordering that the dock be removed. An appeals’ court this spring upheld the ruling.

The May 19 state court petition presents two legal questions for state supreme consideration: 1) Did the court of appeals err by holding that a city ordinance regulating structures on shoreline property does not have the characteristics of a zoning ordinance and therefore did not need to be adopted in accordance with Minnesota Statute No. 462.357; and 2) Is the city excused from to two other statutes regarding cooperation with other local governments and the Department of Natural Resources in adopting a surface use ordinance.

In its argument the petition indicates the court of appeals’ analysis disregards statute language and fails to establish a workable rule for future cases, also that the issues in the case are likely to recur and have a statewide impact.

Petitions to the state court on whether or not to hear a case generally are considered within 60 days of filing, according to Minnesota court rules. 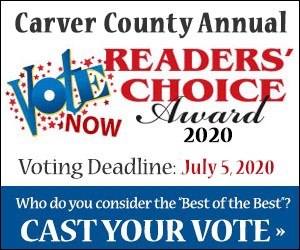