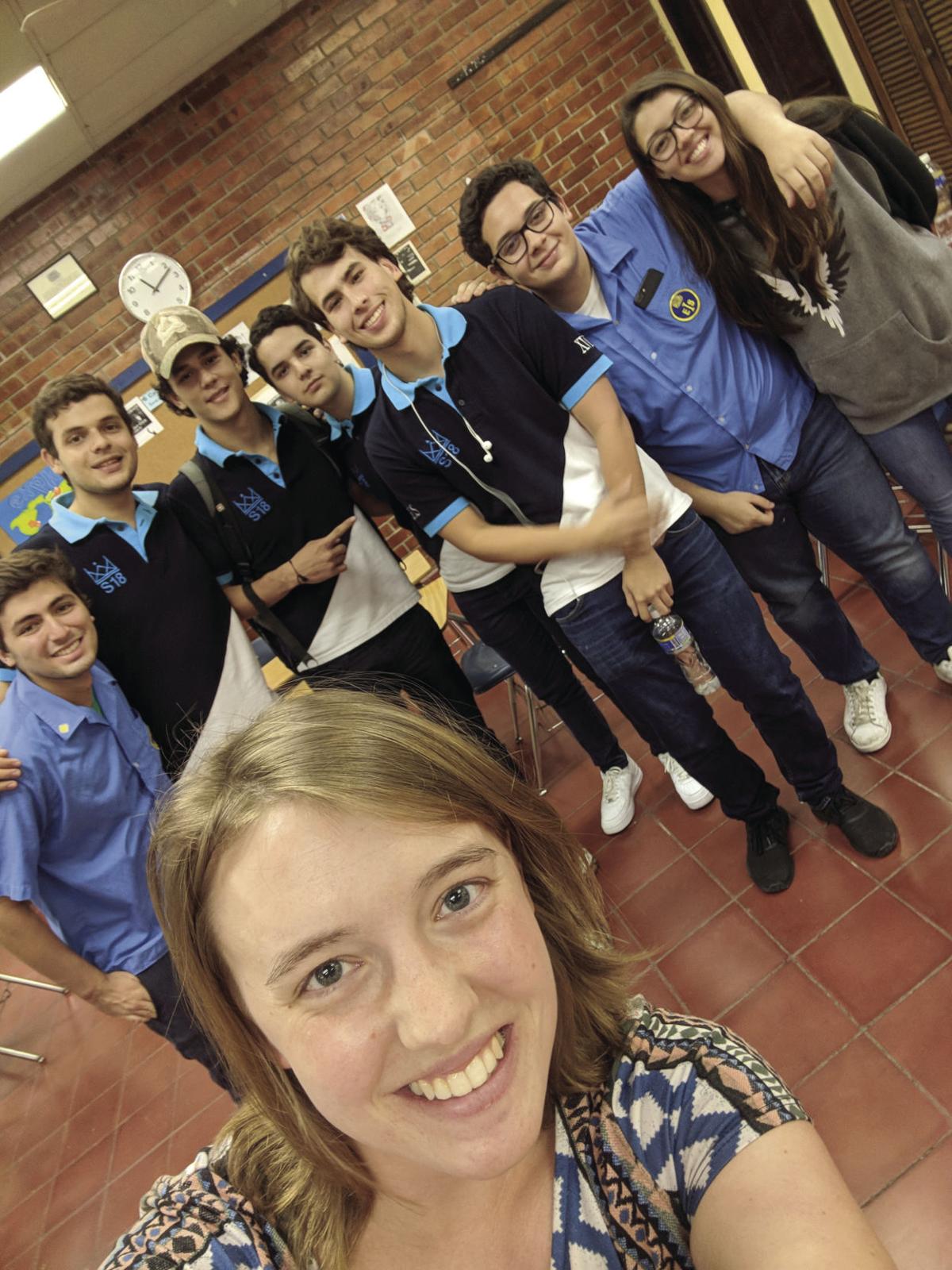 A selfie of Hannah Nagy with some of her 12th grade English students. 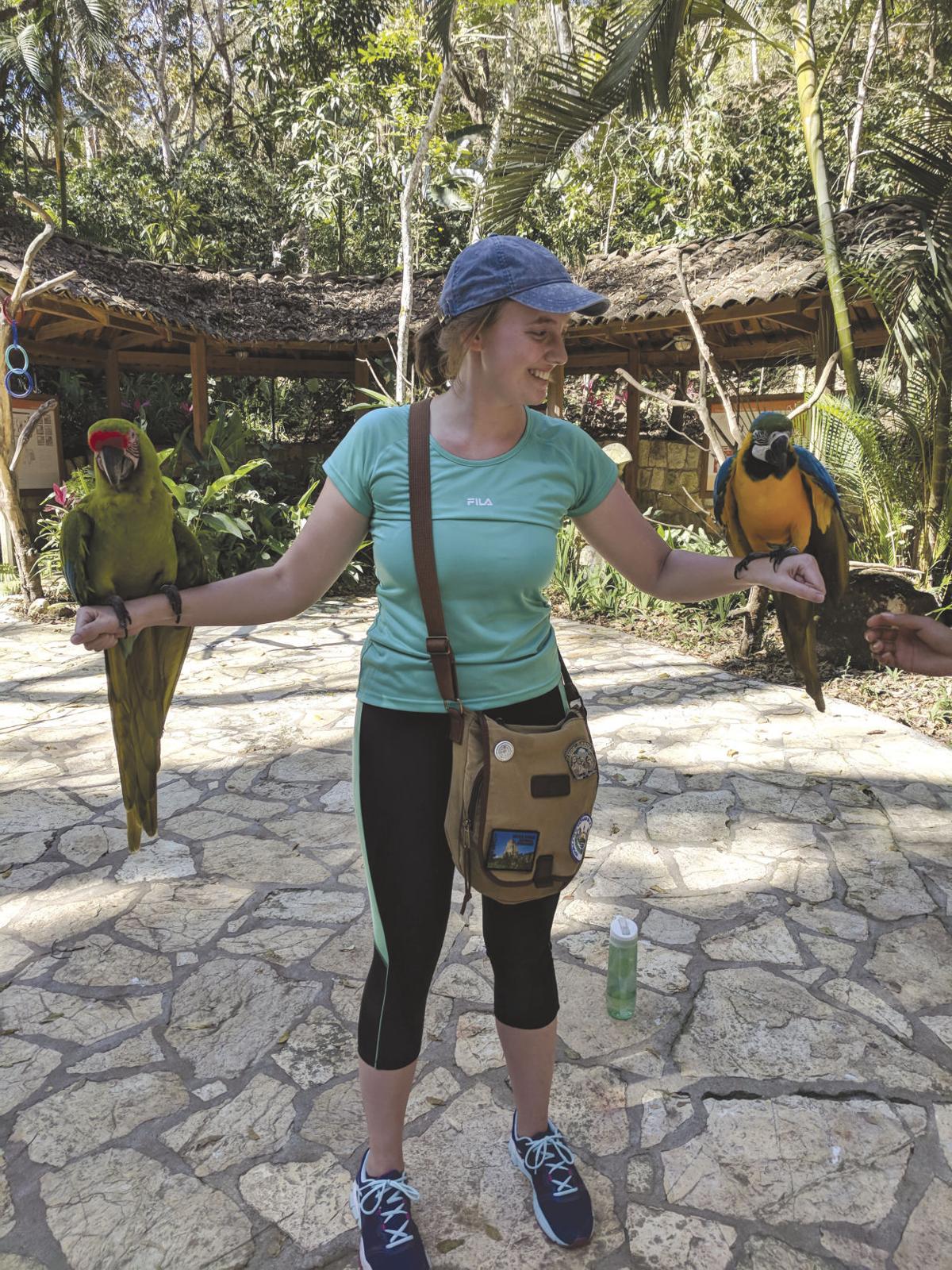 Nagy is pictured with macaws rescued from injury. (Submitted photos) 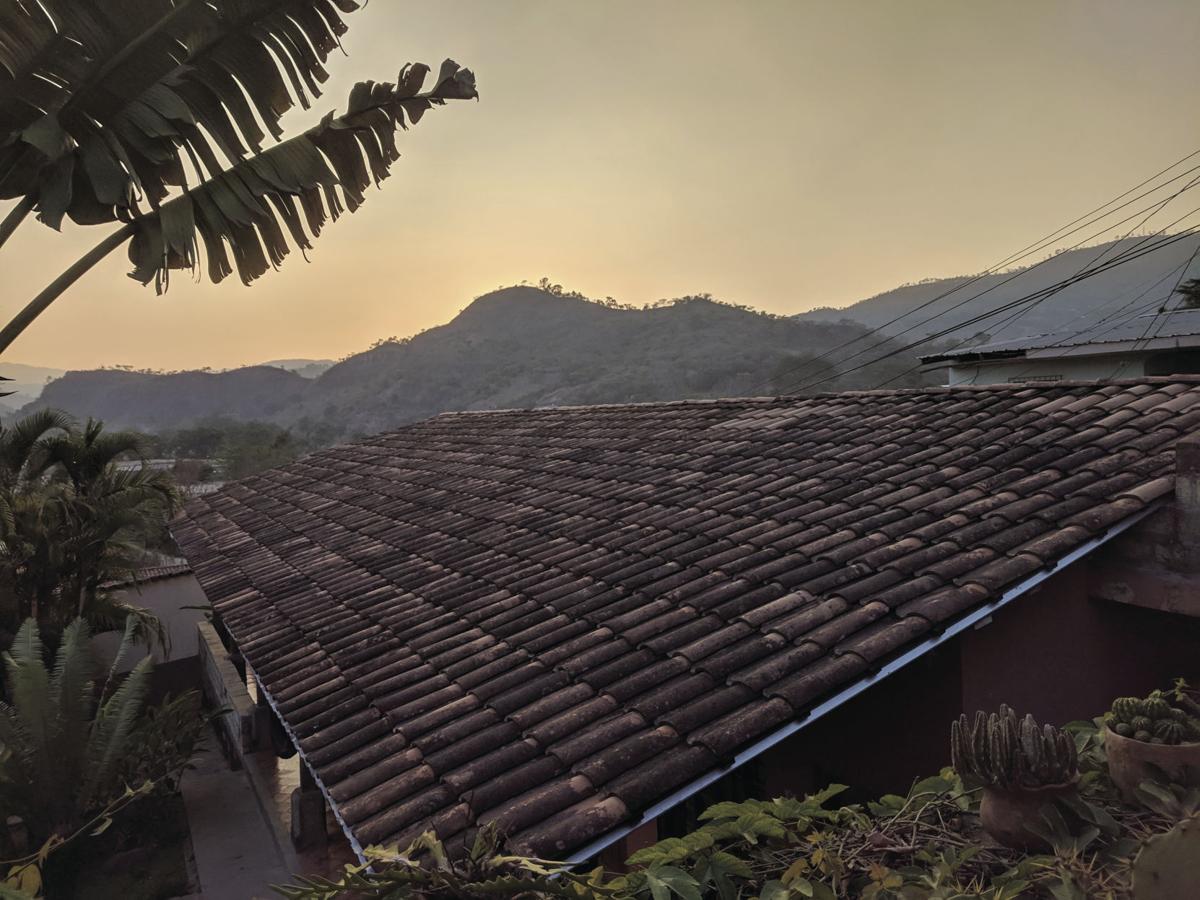 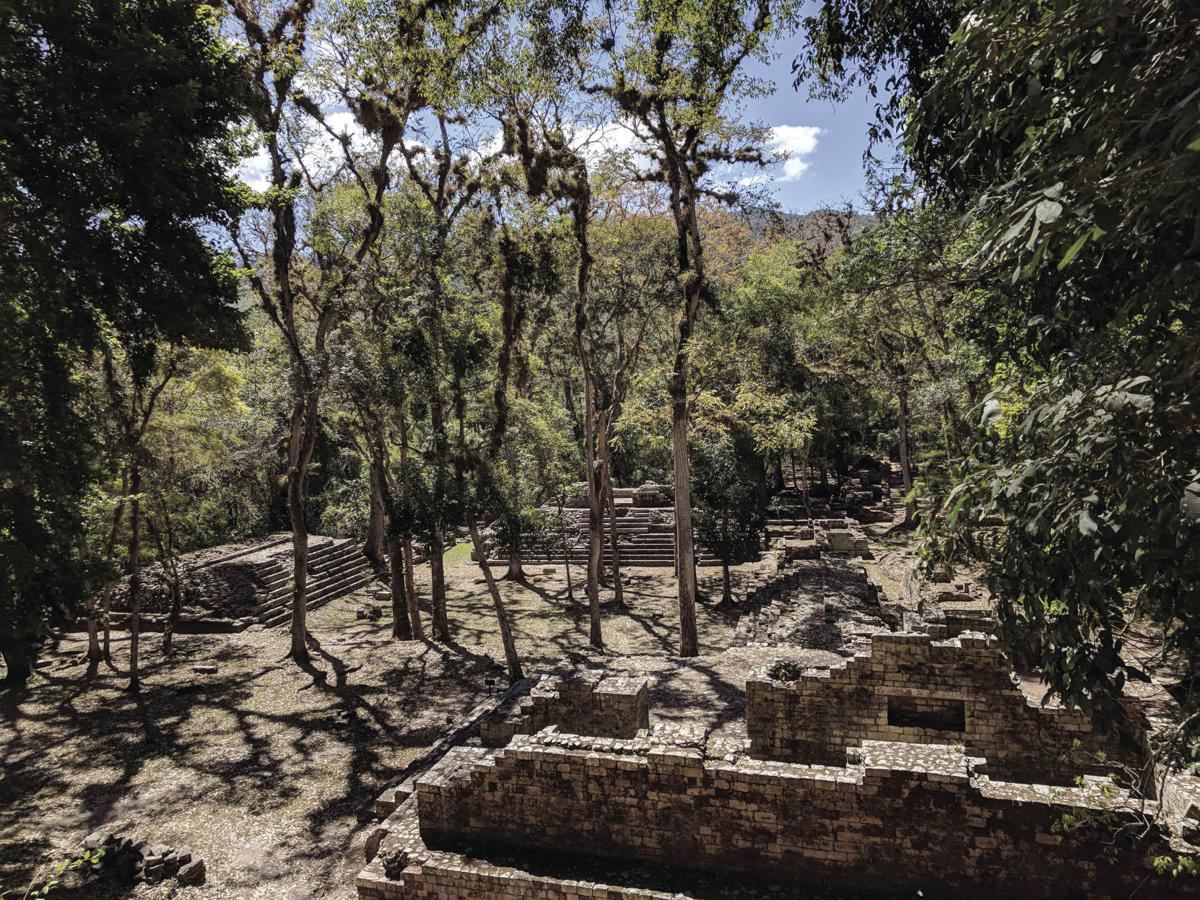 The Mayan ruins of Copán Ruinas. 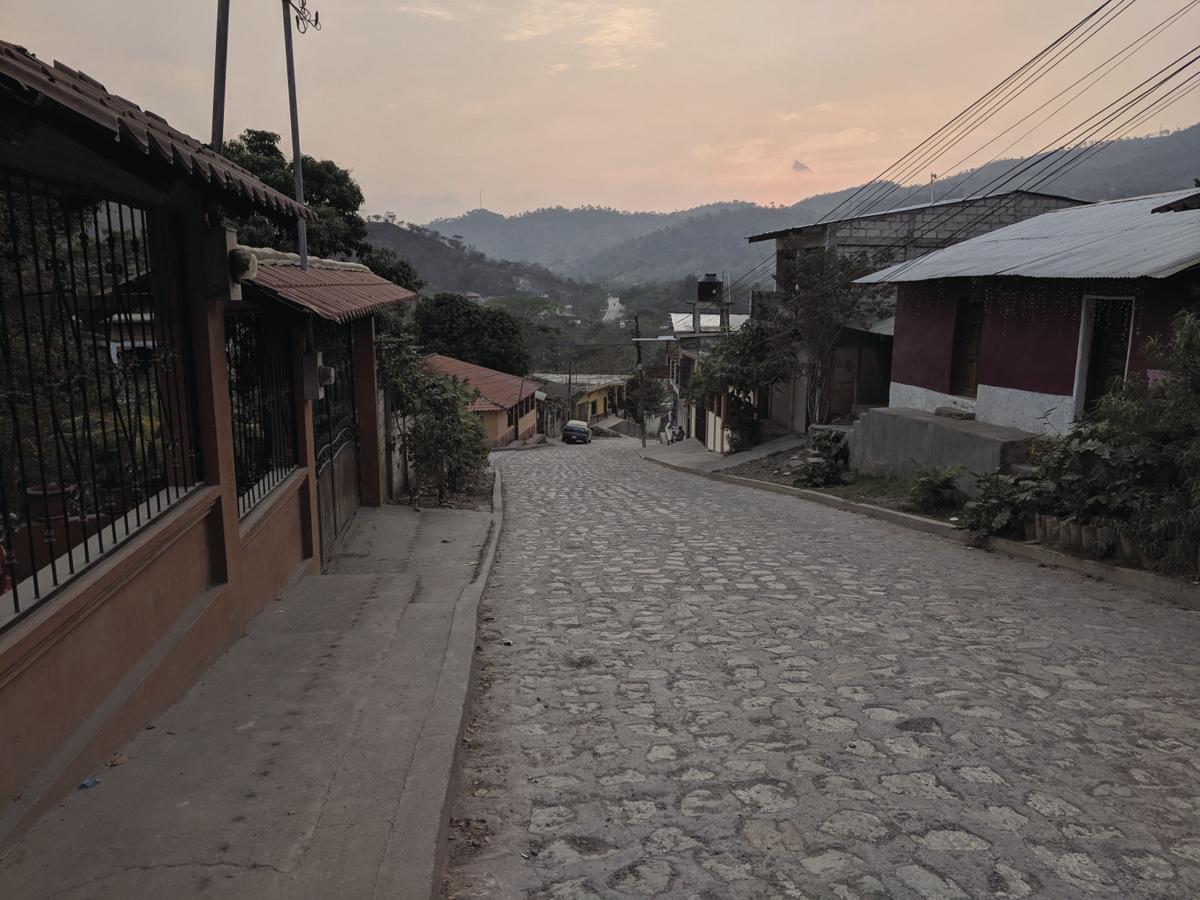 Pictured is Roatan, one of Honduras’ bay islands.

A selfie of Hannah Nagy with some of her 12th grade English students.

Nagy is pictured with macaws rescued from injury. (Submitted photos)

The Mayan ruins of Copán Ruinas.

Pictured is Roatan, one of Honduras’ bay islands.

Mention the country of Honduras and one tends to think murder capital of the world, corrupt leadership and political unrest.

That’s the country’s reputation, admits Hannah Nagy, but the Republic of Honduras is a place where she found “a close sense of community and a wonderful teaching experience.”

Nagy has a degree in education with a focus on secondary English education and a minor in Spanish. She expects to pursue a master’s degree this fall to establish herself further in a teaching career.

When she got her undergrad from the University of South Dakota in 2016, she began to explore international teaching options. She discovered the Honduran placement position through a job fair at the University of Northern Iowa.

Nagy’s father Steve has traveled extensively internationally on business, and Hannah says she probably got the travel bug and desire to explore other cultures through him.

International program leaders were candid about the conditions she might experience in Honduras, but she chose it because it tied to her language minor. The country is considered one of the poorest in the Western Hemisphere and is ripe with corruption and gang violence.

Nagy taught in a private school, with students largely from families of Honduras business owners or foreigners who have relocated to Honduras from other countries, so she wasn’t exposed directly to the abject poverty or threatening conditions. But living in the large city of San Pedro, she did take extra precautions in her comings and goings – and did feel the presence of armed military at most locations.

“It’s a different mentality,” she said. “I missed being able to freely walk around.” But she understands that much of the crime and violence is driven by poverty and need, and took suitable precautions when moving about the city.

“You just learn to take extra care and be aware of your surroundings like you would in any big city,” Nagy said.

In fact, while Honduras has a reputation for its rampant crime and violence, Nagy notes that her Honduran students were aghast at the Florida nightclub shooting and have their own fears about violence in the U.S. even as many make plans to attend colleges here.

Nagy made strong bonds with the students she has taught now for three years, as well as her teaching colleagues and other members of the community. She also was able to experience the beauty, culture and diverse landscape of Honduras and neighboring countries like El Salvador and Guatemala.

“It was a wonderful experience and I wouldn’t trade it for the world,” she said.

Like classes around the world, Nagy’s and her students school year was interrupted by COVID-19. Her class has been distance learning for the past four weeks and she was finally forced home as the number of international flights dwindled and her program, at the direction of the State Department, urged teachers to come home.

“I had planned on leaving after three years, but it’s the way I’m leaving that makes me feel so bad, especially for my seniors,” Nagy said. “We never got to celebrate their achievements or say a proper goodbye.”

She hopes to be able to return to do that someday.