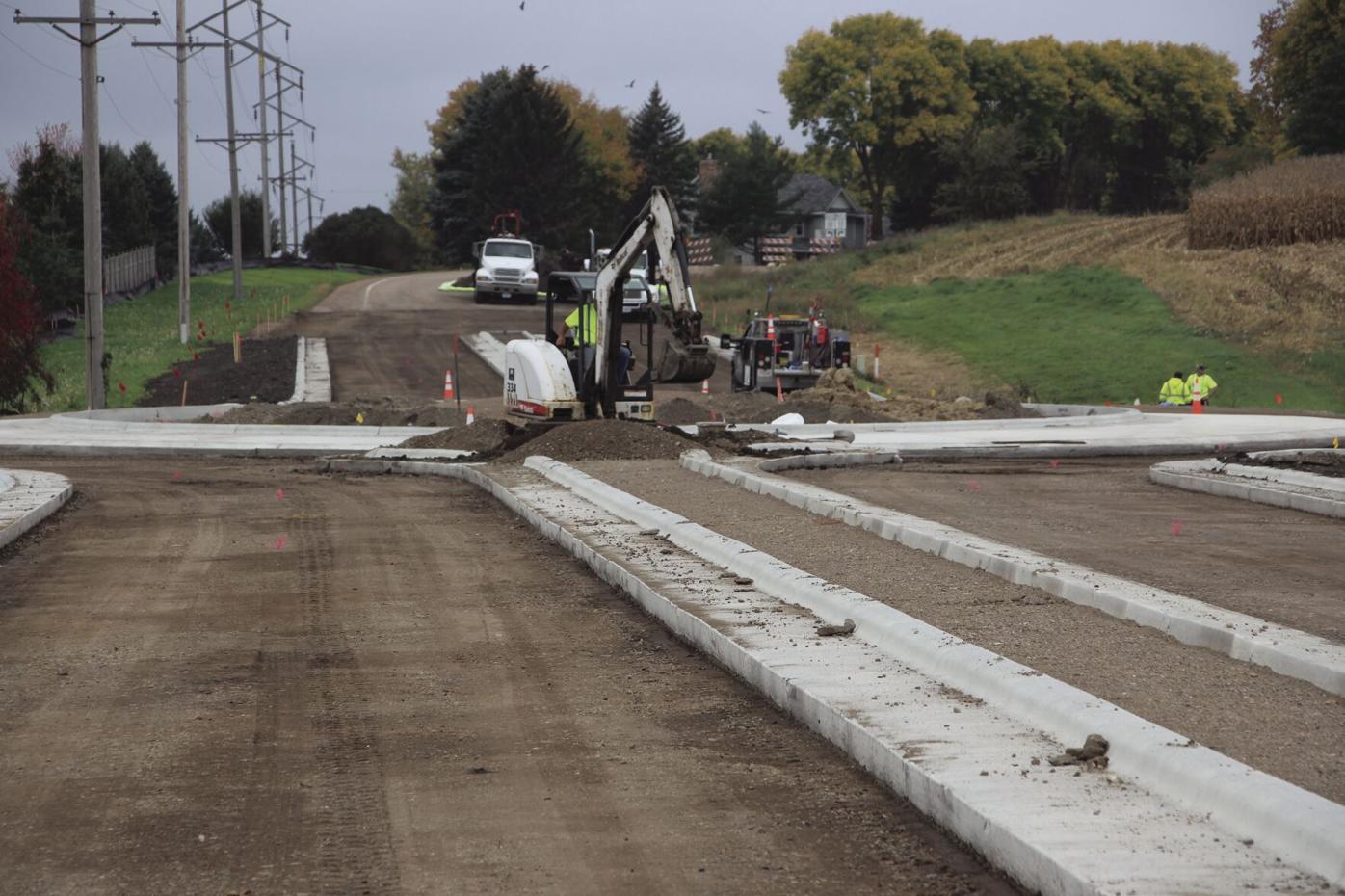 The roundabout taking shape at Waconia Parkway South and Pond Lane is pictured. Bonds were recently issued for 2021 street improvement projects, and trail and sidewalk work along the parkway. (Al Lohman/The Patriot) 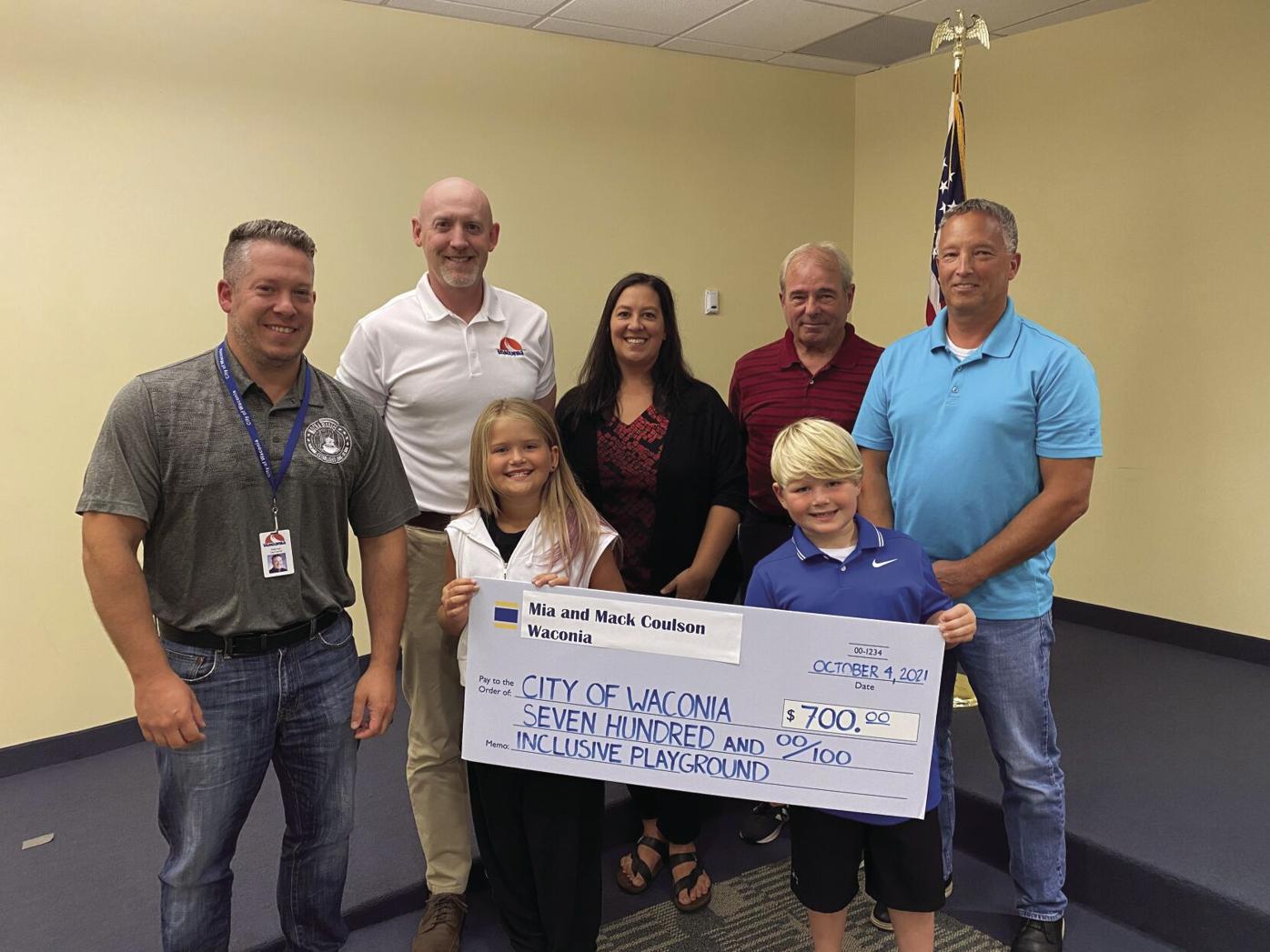 Mia and Mack Coulson with the Waconia City Council and a check donated for the Inclusive Playground. (Photo courtesy city of Waconia)

The roundabout taking shape at Waconia Parkway South and Pond Lane is pictured. Bonds were recently issued for 2021 street improvement projects, and trail and sidewalk work along the parkway. (Al Lohman/The Patriot)

Mia and Mack Coulson with the Waconia City Council and a check donated for the Inclusive Playground. (Photo courtesy city of Waconia)

Preparations for Waconia’s new fire station are moving into the site planning and preliminary design phase.

The city council last Monday, Oct. 4, authorized using BKV Group and allocating $80,000 to complete the next phase of the project.

The consultant was involved in a study earlier this year to evaluate options, space needs and site location for replacement of the existing fire station, which was built in 1980. Preliminary discussions about a possible new facility began three years ago based on the growth of the community and limitations of the current fire station.

Preliminary estimates based upon square footage needs range from $8.3 million to $9.7 million. The next phase will refine space needs, lay out a floor plan, explore some schematic design options and narrow cost estimates.

The city’s capital investment plan identifies construction of a new station to begin next spring. The site planning phase is expected to take 2-2 ½ months, according to a BKV Group representative, after which the council will decide whether to move into development of a final design and construction plan.

In other business, the council agreed to award a construction contract to low bidder GMH Asphalt Corporation for the East Frontage Road improvement project in the amount of just over $1.9 million. JMH Asphalt already is constructing a local parking lot to support local businesses and industrial parcels adjacent to the planned roadway, as well as work on Waconia Parkway South improvements, so the contractor is expected to mobilize soon on the frontage road project.

The road project will link Eighth Street to East Frontage Road immediately south of Highway 5 and the Pine Street business park. Long-term, the project is intended to improve business access as transportation changes are made to Hwy. 5.

The city council last week also conducted public hearings and authorized issuance of $2 million in bonds for 2021 street improvement projects and another $800,000 for the portion of 2021 infrastructure projects that include trail and sidewalk improvements along Waconia Parkway South.

During a visitor presentation to start the meeting, Mia and Mack Coulson presented a $700 check to the Waconia City Council last Monday to go toward the Inclusive Playground. The young people raised the money at a lemonade stand they operated one day during the Carver County Fair and on Nickle Dickle Day. The children visit the city parks a lot, said the children’s grandmother Janelle Coulson, and the goal is to have a place where kids of all abilities to have a chance to play. With the latest donation, the city is approaching nearly $250,000 in funds raised with a target of $400,000, according to city officials.