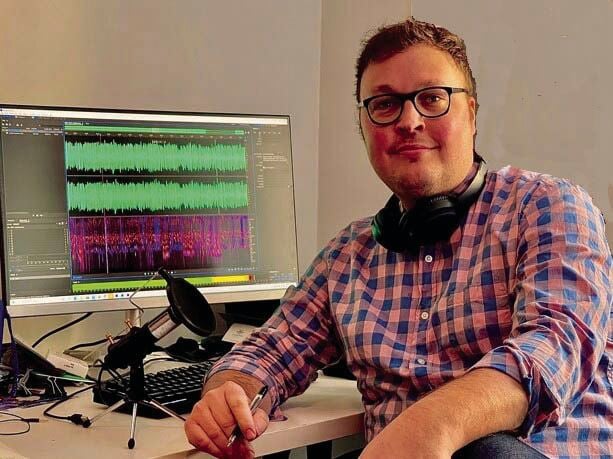 Tony Smith at his in-home recording studio editing the post-production of a podcast.  (Submitted photos) 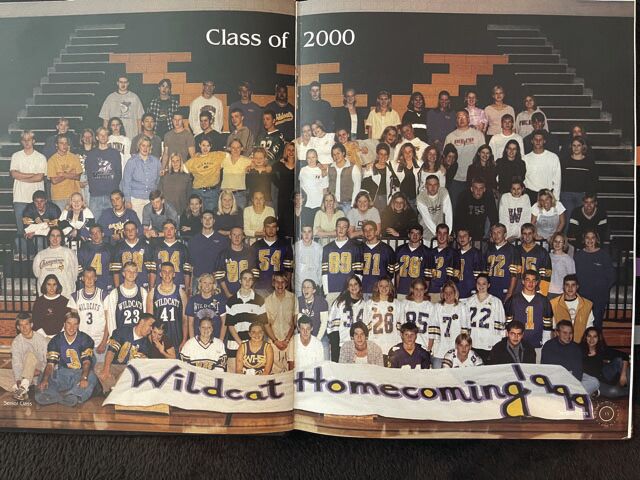 Tony Smith at his in-home recording studio editing the post-production of a podcast.  (Submitted photos)

Waconia’s Class of 2000, the Y2K class, was supposed to have its 20th class reunion last year – that is until the pandemic interrupted plans.

This year isn’t looking much better, and rather than wait until their 25th, the reunion will be marked with a podcast series called Waconia Rewind.

Ironically, the high-schoolers who graduated at the turn of the century were perhaps the last class that wasn’t wired to information technology at a young age. In fact, the months leading up to Y2K were marked by fears that computer systems around the world would crash when the year ticked from 1999 to 2000. But that Waconia graduating class is using technology now to mark their 20th reunion, renew acquaintances and share stories.

That’s due in large part to 2000 grad Tony Smith, who is well qualified to craft the podcasts and chronicle what has happened to the WHS class of 2000. He’s a former high school yearbook staff writer, majored in journalism at the University of Minnesota and frequently tells stories now as an advertising free-lancer.

“In the absence of a 20-year reunion, we can all pick and choose who we want to catch up with via technology that wasn’t imaginable back in the ‘90s,” Smith said. The casual podcast interview format covers how the last 20-plus years have gone, along with going back to re-live some cherished memories from high school.

Smith got the idea while helping his grandmother move, and came across a box of high school memorabilia. Lately, he has been in contact with former classmates for podcast interviews.

A 20th class reunion is far enough out from graduation, Smith notes, so classmates aren’t in the same cliques and rehashing the same stories, but instead may have embarked on careers, moved to new locations, started families, or are off on some other adventures. Smith himself spent some time in Los Angeles in his advertising career before returning to Minneapolis.

He observes that the class of 2000 was relatively small, about 150 students, compared to much larger classes today, fairly accomplished, also that the community has changed considerably over two decades.

“I got lost the last time I visited Waconia and tried to find the new high school,” he said.

Here are a few excerpts from the first podcasts:

“The one thing I’d say about our class, I can’t say a specific person, but I look around our grade…just the amount of folks who landed on their feet and turned out to be upstanding citizens is pretty cool. I think our class had that reputation of being overachieving, it is awesome to be a part of. Between Matt Bergmann having Laketown Electric, and Kent Boll (owner of Service Today) doing well, I’m happy for everyone.” -Erik Sorensen

“Our grade was really close, everyone knew everybody…we were a close-knit group…and having people be so successful, I’m really proud of our class and where they have gone.” -Kyle Rambow

“I think anyone you have on it will be super-interesting to hear their stories and what is going on.” -Bria James

Now, Smith is looking for more classmates either to interview, or even to co-host or host.

Classmates shouldn’t feel intimated in sharing their stories, he stresses.

“It’s not a career comparison and it’s not Hard Copy,” Smith said. The interviews are “softball questions” intended to get a conversation started, catch up and share some memories.

What’s more, unlike a formal class reunion, you don’t have to dress up, make a special trip, or shell out for an expensive meal.

And if you don’t care what a certain classmate is up to, he jokes, “you can just switch to the next podcast.”

You can find Waconia Rewind on iTunes, Spotify and Google Play.