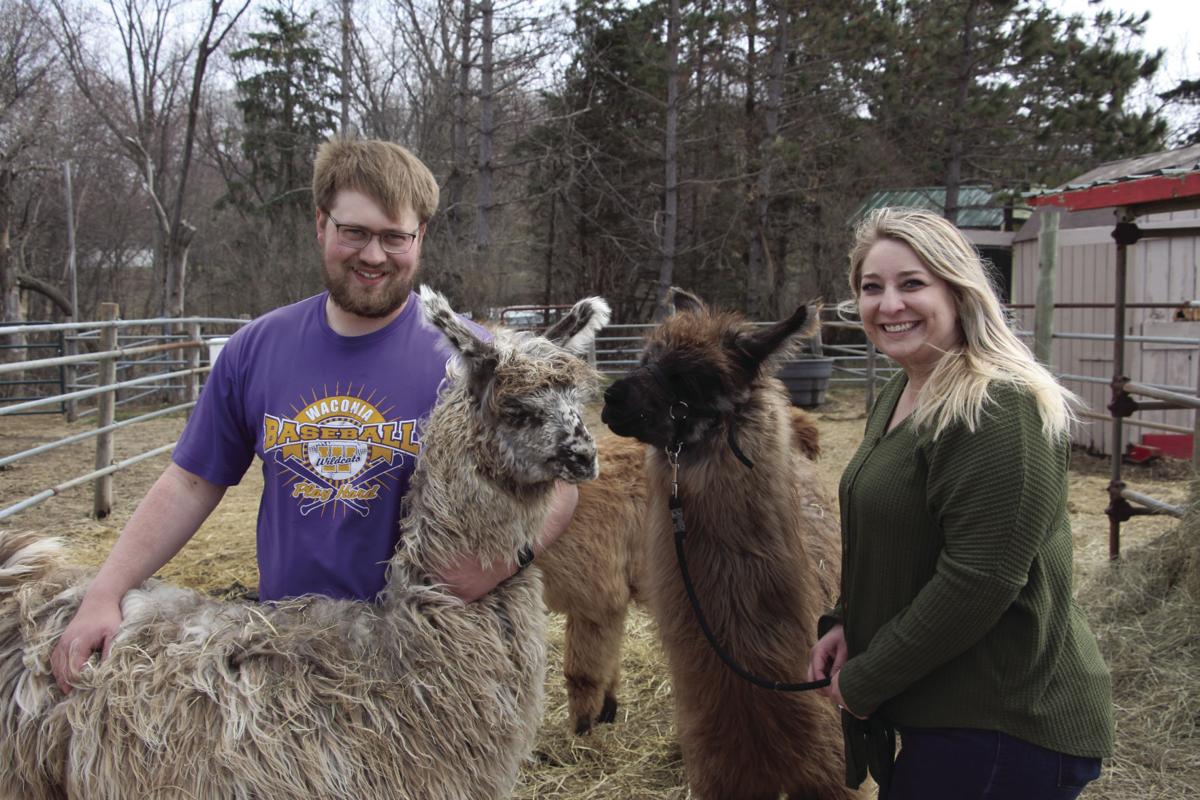 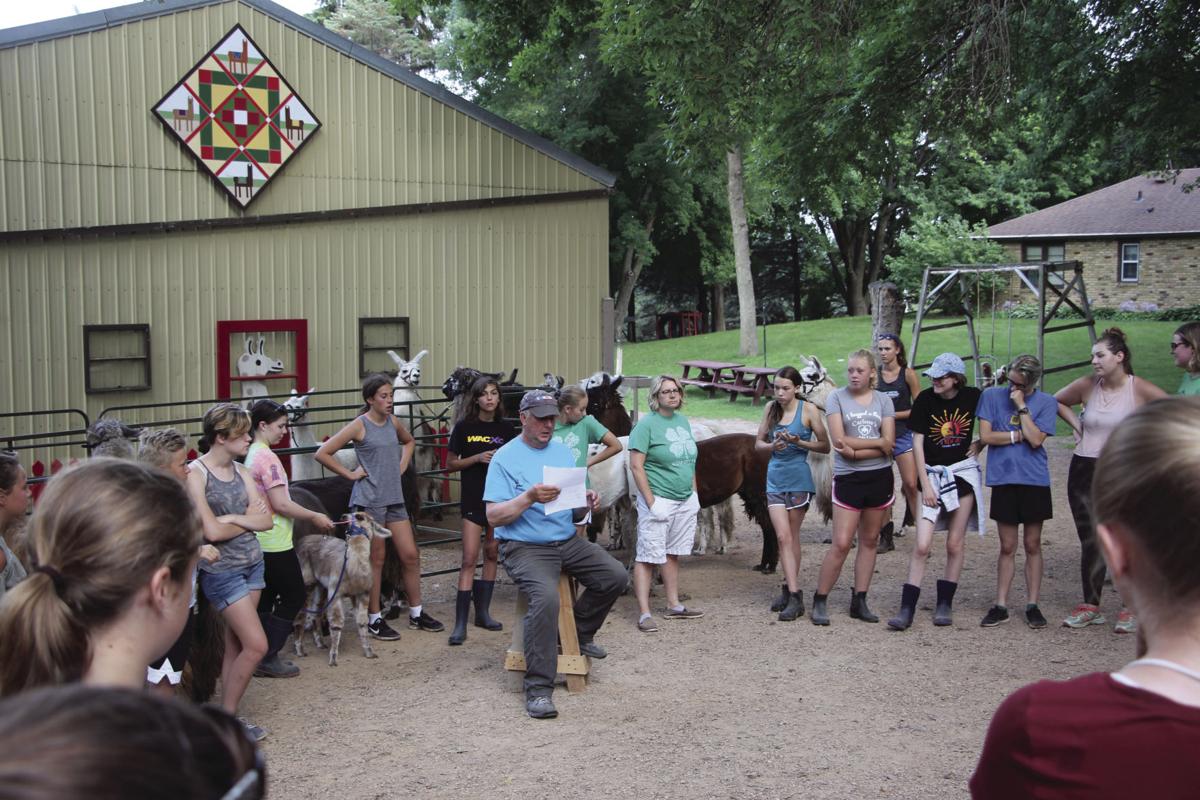 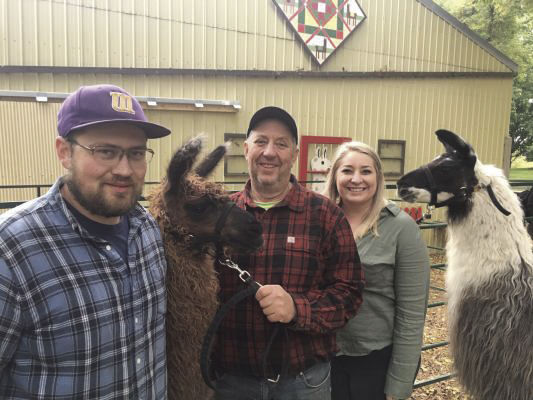 There are new operators at Carlson’s Llovable Llamas, the popular local farm attraction. But the name won’t change.

Brother-sister team Evan and Ashley Carlson have taken over day-to-day operations of the llama farm from their dad Rick Carlson, who announced his retirement last fall.

Carlson, along with his wife JoAn, started the llama farm outside of Waconia 20 years ago, and over the past two decades it has become home to one of the largest 4-H llama programs in the nation; a regional destination for birthday parties, tours and special events; and a kind of identity for an entire community.

The agreement with his wife was that Carlson would have no more than 20 llamas, his kids note. But that number swelled to more than 100 before Carlson starting scaling back late last year. He sold several llamas to some 4-H families and other buyers, but will still retain a healthy herd of some 30 animals for 4-Hers to show and the public to visit.

Care of those llamas and management of operations now falls to the adult Carlson children. There was some talk last fall of selling the farm outright, but Evan and Ashley Carlson agreed to take over management of the farm and insinuate themselves more into the day-to-day workings.

“We knew how much it meant to our dad and this has become a really popular business,” says son Evan.

Last year, Carlson’s Lloveable Llamas hosted more than 500 farm visits and another 200 events, such as birthday parties and field trips – even yoga classes. The Carlsons also take llamas to a number of off-site locations and events, such as individual homes and senior care facilities – not to mention the Carver County and Minnesota State fairs.

And in 2019, Carlson loaned several llamas to the Minnesota Zoo and assisted with the zoo’s new Llama Trek exhibit, which became very popular and is planned again for this spring and summer.

Carlson has taken most of his appointments over the years by phone and keeps a detailed hand-written log of his bookings.

Ashley Carlson says she and her brother don’t expect to make a lot of changes to the farm operation, but one thing that has changed already is the business is now moving more to online scheduling. In fact, they already had a full booking for spring events until COVID-19 concerns limited gathering in place numbers and ultimately shut down the business for now – although they did schedule a virtual Zoom farm visit with a family from California.

Both Carlson offspring say the biggest adjustment for them when on-site llama farm activities resume is shifting from helping with the visits to being the voice, the persona, like their dad has been, leading groups of children and adults, sharing knowledge and answering the many questions about llamas like: What are their names? How fast can they run? Are they friendly? Do they spit? Do llamas have good eyesight?

“I used to be petrified is speech class and would do anything to try to get out of giving speeches, so that can be scary” Ashley said. But she says she is gaining more comfort, especially in front younger children.

“It makes it a little easier that we’re standing outside, not in front of a large room, and that we know what we are talking about on the topic of llamas.”

“I was the same way – a painfully shy kid not wanting to talk,” their dad says. “But it’s something you learn and get used to, and now that I’m old I don’t care what I say.”

While Rick Carlson is technically retired from the llama operation, don’t count on it fully, say his kids. He still is an advisor/teacher with the 4-H llama program, still handles some bookings, and still is around to offer advice.

“I think maybe I harp on these kids too much,” Carlson admits. But he and his wife have purchased a piece of property near Park Rapids, Minn., as a seasonal getaway, so they might not be around the farm as much.

With the snow melted and the mud largely dried up until the past weekend, the Carlson farm is tidy – almost immaculate.

“It should be. What else have we got to do,” asks Ashley, who will not only help with the llama business but will continue to work as a hair stylist when she is able to resume that career.

So, when it comes to shearing time, will we see some llamas with different dos and coiffures?

But one thing is for sure: When COVID-19 shelter-in-place orders are lifted, people will be clamoring to go places, and the Carlsons expect a bunch of visitors during a season that already has been shortened by the coronavirus.