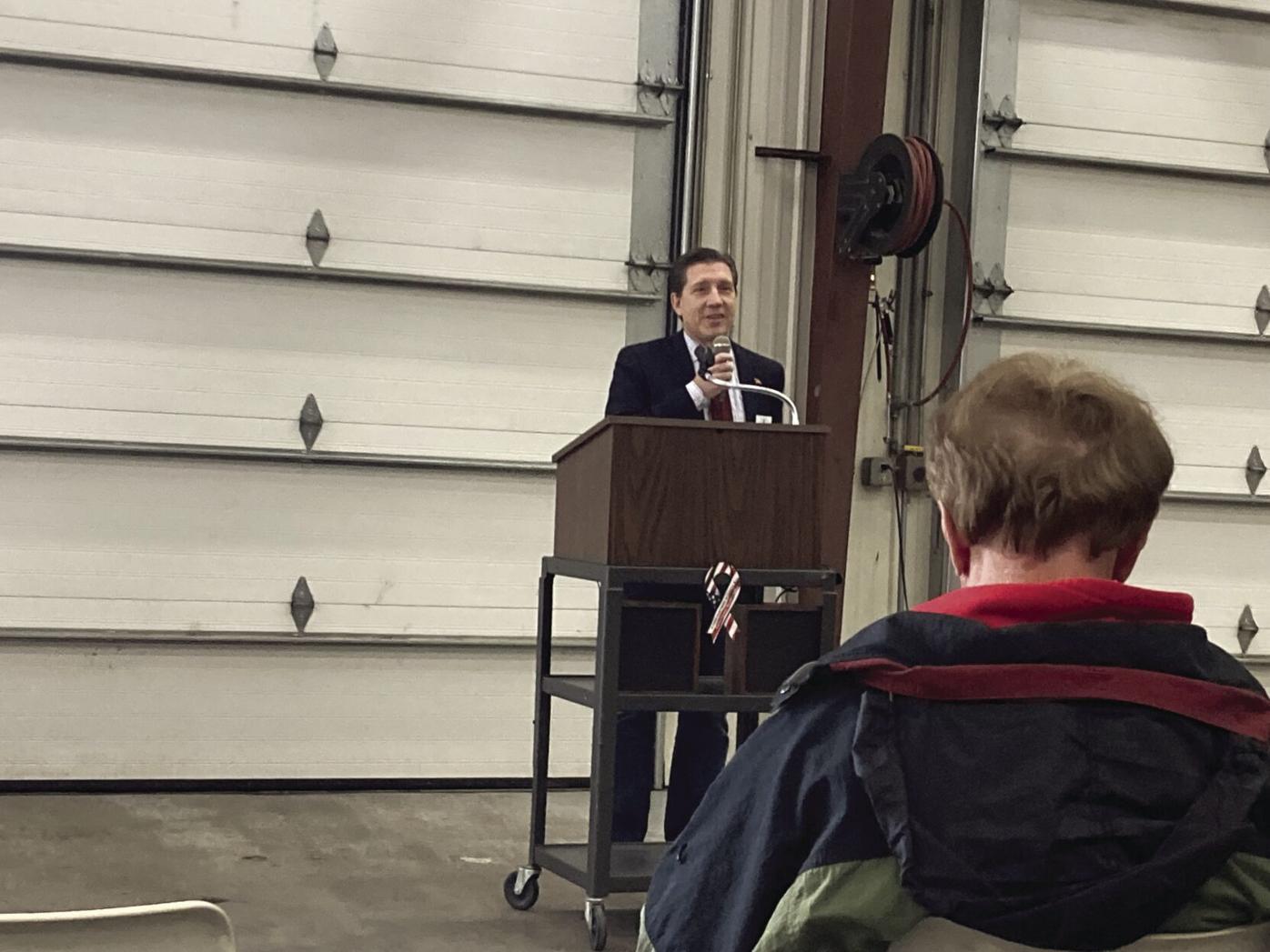 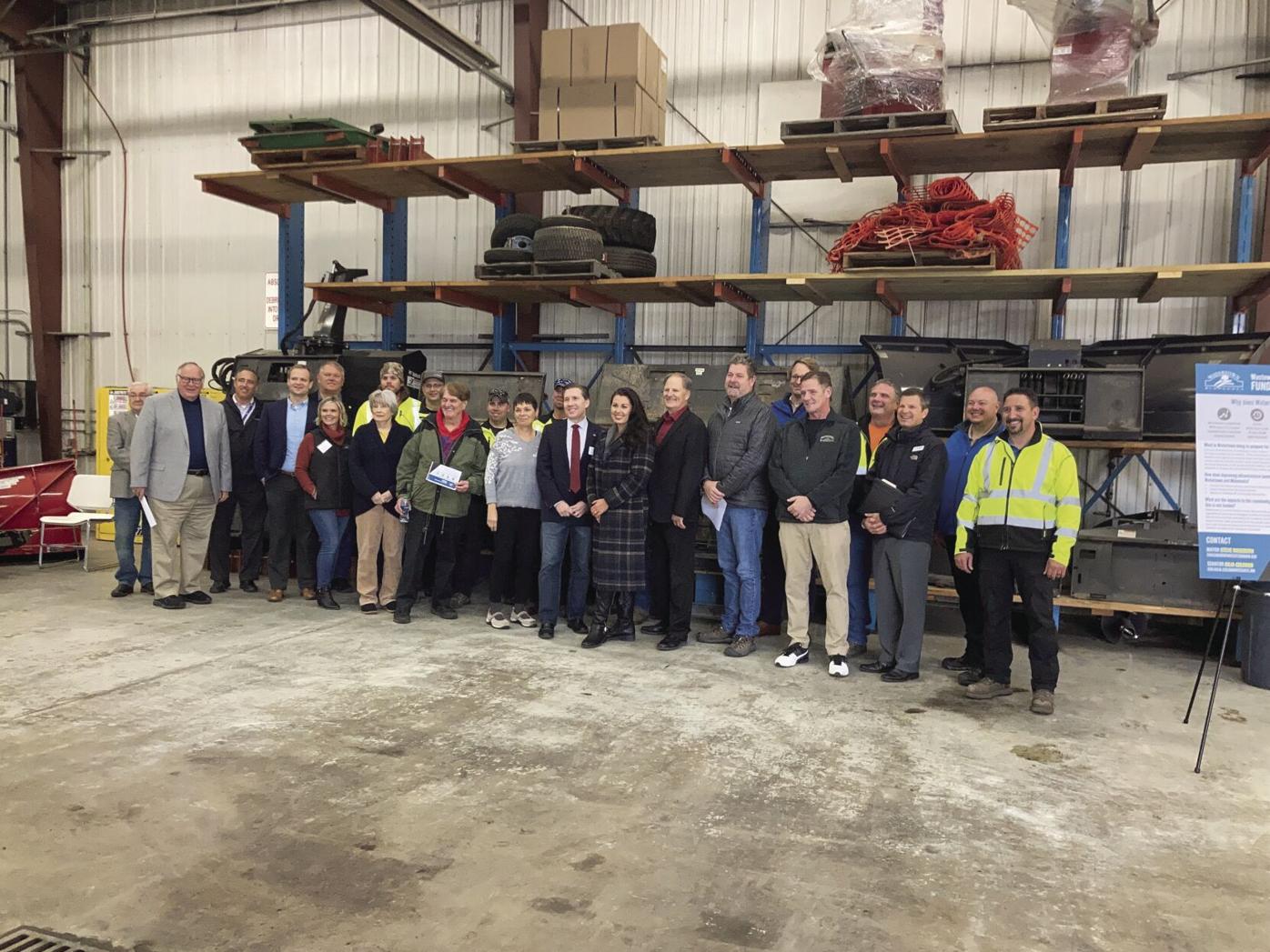 The Senate Capital Investment Committee and Watertown representatives at the end of the meeting at Public Works.  (Megan Glenn/News & Times)

The Senate Capital Investment Committee and Watertown representatives at the end of the meeting at Public Works.  (Megan Glenn/News & Times)

After several years of planning, Watertown’s Wastewater Treatment Facility was visited by members from the Minnesota Senate Capital Investment Committee to discuss funding for the project.

The project, which will cost upwards of $23 million, requires funding from the state in order to meet the growing needs of Watertown. Part of this project is also to help with pollutants and prepare for future projects at the facility.

“Carver County is the fastest growing county in the state, and with that, some of our urban districts are experiencing a lot of growth which is impacting their infrastructure needs, like their wastewater treatment plants,” said state Sen. Julia Coleman. “However, not every community’s growth is fast enough to have their tax base keep up with demand that’s being put on their infrastructure.”

According to Mayor Steve Washburn during the Senate discussion at the Public Works Building, part of the reason this is becoming more pressing now is Watertown is reaching it capacity. The existing facility is 26 years old, and in need of replacing due to age. This improvement, while a large cost in the long run, would also help keep taxes steady as Watertown has been doing.

Watertown staff and council have also been trying to get this project off the ground for quite a while. The problem with waiting is that costs are increasing. What was previously a $15 million project has grown to $26 million.

“We’ve been modeling this project close to a $15 million effort, and we’ve been on the list trying to get some money,” said Washburn. “So now all of a sudden, those project costs are $23 million after the increase in construction costs.”

The challenge with Watertown’s facility is the fact that while in the Metropolitan Council’s purview, Watertown is not connected to the council’s water treatment facility, and needs to basically run on their own. This means that residents don’t get the benefit of the Met Council’s costs, which is why Watertown has always made it a goal to keep water and sewer increases low.

Doug Kammerer, city Director of Public Services, also presented on the project to the Senate Committee.

“We all know the importance of clean water,” said Kammerer. “We are working to provide the best water quality for the benefit of Watertown and the areas downstream.”

Kammerer also clarified that the current project is mostly to increase capacity, not to combat chlorides. To fully meet chloride standards would be another project, costing upwards of $60 million to do right now. It’s also important to note that while capacity needs to be increased, there are no large scale users of the facility, as most of the users are simply residents and not industry.

Watertown has been no slouch on this project, either. Despite the high costs, staff have been at work applying for grants already. One grant was just recently received, a total of $7 million, and the city is “just waiting on the check” according to Washburn. They have also applied for other grants while in contact with the Senate committee. The grants help, but considering the size of the project the city needs the help.

One senator asked how much the population has grown in the past 10 years and what the predicted growth is. According to Washburn, growth has been steady for the past five years or so. Currently, the population of Watertown is sitting at about 4,800 people, with project growth from the 2040 Comprehensive Plan predicting 7,800 by 2040. With that steady growth, it was time to really push to get this project going.

“Any help we can get from you will be appreciated,” said Washburn. “We’ve reached capacity and pollution levels.”

With all that information in mind, the Senate Committee thanked the staff and council for their time and efforts in sharing their progress regarding this project. Washburn thanked the committee for taking the time to come out to Watertown and listen to their needs regarding the Wastewater Treatment Facility.

Next to come out will be officials from the House of Representatives, which will be happening in the next couple weeks.