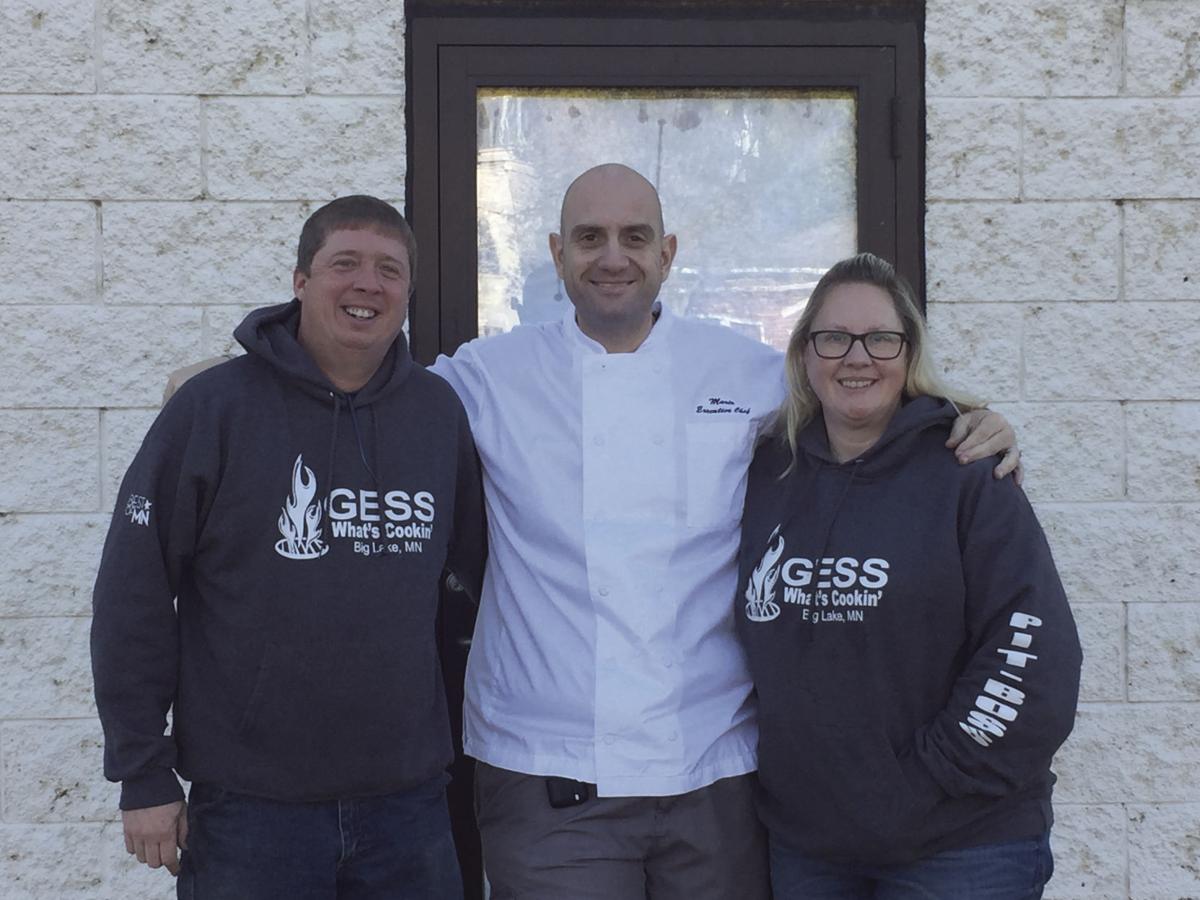 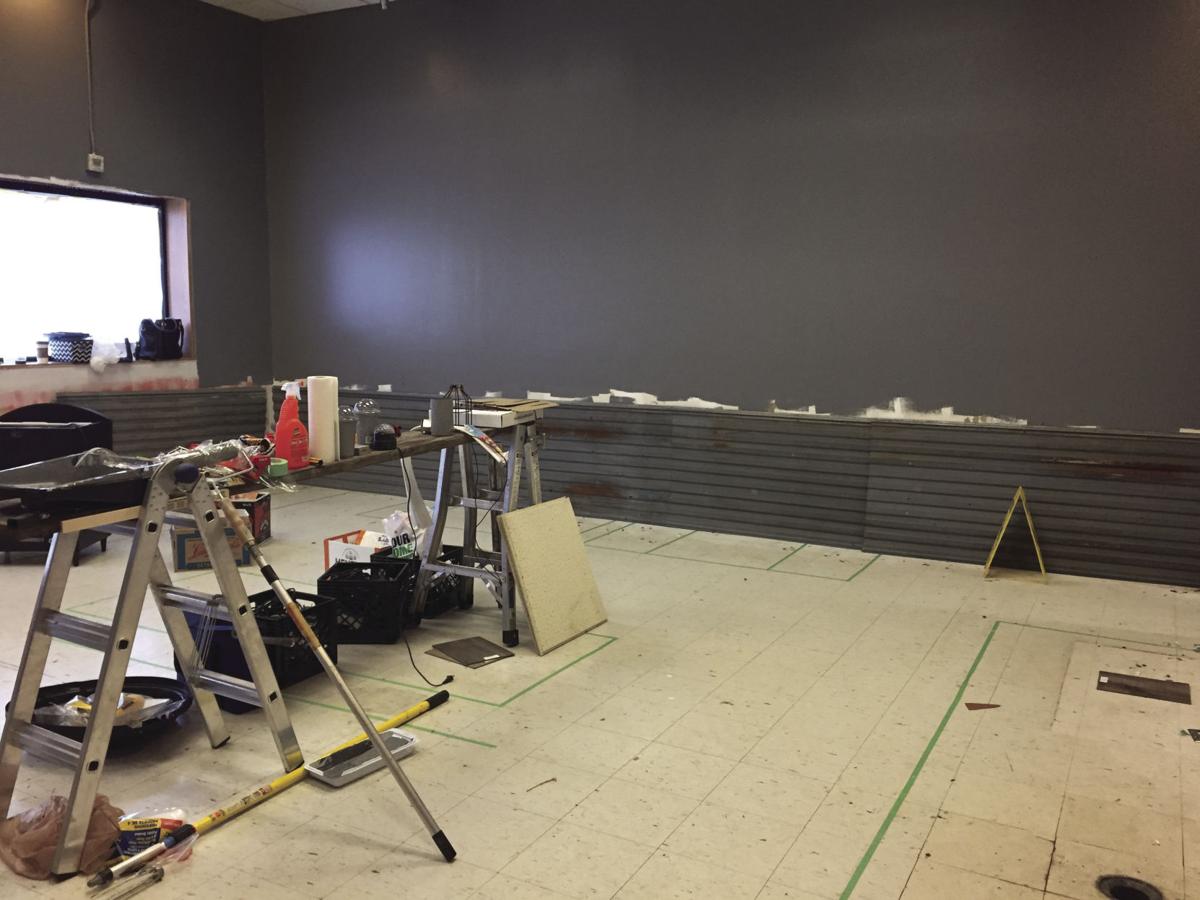 The dining space, currently being renovated.

The dining space, currently being renovated.

Watertown residents may have noticed China B1’s move to the old DaVinci’s location, and might be wondering what is going to replace their old location. Two Big Lake residents, Dave and Joy Gess, have decided to take the old restaurant space to begin opening a new one: Gess What’s Cooking?, a BBQ smokehouse set to open in December.

“We started doing concessions for our kids in youth sports since nobody wanted to run them,” said Dave. “People said we had a knack for doing it and said that we should do something one our own.”

Dave, who originally worked at the Big Lake nuclear plant, started with the concessions at youth sports, hearing a lot of positive feedback. Rolling with the praise, he and Joy began to hold Smoker Sundays, a potluck at their house to sample out meats and other future items, according to Joy. From there, friends and family began telling the Gesses that they really had something going, and they decided to take the jump into doing catering and a food truck.

For three years, the Gesses worked out of a 10 by 20 tent, selling smoked meats and sides for weddings, events, and football tournaments whenever they could. They had to learn to deal with the elements from 100 degree days with 40mph winds to cold days with equal winds. But according to Dave, from the start they did well, keeping up with demand and handling whatever weather conditions came their way, enough so that they quickly added a trailer to their tent to keep everything together.

With the purchase of the trailer came a decision: to make the jump to working the food truck fulltime or to keep it part time.

“I got a phone call to go over to the Monticello nuclear power plant and work there,” said Dave. “So I took the leap of faith, and I’ve been doing this fulltime four years this spring.”

After four years, the Gesses decided it was time to expand their business by opening a restaurant. With winning awards from WCCO and The Growler Magazine for best foodtrucks, the only question was where. Being cousins with Ali Cortolezzis, wife of Mario Cortolezzis of Mario’s Italian, they got some help. The Gesses examined the markets for both Big Lake and Watertown, looking at commercial value and residential value, and settled with Watertown.

The space where Gess What’s Cooking? will be located has a small dining area, seating 16-18 people inside with possible outdoor seating in the future. The set up will be similar to Chipotle, though, with the ability to walk in, go down the line and order, and choose whether to sit down or to stay.

“The idea is you can come in and get a fresh-cooked burger or pulled pork sandwich in 10 minutes or less,” said Cortolezzis. “It’ll be like my place where everything will be fresh ingredients, just more fast-casual.”

Though still under construction, the layout is already set up for the future restaurant with a counter for serving, a line for customers, a few smaller tables as well as a family table, and centered counter full of condiments, napkins, and other customer needs for their food. All in all, the restaurant remodel is well underway and preparing to be complete in December, though no specific date is set as of yet.

As for plans once Gess What’s Cooking? is open, the hope is to have a few staples, but not to be too set.

“We don’t want to pigeon-hole ourselves,” said Joy. “Smokehouse and smoked meats will be the main thing, but we do so much already.”

Things the Gesses are cooking for their foodtruck include brisket, tacos, pulled pork, burgers, and more. They’re never sure what they’re going to show up with. Recently they were at an Oktoberfest and made spätzle. In other words, patrons could eat there every day and never get the same thing twice.

With Cortolezzis as a partner to help them open, the two will also be sharing a few things, he said, so don’t be surprised if you’re in the mood for Italian to see a couple items with smoked meats. And vice versa for Gess What’s Cooking?. The Gesses will also be joining Cortolezzis in the Gold Fork program, bringing a new variety of food to the elderly around Watertown.

When the restaurant opens, it will be located at 300 Lewis Ave Suite B in Watertown, so keep an eye out for progress next to Marketplace Foods.

“We’re so excited for this,” said Joy. “Every day we’re a little closer.”