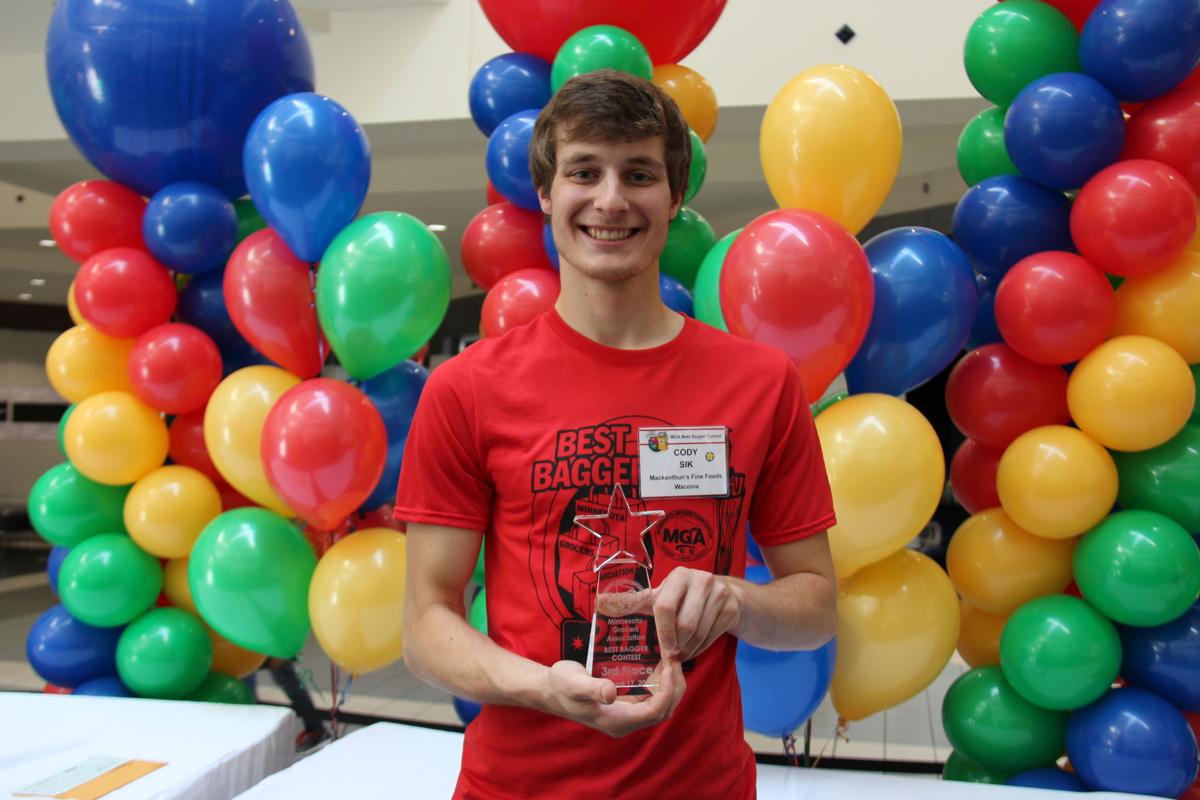 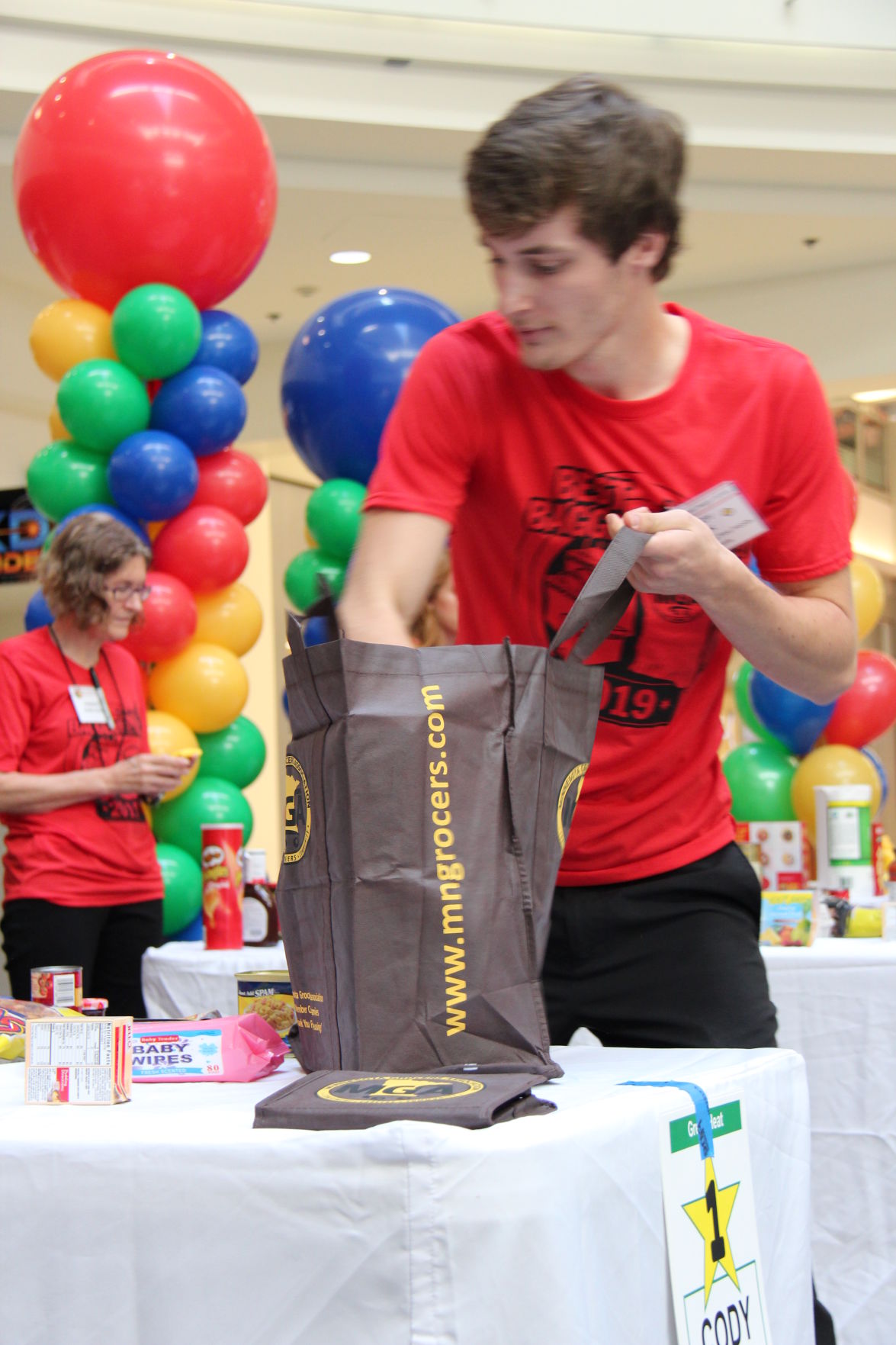 Grocery shoppers might take for granted their filled grocery bag until the bread or a tomato gets crushed, the contents spill, or the bag splits. But the Minnesota Grocers Association (MGA) believes bagging is important enough that it holds an annual statewide Best Bagger Contest, and this year a local young man, Cody Sik, took third place.

“This contest is important to the Grocers Association and its membership because it is a fun, fast-paced, and entertaining competition, but most importantly this event showcases the talents of one of the industry’s key employees,” said an MGA spokesperson. “Baggers are the people responsible for the last experience customers have in a store, and the contest’s focus on these top baggers truly exemplifies the food industry’s dedication to customer service.”

Sik has been bagging and stocking shelves at Mackenthun’s Fine Foods for just over four years, and the Waconia grocer annually holds its own bagging competition at its company picnic.

“Every year, I get really excited for the picnic,” Sik said. “It’s a great opportunity to meet and get to know other coworkers and hang out with friends. I also enjoy competing in the bagging competition in which my brother and I participate. This year, I won at the company picnic and had the pleasure to represent Mackenthun’s at the MGA Best Bagger Competition held at the Mall of America.”

“I practiced every week leading up to the competition in hopes to represent Mackenthun’s well,” Sik said. “The day of the competition I had a lot of support with me, including my best friends from my hometown and college, plus our very own mascot, Cooper the Chicken. It was a very fun day with a lot of good laughs and an amazing group of baggers from all around Minnesota.”

Contest attendees “witnessed the art of bagging by some of Minnesota’s best,” according to an MGA news release. “To showcase the food industry’s commitment to consumer choice and the well-being of the communities we serve, baggers used the ever-popular reusable bags.”

What’s the secret to becoming a good bagger?

“A lot of practice, as well as a good coach – that being my brother Cole who has worked at Mackenthun’s for six years,” Sik said.

The winner of the bagging contest was Alex Finch of Chris’ Food Center in Sandstone, who earned $500 cash, a trophy and a trip to San Diego to represent Minnesota at the National Grocers Association Best Bagger Championship in February 2020.

“I am very happy with how I did,” Sik said, “but I hope I get the opportunity to go back next year to win it all.”