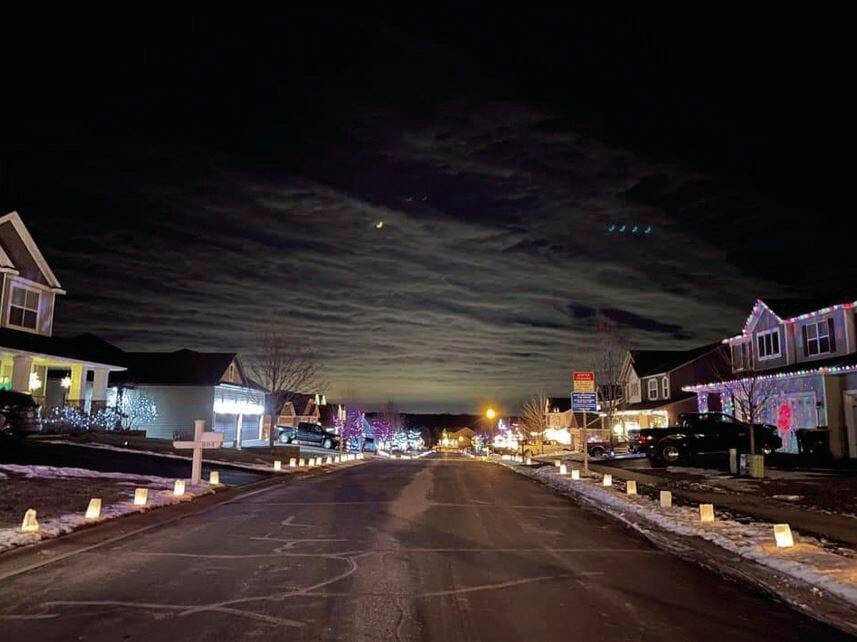 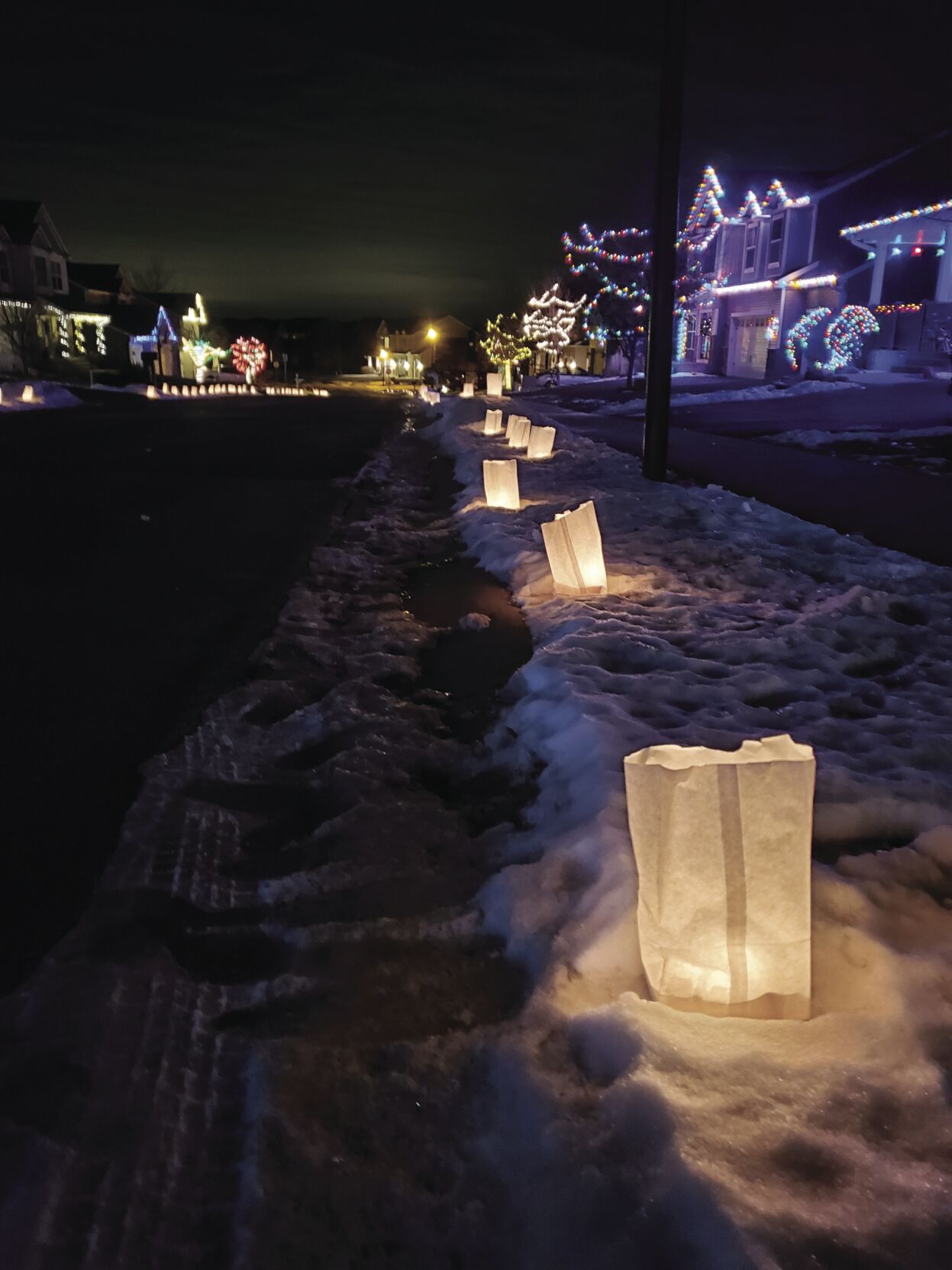 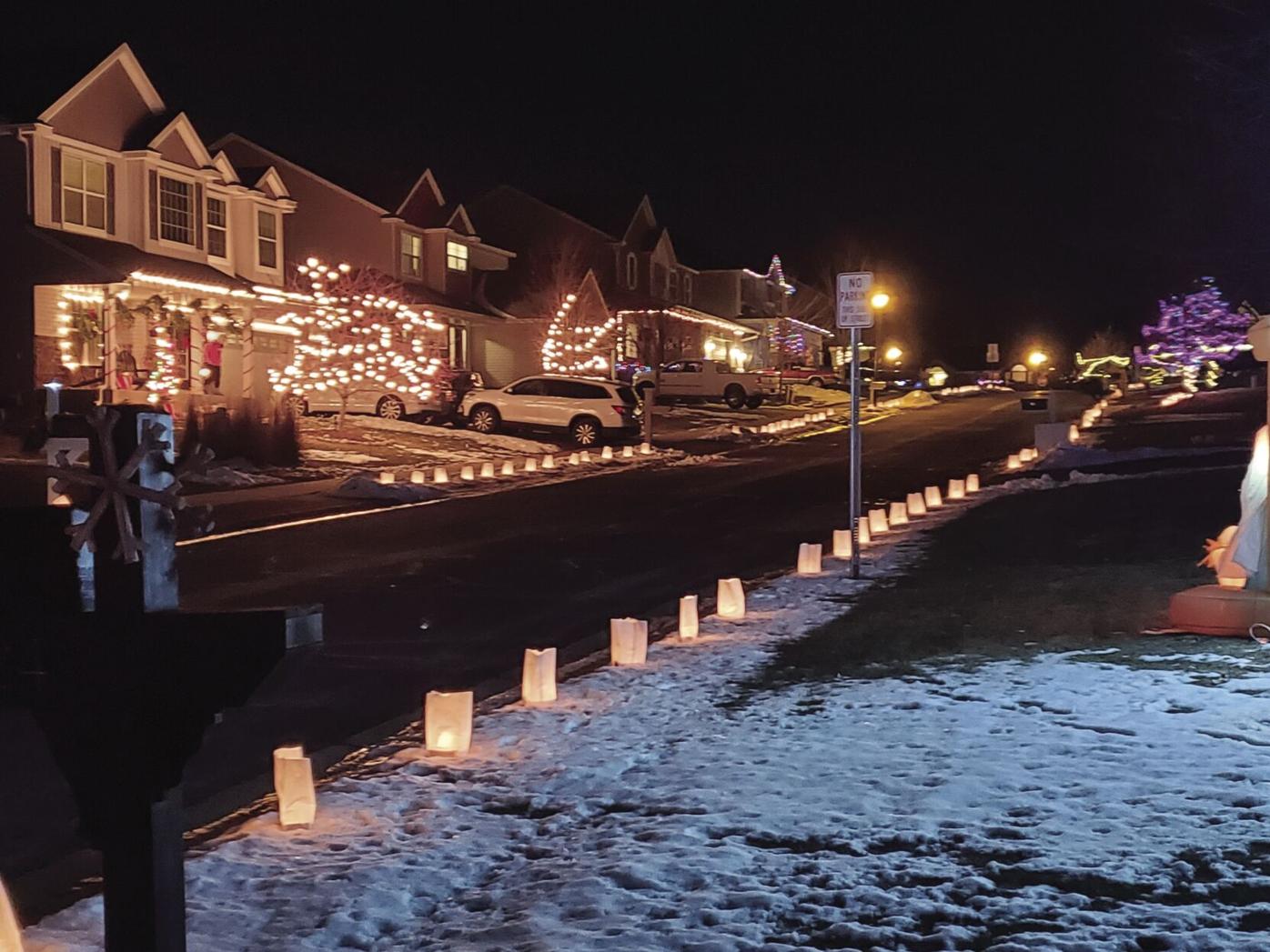 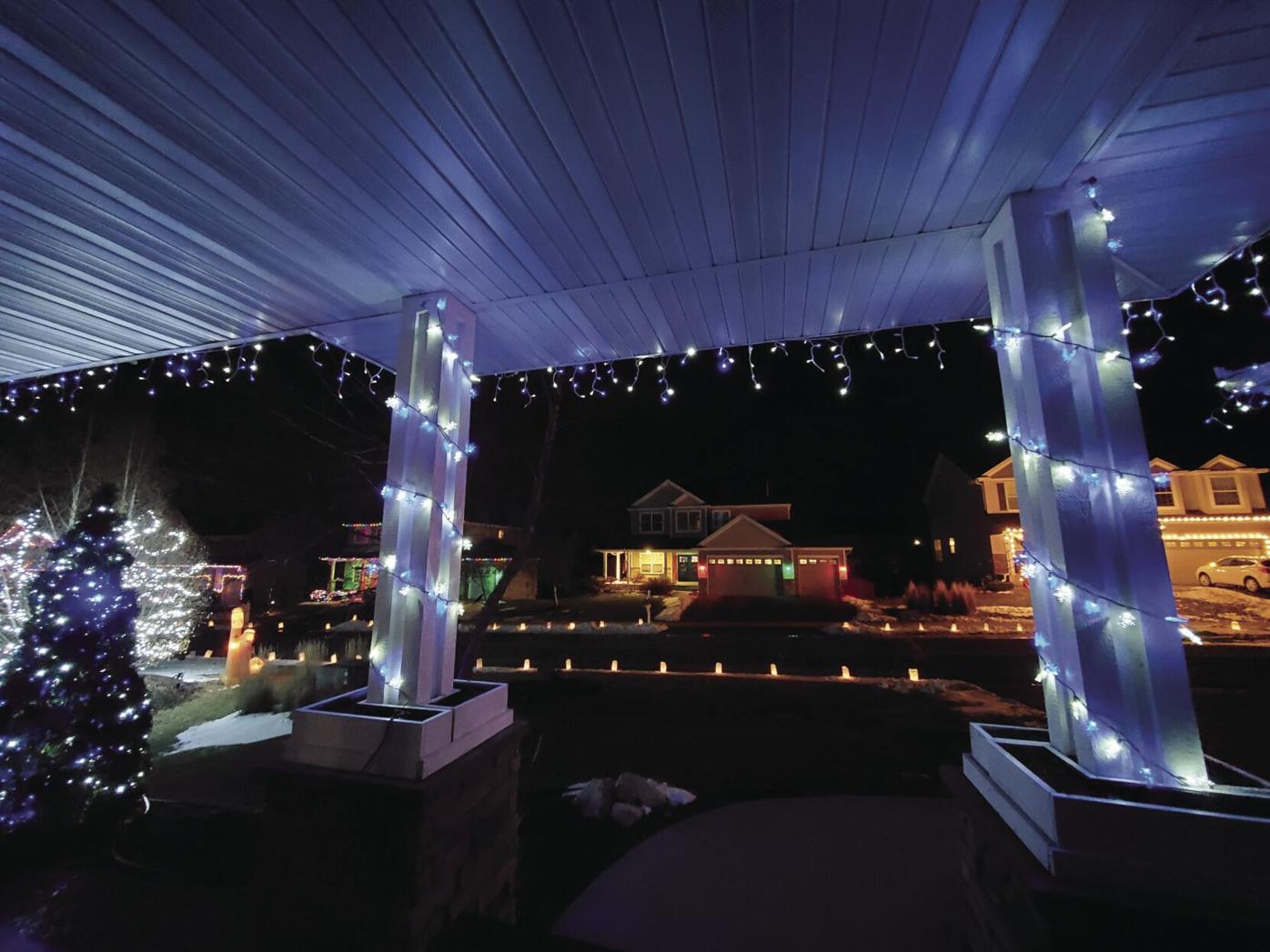 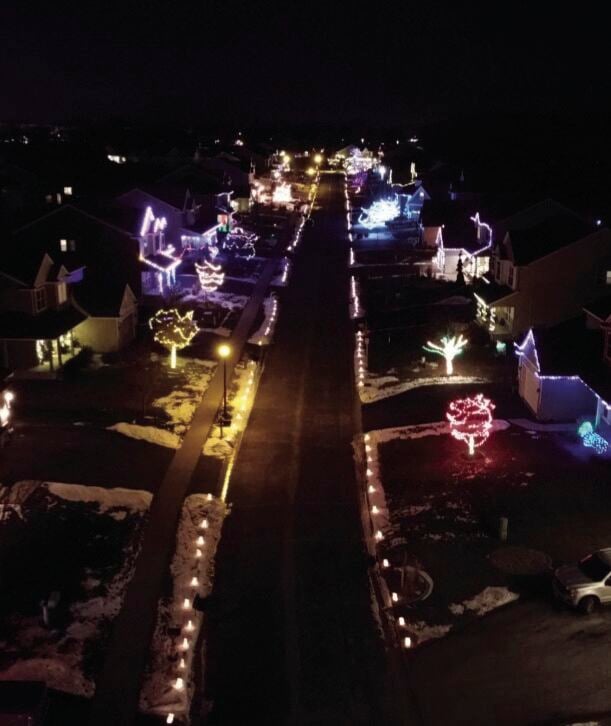 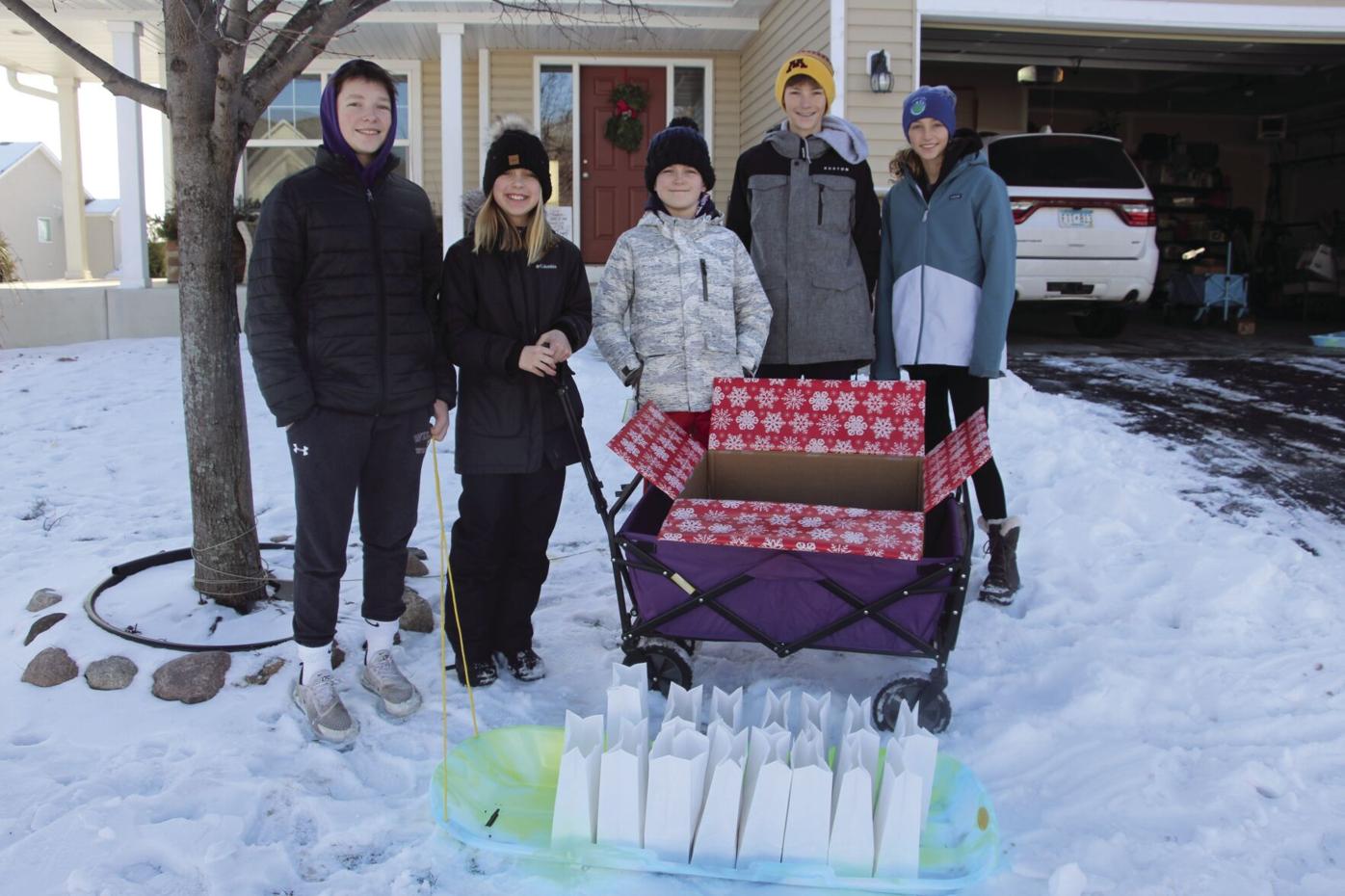 Pictured are Payton Meyer, Sydney Braegelman, Wally Meyer, Dominic Winnie and Danica Winnie with some of the luminarias. (Submitted photos)

Pictured are Payton Meyer, Sydney Braegelman, Wally Meyer, Dominic Winnie and Danica Winnie with some of the luminarias. (Submitted photos)

Yellowstone Trail neighbors in Waconia came together to create a runway for Santa Claus on Christmas Eve.

Some 300 luminaria lights lined the street and sidewalks in front of 25 homes in the neighborhood on Christmas Eve to mark the season.

The idea flickered a few weeks ago with Tanya Meyer, who said the ongoing pandemic and the events of the past year were “starting to bring me down.”

So, she went to a few immediate neighbors with the idea of one night, some light and a little cheer.

“Everyone was totally responsive and soon there was a snowball effect,” Meyer said.

Others neighbors also agreed to assemble and light luminarias for Christmas Eve and joined in a drive for the Waconia food shelf, raising enough money to provide meals for 100 people.

A few neighbors and children assembled and delivered luminaria kits last Thursday. Neighbors lit their tea lights mid-afternoon on Friday and kindled a blaze that lasted well into the night.

Meyer called this a “test pilot year.” Next year, she says, she hopes the idea will extend to the whole neighborhood and others as well.