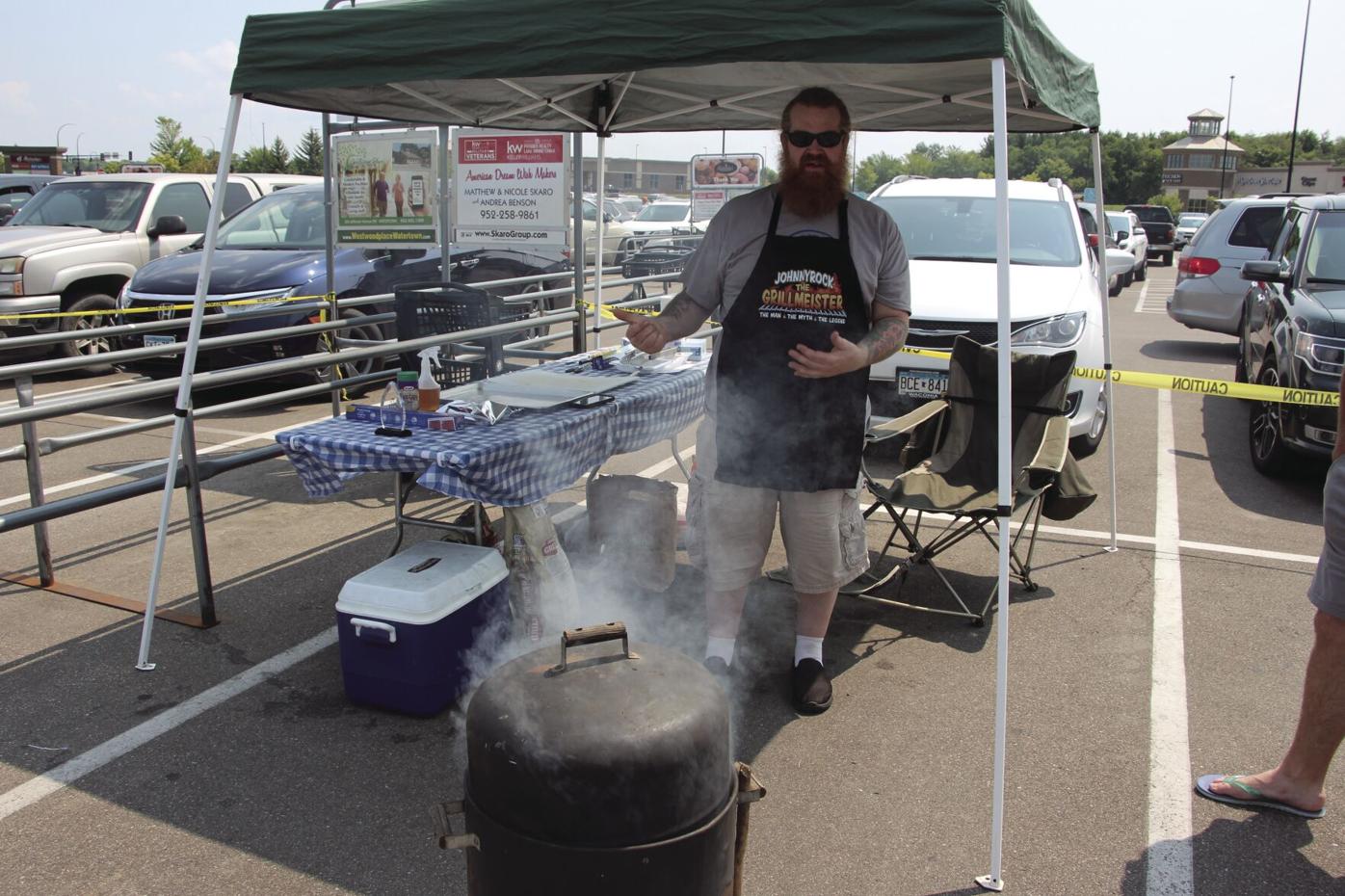 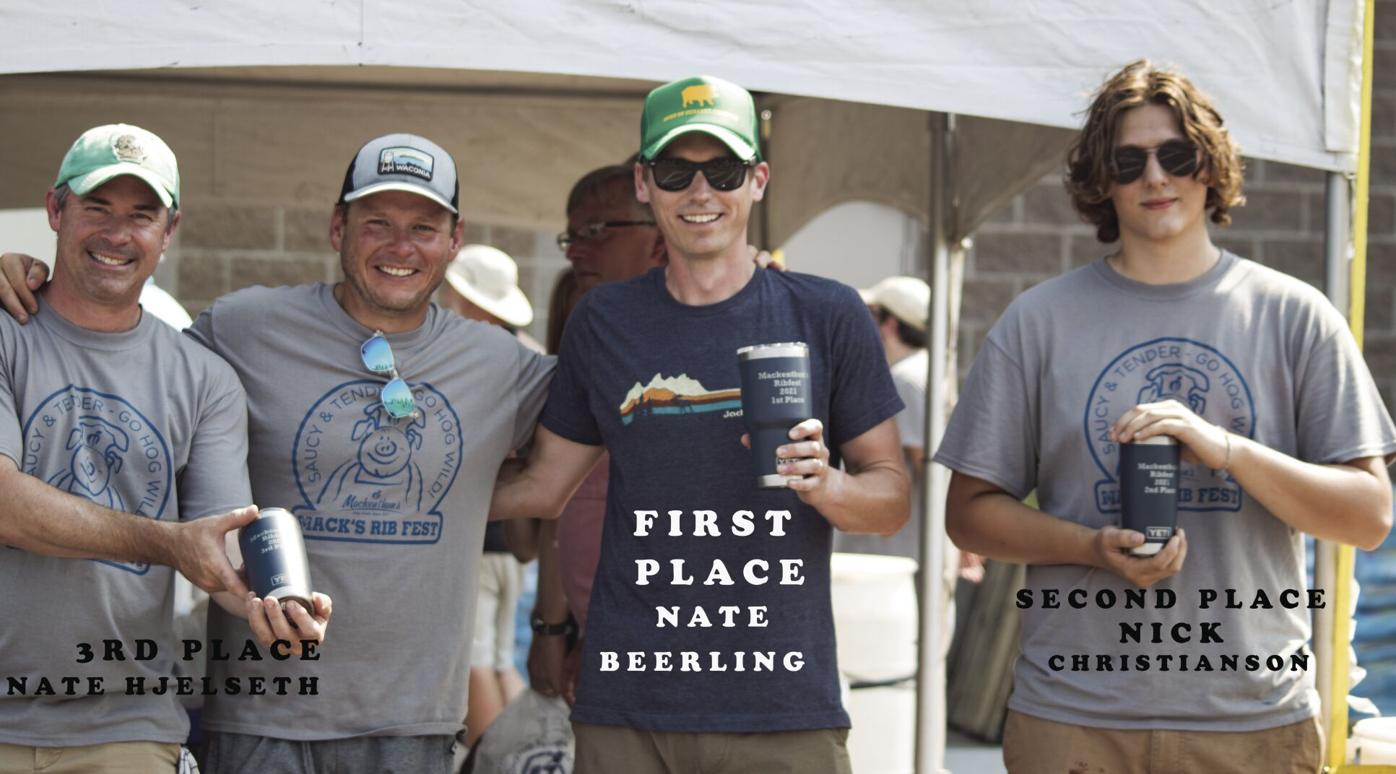 Why would anyone sit in a hot parking lot, in front of a hot grill on a warm Saturday afternoon?

It’s about the ribs.

Mackenthun’s Fine Foods hosted its 18th annual Rib Fest July 17 with 16 teams competing for prizes and bragging rights as the best ribs around.

This was not your usual backyard barbecue.

Grills and smokers were lined up like autos in a car show – everything from Traegers to vintage Weber grills. And the talk was about temperatures, sauces, rubs and smoke. What kind of fuel to use: charcoal, pellets, or wood chips? And if chips, what kind? Hickory, pecan, or something fruity like cherry or apple?

“Low and slow” is the trick when it comes to grill temperature and ribs, said Kristy Heitz of Belle Plaine, who was at Rib Fest with her son Brandon. The pair compete head-to-head at home on barbecue, she said, but this was their first official contest entry.

Another entrant competing for the first time was Tracy Seelhammer, who came all the way from Owatonna. He has a brother who competed on the Kansas City circuit, which has a national reputation for barbecue. Seelhammer was there with a book titled “My Meat Smoking Journal,” a compendium of notes and entries, like dates, grill temperatures and techniques to help a smoker refine processes and improve results.

“Johnny Rock Swanson, the Grillmeister,” as it read on his apron, a native of Waconia now living in Apple Valley, was there with his own secret rub.

Others were there with their own special sauces, spices and techniques, including use of butcher paper to keep the ribs moist, let the meat breathe and the smoking to continue.

Nick Christianson of Waconia was there too. Although just 17, he is a Rib Fest veteran, having earned a top placement in at least a couple other previous events.

Saturday’s contest in front of six local judges ended in a rare tie, with the tiebreaker going to Nate Beerling first and Christianson second. Nate Hjelseth was third.

But the big winners were friends and family who got to enjoy the savory ribs after the competition.