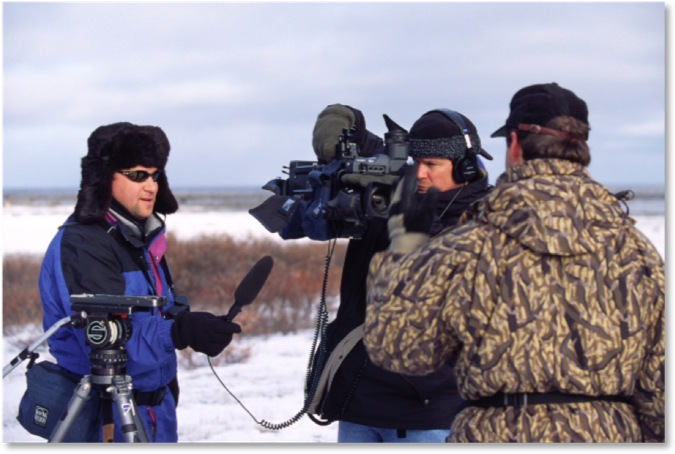 Paul David on the Arctic tundra during filming of a polar bear story for Animal Planet. 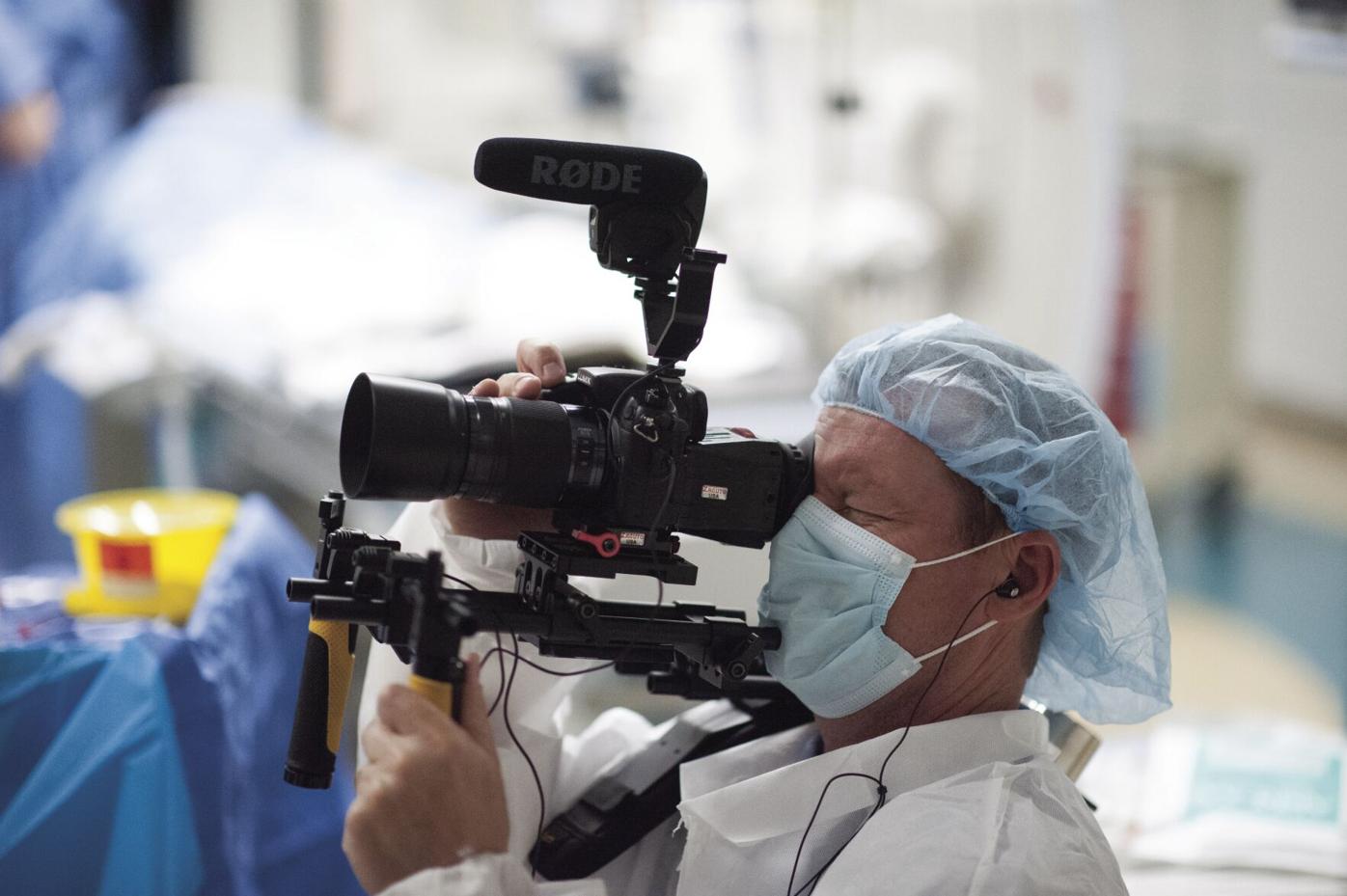 Rod Rassman in medical garb during a video shoot in surgery at Children’s Minnesota. (Submitted photos)

Paul David on the Arctic tundra during filming of a polar bear story for Animal Planet.

Rod Rassman in medical garb during a video shoot in surgery at Children’s Minnesota. (Submitted photos)

Did you know there are two television news reporters living in Waconia?

Paul David and Rod Rassman cut their teeth and had successful careers in the television news business, and they continue to tell stories in their own unique and creative way. Only now their stories are for and about the community.

David is communications director at Waconia Public Schools. Rassman is owner of Rassman Media Group, a local video production company known for its cinematic storytelling for corporate clients and non-profit campaigns. Both were guest speakers at the Waconia Chamber of Commerce luncheon last Thursday, March 25 (Rassman joined via video), explaining to a group of business and organization leaders how to share their own unique stories.

David has produced newscasts for three major news stations in the Twin Cities – WCCO, KARE-11 and Fox 9. He also worked in Chicago where he produced the 10 p.m. newscast at WBBM-TV for Lester Holt, currently the main anchor of NBC Nightly News. In addition, he has traveled the world, covering and producing stories for the Food Network, Travel Channel and Animal Planet, and helping clients such as Hormel Foods, the W.K. Kellogg Foundation, Anytime Fitness and Lifetime Fitness share their stories with the world.

Rassman was a television reporter for 17 years in Wisconsin, Pennsylvania and Minnesota, winning eight Emmy awards during his final six years of reporting at KSTP in Minneapolis. One was for the story of Tori Brenner, who as a 5-year-old lost parts of both legs and an arm when she was accidentally run over by a lawn mower driven by her brother. KSTP was allowed to document her traumatic and triumphant story as she learned to walk again.

Among other noteworthy stories he covered was “Tornado Tuesday” a June 24, 2003, outbreak in South Dakota of more than 70 tornados, which at the time set the record for the most tornado touchdowns in a single state in a single day.

Rassman’s passion is on more emotional storytelling, he notes, and in September 2004 he left local news to start his own video production firm, where he continues to tell award-winning stories for a variety of clients, including schools, non-profits and corporations like Cargill, Andersen Windows and Medtronic.

One shown last Thursday, produced for Ridgeview Foundation, told the compelling story of the Ridgeview medical team’s efforts to save a mother’s life after she started to bleed profusely following the birth of the couple’s daughter.

David’s shift from TV news began a few years ago when Waconia Public Schools created a communications office. David said he jumped at the opportunity, noting the position allows him to stay close to home, serve the community and share his passion for storytelling with high school students.

Along with his director of communications responsibilities at ISD 110, David teaches Wildcat Media Productions at Waconia High School. To date, students have produced more than 100 videos for the district through the class. A couple were shown last Thursday, and many more are available on the school district website: isd110.org.

“Everybody has a story,” David said, and both video producers emphasized that video can be an effective medium for sharing that story.

Success in video, or any communications, is rooted in empathy, transparency and honesty, David explained. Also, knowing the audience, focusing the message, establishing the tone, and identifying how to reach them.