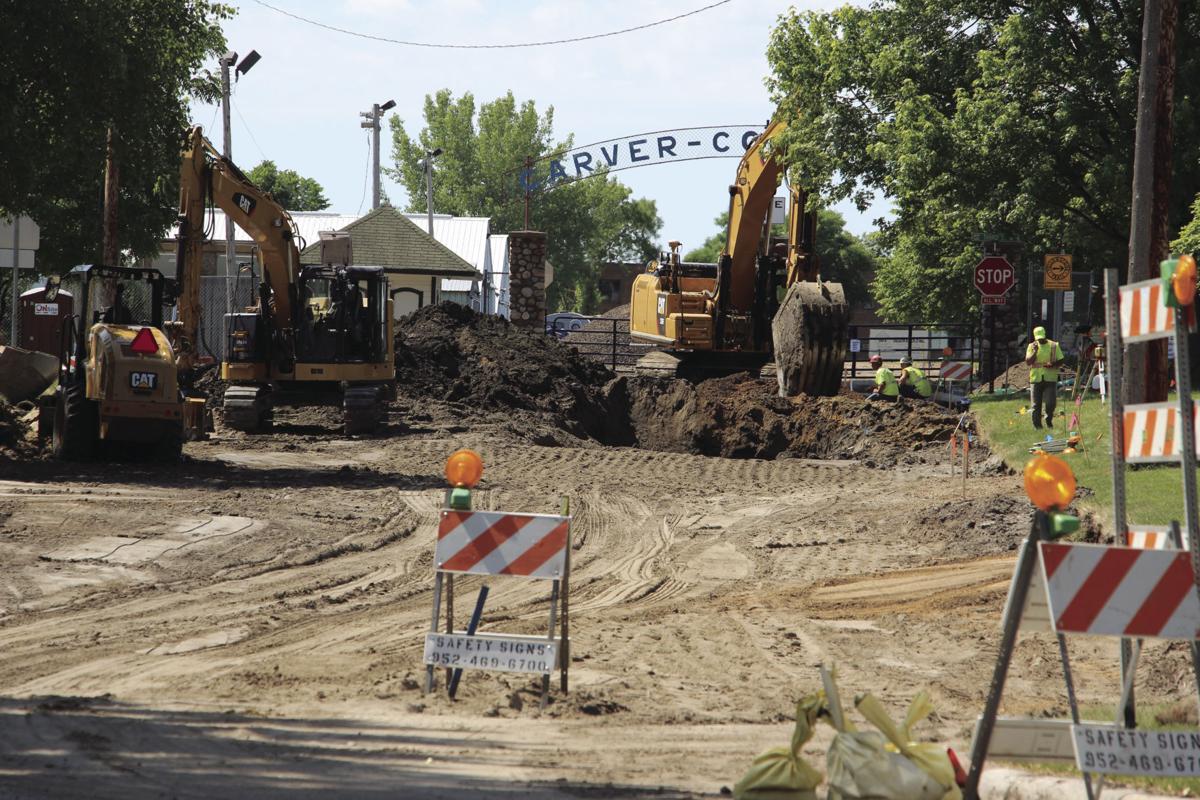 In Waconia, the intersection of Third Street, Burandt Boulevard and Walnut Street at the main gate of the fairgrounds is closed until further notice as downtown infrastructure work proceeds. 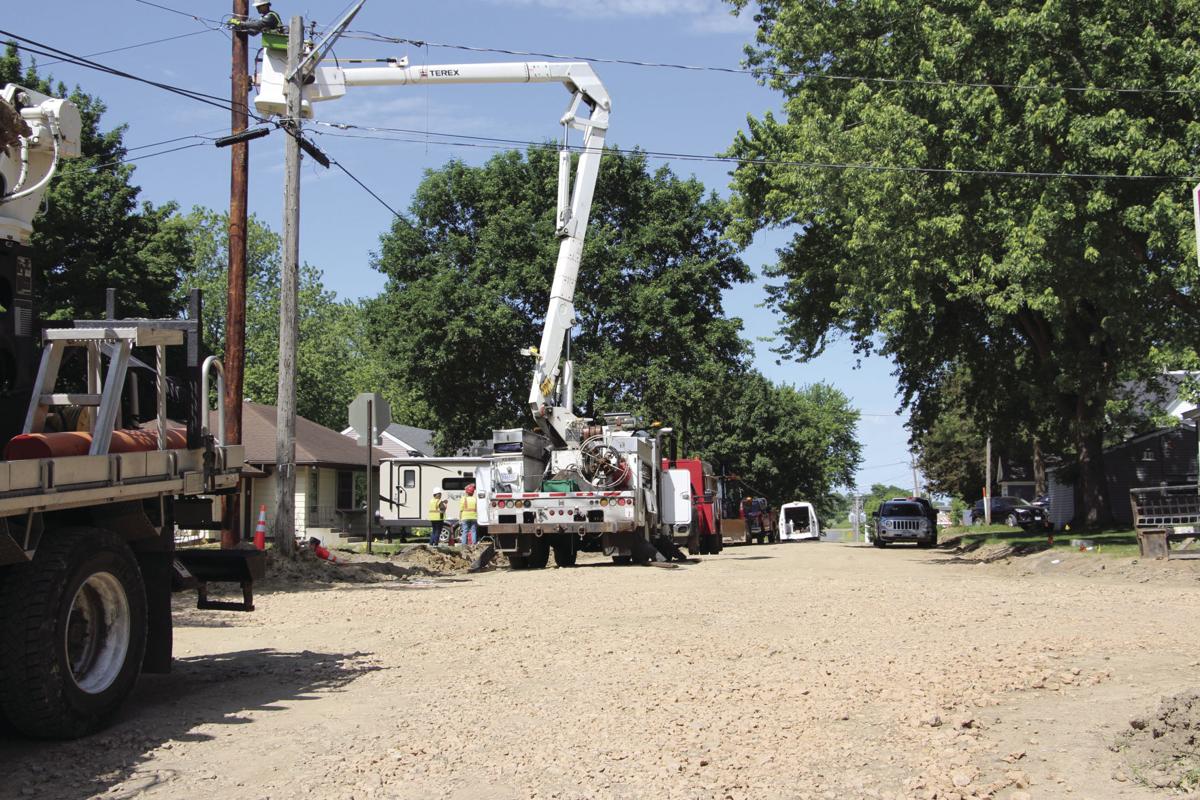 In Cologne, streets south of the railroad tracks torn up as a major infrastructure project begins. Utility work will continue through all phases of the project. (Al Lohman/The Patriot)

In Waconia, the intersection of Third Street, Burandt Boulevard and Walnut Street at the main gate of the fairgrounds is closed until further notice as downtown infrastructure work proceeds.

In Cologne, streets south of the railroad tracks torn up as a major infrastructure project begins. Utility work will continue through all phases of the project. (Al Lohman/The Patriot)

As summer approaches, major street and infrastructure projects are under way in both Waconia and Cologne. Here’s an overview from each community. Both cities are using letters and flyers to update affected residents about impeding work, and weekly project updates are available on each city’s website: www.waconia.org and www.colognem.com.

Infrastructure work in Waconia in 2020 involves street, sidewalk and trail reconstruction, and sanitary sewer and watermain replacement generally on the west end of the downtown along portions of Main, Walnut, Cherry and Third streets. Also, a package of miscellaneous work in other parts of the community.

Utility installation has begun, according to project managers. Utility work will generally be completed from north to south on Walnut Street and then east to west on Third Street. There are no utility mains located on Cherry Street.

Some properties will require a water shut-off before the watermain installation work can begin.

Other work to be completed this construction season involves replacement of watermain along Waconia Parkway North from Sugarbush Park to Scott Lane; mill and overlay of Oak Avenue from Highway 5 to Waconia Parkway South; trail reconstruction along both sides of Oak Avenue to the north of Highway 5 and along the north side of Community Drive to the east of Wildcat Way; paving on 94th Street near the high school; and drainage improvements in Sugarbush Park and near Somerwood Drive.

Work began last month on what is the largest project in Cologne’s history – a nearly $6 million package of downtown street and utility improvements that involves replacing much of the aging infrastructure in downtown Cologne to provide better roads, a more reliable, closed-loop water system, and additional stormwater conveyance and treatment.

The work is being done in two stages: Stage one, generally south of the railroad tracks from Louis Street and stage two to the north.

Phase one initial work involves construction on the new sanitary sewer and watermain and will continue for several weeks. The work is creating large trenches in the streets and requires temporary water hookups for area residents.

The work also requires utility relocations and improvements from CenterPoint Energy and Xcel Energy throughout all phases of the project.

Driveway access will be maintained to the extent possible, according to project managers.

The city has authorized the sale of about $5.25 million in bonds to help fund the project. A favorable bond sale at around 1.7 percent is expected to reduce the payback time and cost for funding, according to city leaders. Design costs were paid for out of city reserves.