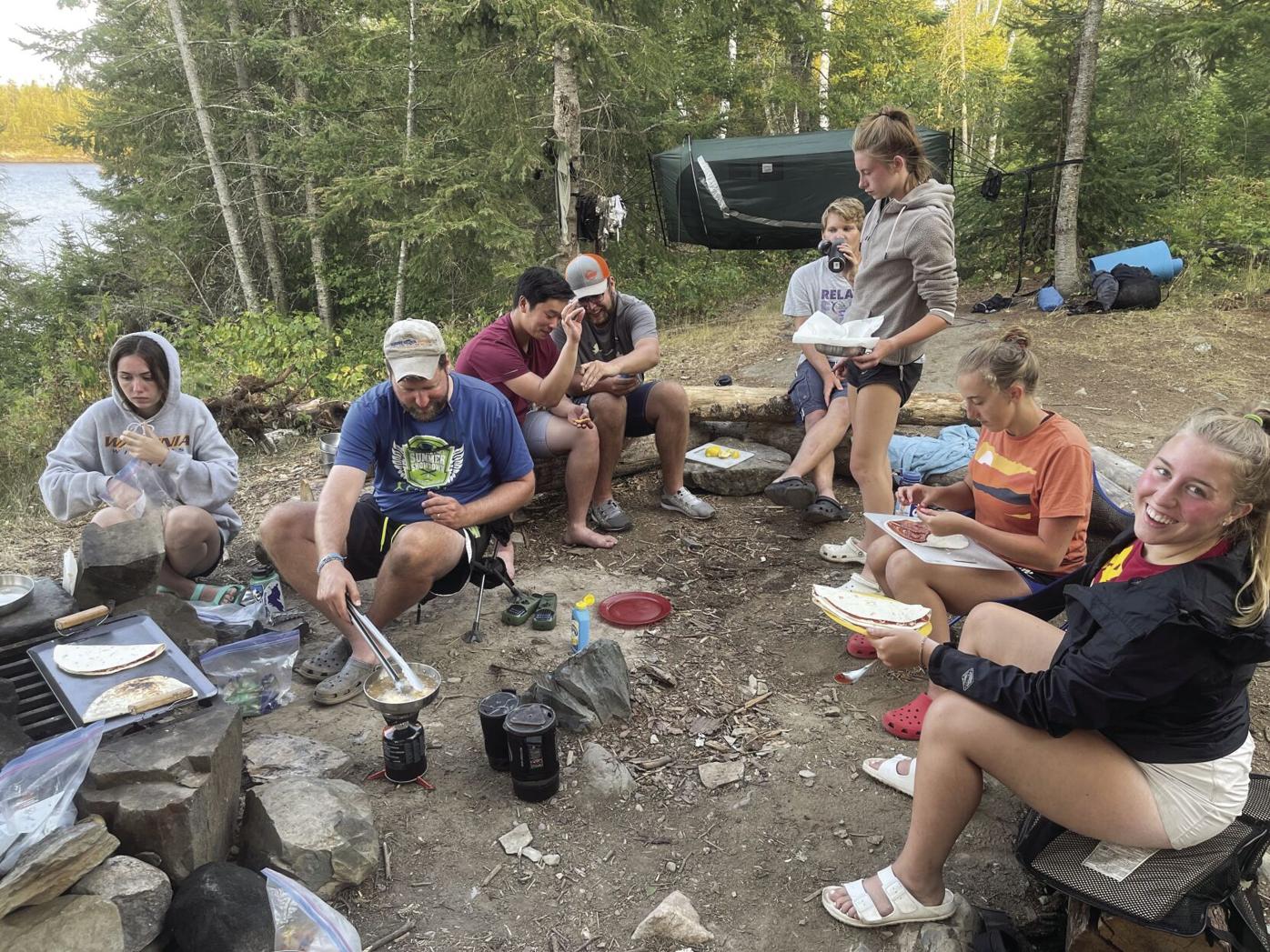 Hanging out around a different kind of campfire – butane stoves due to a campfire ban in the BWCA because of dry conditions. 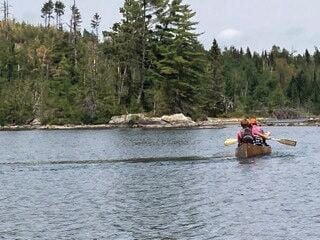 Hanging out around a different kind of campfire – butane stoves due to a campfire ban in the BWCA because of dry conditions.

A typical back to school assignment is to write an essay on “how I spent my summer vacation.”

If they get that assignment when school resumes this fall, 20 Waconia High School Conservation Club students will have lots to write about.

Those students recently returned from a trip to the Boundary Waters Canoe Area Wilderness in far northern Minnesota.

The WHS Conservation Club was founded in the 2006-2007 school year, and every summer students take a high adventure trip, according to club advisors Wayne Trapp and Mike Jensen. That sometimes is hiking along the North Shore or in Glacier National Park, other times canoeing in the Boundary Waters as was the case this year.

Trapp calls the Boundary Waters (BWCA) the “crown jewel of Minnesota’s rich natural wonders,” and trip participants had a rewarding and challenging four days and three nights in the wilderness area exploring, fishing, swimming, and taking in nature’s peace and beauty.

“Anyone who gets a chance should definitely go enjoy this unique place,” Trapp said.

For graduating senior Griffin Bush, the trip was “a last hurrah and a little sendoff” before he starts college at the University of North Dakota this fall. A chance to be with friends and a couple of his favorite teachers, and enjoy some unscheduled time in the great outdoors.

Club members on the trip ranged from outgoing 9th graders to 2021 graduates – 20 students and six chaperones entering the Boundary Waters in three groups. For about half of students it was their very first time in the BWCA, others had been there as many as four times before, according to Trapp.

The original plan was to do around 3-4 miles of paddling, portage once or twice into Disappointment Lake, then on to base camp. But wildfires that have been prevalent during this dry summer had that route closed.

So instead, the group paddled through Boot Lake up to Ima Lake which covered around five miles and nine portages the first day. One portage was steep and a quarter-mile long, according to Bush.

“Normally groups like to get to their campsite between noon and two, but because of the strenuous route and having to stagger the starts of our three different groups our last group didn’t get to their campsite until 8 p.m.,” Trapp said. “It was a long and challenging day, and a far more difficult trip than we had originally planned, but every kid rose to the challenge and grew stronger mentally and physically.”

Ironically, the hot weather and smoke from the northern fires that was felt here were not prevalent where the group camped.

The Boundary Waters wilderness encompasses 1 million acres, more than 1,500 square miles, and Bush points out that travel restrictions stretched out 15-20 miles beyond the fires.

“The air was surprisingly clear,” he said. There was no smoke and no glow of fire in the distance.

However, Trapp has made well over 30 trips to the BWCA, and noted these were the driest conditions he has ever seen. That meant the group was under a campfire ban for the entire trip.

“It was odd not to have a campfire to hang out around or roast marshmallows over, but the kids still managed to burn some s’mores and cook over our butane stoves,” he said.

And daytime temperatures were wonderful enabling kids to hang out in the water swimming and canoeing in the warmest parts of the day.

“People from all over the country and world come to enjoy this unique place,” Trapp said. “In the short four days we were there we met people from Wisconsin, Michigan, Arkansas, and Alabama. The beautiful scenery, spectacular fishing, quietness, star gazing, clean air(normally), clean water, and lack of cell phone signal make it one of the most peaceful places in the world. It truly is our Yellowstone, Grand Canyon, or Yosemite.”