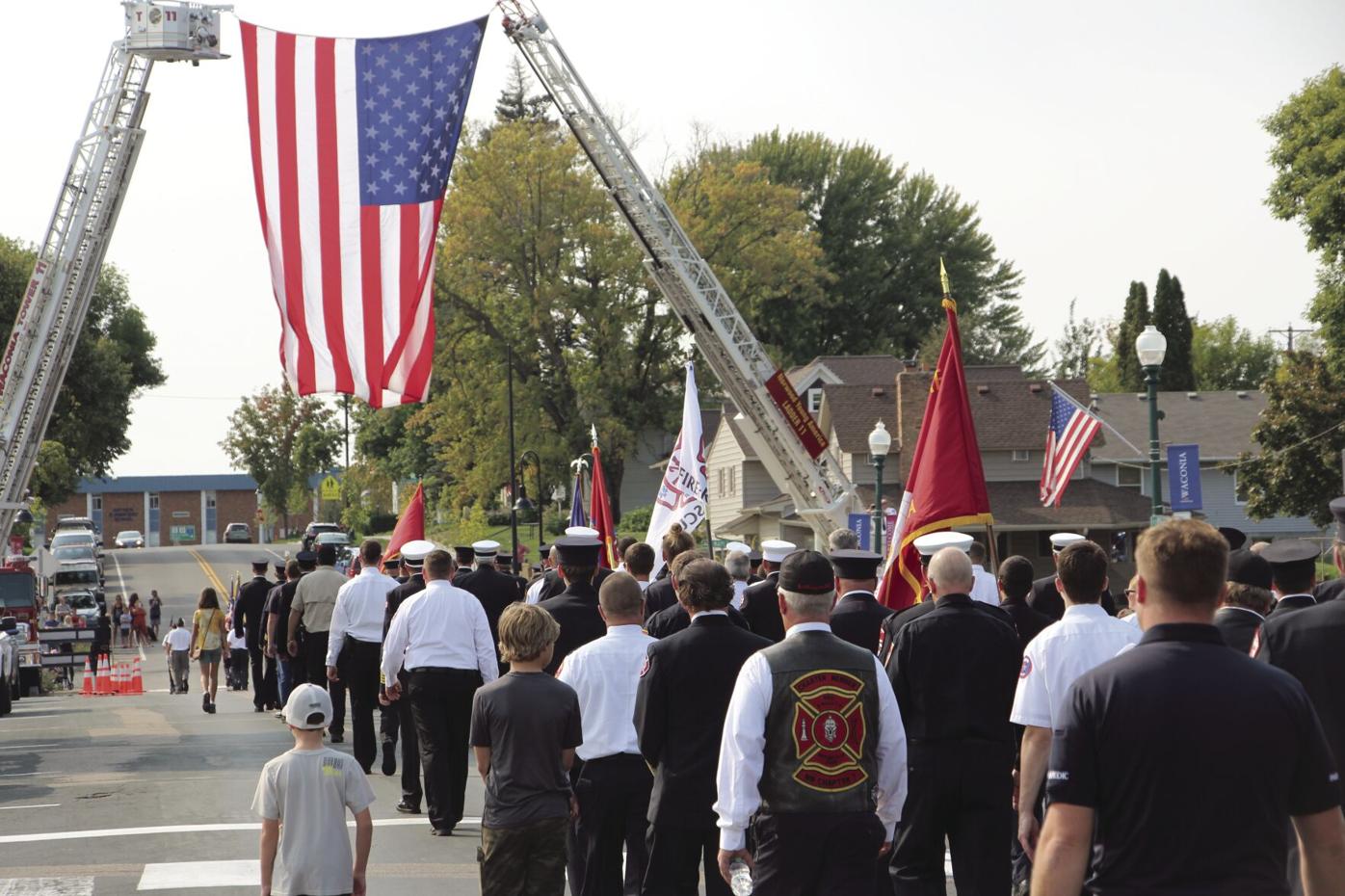 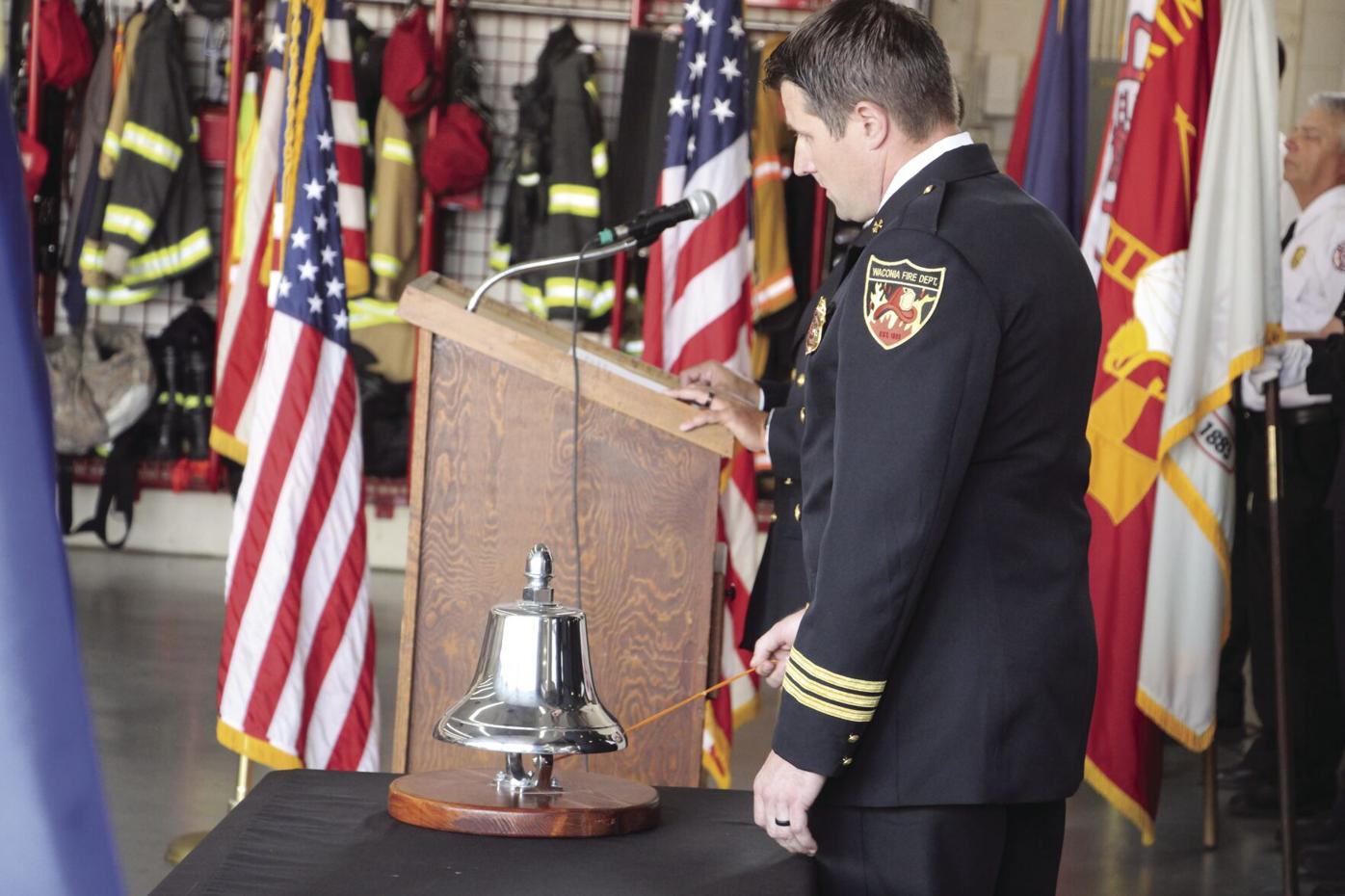 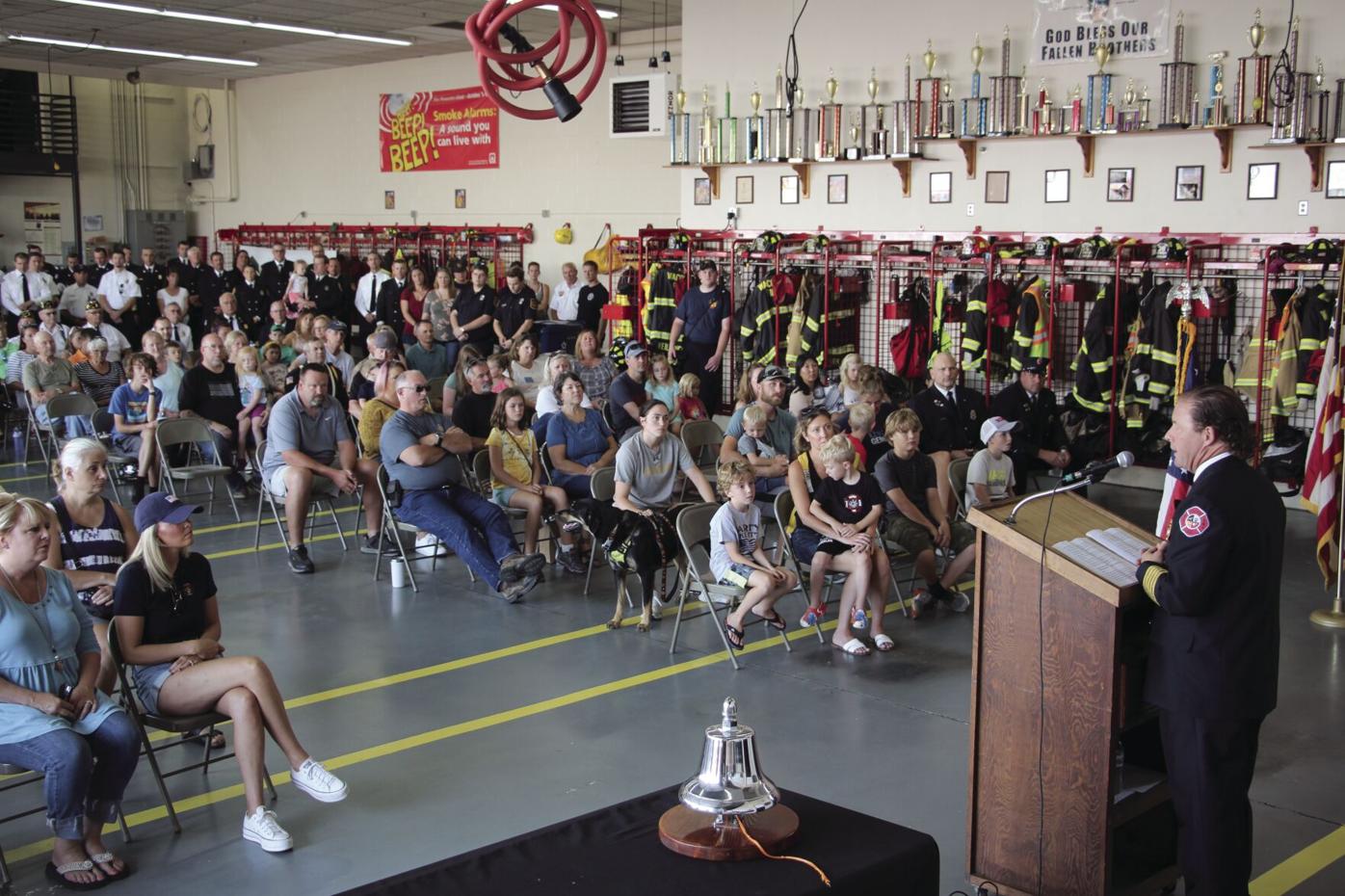 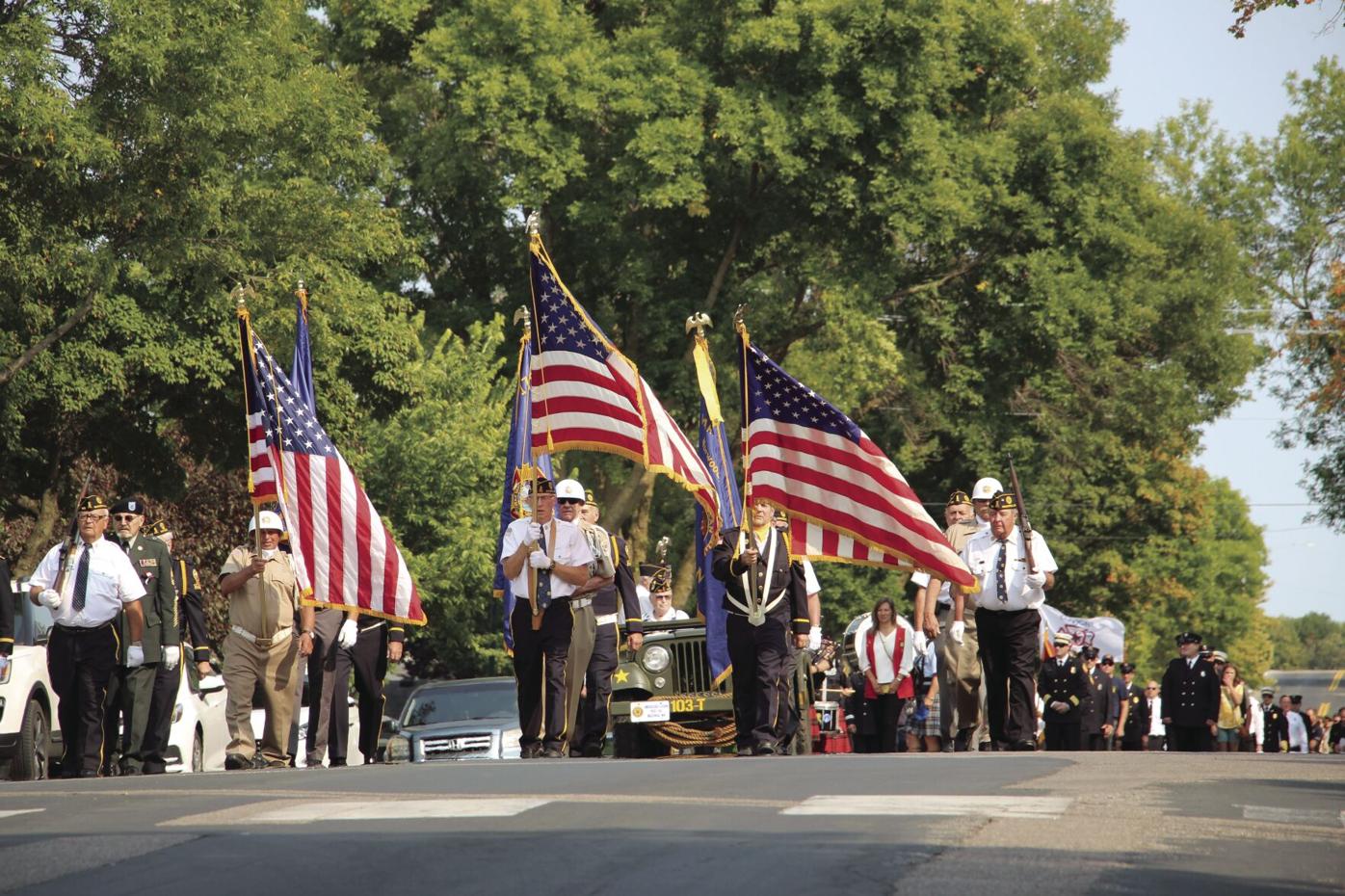 “Never forget” and “stand tall for those who fall.”

Those were key themes of the 9/11 observance held Saturday in Waconia.

More than 300 observers filled the local fire station and spilled into the parking lot for a public ceremony marking the 20th anniversary of the tragic events of Sept. 11, 2001, when a coordinated series of terrorist flight attacks struck the World Trade Center towers in New York, the Pentagon in Washington, D.C., while a fourth flight believed to be targeted at the White House crashed in a Pennsylvania farm field after passengers fought back against hijackers. The Waconia Fire Department has marked 9/11 every year since then. This year four area fire departments – Waconia, Mayer, Norwood Young America and Cologne – collaborated on a special commemoration for the 20th anniversary. Representatives from several other area fire departments also were in attendance.

Preceding the public ceremony, firefighters and first-responders gathered in City Square Park for their own observance before walking to the fire station to the sounds of the Minnesota Firefighters Pipes and Drums corps.

“Rescue workers rush in when everyone else is running away,” said Rev. Josh Bernau, pastor of St. John’s Lutheran of Norwood Young America and chaplain for the NYA Fire Department, acknowledging the 343 firefighters who lost their lives responding to the 9/11 attacks.

Rev. Bernau and a second program speaker Greg Hayes, Waconia resident and director of Mdewakanton Public Safety in Shakopee, also spoke of how the nation changed and the country unified after 9/11.

“If there was anything good that came out of the tragedy it was the country all came together at least for a time,” Hayes said.

“We remember a nation that stood tall after 9/11,” added Bernau.

Both men spoke of the sense of duty, pride and honor that emerged from the events of 9/11, and Rev. Bernau noted how church pews were filled as individuals “sought shelter under steeples, in church sanctuaries and turned to a higher power.”

Flags were displayed proudly, there was renewed pride in the military, and people rushed to join service and public safety organizations, they reminded.

“We became more of a United States of America,” Hayes said.

How do we respond today?

“Duty, honor and pride. Take those,” Hayes said, “and make them something personal.”