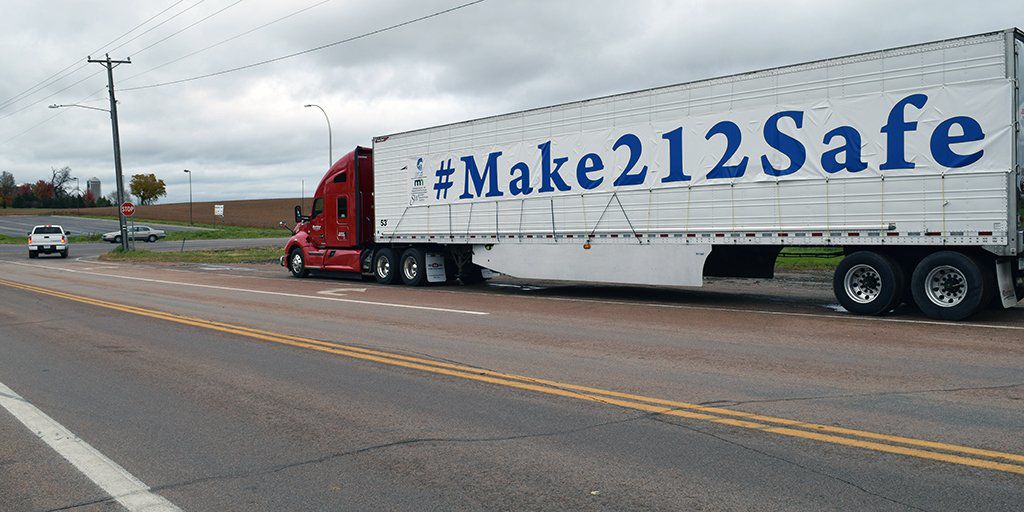 Banner on Highway 212 near Bongards. 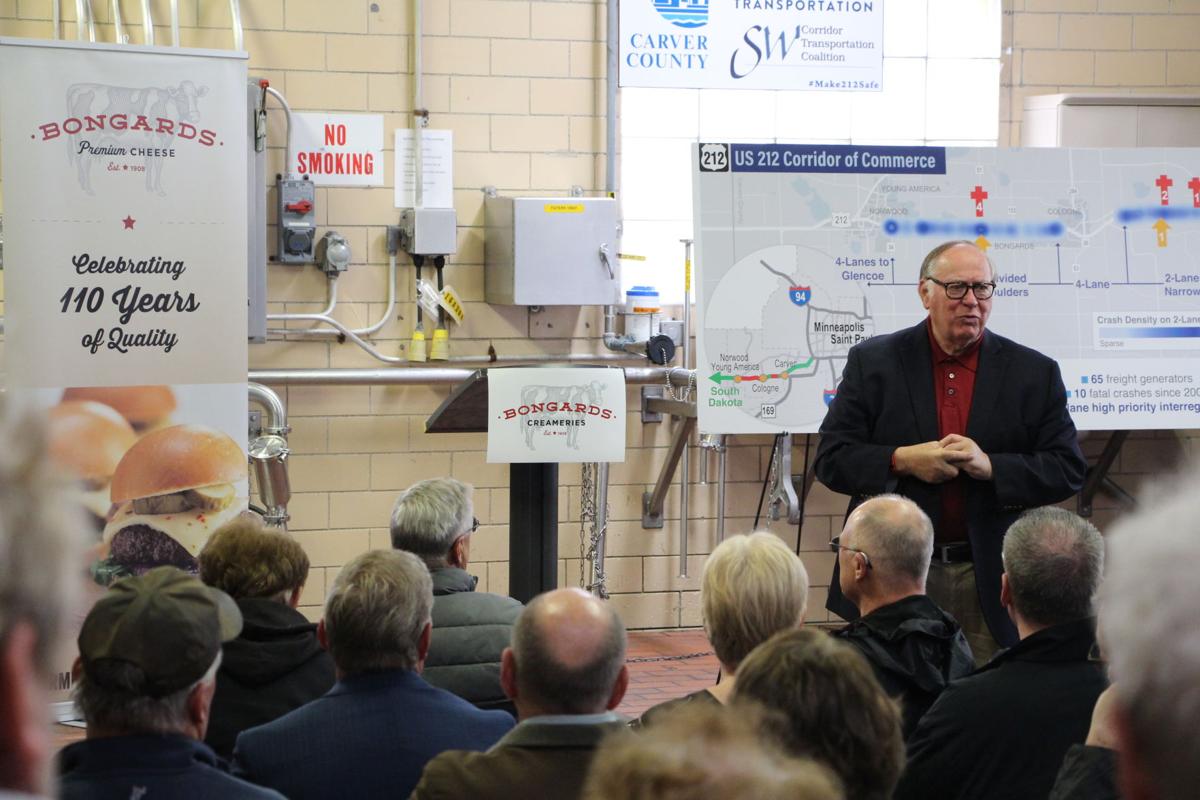 Banner on Highway 212 near Bongards.

The committee was on a statewide tour learning about potential bonding projects that could come forward in the 2020 legislative session.

Bongards Creamery hosted the Highway 212 stop on the tour, and its CEO Daryl Larson highlighted the need for a highway expansion and improvements at the County Road 51 intersection leading to the cheese production facility and dairy store.

Larson noted that its 225 employees make more than 50,000 trips annually to and from the plant. Bongards also receives another 20,000 semi-trucks annually carrying commodities and welcomes 60,000 guests a year to its store.

Highway 212 west of Chaska carries more trucks daily (1,900) than the total traffic volume (both cars and trucks) on 40 percent of Minnesota highways, spokespersons highlighted, and total 212 traffic volumes have grown to 12,500 vehicles a day with volumes projected to exceed 17,000 vehicles a day by 2040. Meanwhile, there have been 10 reported traffic fatalities and three severe crashes involving life-threatening injuries on the stretch of highway in Carver County from 2009-2019.

“I was born and raised just a few miles from here and I have watched traffic grow and grow and grow,” said Commissioner Jim Ische. “We need to make this roadway safe to travel.”

County Board Chair Randy Maluchnik highlighted the need to move to a four-lane highway with safe intersections. He called it “an investment in not only the local economy but the state economy as well,” pointing out that Highway 212 serves a 22,000 square mile area through Minnesota and into South Dakota.

McLeod County representatives echoed the broad economic and freight impacts, noting that almost 20 percent of freight trips on Highway 212 originate in that county, including product deliveries from 3M in Hutchinson.

“Everything from canned corn to Scotch tape goes down 212,” said Jim Fahey, a Hutchinson businessman.

Highway 212 was originally constructed in 1930. The plan calls for calls for 10 miles of four-lane expansion between Chaska and Norwood Young America. A segment through Cologne was previously reconstructed as a four-lane highway.

Carver County has been gradually piecing together funding to complete project, projected to cost $115 million. The county expects to contribute $20 million through its local option sales tax. It has secured $22 million in federal funding and has requested another $25 million through a U.S. Department of Transportation BUILD grant that supports freight projects. Meanwhile, the state of Minnesota has committed $10 million in funding, which leaves $38 million that Highway 212 advocates are seeking through an additional state funding request.

More than 70 supporters were on hand last Tuesday at the Bongards event.

Senate Committee Chair David Senjem (R-Rochester) remarked on the turnout and said, “While we don’t have a funding bill ready to go yet, this project is likely to get high priority during the next session.”

Meanwhile, given the latest potential funding developments for a new four-lane highway, the Minnesota Department of Transportation announced last week that it has modified its 2020 Highway 212 mill and overlay project outside of Norwood Young America to avoid a full road closure next year.