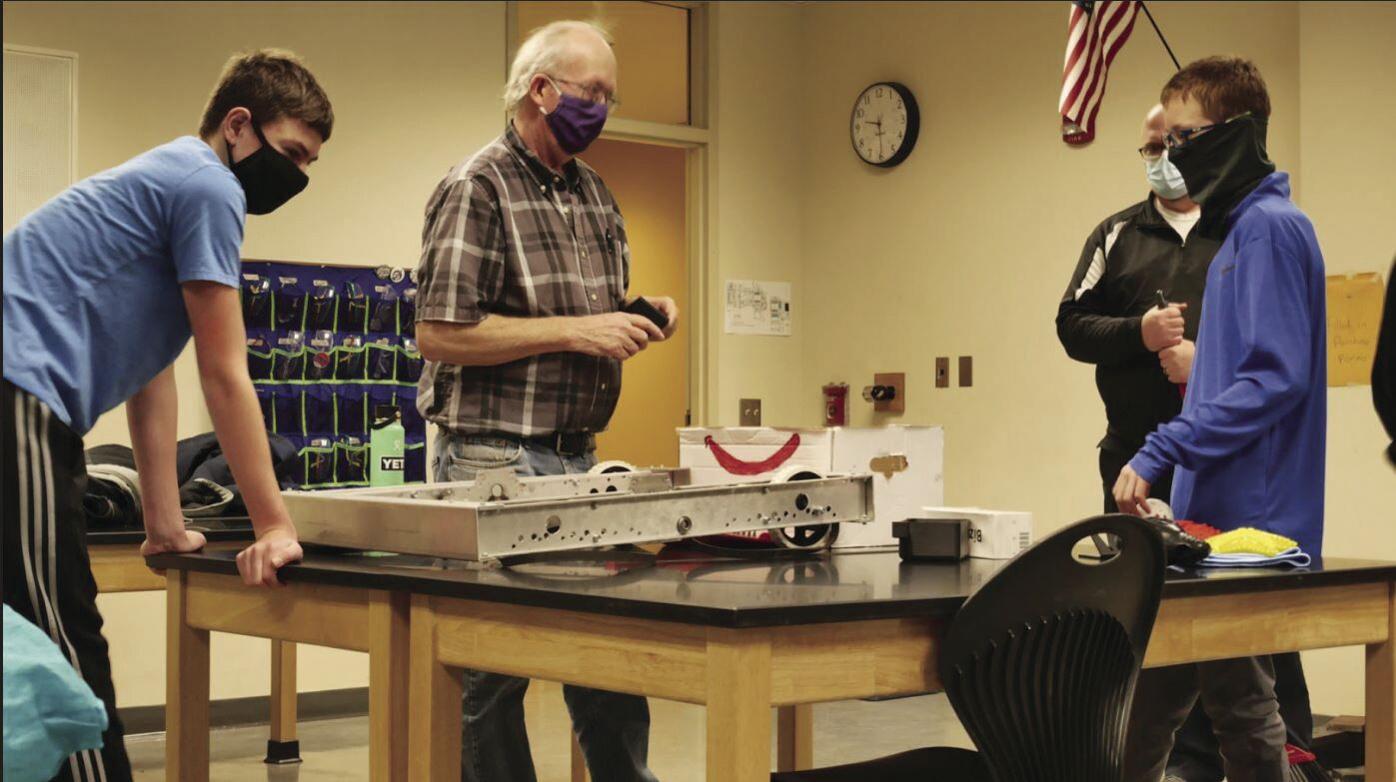 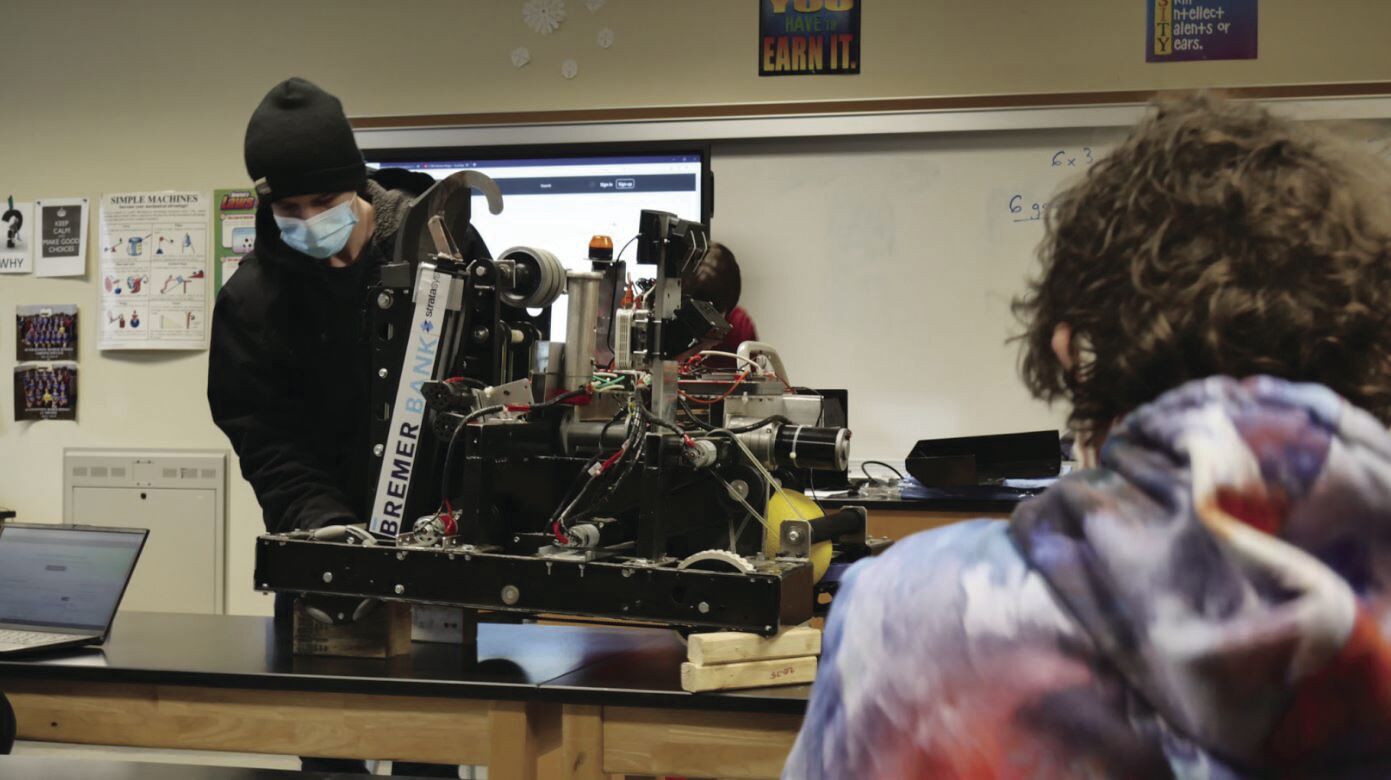 School is back in session, and with it are sports and activities. Of course nothing is the exact same, but nearly all activities are ready for being digital or distanced for the rest of the 2020-2021 school year. One of those is the annual robotics competitions, which due to being remote this year have had to get really creative with the game plan.

“There are three different challenges for students to participate in, but there are no in-person competitions as of now,” said Jeremy Bosquez, mentor of Watertown-Mayer’s Brotherhood of Steel.

Teams don’t need to participate in all three challenges. Instead, each is their own mini-competition, and teams can choose how many they want to do. The first is to create their own game, similar to the big games at the full meets. Games in this challenge may even have their game chosen for future competitions once in person is allowed again.

The second is testing what the students can do from home, which is very fitting considering the year they’ve been having. Essentially, these are “skill challenges” according to Bosquez, totaling five different ones. Two are autonomous challenges, which is giving the robot a set of commands to execute on its own. The other three are human-operated challenges.

The final challenge this year is the most unique of them. The robots are not really involved with this one. Instead, the team has to come up with a solution to a community or real world problem. Business, marketing, and research are tested more with this challenge, which is something some of the team does as part of finding sponsorships or creating merchandise.

Of the three, the Brotherhood decided to only do the first two.

“A lot of the team is new to robotics this year,” said Bosquez. “With a lot of them learning how to program the robot and put together a game on top of a big project, it would have been too much work to do.”

The good news is the team is allowed to use the same robot as last year, as many didn’t get the chance to compete. As such, the veterans are already familiar with it, helping the new members adjust a bit faster.

The big challenge is COVID protocols, since students have to be spaced out through a lot of work. The way it’s working for the Brotherhood is pretty simple. Tuesdays and Thursdays are virtual team meetings, discussing what can be done from home and what can’t be. On Saturdays, the students come to the school and are separated based on what they are doing, i.e, the mechanics are with the bot while programmers and strategists are elsewhere.

To help the team feel more like one, Bosquez came up with a unique idea.

“After the meetings, we play games like Among Us so that there’s something a bit more fun,” said Bosquez. “So far, everyone sticks around to play.”

As for the game the team created, it really was a group effort. The team divided into groups and brainstormed ideas for the general premise. Once that was chosen, other aspects and challenges were brainstormed again, making the game a group effort with pieces of everyone’s ideas making it in.

The game is pirate themed. A ship would take center stage, with the bots firing “cannon balls” (tennis balls) through hoops to receive points. That’s not the only way to get points, either. Part of the stage will be an island, with star-shaped treasures to pick up and put in a treasure chest. The island will also be elevated, with a tunnel underneath for the bots to collect gold coins (hockey pucks) to put in the chest. At the end, the bots will have to grab on a chain and pull themselves up, releasing the anchor and getting away with their booty.

Of course, the concept has to be proven. As such, the team is putting together designs that could work for all aspects of the game.

“The mechanical team’s primary job this year is to create portions of a robot that is able to pick up the game pieces and do what it needs to do to play the game,” said Bosquez.

And teams have time to put everything together. Submissions for each challenge are due in the first week of March, roughly seven weeks. Until then, the Brotherhood will be refining and tweaking their challenges. If anyone wants to support or sponsor the team this year, email Jeremy Bosquez at Jeremy.bosquez@wm.k12.mn.us. To follow what the team is up to, their Twitter is @RoboticsWM.