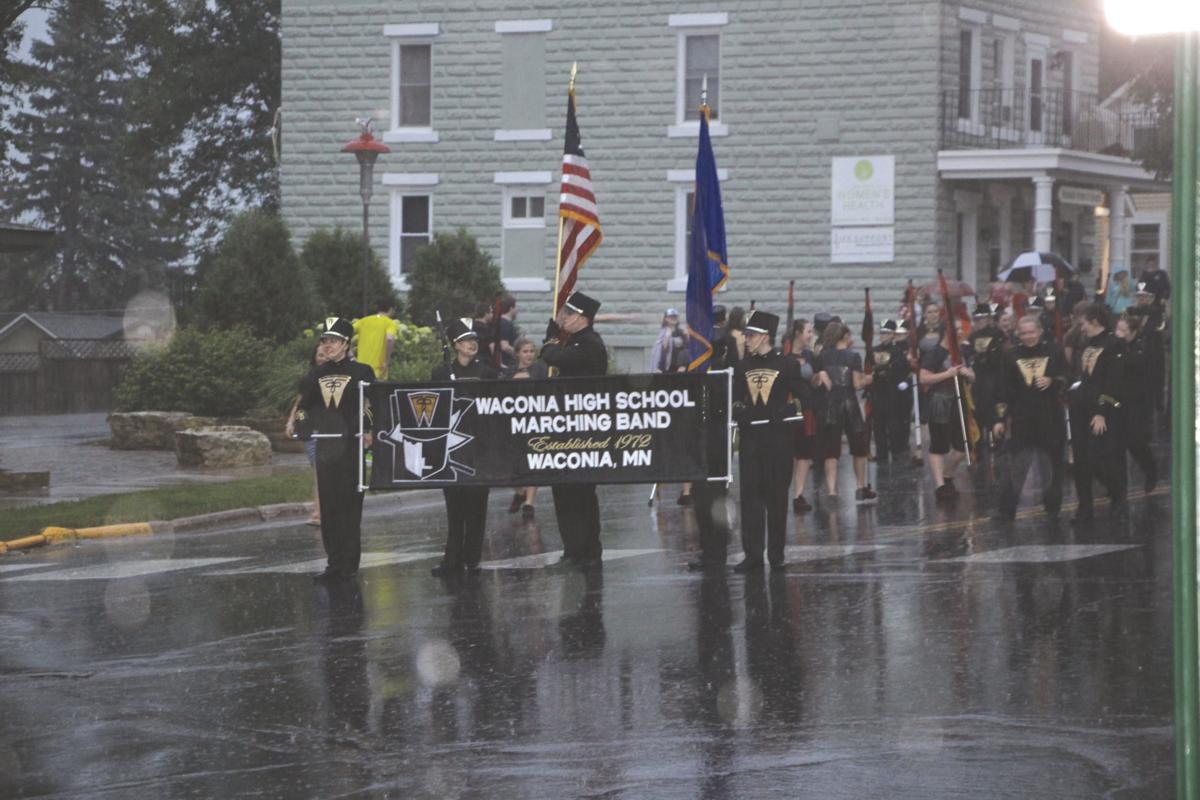 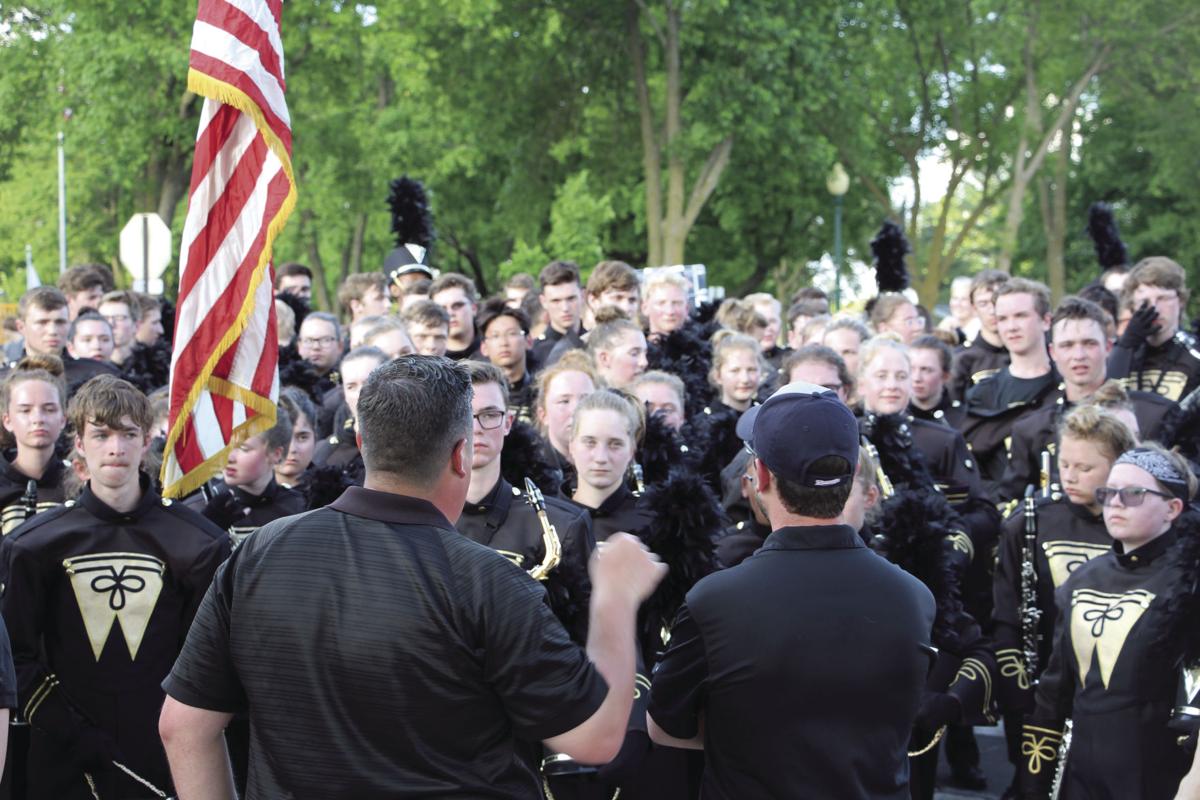 A pep talk is delivered before the 2019 park performance. (Patriot file)

A pep talk is delivered before the 2019 park performance. (Patriot file)

On a Saturday in late June, Waconia’s downtown streets normally would be filled with visitors, and more than a dozen marching bands would be marching shoulder to shoulder at the Lake Waconia Band Festival.

But like other parades and festivals, that’s not happening this year amid the coronavirus pandemic. Marching bands and parades go arm and arm – you can’t really have one without the other – and when marching band seasons started to go by the wayside with school closings, along with limits to large gatherings, community festivals and parades quickly fell off the calendar too.

To say the decision not to have a marching band season was devastating might be overstated during these difficult times, says Waconia Marching Band director John Pohland.

Marching band is the culmination of school year for nearly 200 students, and the decision not to have a 2020 season was devastating for the seniors who were closing out their high school careers, all the way down to the eighth-graders who were participating for the first time.

Marching band also has a cult following of parents and marching band fans for at least half the summer, including some 3,000-4,000 people who annually attend the local festival and another 200 volunteers who support it.

“Summer seems empty without it,” said long-time marching band performer Jake Colson, who would have been a senior commander this season.

“Every year we look forward to six more weeks with friends, parades and a summer trip,” adds fellow commander and woodwind player Morgan Fisk. “Now I’m asking myself what am I going to do this summer.”

And while brass section leader Brady Compaan could accept not going to school the last two months of his senior year and not having an in-person graduation, having no marching season was hard to swallow. There was never really any full closure to his school career, he said.

So, on a recent Wednesday at City Square Park, ironically on what normally would have been the park performance kickoff to the marching band season, a few senior band members and their director shared some memories from previous marching band festivals and seasons.

Collectively they say the 2017 festival was a highlight.

Marching as the closing act to end the evening, Big Black started in a rain shower and finished marching in a downpour.

“Normally we would never march under conditions like that,” Pohland said. “But performing in our hometown, coming over a rise on Main Street and seeing all the people on either side, we had to go for it.”

After they finished performing, band members raced back to the high school to dry out instruments and wet, sweaty uniforms.

“The smell was awful,” Fisk said.

Other memories include seeing marching band alums, who typically come back for the event, run alongside them saying or doing goofy things to try to get band members to crack a smile.

While some marching band show themes stand out in their minds, band members can’t pick a favorite.

Chords or moments from each past show run together in their minds, Compaan said, making for a collective marching band memory.

This year’s show was shaping up as a memorable one too, Pohland said.

He won’t reveal the theme and you might not see it next year out of respect to this year’s seniors, or maybe even in the next few years. The fact is, Pohland notes, each year’s show is generally “built for the band.”

A show might start around a song, a theme, or maybe a color guard visual, but the most important element is the makeup of the current year’s band, he said.

For Lake Waconia Band Festival coordinator Mitch Fisk, the thing he misses the most about the absence of a festival this year is not seeing all the volunteers come together. Each year, volunteers donate hundreds of hours to stage the event.

“It’s always great to see the community come out to support the festival and the many alumni who return every year,” Fisk said. “Also, the level of excitement of Waconia Marching Band members have for this performance. They seem more excited for this than any other parade.”

What Pohland misses the most about no marching band season is not just the send-off for seniors, but also the connection he relies on them to make with eighth-grade newcomers entering the program. Marching band leaders also are instrumental to a junior marching band camp typically held during the summer.

With state stay-at-home limits easing over the coronavirus pandemic, Pohland is still hopeful that there could be some kind of marching band camp this year. And while it’s too early to say, maybe, just maybe, that could mean some kind of ceremonial last march to mark the lost season.