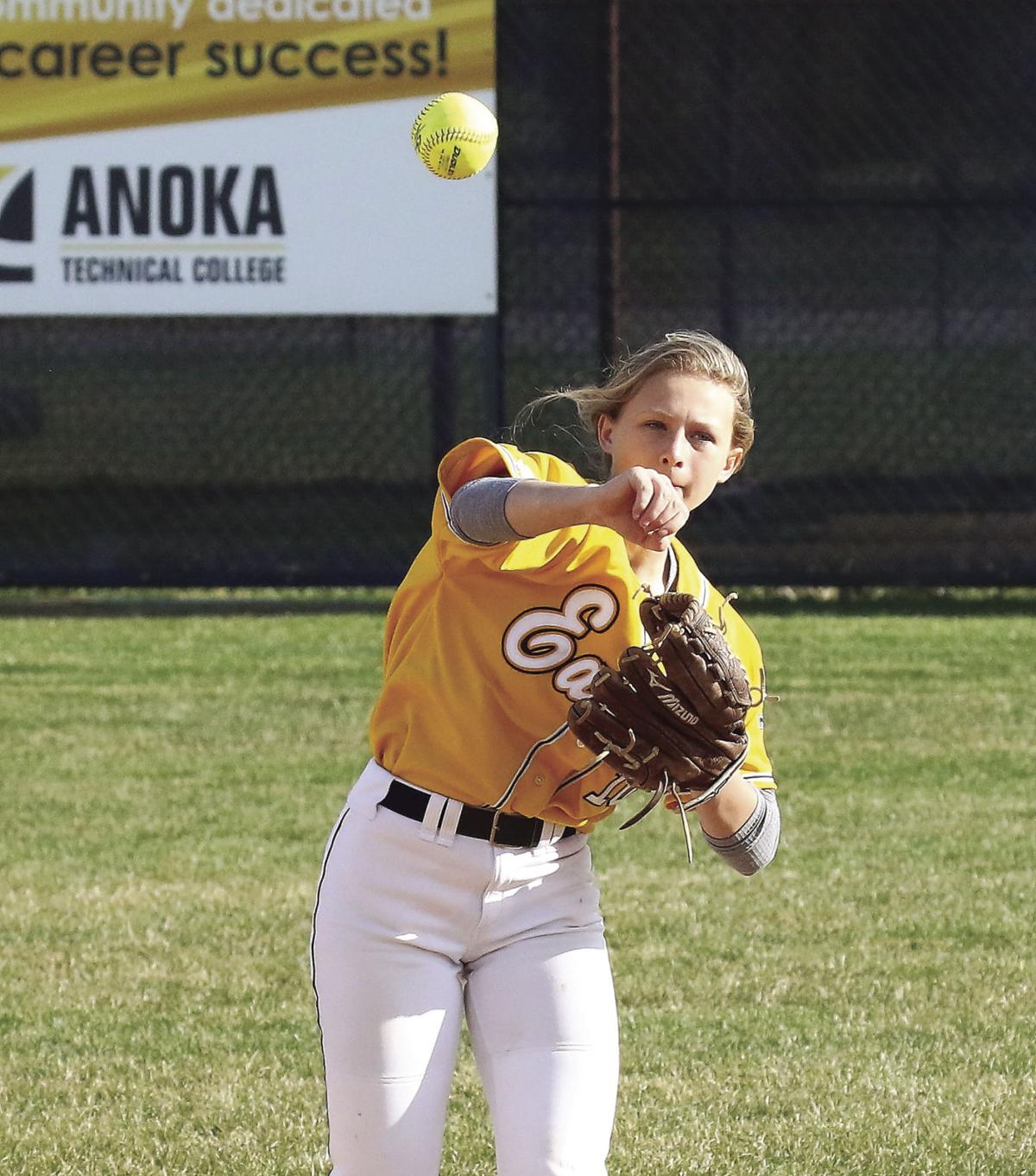 Hannah Gray helped Totino-Grace edge Anoka 11-8 Monday as the Eagles improved to 6-5 for the season. 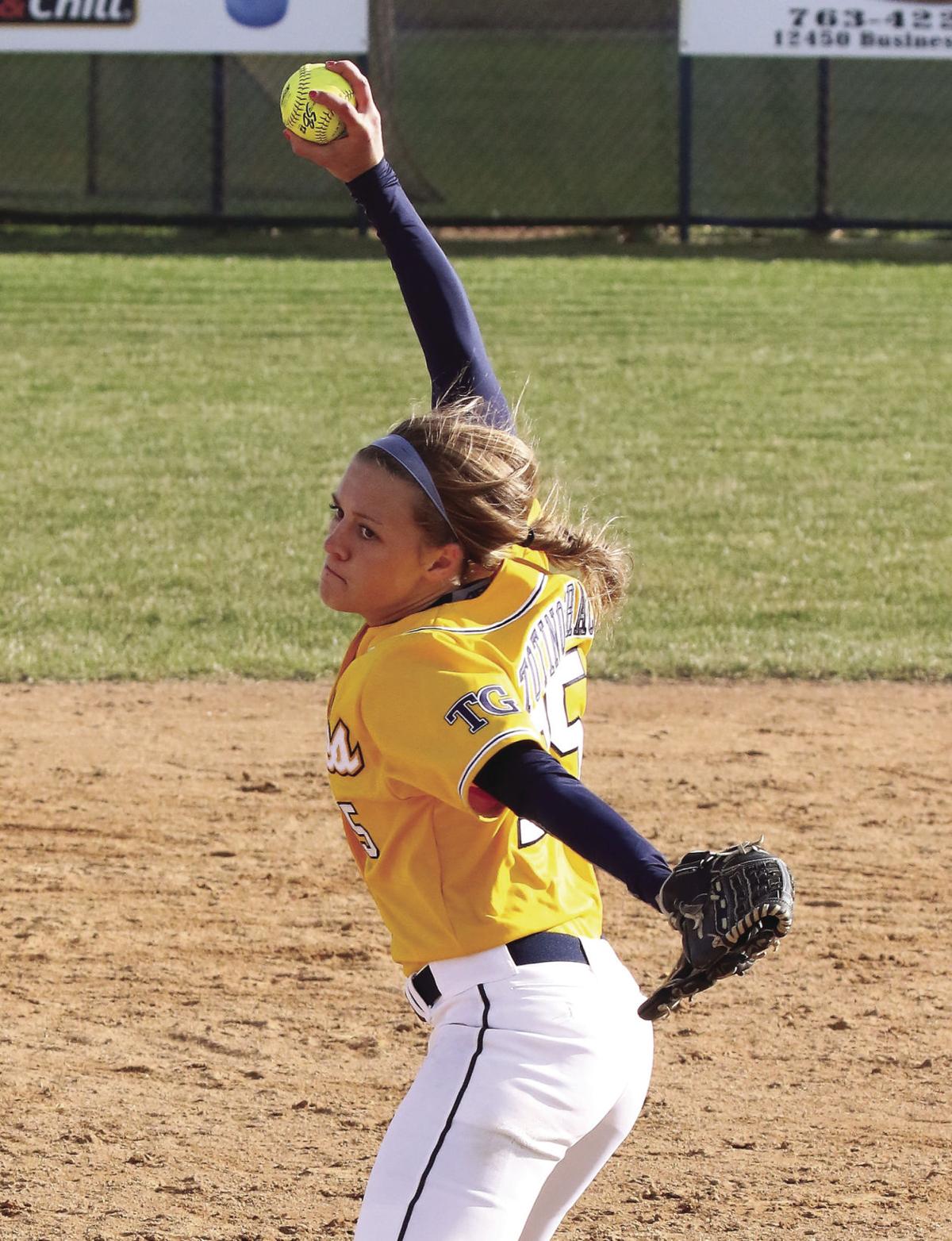 Bree Glynn scored the go-ahead run for Totino-Grace in its win over Anoka.

Brynn Smith drove in four runs as Totino-Grace edged Anoka Monday to bounce back from a two-game skid in the past week.

Smith, a sophomore outfielder, went 1-4 at the plate and scored a run in addition to notching four RBIs in an 11-8 win over Anoka. The Eagles (6-5) scored runs with eight different players in the victory.

Totino-Grace came into the game mustering eight runs in its last two games — losses to Champlin Park and Centennial. The Eagles lost to Centennial May 1 in an 8-2 defeat and then fell 16-6 against Champlin Park May 2.

“We were competitive, but both teams had one big inning,” Sullwood said.

Marie Schupanitz, a senior first baseman, got things going in the first inning for the Eagles against the Tornadoes with an RBI double to center field to score Hannah Meehan in the first inning. The Eagles went up 3-0 with another pair of runs from Schupanitz and sophomore Amaya Davis on a two-run double by Smith.

Anoka sophomore Madison Spah hit an RBI single into right field to make it 3-2. The Eagles turned a double play on the following at-bat, but the Tornadoes brought home the tying run in the process as senior outfielder Emma Bright scored from third base.

Smith put the Eagles back in front when she drove in a run for a 4-3 lead in the top of the sixth inning. Sophomore Hannah Gray scored the run while Smith reached base on an error.

Anoka went in front for the first time with three runs in the bottom of the sixth inning. Junior infielder Samantha Rustom had an RBI single and Bright posted a two-run single to put the Tornadoes in front 6-4.

The Eagles rallied in the top of the seventh by capitalizing on miscues by the Tornadoes in one at-bat. Schupanitz took a ball, which went past the catcher as Meehan scored a run from third base. Davis scored a run on an error, and Schupanitz then drove in Bree Glynn for the go-ahead run.

“They thought they had a chance going into the top of the seventh,” Sullwood said. “The goal was to tie it first then try to get a few extra runs.”

Eagles junior Callie Else later got to third base on a wild pitch, which set up her run when senior Sarah Wlazlo hit a sac fly to left field. Smith then drove in Gray for a 9-6 lead.

Senior Killeen Wareham made it 10-6 Eagles with an RBI single as Smith scored. Freshman Nicole Scott extended the lead to 11-6 when she scored on a wild pitch.

Anoka threatened to rally in the bottom of the seventh with RBI singles by Reyna Schlenker and Maddie Harris. The Eagles got out of the inning with a fly out to left field and a ground out to first base.

Totino-Grace had Elk River, Cretin-Derham Hall and Park Center on the schedule Tuesday-Wednesday, which took place after press deadlines.  The Eagles wrap up the regular season next week with Spring Lake Park at home May 13, Irondale at home May 14 and Maple Grove on the road May 16. Section tournament play begins May 20.

Sullwood said the NWSC should have his team prepared for the postseason where they play down a class from most of the conference teams.

“I hope for a deep run in the sections,” he said.