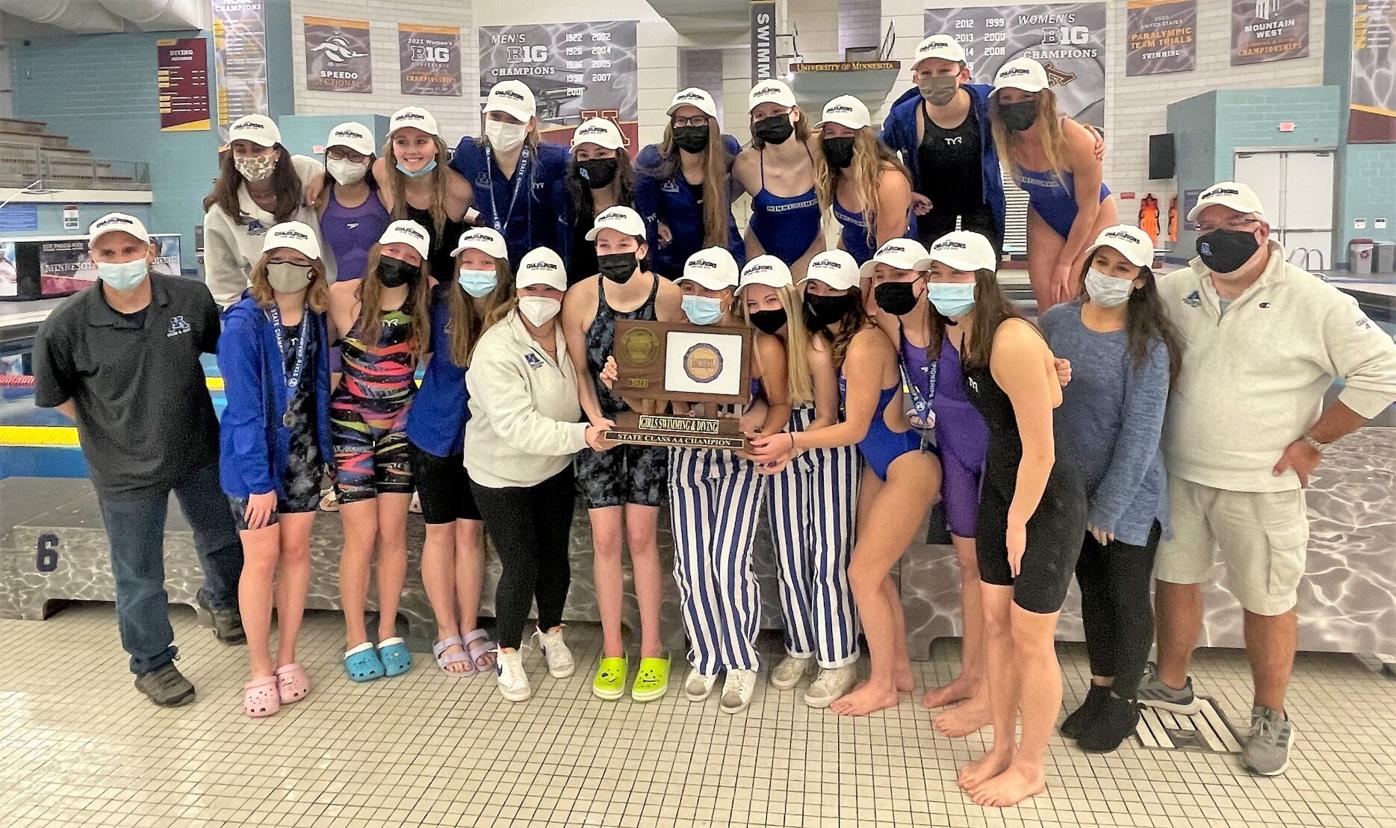 Behind the masks are the broad smiles of the state-champion Minnetonka High girls aquatics team. 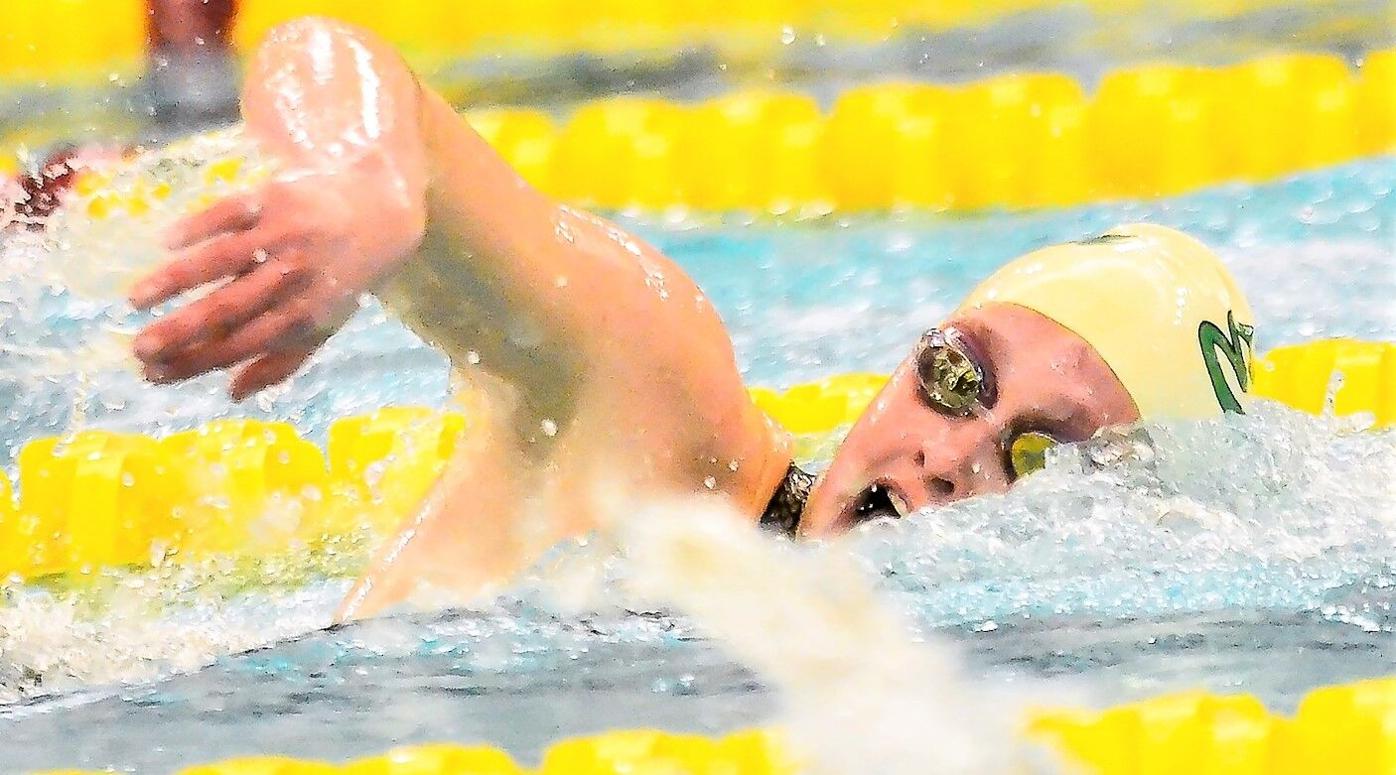 The State Class AA Girls Aquatics Meet Nov. 18-20 at the University of Minnesota looked a lot like the Lake Conference Invitational, with four Lake schools among the top six teams.

Minnetonka took the big prize with the state team title. Although Edina has a very competitive team, the Skippers scored 381 points to 223 for the second-place Hornets. Wayzata with 165 took fourth place and Eden Prairie with 122 placed sixth.

Edina junior Katie McCarthy had little time to rest after swimming the 200 medley relay. She jumped right back in the water and won the 200-yard freestyle in 1:49.18. Minnetonka’s Nadia Helm took second in 1:50.59. Minnetonka’s Addie Diaz and Maija Kangas finished sixth and eighth.

Eden Prairie sophomore Caroline Larsen was quick off the blocks and won the 50 freestyle with an automatic All-American time of 22.85. Minnetonka’s Regan Miller was second in 23.34. Libbi McCarthy of Edina placed fourth. Edina’s Hall took ninth.

Haley Zelen of Shakopee won the 100 freestyle in 50.53. Second place went to Minnetonka’s Regan Miller in 51.08. Nadia Helm in third, Edina’s Libbi McCarthy in sixth and Buffalo’s Kolby Schendel in eighth are the Lake’s other place winners.

Katie McCarthy of Edina won her second gold medal of the meet by taking the 500 freestyle in 4:52.33. Other Lake place winners are Minnetonka’s Diaz in third, Wayzata’s Erika Schraber in fifth and Minnetonka’s Kangas in seventh.

Andover’s Rabb became a double state champ with her victory in the 100 backstroke. Van Heel from St. Michael-Albertville won the bronze medal, while Dillon and Rhodes from Minnetonka were fifth and sixth and Wayzata’s Linnea Kallebo took eighth.

Lake teams had plenty left in the tank for the final event of the evening - the 400 free relay.

Minnetonka put an exclamation point on the state championship by winning in 3:27.88 with Helm, Kangas, Dillon and Audrey Soetanto. Wayzata was the other Lake team in the top 10 with the foursome of Fackler, Lan, Troyak and Reinke placing seventh.