Billi (Awkwafina) and Nai Nai (Zhao Shuzhen) in “The Farewell.” (Photo by Casi Moss. Courtesy of A24) 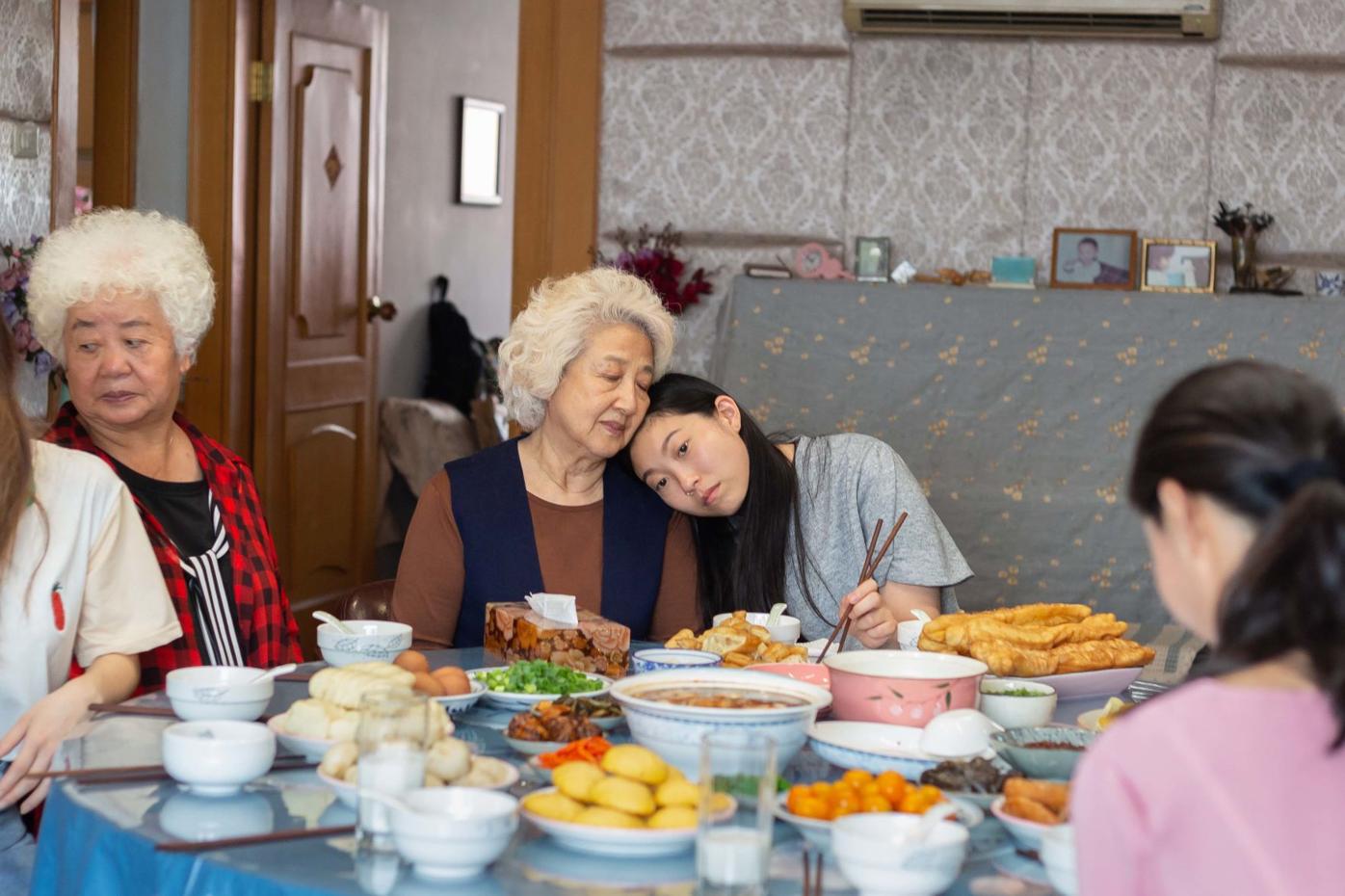 Awkwafina and Zhao Shuzhen in “The Farewell.” (Courtesy of A24)

We live in a time where on-screen representation is quite possibly more important to studios and audiences than what is actually being shown on screen.

Unfortunately, that has led to perception for some that films with diverse casts and crews are really only meant to appeal to an equally diverse audience.

With its Chinese-American director, all Asian cast, predominantly Chinese dialogue and locales, “The Farewell” could very easily fall victim to that perception.

And, quite frankly, that would be a shame.

In “The Farewell,” Awkwafina stars as Billi, a single, struggling artist living in New York City. Despite leaving China at a young age with her parents, Billi has managed to keep a strong and loving relationship with her grandmother, Nei Nei (Zhao Shuzhen).

With her life and career seemingly in shambles, Billi is dealt a further blow when she finds out that Nei Nei has stage IV lung cancer, and will likely be dead in a matter of months.

Under the guise of a wedding, the entire family – including her parents, Haiyan and Jian (played by Tzi Ma and Diana Lin), are heading back to China to make sure they get to spend some time with her before she’s gone.

The catch? Nei Nei doesn’t know she’s dying and the entire family intends to keep it that way.

The other catch? Billi hasn’t been invited because nobody thinks she’ll be able to keep the secret.

Against her family’s (and probably her credit card company’s) wishes, Billi flies herself to China so that she can see her beloved grandmother one last time.

Perhaps it’s because my own 83-year-old grandmother has lung cancer, or maybe I was exhausted from lack of sleep and driving through a thunderstorm to get the theater, but this one really got me. I wasn’t a sobbing mess like the young lady next to me, but I actually felt something in a movie theater for the first time in quite some time. I’m still not sure I’ve those “feels” that people talk about, but if I do/did, this movie would’ve been in there.

Written and directed by Lulu Wang, “The Farewell” has an intimate and personal feel, likely because it’s based on the story of Wang’s own grandmother.

To me, when you have a talented storyteller telling a story that they’re personally invested in, that’s when you get something special. That’s when you get a film that connects with people on a different level – a connection that transcends the surface level reasons that people connect with movies. We connect with movies because the director’s gender matches ours, or because we’re from the same geographic area, or because the color of their skin matches ours. And while those are all valid reasons to connect with a movie, Wang has created something truly special that goes beyond that level. I’m not Asian. I’m not a woman. I’m not an Asian woman. Yet she was able to create something that truly moved me … given my cynicism and general demeanor as a human being, I’d say if she can spark that in me, she can get just about anyone on board.

Kudos must also be given to the film’s leads – Awkwafina and Shuzhen – who are incredible together. They have real chemistry, and their interactions never feel overly scripted or rehearsed. There’s some awkwardness, for sure, but given the circumstances unfolding on screen, it simply works.

Before and even after “Ocean’s Eight,” I couldn’t tell you who Awkwafina was. And despite her entertaining turn in “Crazy Rich Asians,” I still viewed her as little more than an ancillary comedic relief piece in a drama, or maybe an over-the-top annoying comedic sidekick. But now, I’m legitimately to see what she can do going forward.

For the first time in a long, long time, I’ve got nothing negative to say about a movie. “The Farewell” is a must-see for anyone that has/had a grandparent … so, like, basically everyone.