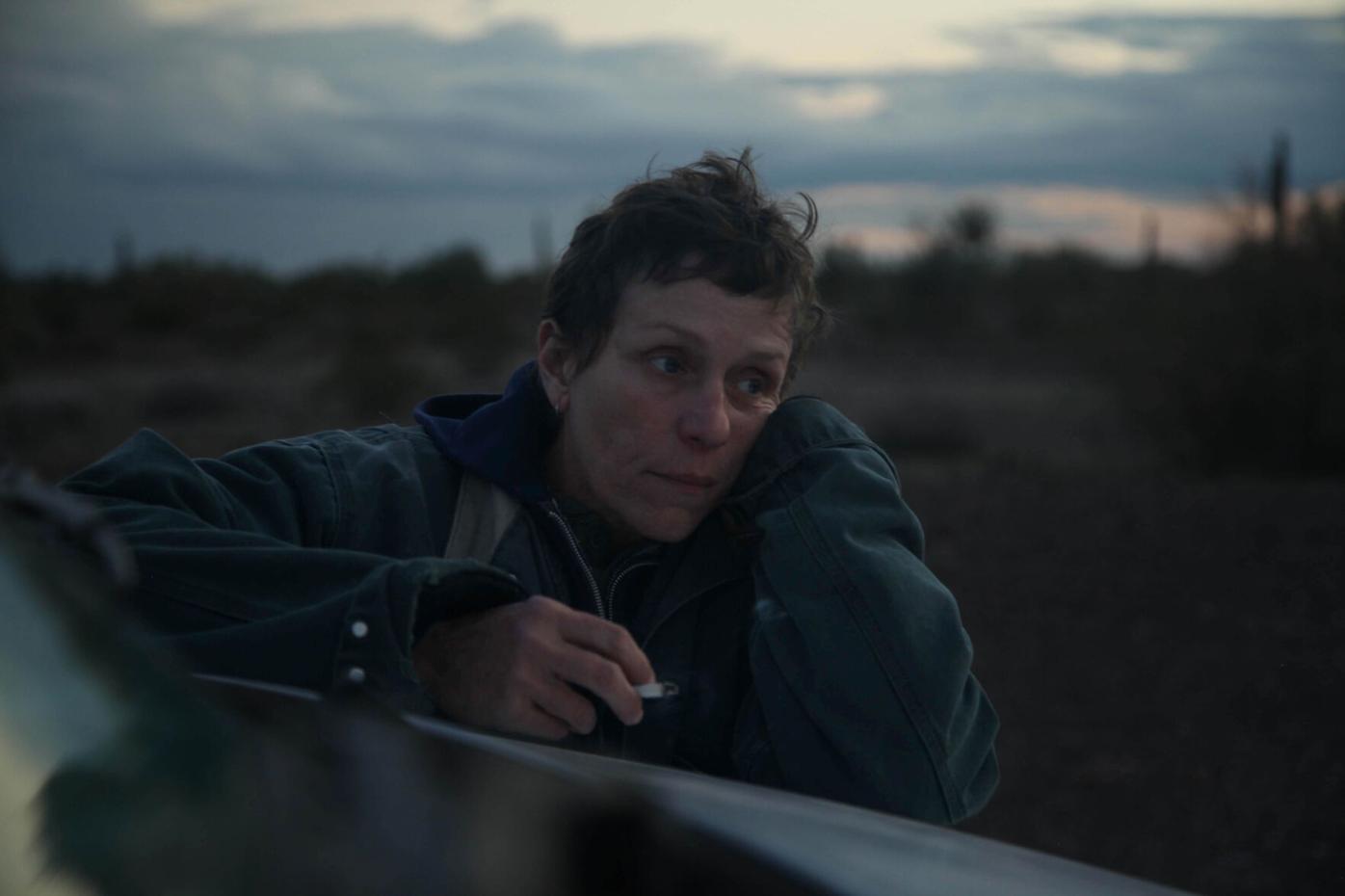 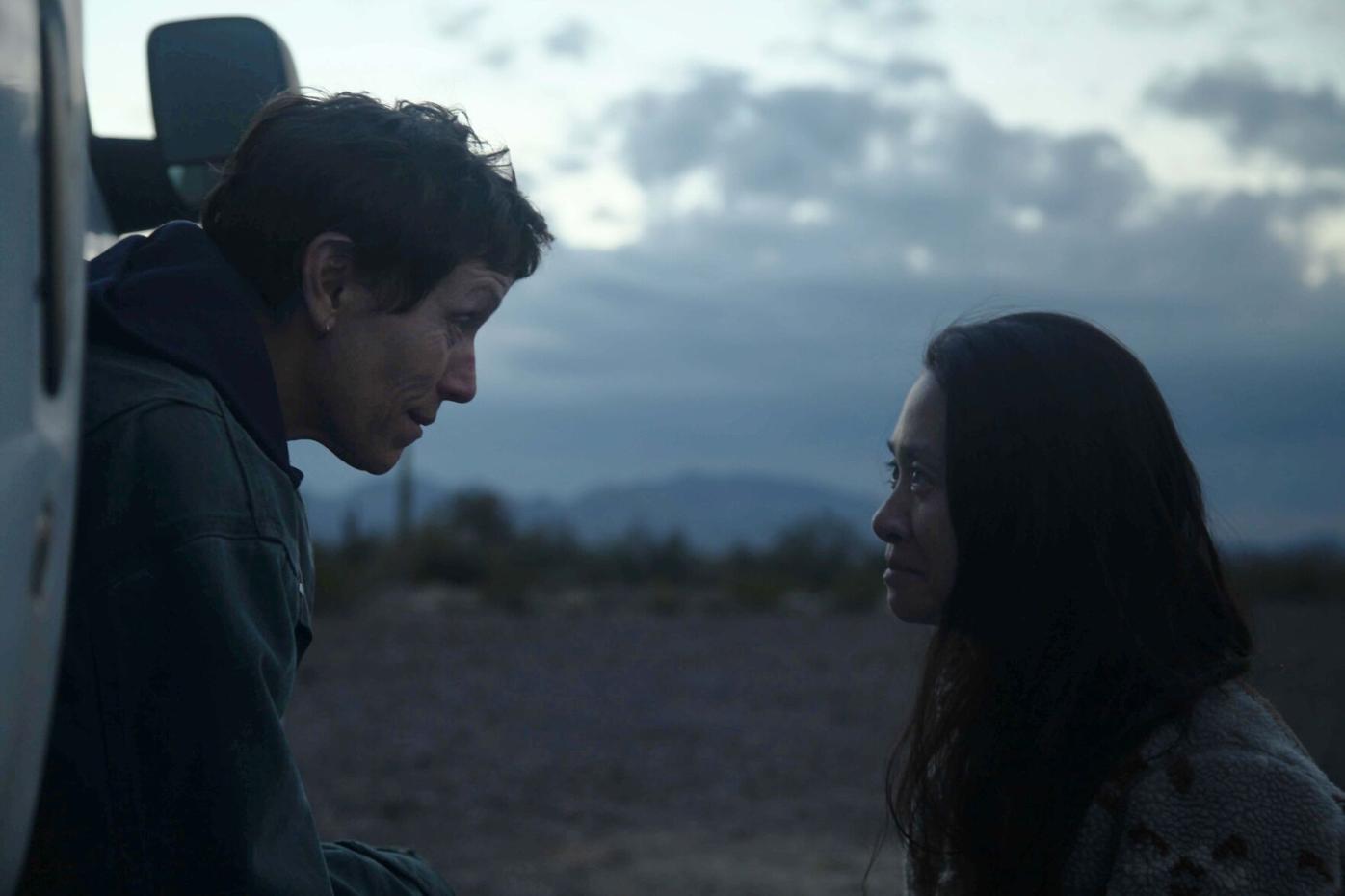 With the number of movies sent my way (along with keeping up with my regular TV shows), it’s not often that I re-watch a movie prior to writing my review.

However, in the case of the Chloé Zhao-directed (and written, produced, and edited) and Frances McDormand-starring ‘Nomadland,’ when the opportunity presented itself, I knew I had to take it.

I originally saw ‘Nomadland’ at the 2020 Twin Cities Film Fest last October, and while I likely didn’t (and still don’t) love it as much as everyone else seems to, there was something about it that stuck with me over the past few months that I couldn’t quite pin down.

Upon the second viewing, I think I figured it out.

‘Nomadland’ is the story of Fern (McDormand), an older, but not retirement age, woman who lives a seemingly meager life in a van she has converted into her home and travels the country looking for work. We soon learn that Fern’s husband has died, and her home, job, and even her town were lost to the Great Recession.

After her seasonal gig at an Amazon fulfillment center ends, a fellow nomad tells Fern of a retreat in the dessert. With jobs hard to find, Fern decides to attend and ends up making friends in the community and learning more about what it will take for her to survive this lifestyle long-term.

We then follow her on a multistate road trip, where she works, forms relationships, and tries to carve out her own sense of “normal.”

That thing that I couldn’t pin down? Realism. ‘Nomadland’ is easily one of the realest films I’ve seen in a long time.

Part of that is that due to the small confines of Fern’s home, the impressive camerawork of cinematographer Joshua James Richards puts you right in the middle of the (non)action, and makes you feel as though you’re experiencing this life through – or at least adjacent to – Fern’s eyes. His work in the wide-open nature that Fern travels is also something to behold, as are the grim tones he shoots in her times of despair. Regardless of the scene, he paints an unforgettable picture.

Adding to the realism is the fact that many of the principal and background characters featured alongside McDormand and David Strathairn (who plays fellow nomad, David) aren’t professional actors – they’re actual members of the nomadic community. The lack of polish was certainly noticeable the first time around, but upon subsequent viewings, when you know these aren’t actors, it takes on the feeling of Fern’s fictional story taking place in the middle of a documentary.

Now, here’s the catch that might turn some of you off. ‘Nomadland’ is absolutely about a character study. Minus a harrowing encounter involving some bad food and a bucket, it is basically devoid of action. It’s dialogue-heavy, focusing more on the why of Fern’s situation than the how.

There’s no logical reason that a movie featuring a whole lot of Frances McDormand driving around in an old van, stopping occasionally to shovel sugar beets, and figuring out where the heck Wall Drug is should work. But it does.

It’s likely because the true star of ‘Nomadland’ is Zhao. She tells a rich, compelling story that on paper sounds incredibly boring. She also seems to have drawn the best from the individual parts she worked with – McDormand (the two-time Oscar-winning Best Actress) gives if not her best, her most realistic performance; a group of inexperienced nomads provided depth that seasoned Hollywood actors couldn’t bring; and Richards, whose more experienced with shorts than features, puts forth surefire Oscar-nominated work.

Her directorial track record is short, but the quality is so high that Marvel fans should feel confident that ‘The Eternals’ is in her capable hands. The awards season attention ‘Nomadland’ is and will continue to garner will hopefully draw more eyes to her 2017 film ‘The Rider,’ which I think is even better.

If you’re one of those people that tries to watch all of Oscars Best Picture nominees, you might as well check ‘Nomadland’ off the list when it hits theaters and Hulu today.