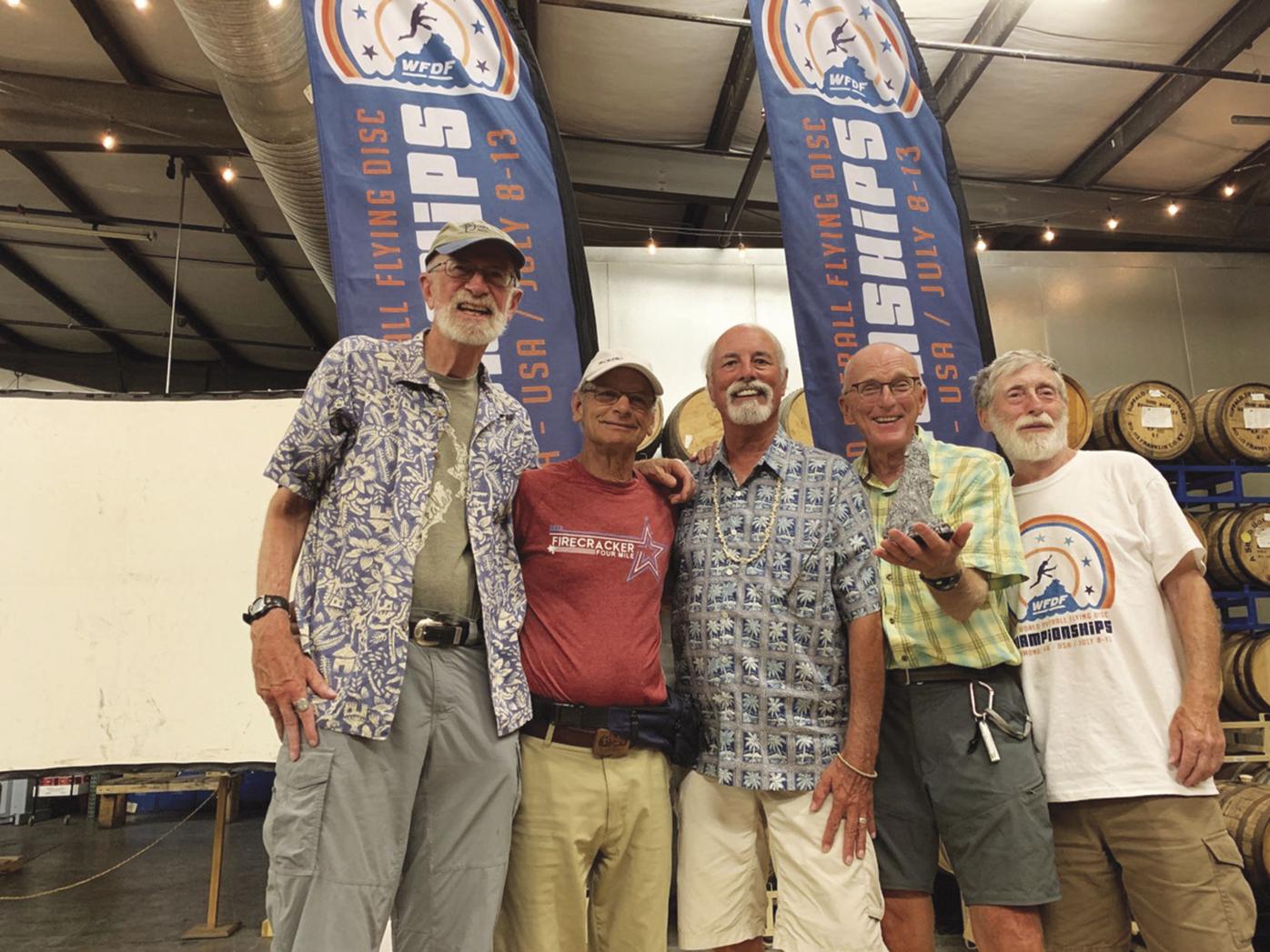 Edina resident Paul Thompson, second from right, holds up the “Howling Wolf,” the unofficial trophy he earned by besting four other disc throwers in the Legends Division (ages 70 and up) of the World Overall Flying Disc Championships, held July 8-13 in Richmond, Virginia. Thompson’s trophy is a nod to the cohort of friends who go by the acronym of WOLF, which stands for Wonderful Old Lovable Fliers. They’ve been following their passion for flying disc sports together since the 1980s, Thompson said. Joining Thompson are, from left, Dan Roddick of Pasadena, California; Jim Palmeri of Rochester, New York; Mike Conger of Honolulu, Hawaii; and Phil Pollack of Richmond, Virginia. 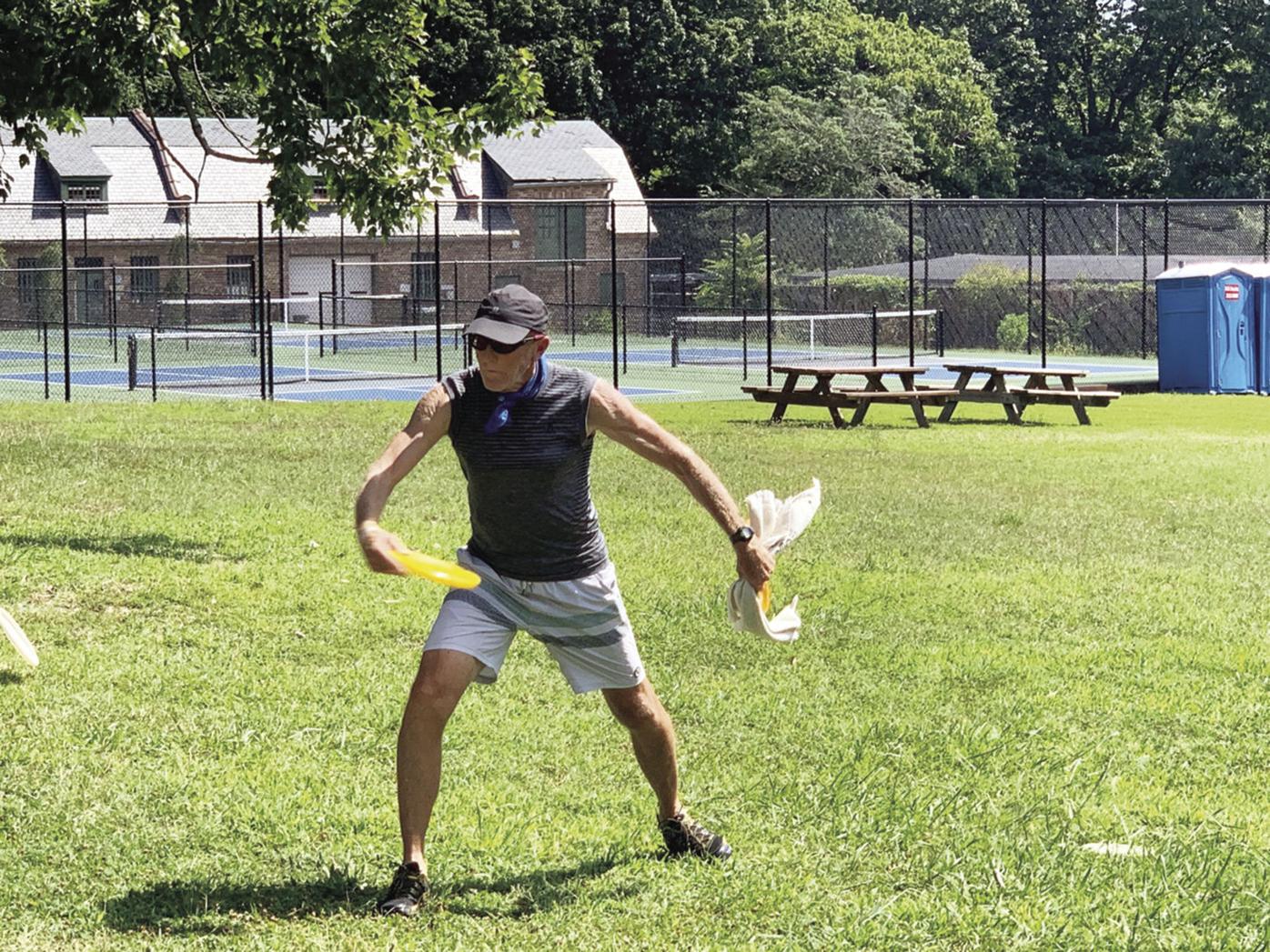 Thompson whips a flying disc during the Controlled Pace Discathon. Thompson won the event, one of seven individual competitions comprising the overall championships.