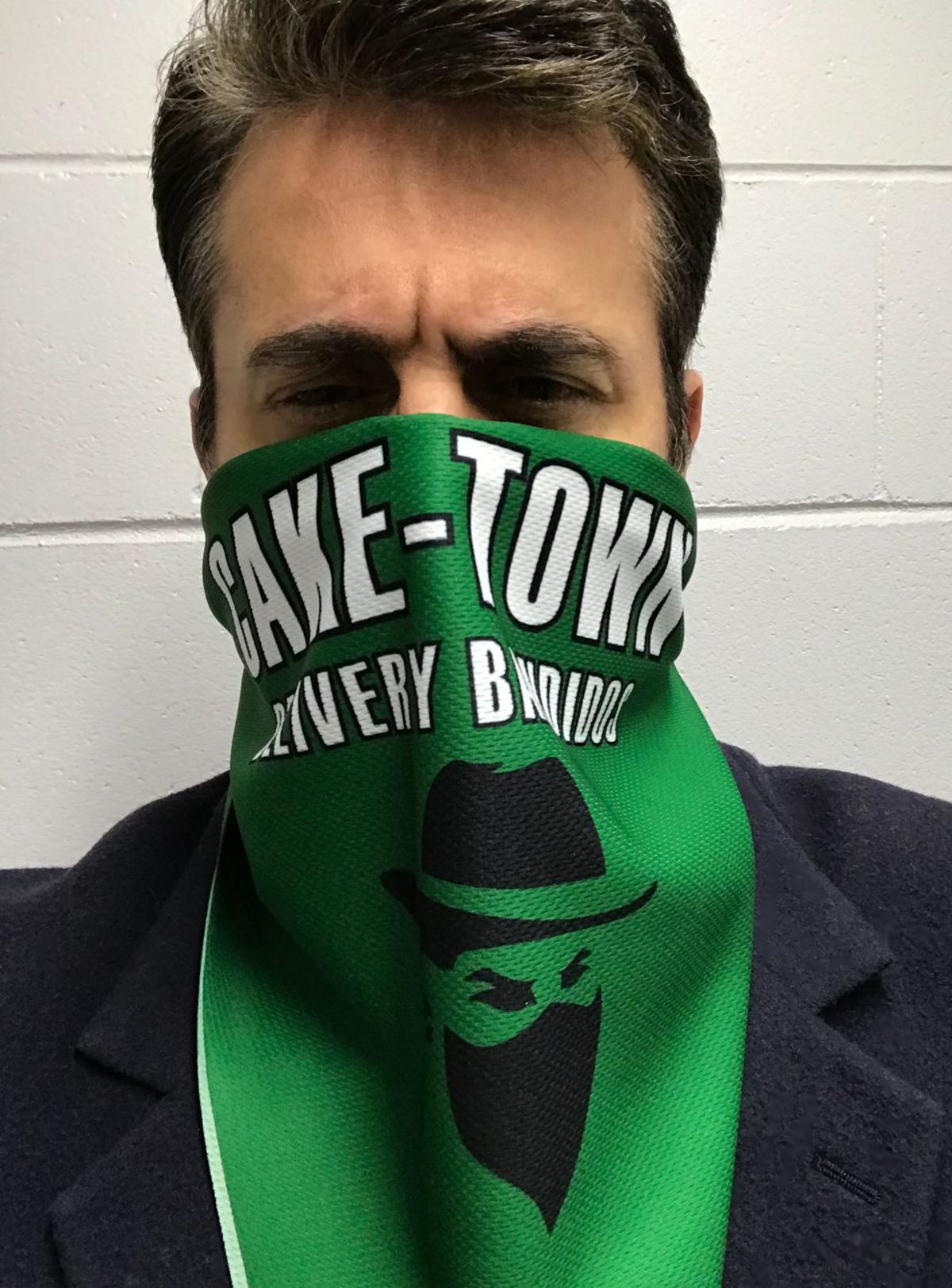 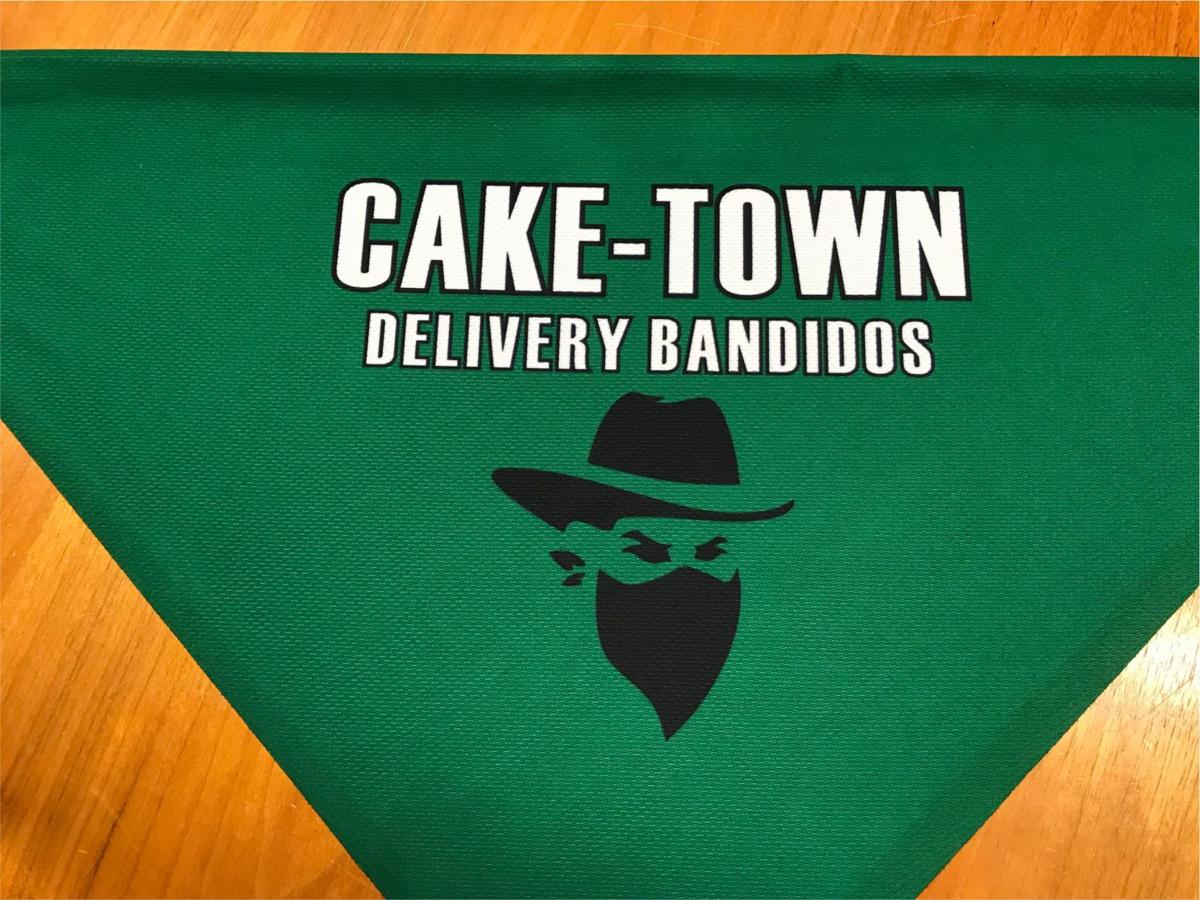 A band of masked couriers is trying to help those who are most at risk during the COVID-19 crisis by making free doorstep deliveries in Edina.

Members of the posse, dubbed the Cake-Town Delivery Bandidos by ringleader Chris Bonvino, are covering their faces with Edina-green bandanas while offering free grocery shopping services to the city’s most at-risk residents.

“It’s a scary time for all of us and particularly those at risk,” Bonvino remarked to the Sun Current March 19 as the group was beginning to come together. “ … I worry about people who are older and alone.”

Bonvino, owner of Edina-based jersey manufacturer Gemini Athletic, used his shop to print the signature bandanas, which he said are being worn over protective masks. Last week, about 30 people had agreed to offer their services for masked doorstep delivery campaign, he said.

He’s not limiting their mission to grocery shopping, “although that seems to be the biggest concern right now,” Bonvino said.

They could also tackle tasks such as bringing garbage bins to the curb or retrieving mail from the mailbox – all while taking the safety precautions advised for avoiding virus spread.

In another effort to minimize risk, the group is serving clients on a one-to-one basis, meaning the two parties would be paired for an ongoing relationship, amid what could be a lengthy danger period as COVID-19 cases continue amassing. Bonvino hopes those personal

Last week, the grocery shopping crew was awaiting its first call for service as a few matters of logistics were still being hammered out.

“I know there’s a way that this can be done that would be of benefit to people who are older and are afraid,” said Bonvino, 53, who graduated from Edina High School in 1984.

The group of couriers is concerned for their own health, too, “but most of us are young and strong, and with precautions, we should be OK,” he said.

Bonvino found the volunteers through a private Facebook group he belongs to called Edina Conservatives United. Despite the political nature of the volunteer pool, Bonvino said he is hoping partisanship can be put aside during the crisis.

“You know what, we’re not so bad,” he said. “Neither are those other guys. We’re just doing our thing.”

Bonvino is aware of the other food delivery options that have proliferated in recent years but points out that not everyone, especially the population he expects to serve, knows how to use those options, which tend to be based online.

“A lot of these people aren’t really well versed in some of these delivery services,” he observed.

He acknowledges the green bandanas that people will see at their door are “kind of silly,” but believes the levity has its benefits. “I think if you make things fun, people want to do them more. You can be a little silly and do something good,” he said.

In serving the elderly population, the masks are being worn with the idea of returning a favor. “They took care of us when we were young. We can do something back,” Bonvino said. “ … You take care of people – that’s what community’s all about.”

To request the services of the Cake-Town Delivery Bandidos, call Gemini Athletic at 952-942-7242 and ask for Dave.