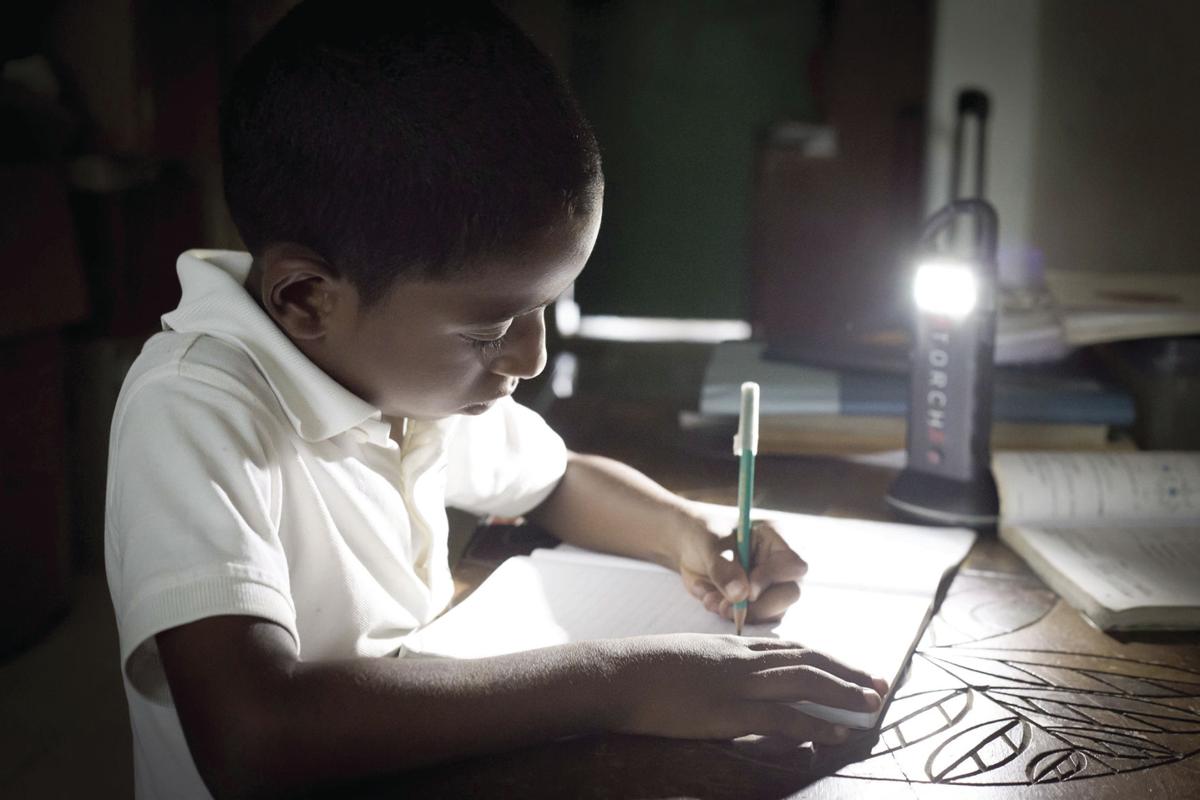 With two light sources, the XTorch can be stood up and used as a lantern, or held as a traditional flashlight. (Submitted photo) 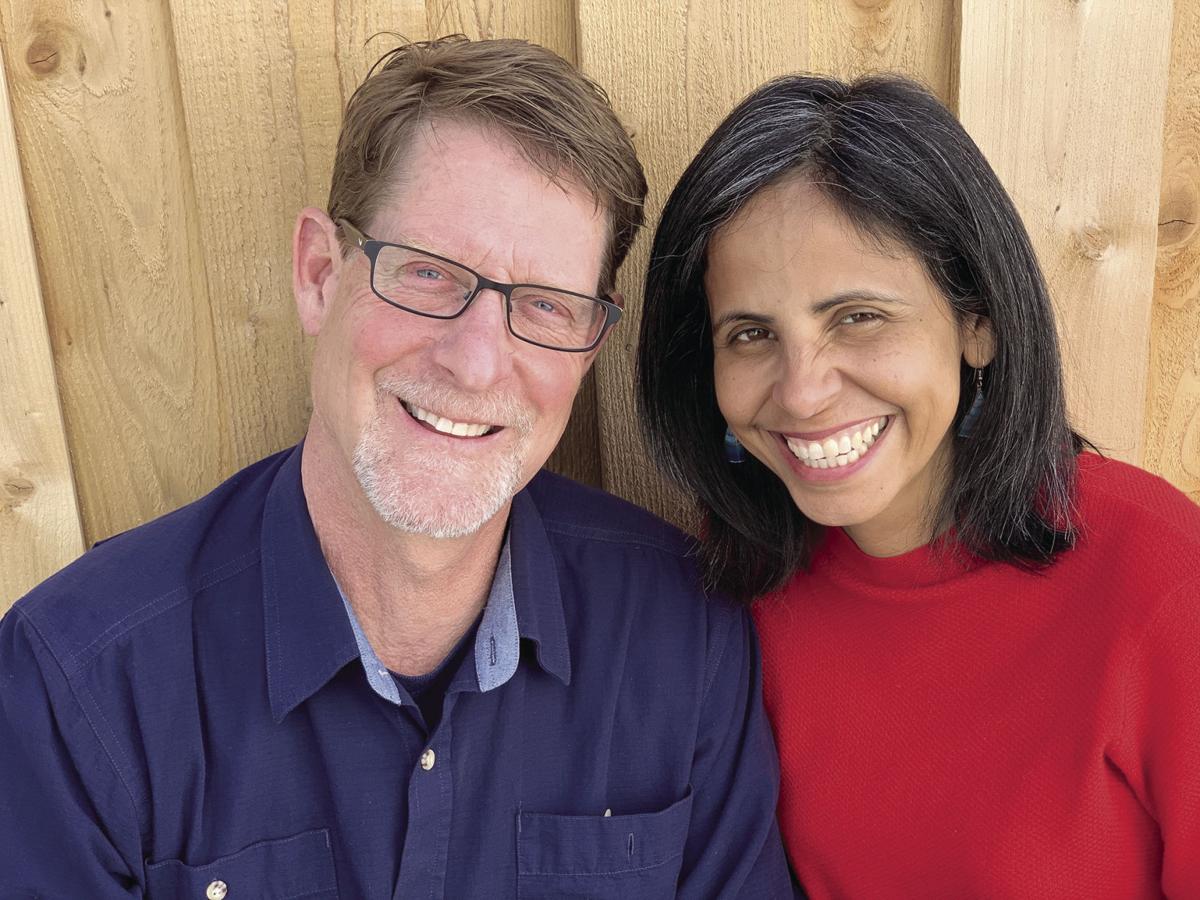 Gene Palusky and his wife, Keidy Lora-Palusky, were inspired by their experience working in developing nations when they created the XTorch. (Submitted photo) 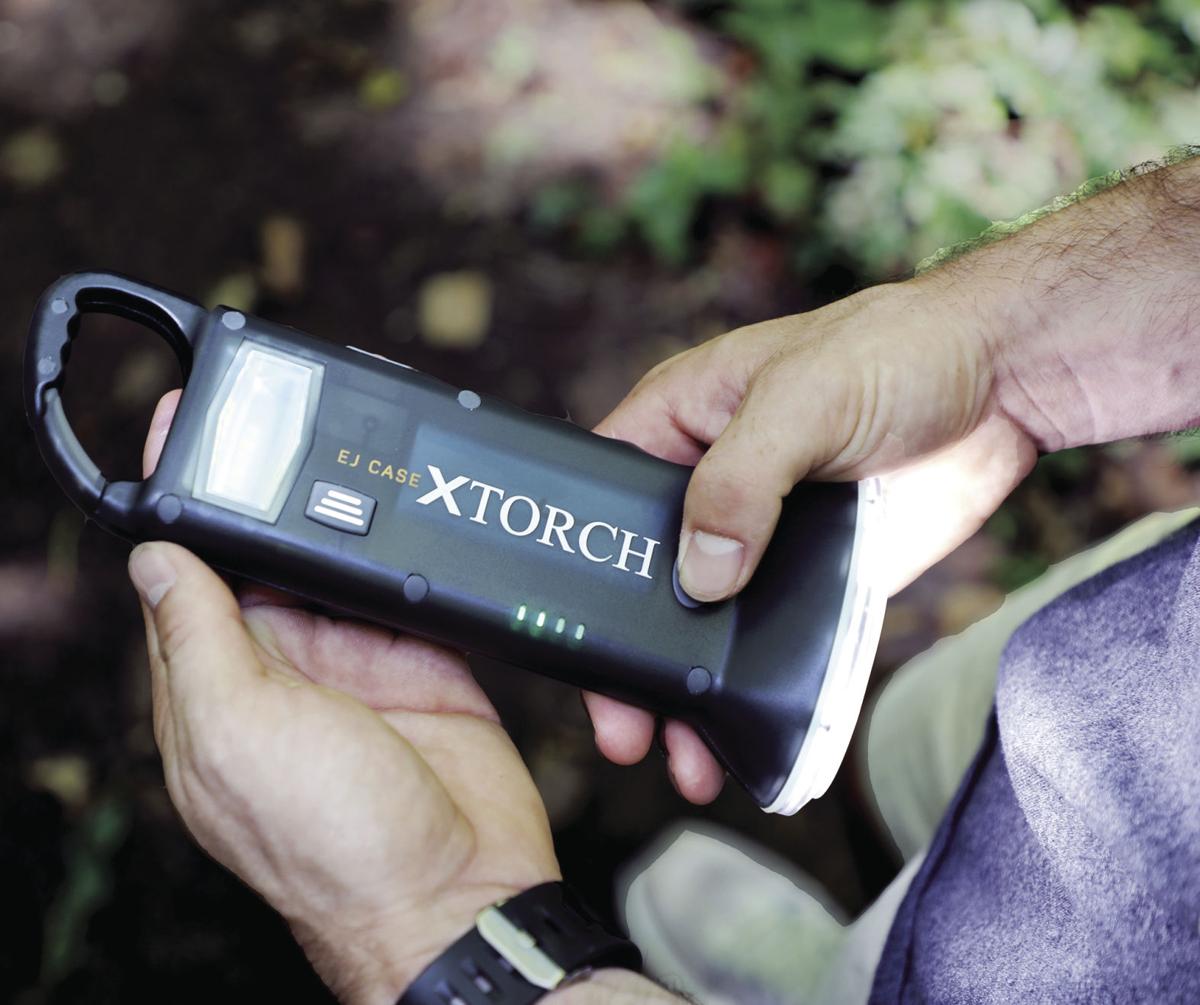 The XTorch is a multi-functional solar-powered flashlight created by an Edina couple to benefit people in places around the world where the power grid is unreliable. (Submitted photo)

It’s become polite short-hand to refer to the current period of crisis as “these uncertain times,” a refrain that implies uncertainty is unusual.

But for citizens of developing nations, uncertainty has long-defined daily life, including a resource that is often taken for granted elsewhere – the power grid. An Edina couple is helping alleviate some of that stress by giving flashlights away, but not just any flashlight.

Through their company, E.J. Case, Gene Palusky and wife Keidy Lora-Palusky sent approximately 2,000 solar-powered flashlights and nearly 1,000 separate solar panels to Haiti and the Venezuelan-Colombian border late last month, marking their biggest donation yet since they began working on their product, dubbed the XTorch, about six and a half years ago.

The couple was inspired to create the device by personal experience in the Dominican Republic, where Palusky met his future wife in 2001 while on a mission trip in the country.

An artist turned real estate entrepreneur, the 64-year-old Palusky, now retired from the property business, has witnessed the lack of reliable power in locales such as Haiti and Equatorial Guinea over his years of religious outreach and development work in those countries. Lora-Palusky, a native Dominican, has lived that reality, having grown used to scrambling for candles in pitch black when the lights suddenly go out.

“Growing up, I experienced that all the time,” she said. “ … Our goal and our mission is to get XTorches in the hands of people who really need it because we’ve experienced firsthand how hard it is to live in the dark.”

As Palusky explained it, E.J. Case used to sell the XTorch directly to non-governmental organizations and nonprofits but changed its business model about two years ago, opting to sell the devices domestically – they can be found on Amazon – while using the profits to donate the product internationally.

With the public more attuned to emergency preparedness due to the coronavirus pandemic, it reasons that survival tools such as the XTorch would be in demand, and Palusky says sales are up over last year’s pace.

“People are buying tools that are essential, and the XTorch fits in that category,” he said.

He sees his product as important not just for providing light where there otherwise would be none, but for powering a technology that has become a lifeline in places with unreliable infrastructure.

With electricity often unreliable in those locales, Palusky’s solar-powered flashlight can also charge cellphones, which “have become the conduit of communications and commerce in developing countries for people who make even two dollars a day,” he observed. “You’ll see people without shoes, but they have cellphones because it’s so important for their survival.”

Putting the XTorch in the hands of those who need it most meant product research, which meant buying “just about every type” of solar-powered flashlight on the market, Palusky said.

He tapped his longtime friend and associate, the late Bob Sweat, to do the engineering work.

“He was one of my best friends in the world,” Palusky said of Sweat, who died last fall. “Without him, there would be no XTorch.”

In Palusky’s view, Sweat left behind a product of unparalleled utility. There are other solar-powered flashlights on the market, but “nothing like the XTorch, not even close,” Palusky said.

He called the product “indestructible, pretty much,” adding that it will hold a charge without use for three years and will even float. Additionally, two light sources on the device allow it to be used in-hand as a flashlight or stood-up as a lantern.

The process of spreading that utility is emblematic of an interconnected world.