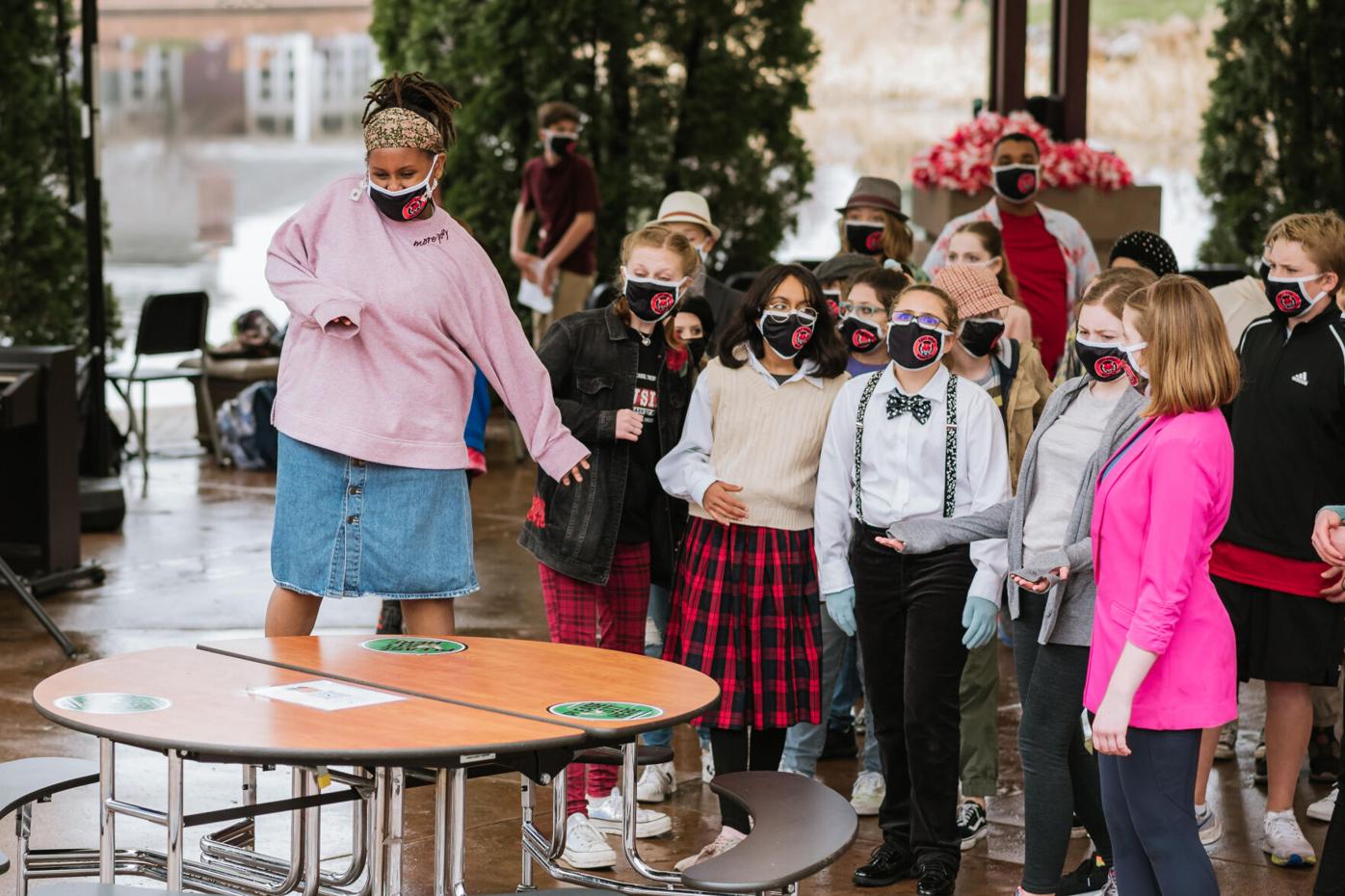 Genet Gessert, a 7th-grader, plays the role of Martha during South View Middle School’s production of “High School Musical.” This scene depicts the moment that several students reveal their interests outside of the cliques they belong to at East High, breaking out of the status quo. (Photo courtesy Molly Andresen) 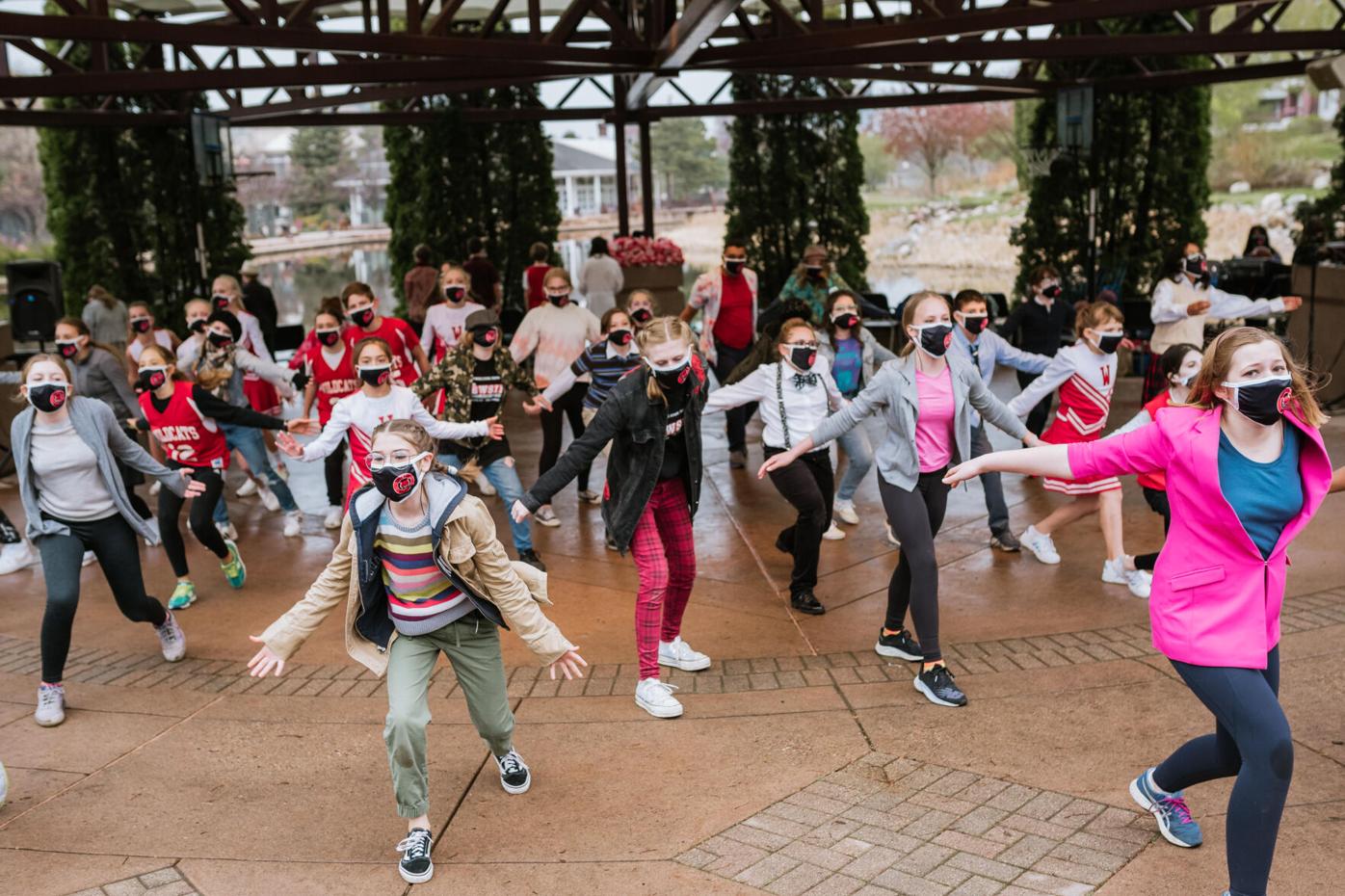 Students at South View Middle School put on a live performance of ‘High School Musical’ to an audience of about 250 friends and family members. (Photo courtesy Molly Andresen) 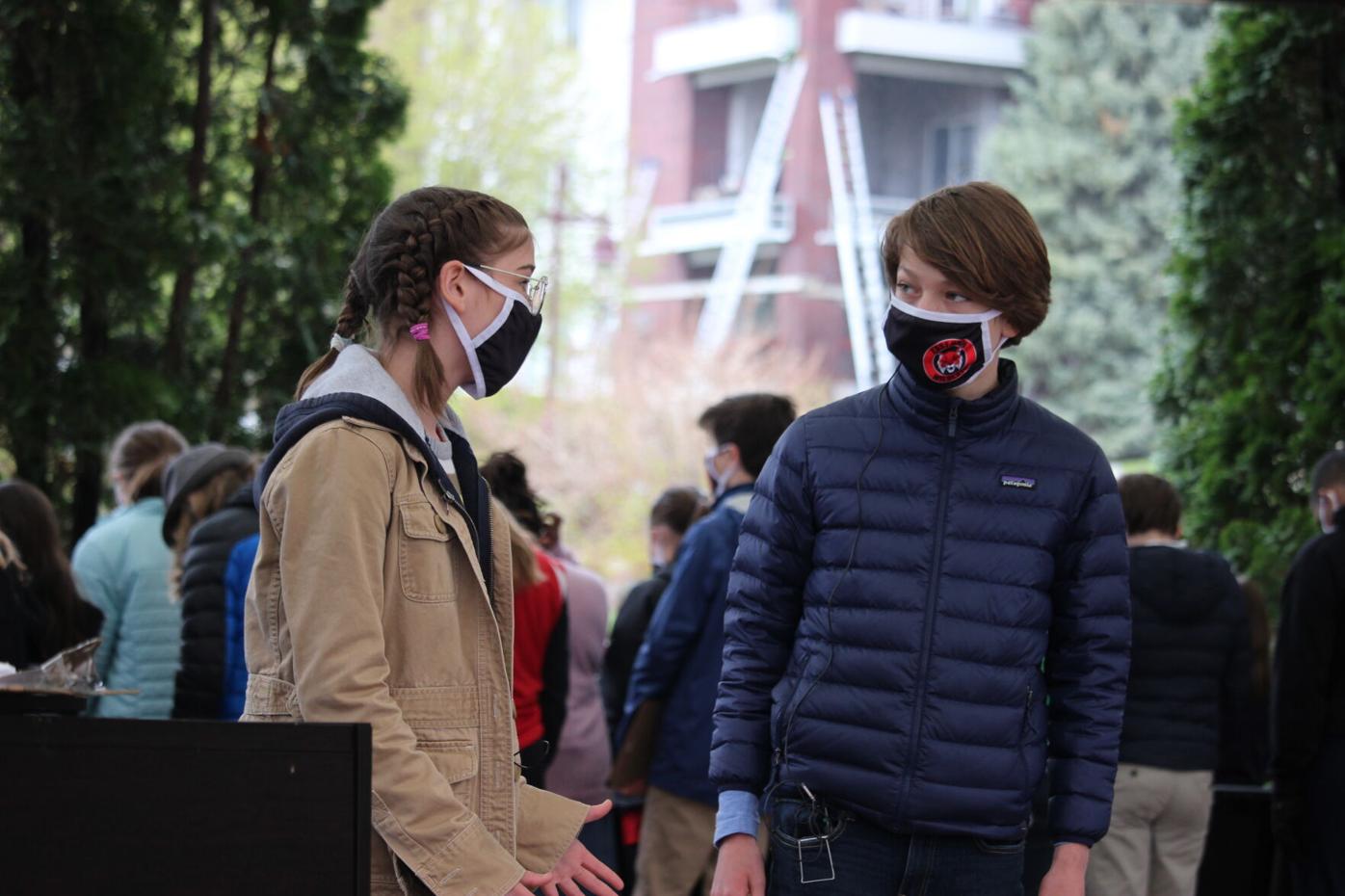 South View Middle School’s young thespians have had to adapt and transition throughout the past semester in attempting to put on ‘High School Musical.’

But in the middle school’s first live production since the start of the pandemic, the students didn’t let COVID-19 steal the show.

For a limited audience of about 250 friends and family members, more than 50 middle school students staged a live performance of the original Disney movie last week, depicting the story of two high school students who spark a romance together while dealing with meddling cliques. The show was the final product of a months-long process that first started in January through Google Meet gatherings. Then, once school was back to in-person learning this spring, performers rehearsed together in the bus parking lot of the middle school.

And despite COVID-19, the show was a success, students said.

“It was great,” said eighth-grader George Dorn, who played one of the main characters, Troy Bolton. “I loved every second of it. I don’t think I would change it at all.”

Originally, the intent for the musical was to make it into a movie, said one of the show’s directors, Erica Gardner. Secondary students were still unable to return to class, which meant that in-person rehearsals and productions were also off the table. The movie would have been made in small, socially distanced groups.

To audition, students submitted Flipgrid videos to Gardner and the show’s music director, James Hawthorne. Dorn, who has been in several theater productions at the middle school and elsewhere, said the process was much different than he’s used to.

“It didn’t feel right doing it online,” he recalled.

Once the cast was chosen, the students would learn lyrics, vocals, stage locations and choreography, all through Google Meet after class for an hour, four days per week. During this time, the student crew, with the help of the show’s technology and set director, Matt Pearson, would learn filming techniques to shoot the movie. Choreography was created by the Edina Schools’ Josh Fremder, who has a vast background in dance.

But when students could return for in-person learning in March, the directors began looking for ways to put on a live performance of the show at an outdoor venue – a move reminiscent of the sort of thespianism Shakespeare championed.

Gardner said she was “pleasantly surprised” by how much the young cast and crew learned online when students rehearsed in-person for the first time mid-March. At that point, the cast began meeting daily in the bus parking lot at South View while staying socially distanced and masked.

Gardner said she noticed that throughout this challenging period, the students “have really been dedicated and focused, and persevered through whatever’s thrown at them.”

And when they added morning rehearsals later on, the students cheered, Gardner said.

The performance, which took place April 23 at Centennial Lakes Park’s Maetzold Amphitheater, was limited in audience size due to the pandemic. Members of the audience were required to wear masks and socially distance. In a normal year, school performances would have between three and four sold-out shows per production, with about 100 students in the cast and crew. The middle school typically puts on two productions per year.

For this show, all of students wore masks, sporting the ‘East High Wildcats’ logo, while singing, too.

The cast and crew only ended up meeting 16 times in person, Gardner said. Compared to a normal, non-pandemic year, students would have met five days per week for four months.

There were no reported cases of COVID-19 within the cast or crew, which would have shut down the entire show, Gardner added. She said all of those involved in the show knew this was a risk.

“We didn’t know where this journey would land us,” she said.

But even with the pandemic, the performance was a great one, said eighth-grader Bridgette Roberts, who was part of the crew that worked on the sound board and microphones.

“Under the circumstances that we had, and with the transitions from online (and) in-person ... everybody made the best of it,” Roberts said.

Another eighth-grade student, Zoey Williams, who played the pianist Kelsi, echoed this sentiment. “Everyone brought the energy,” she said. “We did really well.”

“It was an amazing feat,” Gardner said of the students’ performance.

And to Dorn, the show went perfectly. “We all worked together and we made it, we made it amazing,” he said. “I don’t think this is a moment I’ll ever forget.”