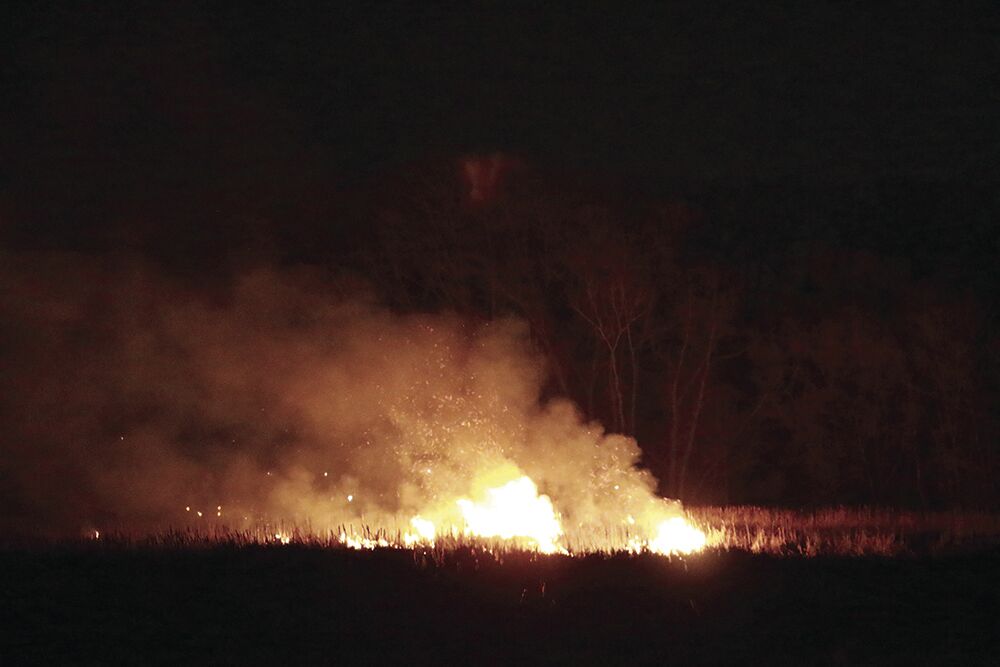 The April 2 wildland fire in Veterans Park was the first of its kind in the park in a couple of decades. The cause of the fire is still unknown. 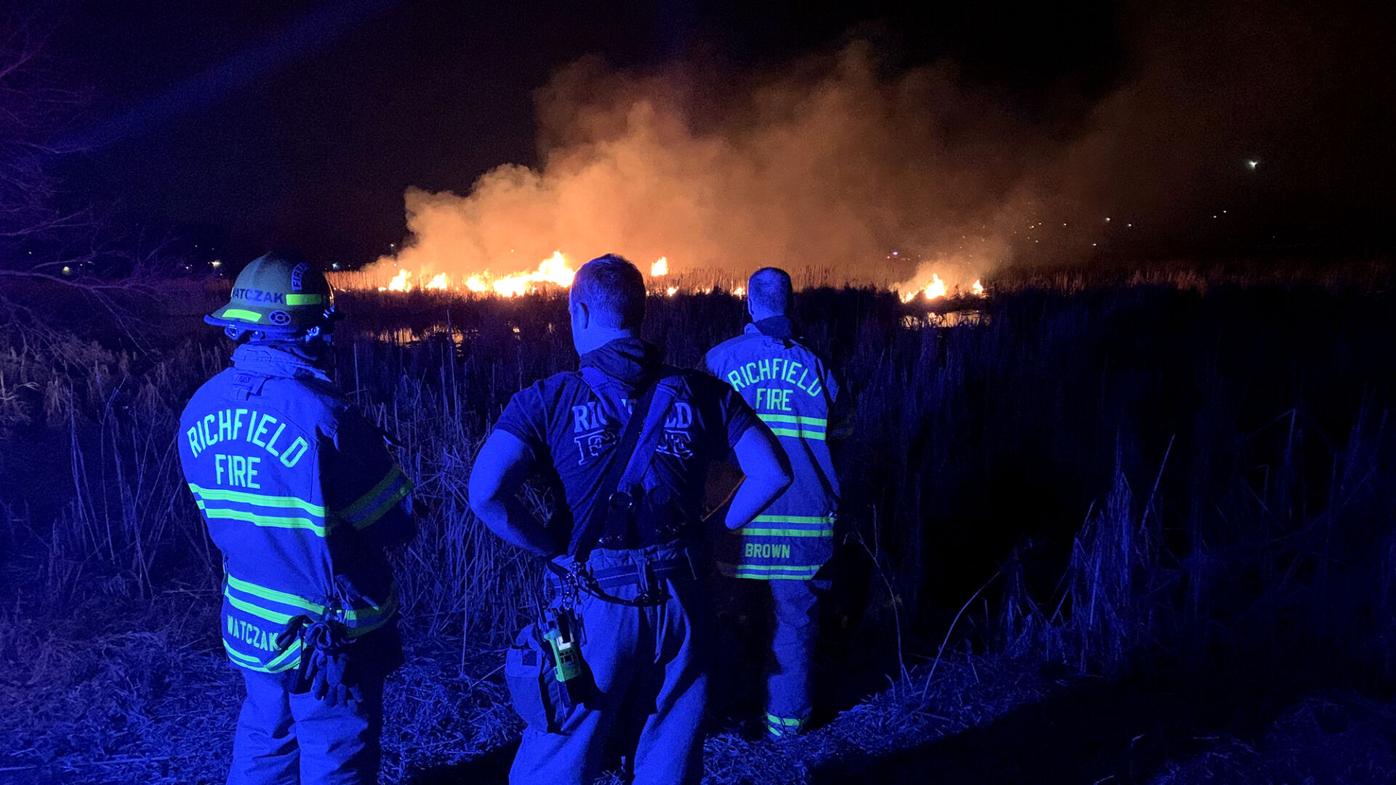 Richfield firefighters on the scene of the Friday, April 2, fire in Veterans Park. 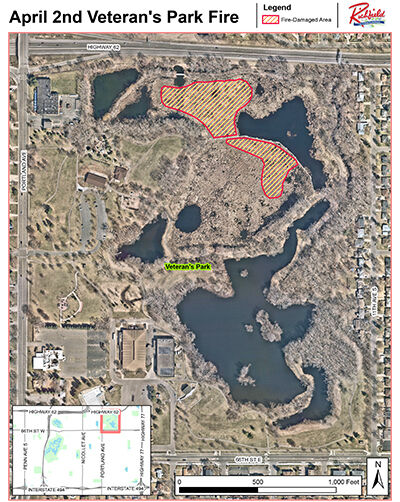 The areas of Veterans Park affected by the Friday, April 2, fire are marked on this map. About four acres of the wetlands burned.

The Richfield Fire Department was called just after 9 p.m., Friday, April 2, to a wildland fire that broke out in the northeast section of Veterans Park.

About 4 acres of wetlands, including a cattail marsh, burned, according to a city release.

Fire Chief Mike Dobesh said Monday morning the fire had eventually burned itself out, but that firefighters were on hand at the site until around 2 a.m. Saturday to monitor the situation and to be sure the fire wasn’t going to reignite.

Dobesh said the fire is believed to have started east of the Veterans Park main pavilion area and north of the floating bridge.

The cause, as of Monday morning, had not yet been determined, but Dobesh said personnel would be investigating the incident early this week.

“As a department, we were able to respond, assess the situation and deploy a plan that allowed us to limit the damage to the natural areas of the park,” Dobesh said early Saturday.

When the call of a fire in the low-lying areas of the park was dispatched, the fire department sent out its Ford F-250 utility vehicle equipped with a small pump and hose line.

This was not the situation for traditional fire equipment.

“If we were to take the 17- to 18-ton fire truck out there loaded with 500 gallons of water, we were going to wreck the path,” Dobesh said.

“When crews arrived on scene, they went to the west side by the floating bridge and started their attack and started getting eyes on what they had.

When the utility truck arrived, they knocked down the fire that was approaching the bridge,” he added.

When the fire was confirmed as a wildland blaze, a call for mutual aid equipment from Bloomington and Edina was requested. However, by the time those departments and others had arrived, it was determined they were not needed and were eventually sent home.

“We had talked about using the hydrant near the pavilion and creating a water shuttle there. ... That was initial plan, but once we realized it wasn’t going to use a lot of resources in putting the fire out, then we sent the other units home,” Dobesh said.

The origin and location of the blaze wasn’t clear-cut, Dobesh said Monday morning.

The structures in Veterans Park were never threatened, but had the wind not calmed that night, the danger to other areas in the park could have been much more significant.

“If the wind had been 10-15 mph greater, we could have had a situation of the fire jumping, but that wasn’t the case,” Dobesh said.

As for how the fire started, there had been speculation that fireworks could have been the cause, but Dobesh wasn’t putting too much stock in that idea.

“We haven’t found evidence of (fireworks). We’re going to work with the Police Department on this as it’s officially under investigation. But we didn’t find a pile of matches or the remnants of fireworks,” he explained.

Dobesh said Veterans Park was hit by a similar fire 15-20 years ago, but there wasn’t anybody in the department with that long of a history to remember that blaze.

Dobesh was also thankful for the mutual assistance, though in this case it wasn’t needed.

“One of the biggest successes of this fire is we had a number of departments show up willing to help,” Dobesh said. “Once we were able to get everyone around the fire and found out there was no risk of jumping, we sent everyone home. But we had the resources. The relationship with mutual aid partners was our biggest takeaway from this.”