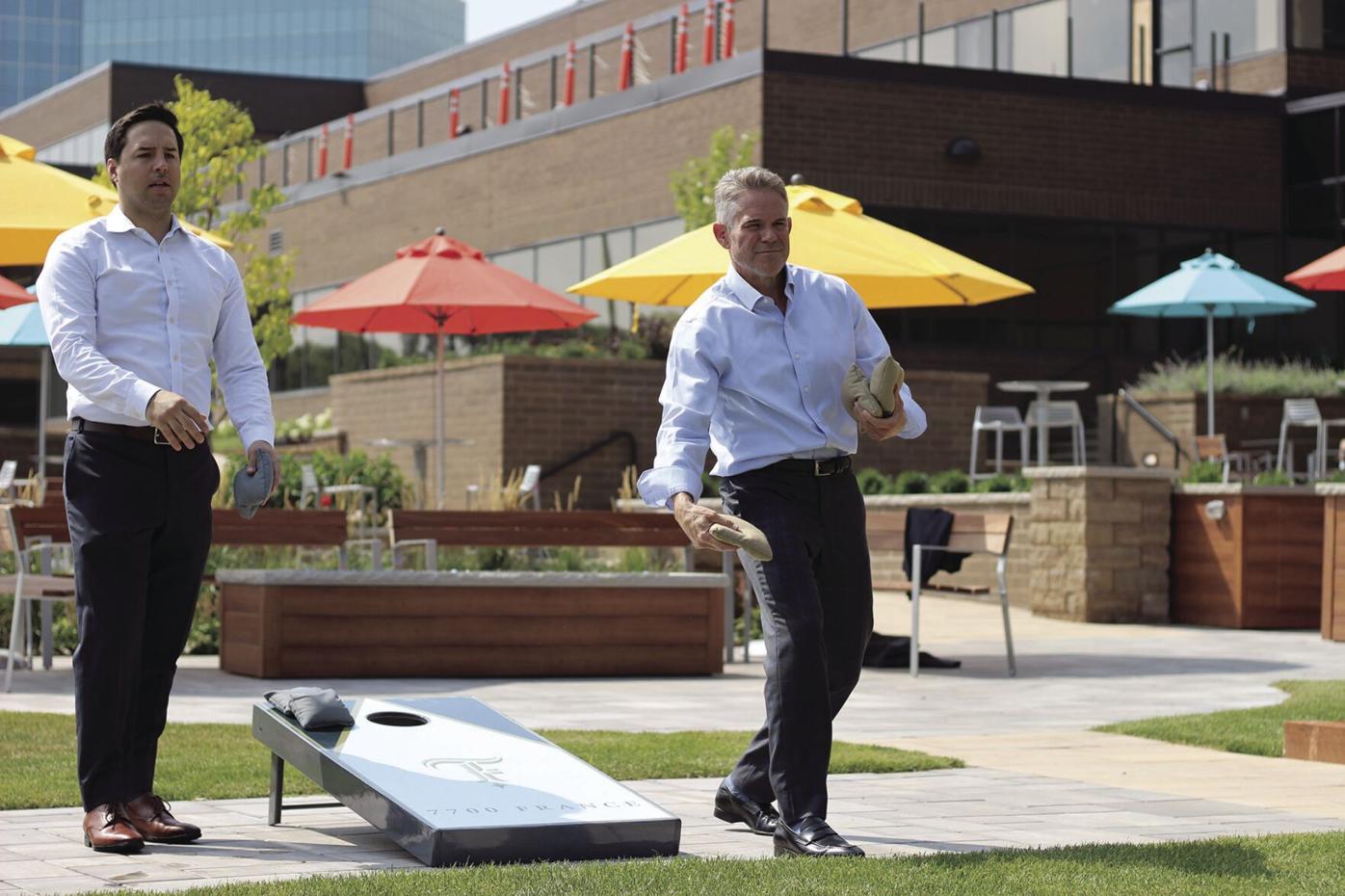 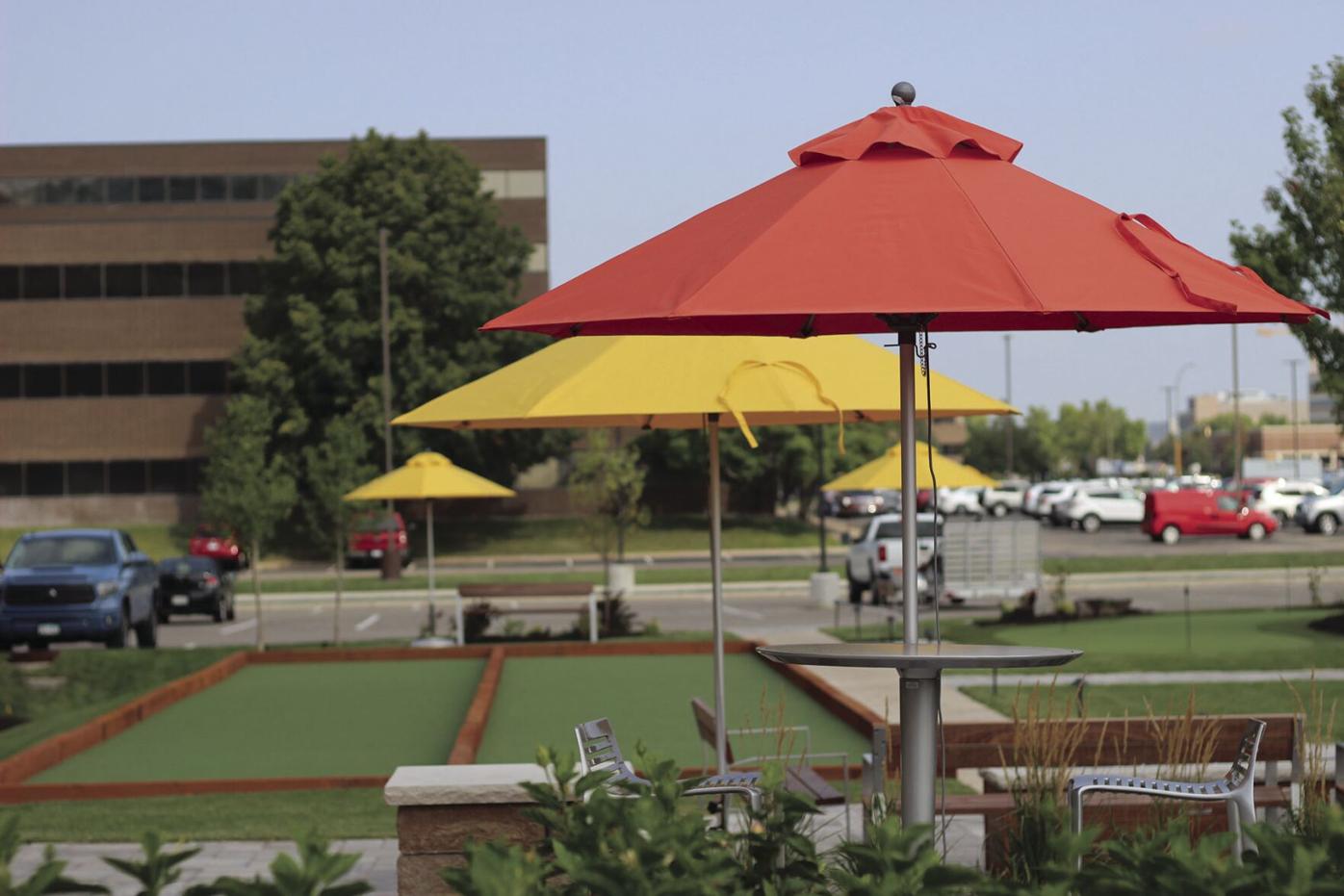 Commercial real estate firm Frauenshuh has opened its newly renovated outdoor plaza on France Avenue, which will serve its 850 tenant employees in Edina.

The firm, which has owned the property since 2001, has undergone multiple projects in its years at the site. Frauenshuh underwent a project to develop the Twin Cities Orthopedics building in 2018, to renovate of the interior of 7700 France building and now, to open its accompanying outdoor plaza.

Buildings have put a greater emphasis on “the importance of employers and employees and creating a place where people not only come to work, but you can also relax, enjoy, have some, you know, unique meeting formats and styles,” said Dean Williamson, president of Frauenshuh. “So, we wanted to make some changes to 7700.”

The plaza, which was constructed over a year’s time, includes seating areas, a barbecue grill, bocce ball courts, cornhole equipment, a putting green and a dog run.

Williamson said the firm noticed a few years back that after adding sidewalks around the building, they become popular with tenants. So, more outdoor amenity space seemed like a good way to better enhance the space, he said.

“It’s back to the whole point, how do you create a different atmosphere for employees to just really be excited about coming to work?” he said.

The Nerdery, a Bloomington-based digital marketing agency, is also moving their new office to this building this month. Williamson said the new plaza and other building improvements helped bring Nerdery to this location.

The building formerly housed the headquarters of National Car Rental until Frauenshuh turned the facility into a multi-tenant property, Williamson said.