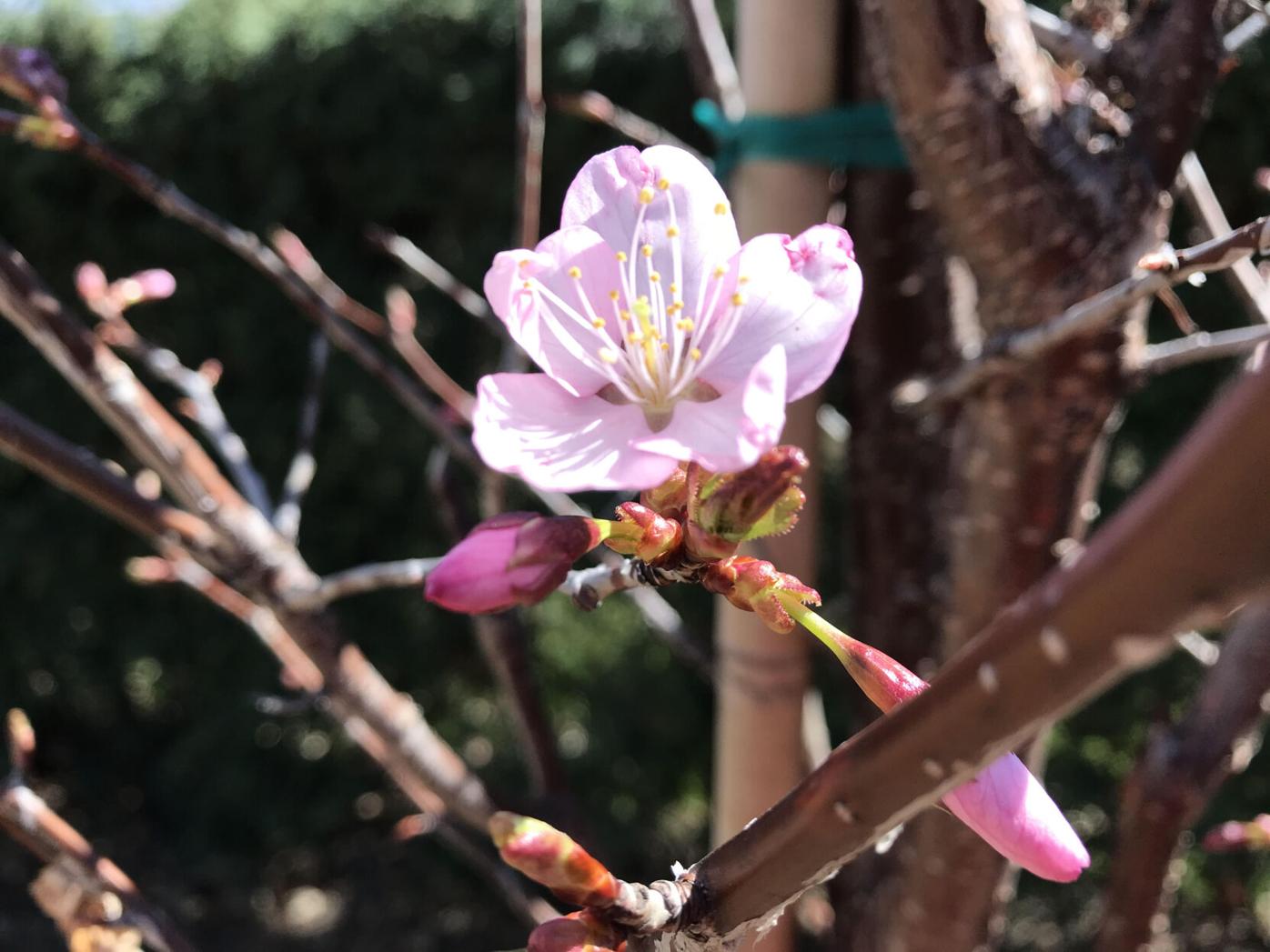 Cherry trees at the Tranquility Garden at Arneson Acres Park are just starting to bloom. The Edina Garden Council, which is leading the project to revamp the garden, is hoping most of the construction and plantings will be completed by fall 2022. (Photo courtesy Karen Platt) 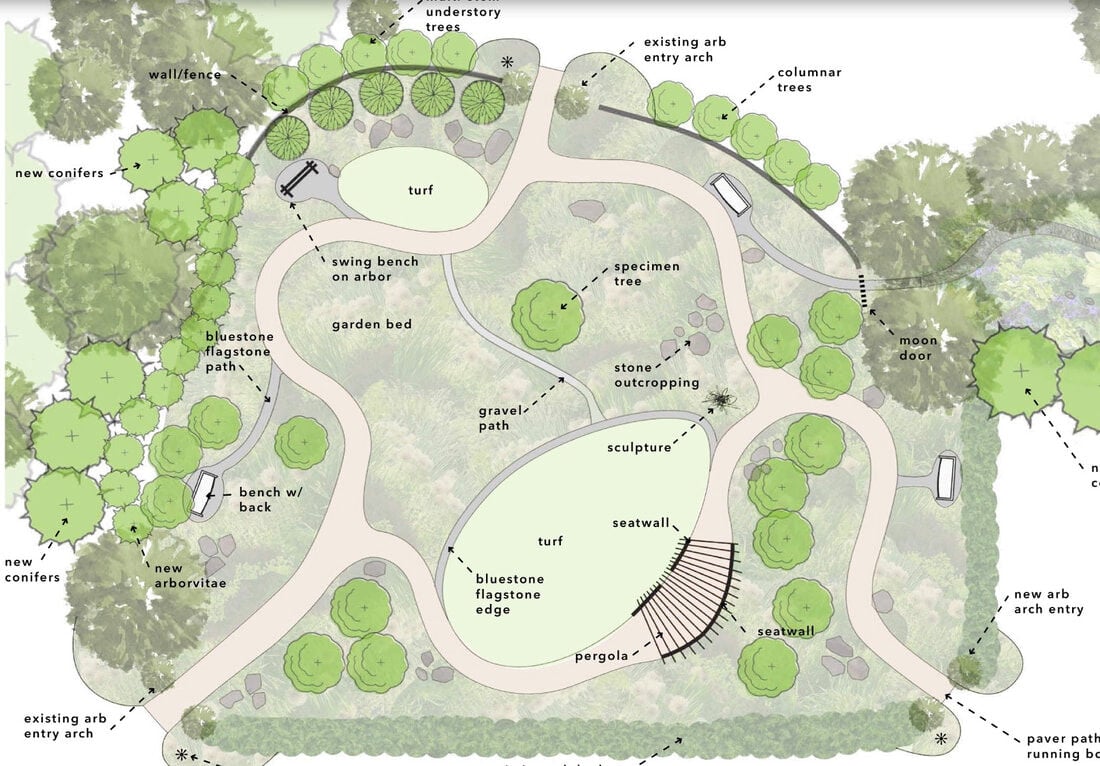 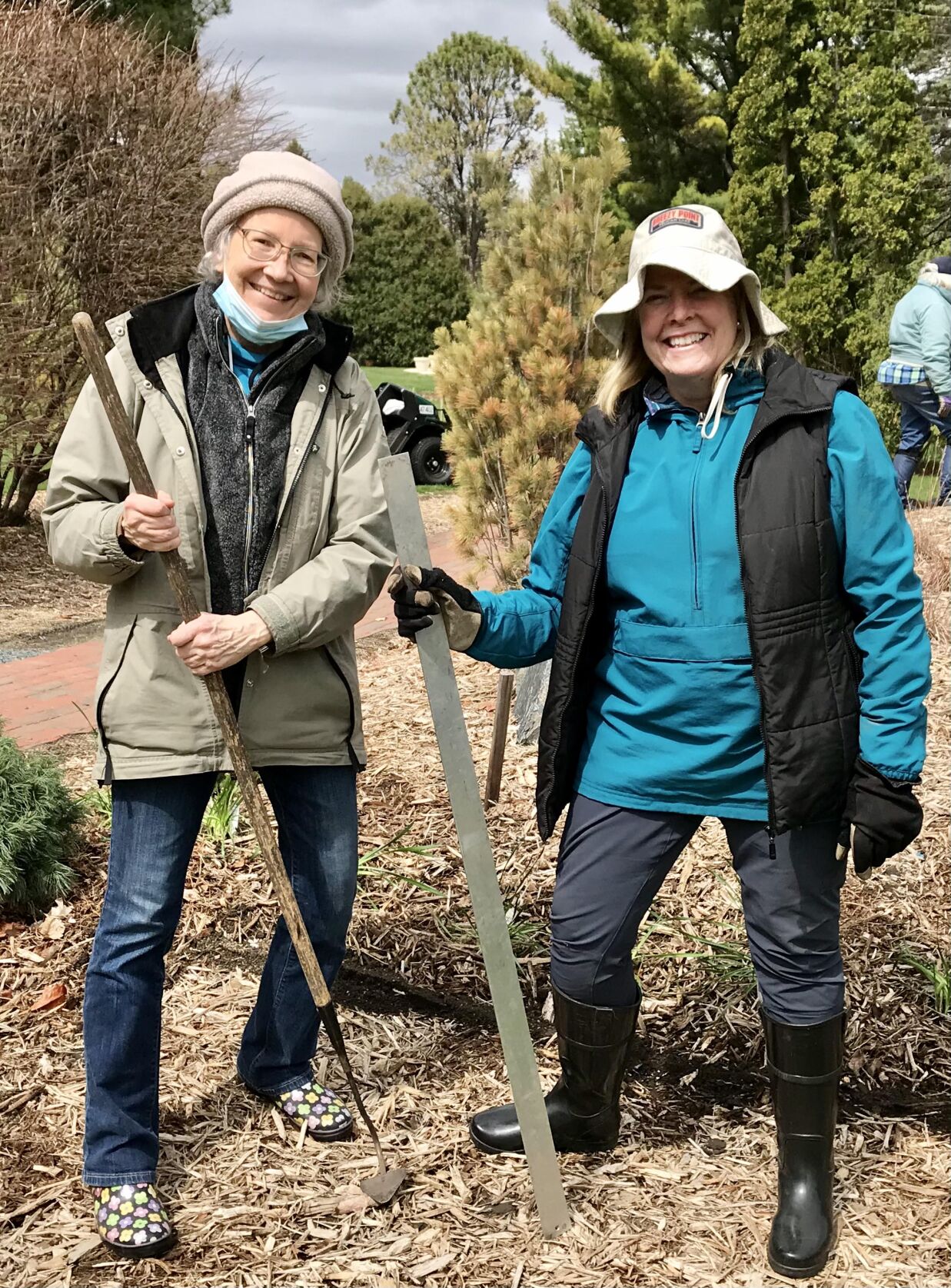 The garden, a project spearheaded by the Edina Garden Council, has seen some progress since the initiative to revamp the site physically began in 2019. And during the upcoming year, the council is planning to add more key installments, including a shade-protecting pergola, several benches to withstand the weather, and additional trees, shrubs and perennials meant to add a sense of contentment.

And already, the council’s members have planted hundreds of perennials over the past few weeks. These are plants that the council members grew themselves out of the greenhouse located at Arneson Acres Park. They’re planning to plant hundreds more, too, including pastel-purple allium, pastel-yellow coreopsis and white gypsophila.

The Edina Garden Council, a nonprofit organization based out of Arneson Acres Park and consisting of individual garden clubs, began conversations in 2016 about wanting to revamp the Memory Garden at the site. Located in the southern section of the park, the Memory Garden had diseased pine trees, overgrown bushes and weathered benches.

The project to re-create the garden, now named Tranquility Garden, garnered the approval of the council’s members, with construction being overseen by the city of Edina. In 2017, the design contract and a $14,000 donation to the garden was approved by the Parks and Recreation Board and Edina City Council, according to a presentation by the Edina Garden Council. In addition to the pergola, benches and other greenery, plans also included a swing bench in an arbor, stone boulders and a stone seat wall.

The city later ended up donating these boulders to the project, said Karen Platt, co-chair for the Tranquility Garden Committee on the Edina Garden Council.

Refurbishing the garden was meant to better allow residents a “restful, peaceful place where you feel secure,” Platt said.

Additionally, the other co-chair, Liz Genovese, said that due to the garden’s popularity for special celebration photos, the garden needed the update to “create a nice space that would allow for some of these activities.”

The second phase of the Tranquility Garden was completed in 2020. In total, the Edina Garden Council has invested more than $100,000 in the project, Genovese said in an email. So far, the stone seat wall, some perennials, trees and shrubs, some landscaping and brick pavers have been installed.

Eighty percent of the funds for the garden come from the Edina Garden Council and its sales from the annual plant sale, Platt said. The rest comes from donations or grants.

The council is hosting its annual plant sale May 7-8. Genovese said the money raised from this sale will help fund the garden’s hopeful next installments within the next year, including brick paver edging, signage, 13 arborvitae trees and some other wishlist items. And they’re hoping to add the swing bench in an arbor at a later date.

By fall of 2022, the Edina Garden Council hopes that most of the construction and planting will be complete, Genovese said. They are also looking to have a community celebration to dedicate and inaugurate the park at that time. People can visit the garden now, but the seat wall is the only sitting area currently installed. The new benches are expected to be added by early summer, Genovese added. The pergola is currently under construction, too.

The trees, shrubs and plants recently planted are still young and short, but the garden bed has been gradually filling up, Platt said. Spring flowers now include baby forsythia shrubs and cherry trees, she added.

Genovese said that by mid to late May, fringe trees, Japanese lilac and northern pearl will likely be blooming.

It’s important to note, she added, that the garden wasn’t created for the Edina Garden Council’s benefit. Instead, “it would be for the community and just an integral part of Edina’s Arneson Acres Park,” she said.