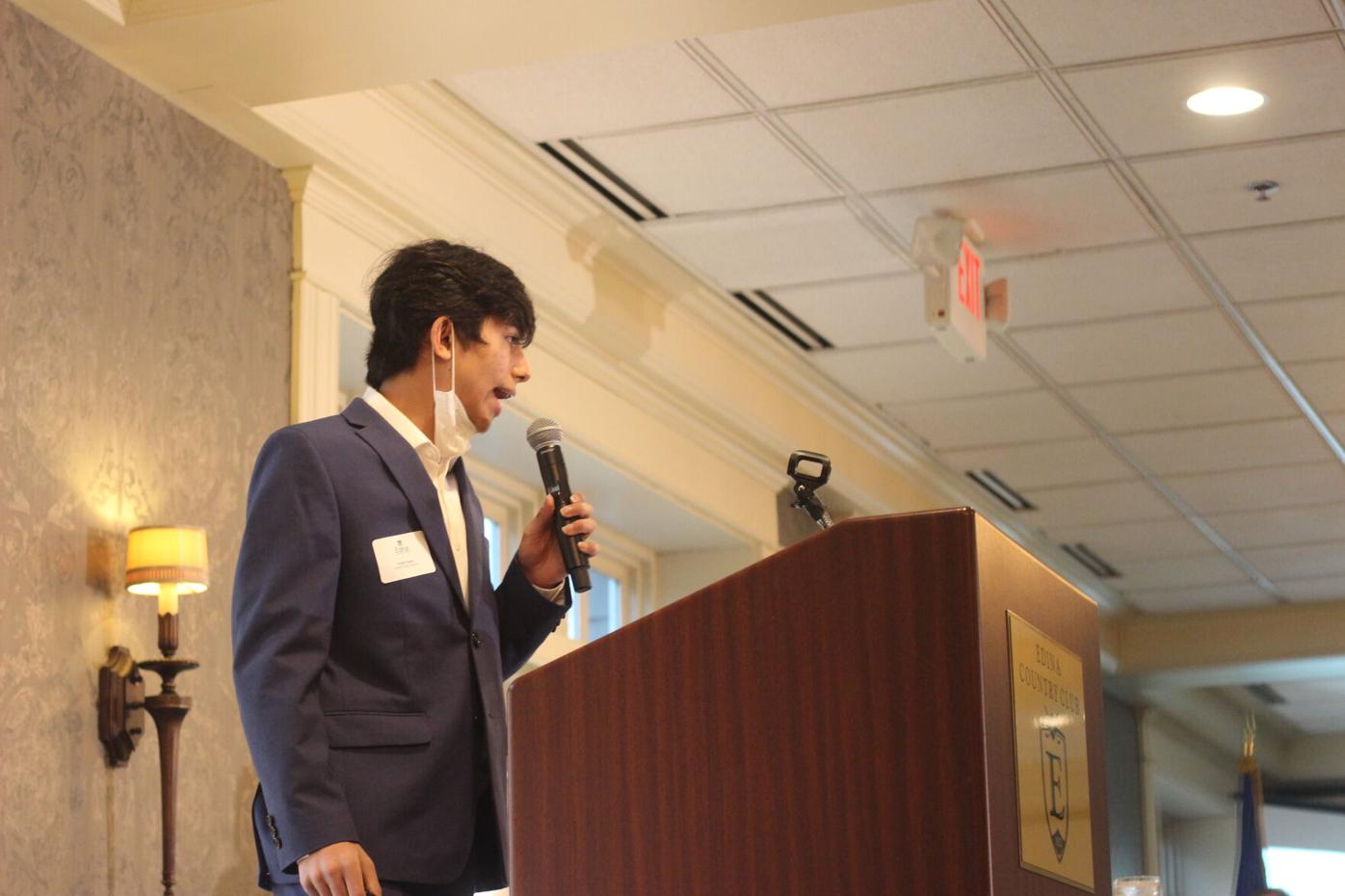 Vishal Dasani stands before the “sharks” with his business idea, the Ploutos Investment App, which is supposed to improve investing for a younger generation. (Sun Current staff photo Caitlin Anderson) 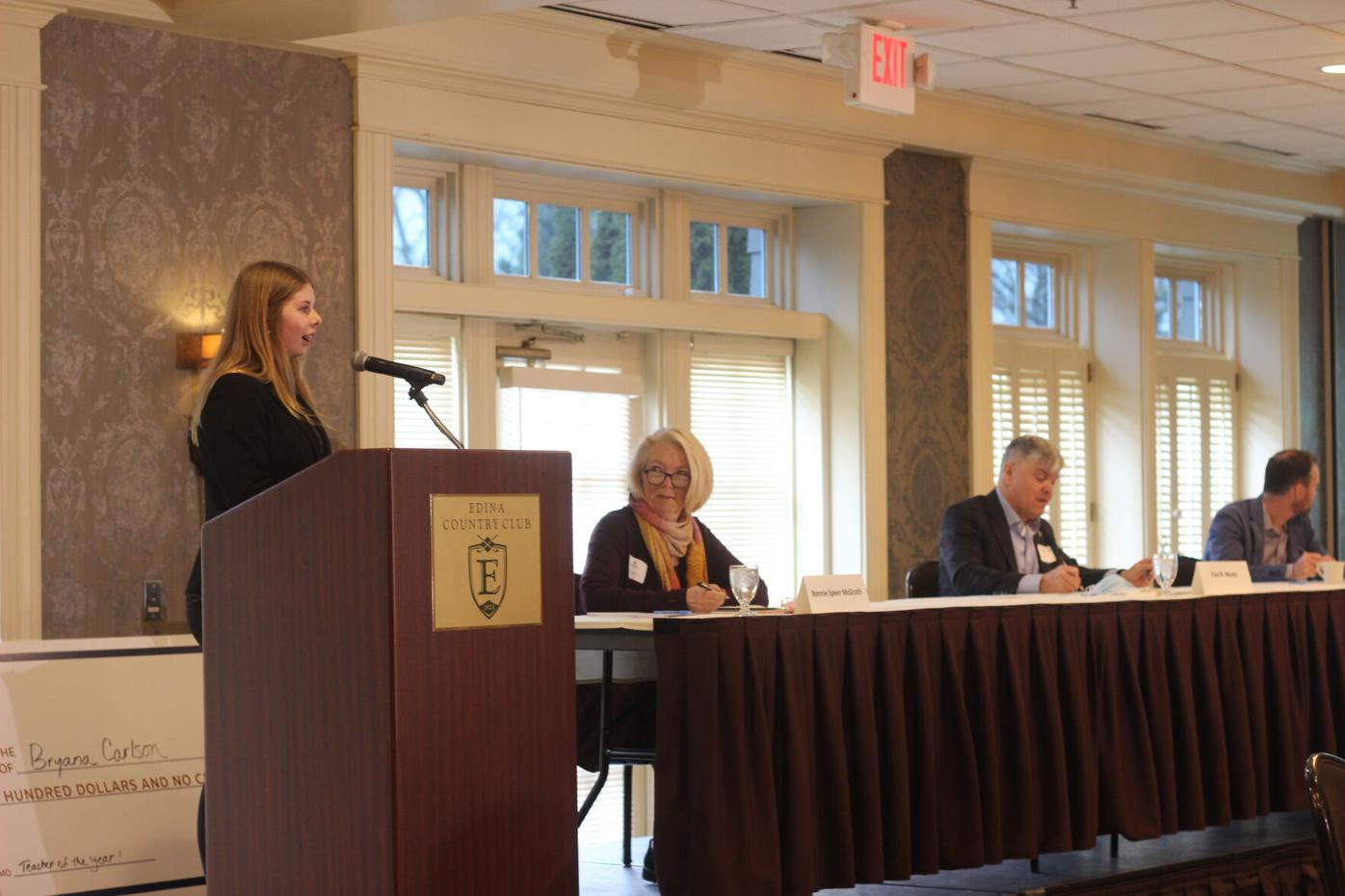 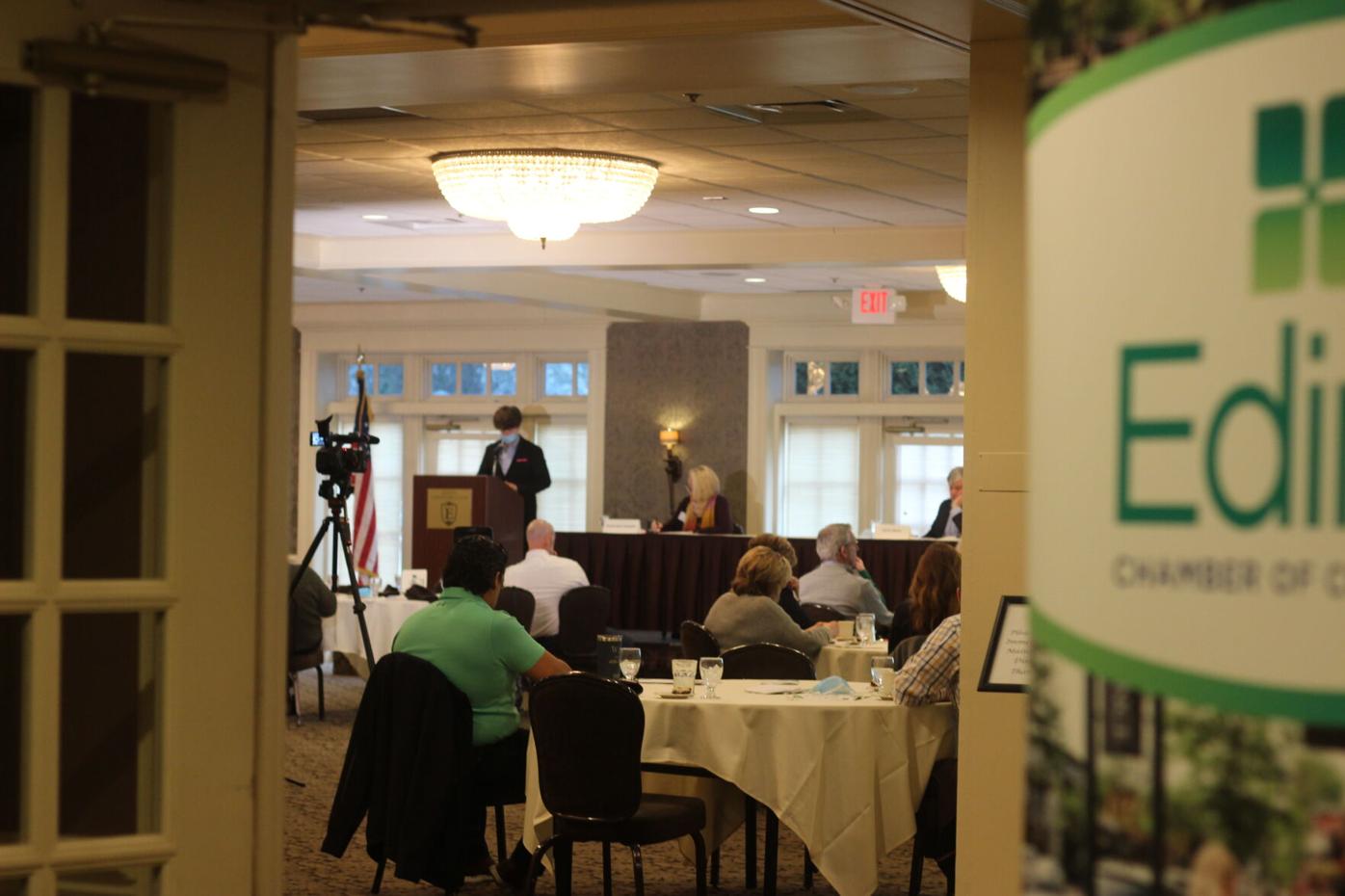 Vishal Dasani stands before the “sharks” with his business idea, the Ploutos Investment App, which is supposed to improve investing for a younger generation. (Sun Current staff photo Caitlin Anderson)

In an event hosted by the Edina Chamber of Commerce April 14, three Edina High School students presented their ideas for new businesses to “sharks,” a cue toward ABC’s hit television show, “Shark Tank.”

During the event, each of the three young entrepreneurs had to present their business proposal to three ‘sharks,’ who are local business executives. Unlike the television show, which has each “shark” invest their own money, this occasion awarded the winning student with $500. The two runner-ups got $100 each. The Chamber provided these funds from event proceeds.

The students, who are part of the student business association DECA, included Vishal Dasani, of Ploutos Investment App; Elodie Jones, of Bodiecelli; and Robbie Smith, of Edina Boys Lawncare. Jones won the competition.