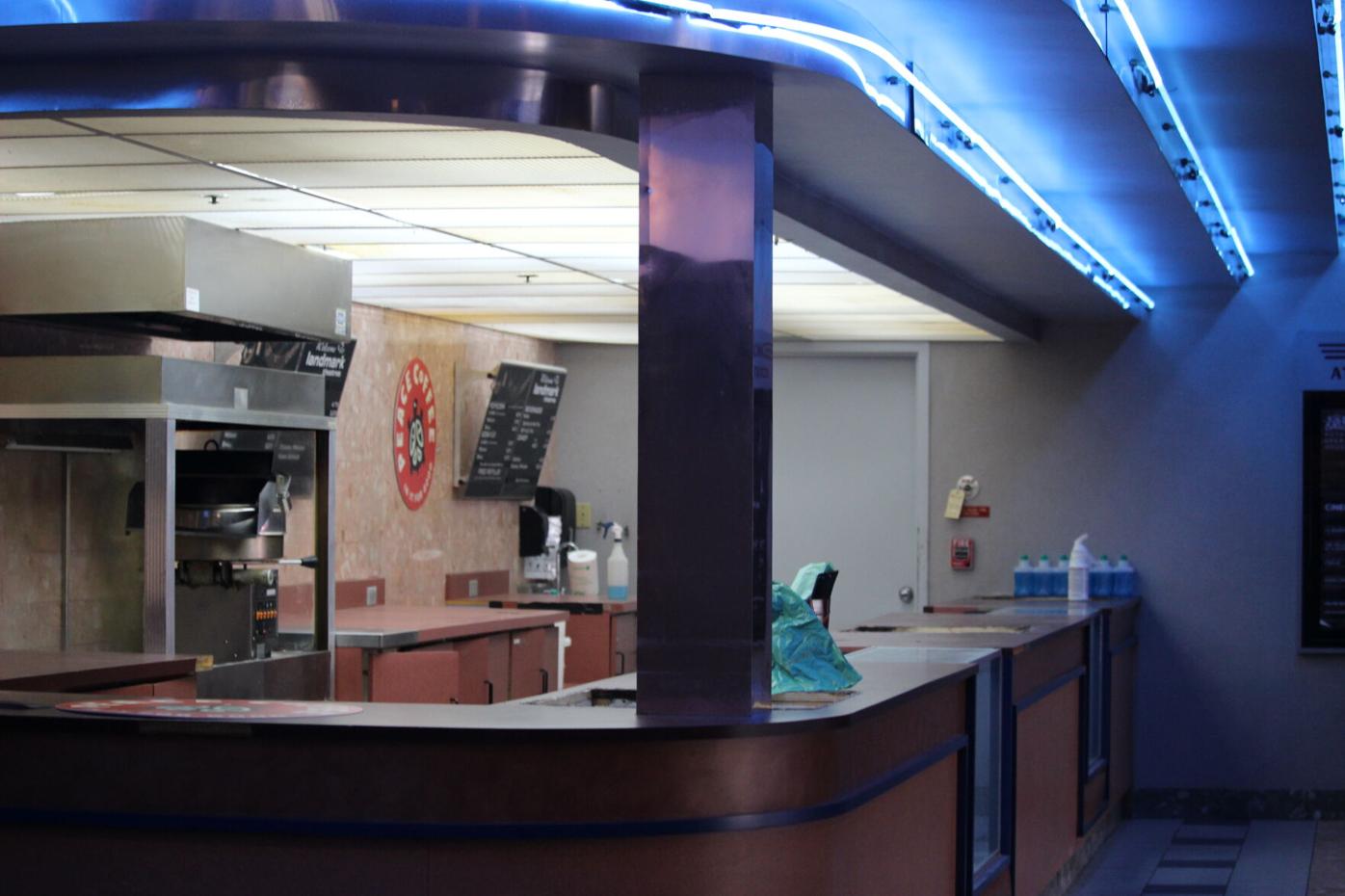 The Edina Cinema, pictured Oct. 15, closed at the start of the pandemic in early 2020. Since then, the theater has remained relatively untouched, except for when its former operator, Landmark Theatres, took much of its equipment out earlier this year. (Sun Current staff photo by Caitlin Anderson) 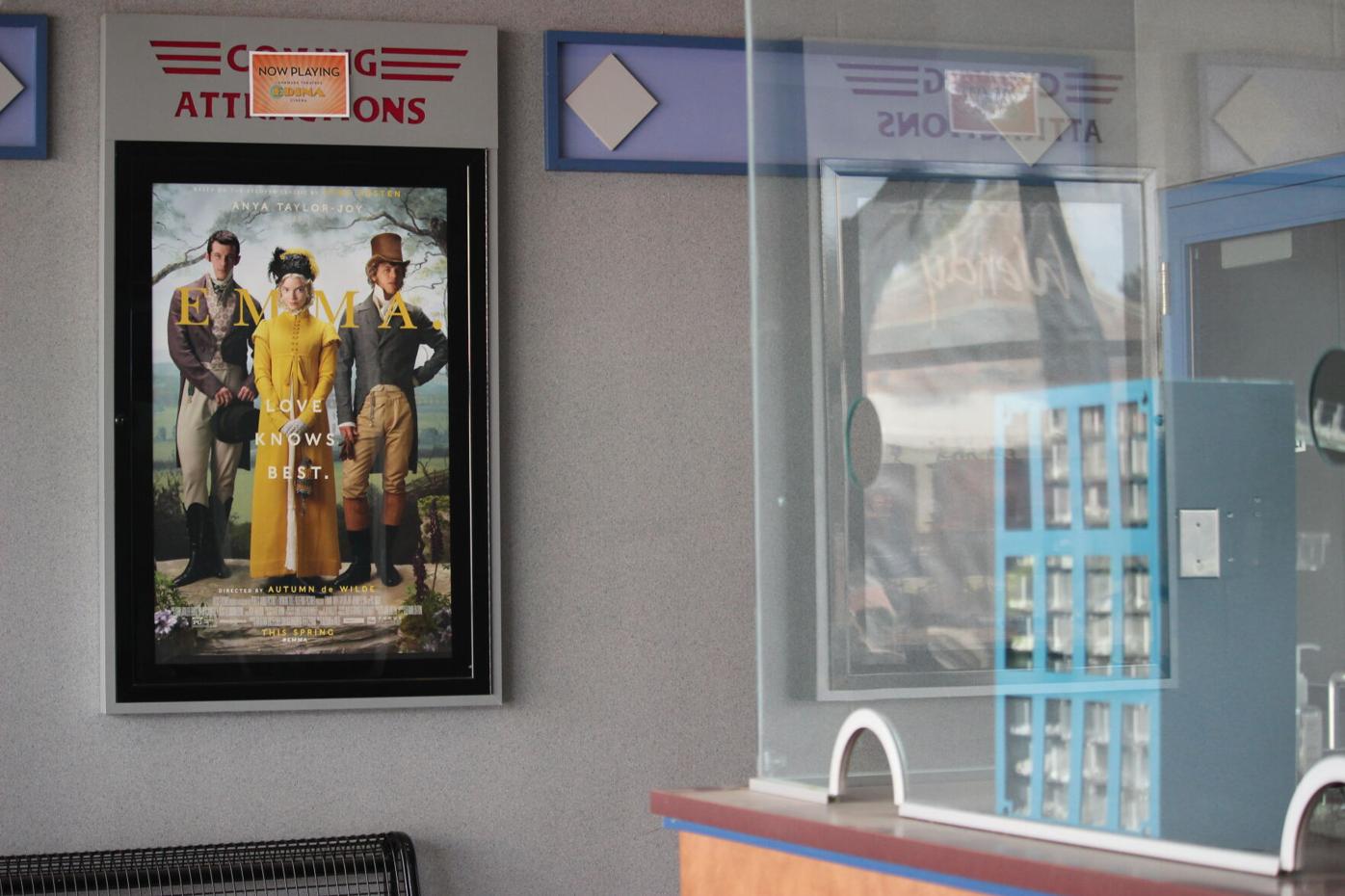 Movie posters from the start of the COVID-19 pandemic remain up, as of Oct. 15. (Sun Current staff photo by Caitlin Anderson) 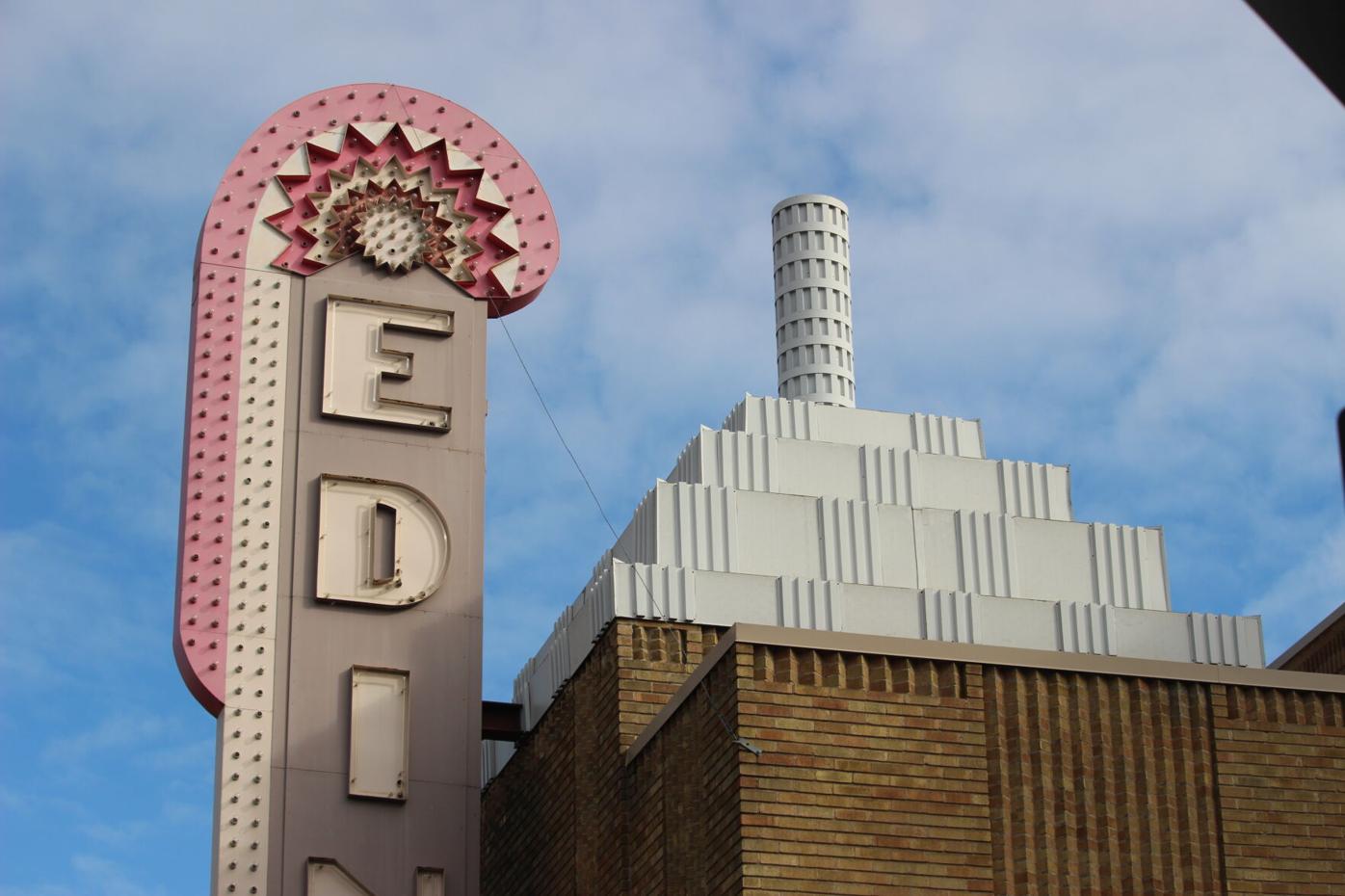 Edina Cinema may be getting a new operator, Mann Theatres, after its owner announced the Edina theater’s indefinite closing earlier this year. (Sun Current staff photo by Caitlin Anderson) 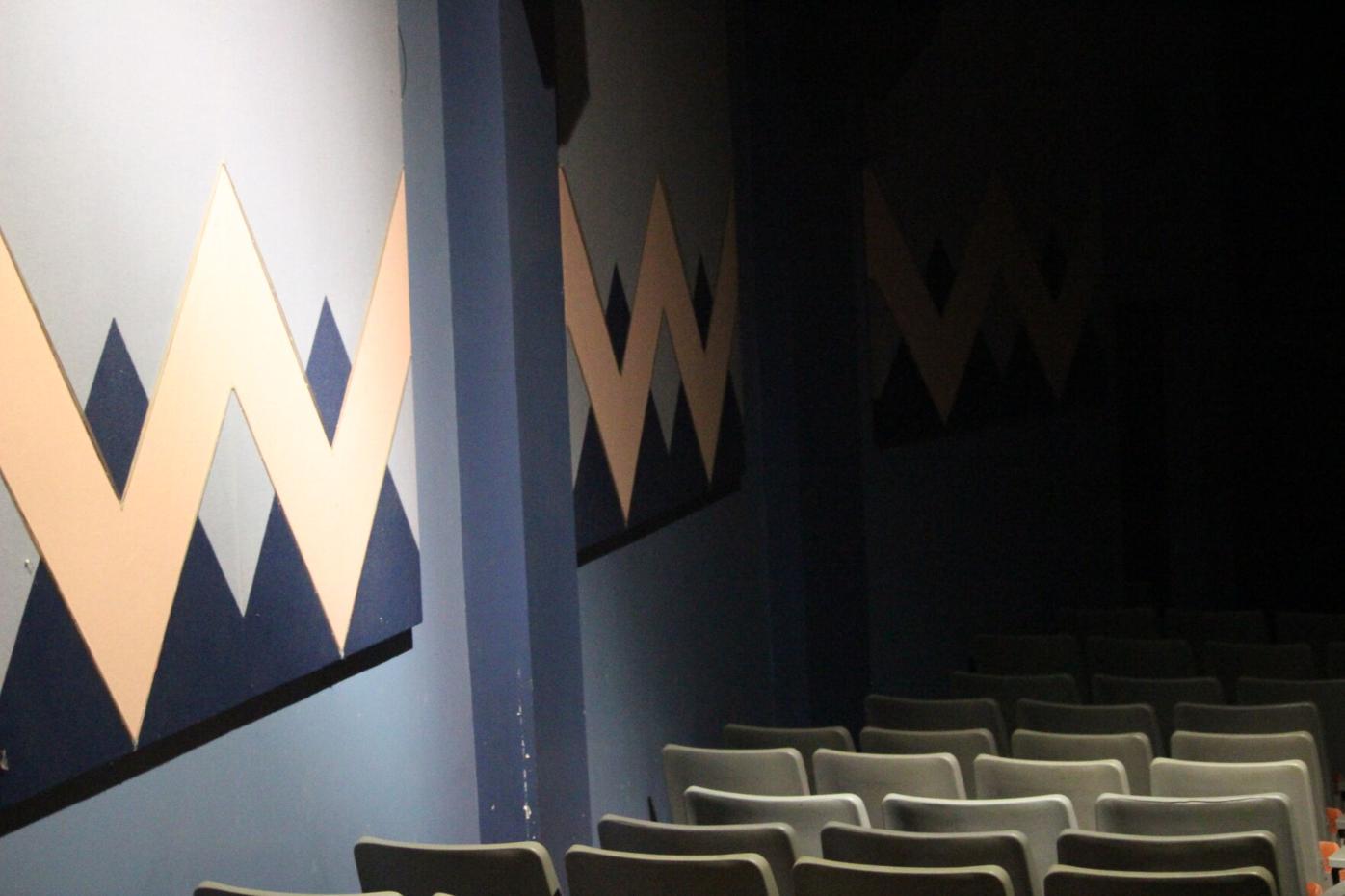 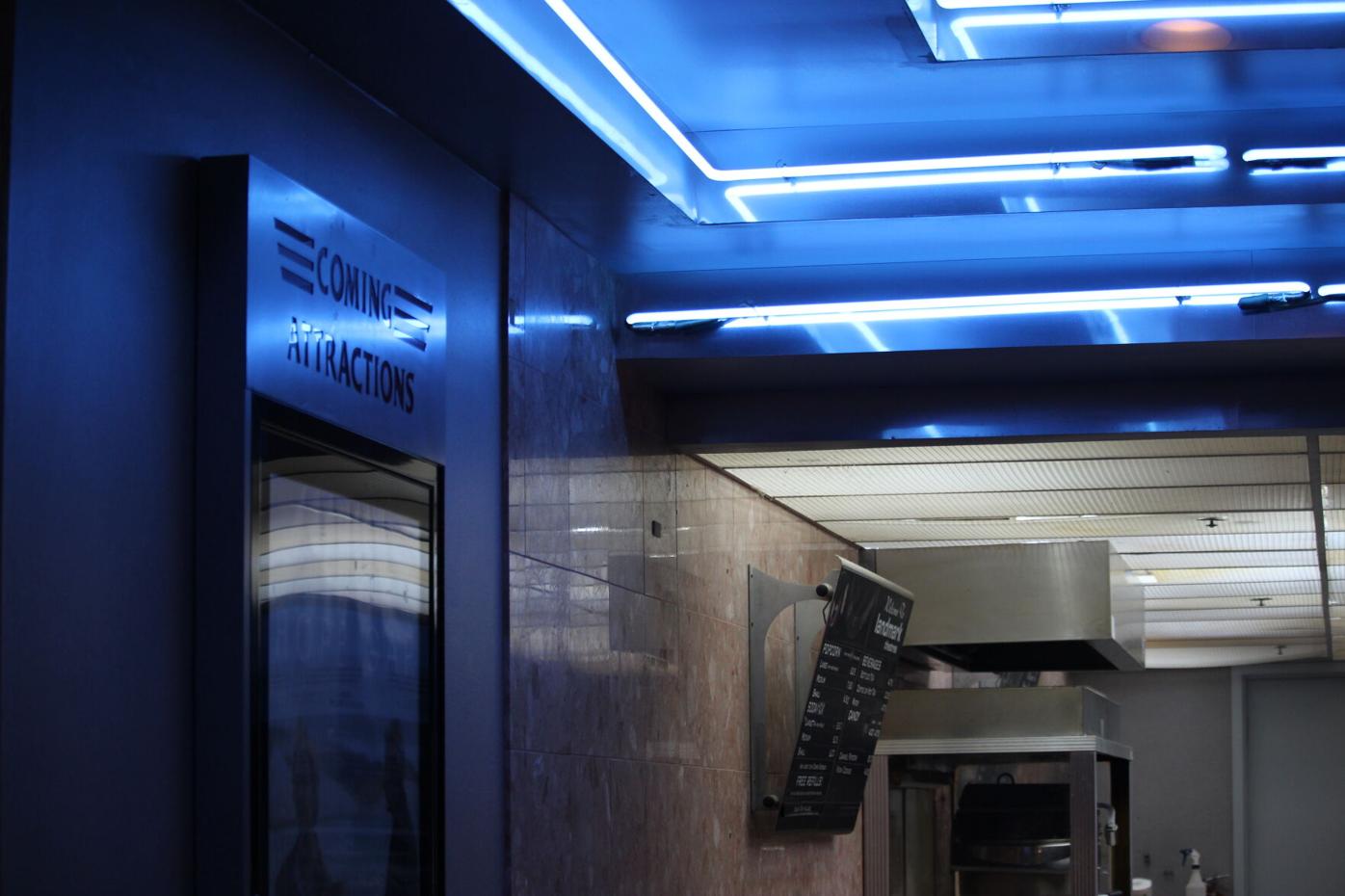 Mann Theatres, a longtime, family-operated theater company, is positioned to take over the historic Edina Cinema, which was in peril from the COVID-19 pandemic.

The 1930s-era theater, located at 50th & France, has been closed since the start of the pandemic in spring of 2020. Its operator at the time, Landmark Theatres, left the theater earlier this year, prompting the owner to announce the indefinite closure of the theater.

Now, after a months-long search for a new operator with several showing interest in taking over the theater, owner Suzanne Haugland has found one that is willing to put in renovation and improvement work to revive the theater, granted it has the help of the city of Edina.

“We want to make people feel like they want to come out and have an experience,” Michelle Mann, co-owner of Mann Theatres, told the Sun Current. “We want to make this a destination for the Twin Cities.”

Last week, the Edina Housing and Redevelopment Authority considered providing a $300,000 forgivable loan to Mann Theatres to rescue the Edina theater. That request was given preliminary approval at the commission’s regular meeting Oct. 14. A total of $200,000 as part of the American Rescue Plan Act was also approved for the theater by the Edina City Council in September.

“The fact that the city is working with us, … it helps,” Haugland told the Sun Current.

The loan will be forgiven if the theater remains open for at least six years after the re-open date, city documents said.

The theater, built in 1934, was renovated to its current form in 1988, according to Landmark’s description of the theater. Its recognizable sign, a retro marquee prominently displaying “Edina,” was deemed a historically significant architectural feature by the Edina Heritage Preservation Board in 2002.

When Landmark Theatres left the theater earlier this year – an action attributed to the economic disruptions of COVID-19 pandemic – it took much of its equipment with it, according to city documents. As a result, substantial renovations were deemed necessary before the theater could re-open – an estimated cost of $1.5 million, the documents said.

Without help from the city, the owner and prospective operator, Mann Theatres, would be unable to make the investment into the theater, city documents said. Support by the city would “retain a destination for residents and other customers who support other nearby businesses,” the documents noted.

“The movie theater industry has never been so shaky. And it is a risk,” Michelle Mann said. She owns Mann Theatres along with her father Steve, and brother Michael. They have been in conversations with Haugland for a little more than five months, Michelle Mann noted.

Steve Mann told commissioners at the HRA meeting that the theater industry was hit hard during the pandemic. “What this theater needs, in our opinion, is a complete makeover.”

Mann Theatres, which was founded by the Mann family in 1935, operates several locations, including in St. Paul, Champlin and Plymouth. The company has entered into an agreement with a city, St. Paul, before, Steve Mann told the HRA.

The Edina theater’s reputation for showing independent films will continue, with commercial movies also added to the mix of options, Michelle Mann noted.

The prospective operator would also provide an affordable rent price for community groups that may want to host an event at the theater, including local film festivals, she said.

To renovate the theater, needed updates encompass concession areas, lobbies, toilets, the 1980s-era auditoriums and dated audio and video equipment. The historic sign would also need to be repaired. New luxury recliners would replace the seats in the four-screen theater, too.

A new bar on the second level of the theater would also be featured – with a look similar to The Gold Room from the movie, “The Shining,” Mann said. “We’re going to go all out,” she said.

If all goes according to plan, including contractual agreements between the owner and prospective operator as well as with the city, an anticipated re-open date would be in the first quarter of 2022, Mann said.

“(I was) so grateful for the opportunity that the city sees what we see. And that this is going to be such an exciting time for the city of Edina to get their theater back,” she said. “So we’re truly really grateful.”

At the Housing and Redevelopment meeting Oct. 14, Chair Jim Hovland said he has received several emails from the community asking for ways to keep the theater afloat. “It’s going to be a wonderful asset again for our community,” he said.

Commissioner Carolyn Jackson asked about the city’s authority to provide aid to a private entity. A business subsidy would be allowed through state statute for the forgivable loan, permitting funds for physical improvements, City Attorney David Kendall responded.

Haugland said she’s hopeful about an anticipated reopening of the theater. “It’s special for everybody in the community.”