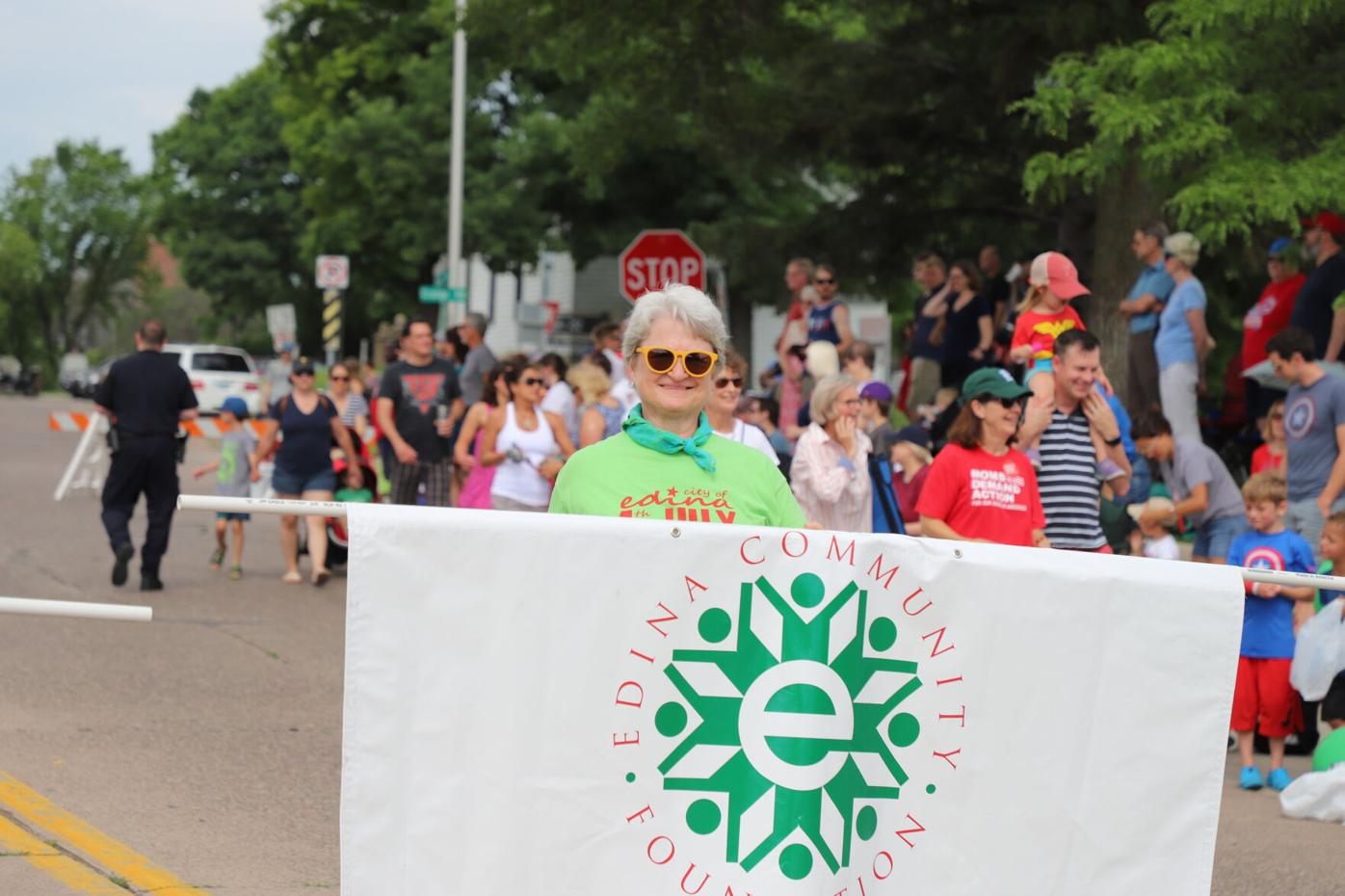 Mary Brindle, who sat on the Edina City Council from 2009 to 2020, holds an Edina Community Foundation sign at a past Edina Fourth of July Parade. Prior to being on the council, Brindle had helped plan the parade since 1998. When she left the council at the end of last year, she decided to get involved again. (Photo courtesy city of Edina) 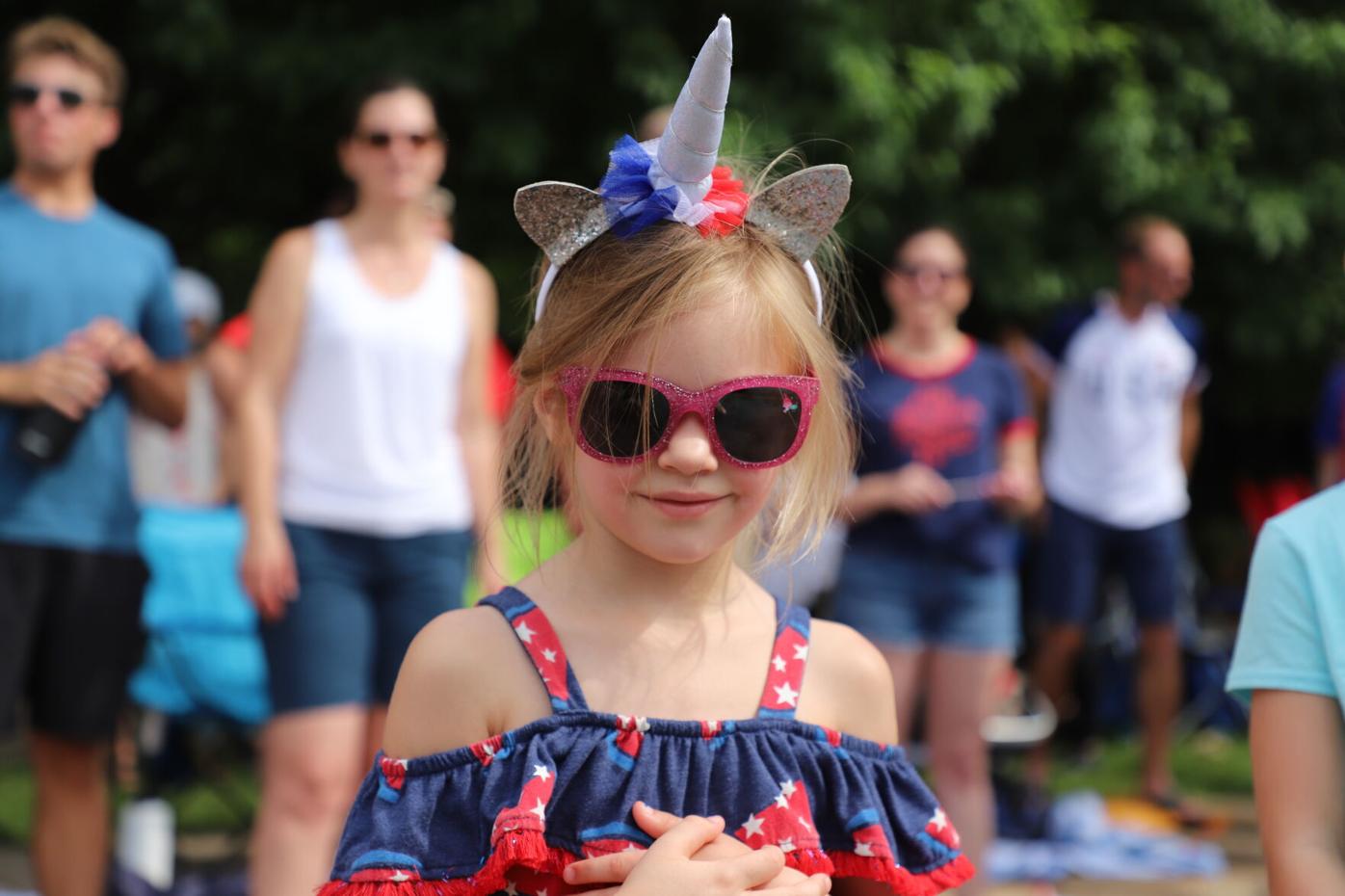 A girl attends a past Edina Fourth of July Parade. (Photo courtesy city of Edina)

Mary Brindle, who sat on the Edina City Council from 2009 to 2020, holds an Edina Community Foundation sign at a past Edina Fourth of July Parade. Prior to being on the council, Brindle had helped plan the parade since 1998. When she left the council at the end of last year, she decided to get involved again. (Photo courtesy city of Edina)

A girl attends a past Edina Fourth of July Parade. (Photo courtesy city of Edina)

Edina’s annual Fourth of July Parade, which was canceled last year due to the pandemic, is back on for 2021.

The parade, which is set to take place July 3 this year, will feature many of its traditional festivities, entertainment and floats, following months of planning by Edina’s Fourth of July Committee. The committee ultimately chose to move forward with plans for the parade following newest guidance on COVID-19 transmission and masking from the Centers for Disease Control and Gov. Tim Walz.

The Edina Community Foundation puts on the parade as it initiates the planning for it, secures funding from sponsors and pays for entertainers and other vendors. It also works to partner with the city of Edina.

The theme of this year’s parade is “Coming Together,” in reference to people uniting after a year’s worth of dealing with the pandemic, said Mark Sifferlin, chair of the parade committee. The parade’s grand marshals will be local health care workers and representatives from local businesses.

The hour-long parade will highlight veterans, marching bands, horses, musicians, floats, clowns and more, the parade’s website said. Or, as former City Councilmember Mary Brindle puts it, a person’s “favorite part of the parade” will be there, she said. Brindle is in charge of entertainment for the parade committee.

The parade committee began planning for the event at the beginning of the year and would meet monthly on Zoom, Sifferlin said. To get the parade together, the committee facilitated meetings of subcommittees on entertainment, veterans, safety and more, and regularly communicated with the foundation and city staff, he noted.

“The committee is a very dedicated and very enthusiastic group of people,” Sifferlin said.

This year is Sifferlin’s first as chair of the parade committee after he was supposed to lead last year’s parade before it was canceled. The committee ended up hosting a virtual parade and giving out “neighborhood parade kits,” which contained candy, flags and supplies for kids to decorate bikes with, Sifferlin said.

Prior to the CDC announcement on masking and the loosening of restrictions by Gov. Walz earlier this month, the committee was still unsure if the parade would go on in its usual form, Sifferlin said. Possible plans included another virtual parade, new parade kits or perhaps, a drive-by event, he noted.

But after new guidance was released, the committee decided that the parade could go forward. Sifferlin said it seemed like “Okay, here we go. … Now we can execute.”

The parade has been an annual event since 1988, Edina’s centennial year.

Brindle said she “held out hope that the parade would happen in some fashion.”

The parade is set to begin 10 a.m. behind Edina City Hall, 4801 50th St. W. The parade website estimates 20,000 people will attend the parade, so organizers recommend that spectators arrive early. The parade will also be broadcast live on the city’s Facebook page.

While participants will likely not be asked to mask up, Sifferlin said that at this year’s parade, people should still feel welcome to wear one if they would feel more comfortable doing so.

Parade organizers are still in search of participants, a foundation spokesperson said. Businesses, community organizations or political candidates interested in participating should apply by June 1 at edinaparade.org.

Fireworks at Rosland Park are still tentative. For updated information, go to edinaparade.org.