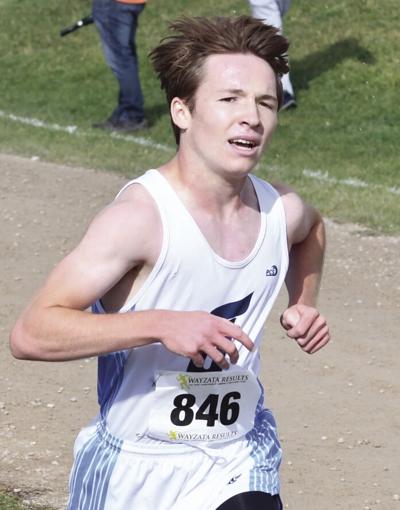 Jefferson boys cross country was in search of its first conference title since back-to-back championships in 1983 and 1984 when the team stepped to the line at Gale Woods Farms Oct. 8 for the Metro West Conference Championships.

One week earlier the Jaguars clipped Chanhassen for the jamboree meet, a precursor to the final regular season meet of the season.

This time, Chanhassen did enough to stay ahead of the Jaguars by three points, 34-39 while third-place Chaska tallied 70 points and Kennedy was sixth with 175 points.

Jefferson’s five point-scorers finished among the top 12 times led by sophomore Adam Lueth’s fourth-place time of 17 minutes, 27.52 seconds and junior Zach Studdiford ran a tremendous race to cut nearly 25 seconds off his time from the jamboree to place sixth overall in 17:36.53 followed by junior Mason Young eighth overall in 17:40.90, senior Zachary Skinner was ninth overall in 17:42.63 and senior Joe Gathje was 12th overall in 17:43.06.

In the girls race, St. Louis Park beat out Chanhassen by 16 points while Jefferson garnered third place with 54 points and Kennedy was fifth with 136 points.

Kennedy eighth-grader Gwen Vogt was 18th overall in 21:37.51 to lead the team followed by senior Brayden Hill who was 23rd in 22:14.56, sophomore Katrina Wrase was 31st, junior Mari Podas was 35th overall and junior Hayden Dickey was 52nd.