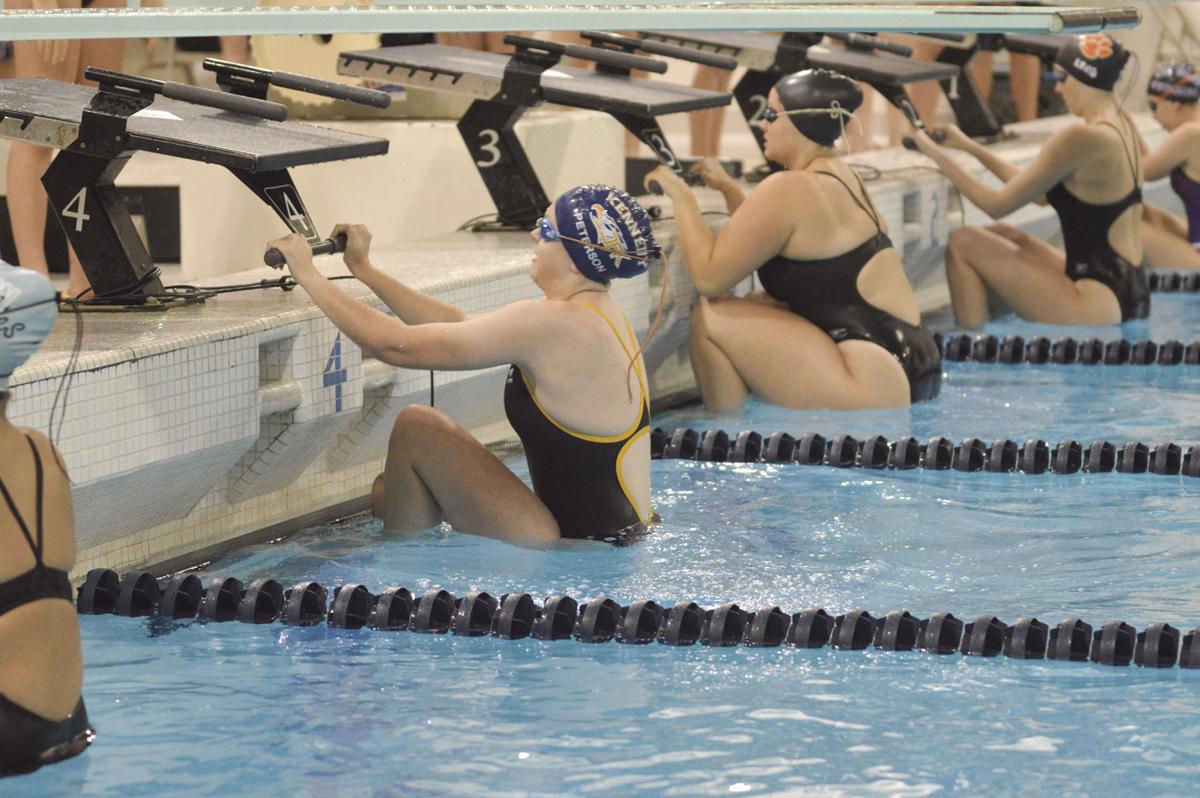 Kennedy’s Hannah Peterson, middle, prepares to leave the starting wall for the 200 medley relay at the Eagle Invite Saturday at Oak Grove Middle School. The relay finished 10th in 2:15.73. 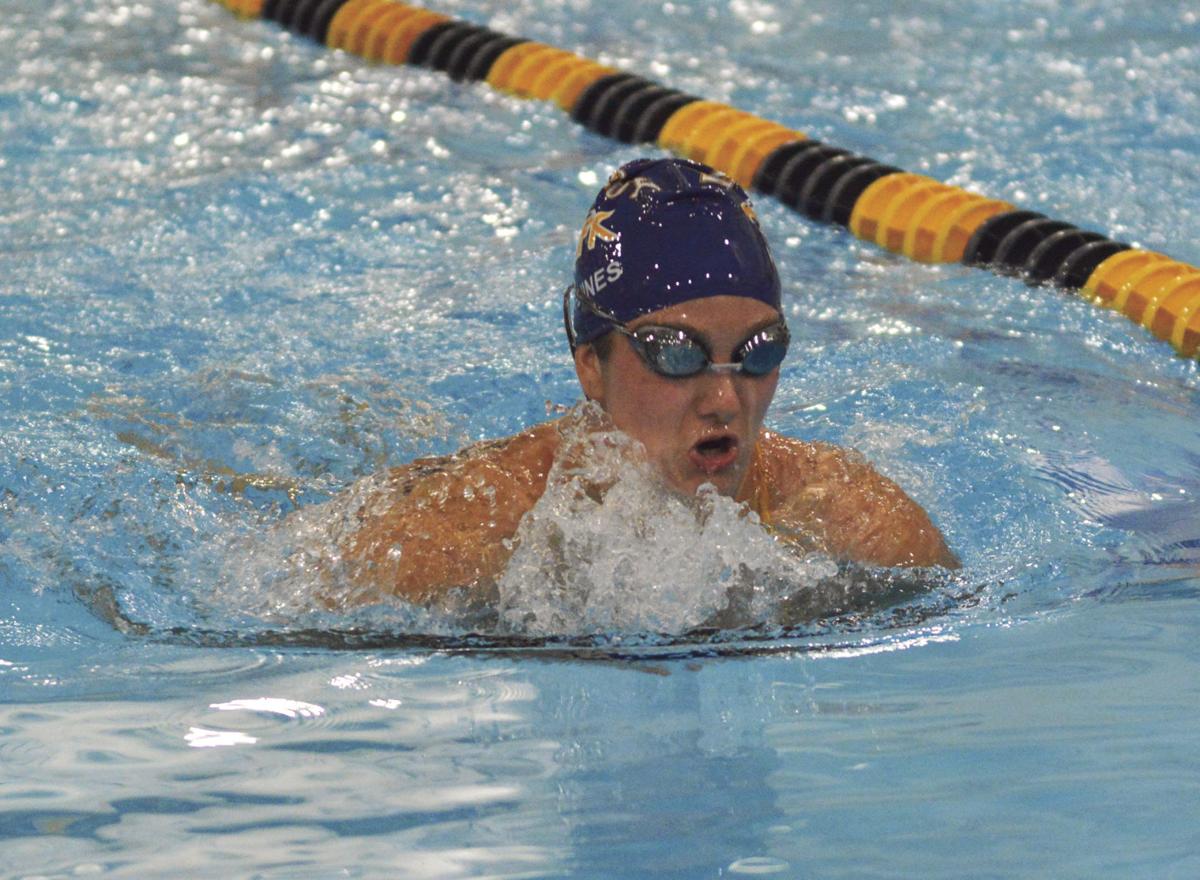 Kennedy junior Grace Hoffhines takes a breath during her leg of the 200-yard medley relay at the Eagle Invite on Saturday at Oak Grove Middle School. 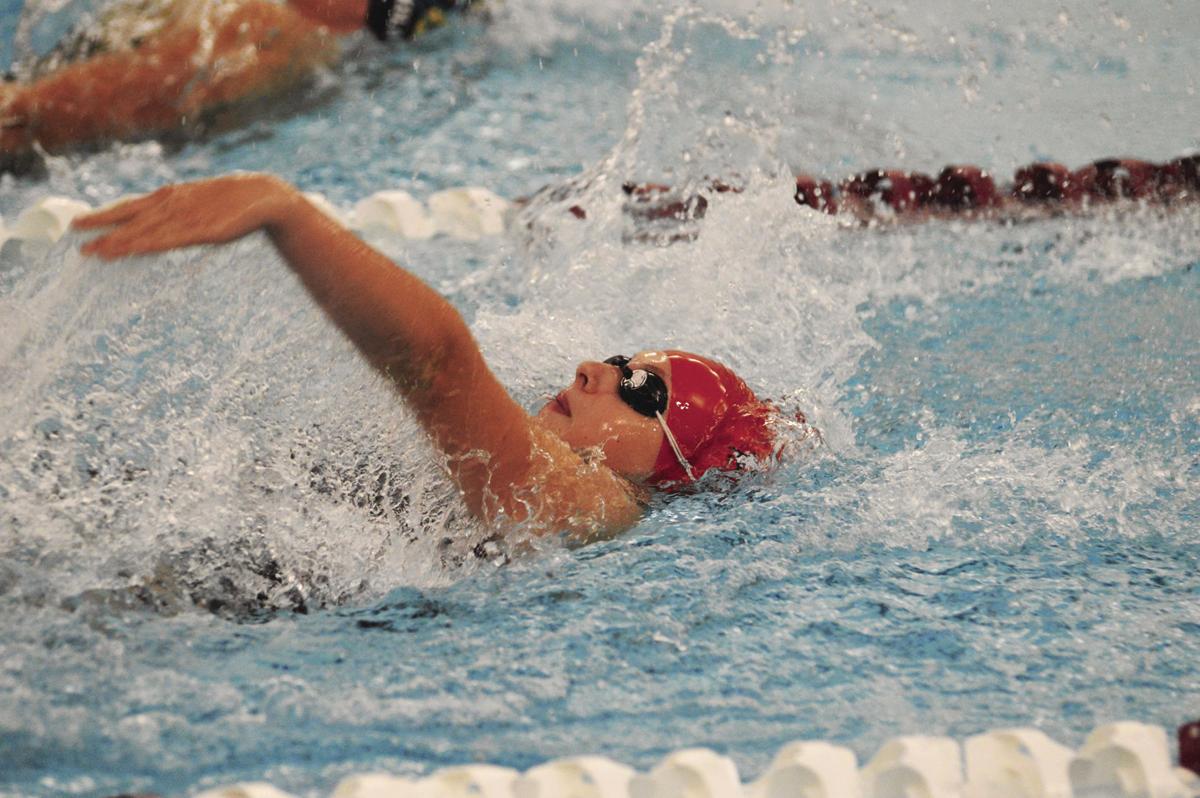 Richfield’s Clara Lybeck begins her leg of the 200 Medley Relay. She also won the 100 backstroke at Saturday’s Spartan Invite in 1:09.79. 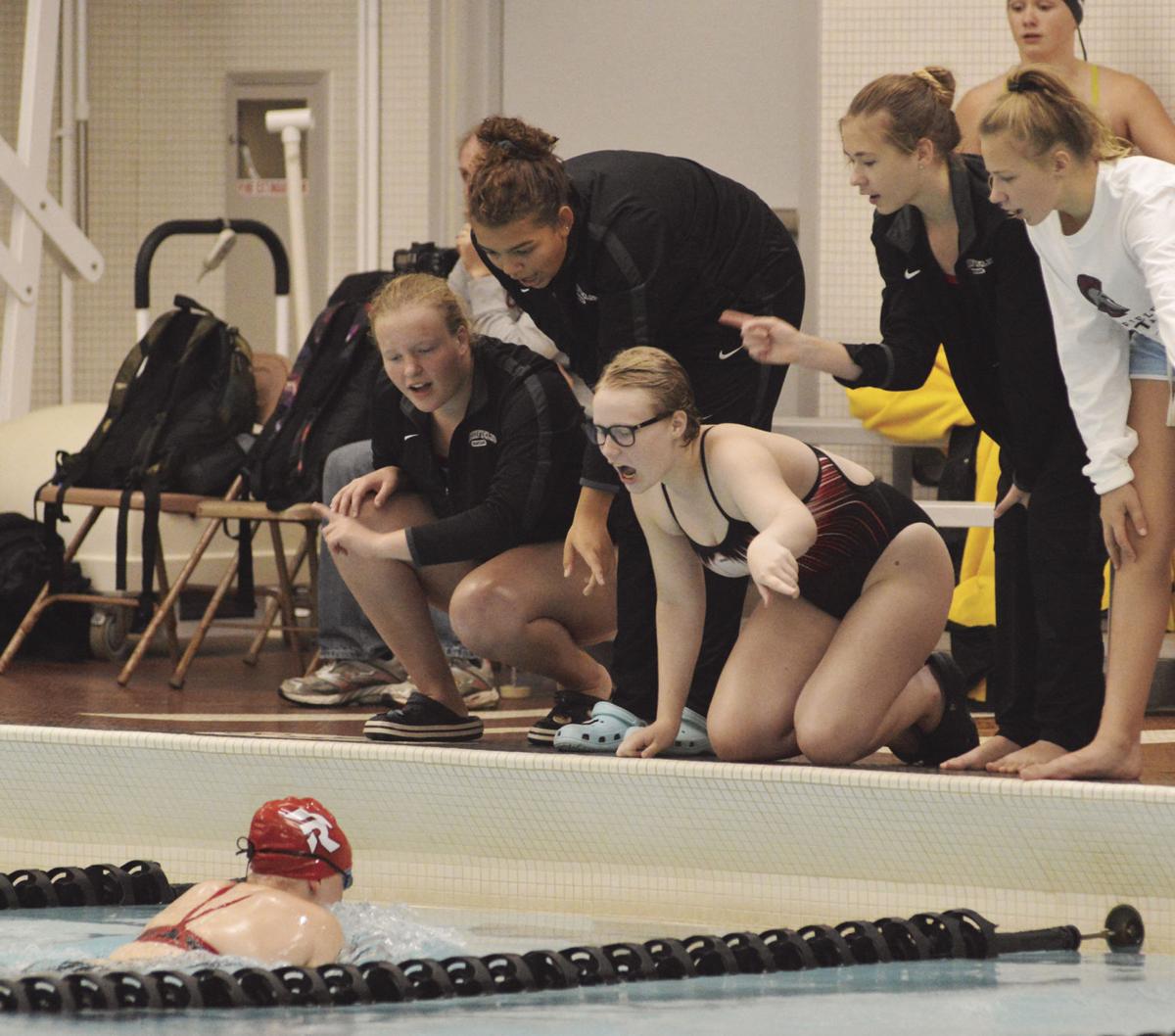 Richfield teammates cheer their teammate during the 200 Medley Relay at the Spartan Invite at Richfield Middle School on Saturday.

After spending the last 10 seasons as an assistant coach under Marc Hamren, Amy Knutson is in the midst of her first season as the Richfield girls swimming and diving head coach.

One marker of the season is the annual Spartan Invite, which is hosted at Richfield Middle School. Richfield showed a lot of speed for the early-season meet winning half of the events among the six-team field to take the team title.

“We started the year out strong,” Knutson said. “We have a fast group returning who are ready to work. They know how to have fun and stay tough throughout hard practices. The little things paid off [Saturday].”

The Spartans came up short, 96-76, against a solid Visitation squad in the first Tri-Metro Conference meet of the season, Sept. 3.

Hintermeister dominated the 200 Individual Medley and 100 breaststroke, winning the dual meet against Visitation and Spartan Invite titles in the event. She is already turning in state-qualifying times of 2:14.60 in the 200 IM and 1:07.70 in the 100 breaststroke.

The strong freestylers showed what they are capable of by winning the 200 free relay, with Emily Dzierzak, Eckerman, Burkstrand and Hintermeister in 1:44.75 and the third-place time of 1:50.20 turned in by Lybeck, Amara Ramirez, Laura Hosar and Corrina Hartman.

The meet came down to the final event, the 400-meter freestyle relay, where the Eagles trailed by one point, 85-84, and needed at least first and third places to win the dual and did just that. The foursome of eighth-grader Dakota Lueck, freshman Chloe Serbesu, sophomore Natalie Wenner and junior Hannah Peterson won the race in 4:20.34 while the team of junior Natalie Manro, sophomore Anakka Anderson, senior Midori VanAlstine and freshman Madi Perlick finished third in 4:45.57. Eau Claire’s second-place time finished in 4:40.62.

To keep pace with the Wisconsin opponents in what has historically been a fun meet, according to assistant coach Courtney Rameriez, Peterson won both the 200 IM and 100 fly, Lueck won the 200 and 500 frees, senior Jessica Graymont earned two personal best times in the 50 free and 100 free. Manro earned a crucial team win by out-touching the Eau Claire swimmer to the wall to win the 100 back.

Lozinski was injured for the Sept. 6-7 meets, making room for Manro to step up.

Saturday’s Eagle Invite featured five teams including Kennedy and Jefferson scored points in the one-meter diving event only. Farmington earned the win with 853 points ahead of runner-up Red Wing which scored 476 points and New Prague was third with 421 points. Eau Claire edged out Kennedy 196-to-183 points for fourth place.