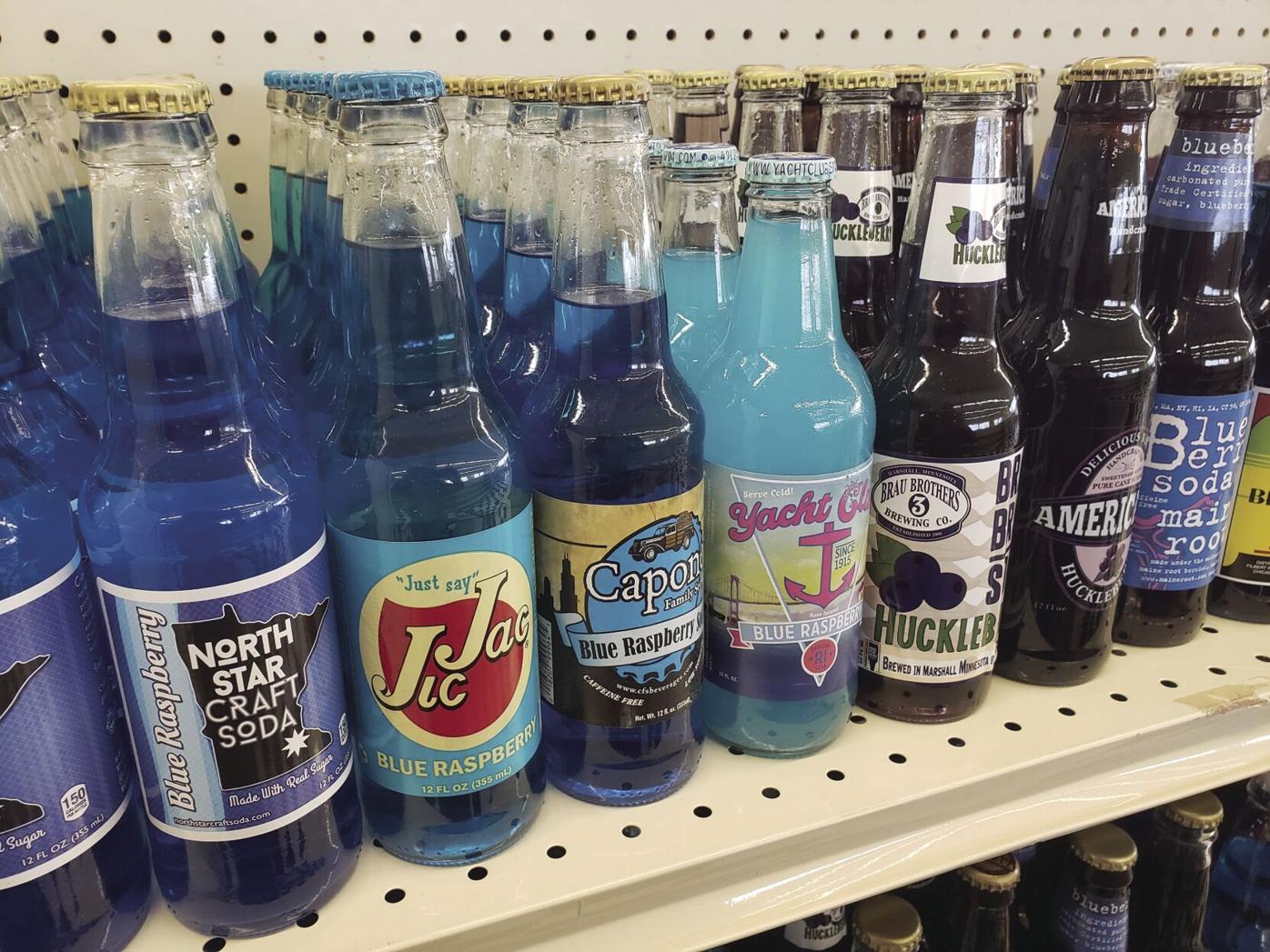 Blue raspberry sodas are one of many flavor categories that can be found inside Bloomington’s new Blue Sun Soda Shop, opening Nov. 27 at the intersection of 98th Street and Nicollet Avenue. (Sun Current staff photo by Mike Hanks) 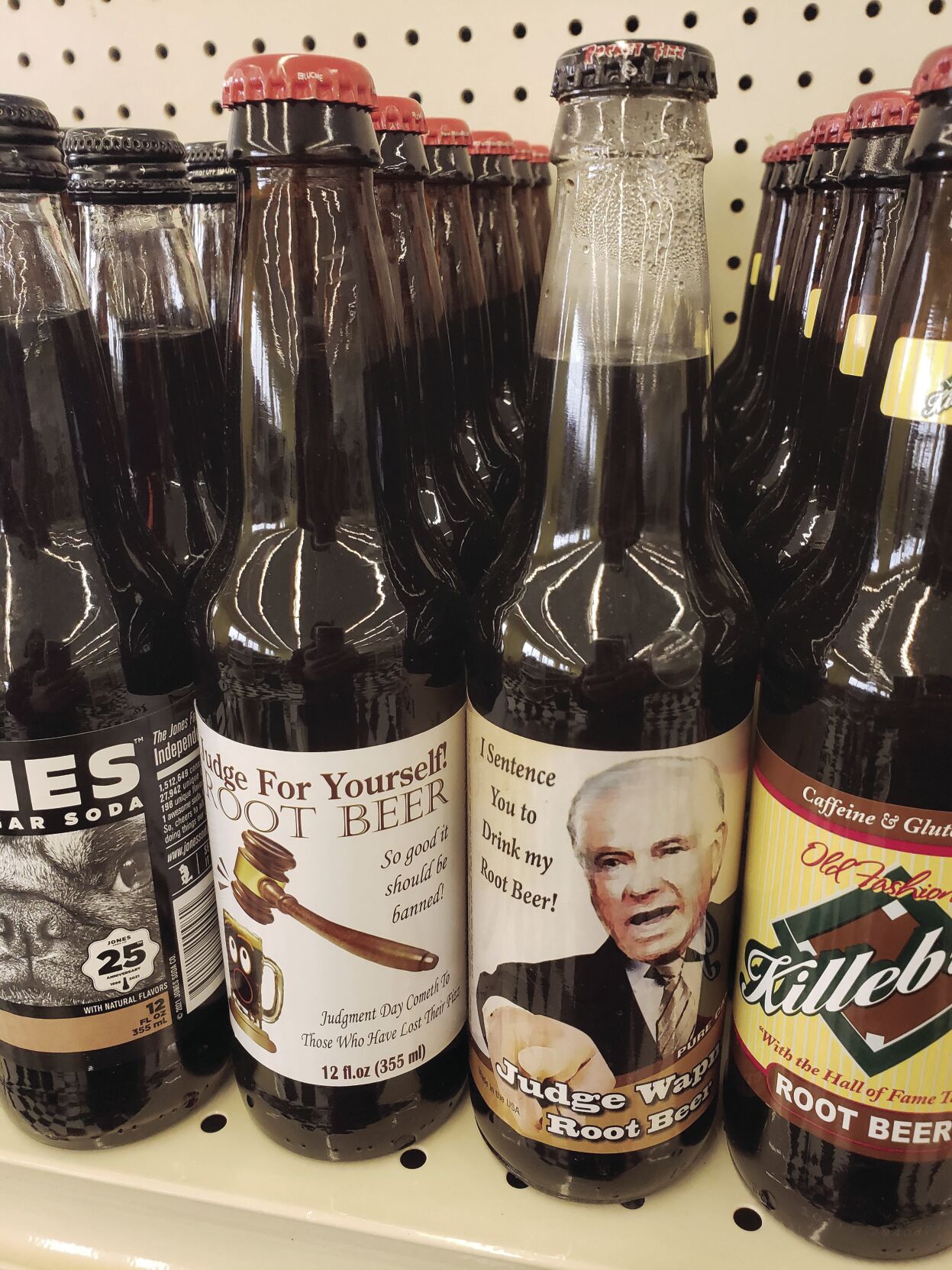 Television’s Judge Wapner died in 2017, but his memory lives on as the face of a root beer available at Blue Sun Soda Shop in Bloomington. (Sun Current staff photo by Mike Hanks) 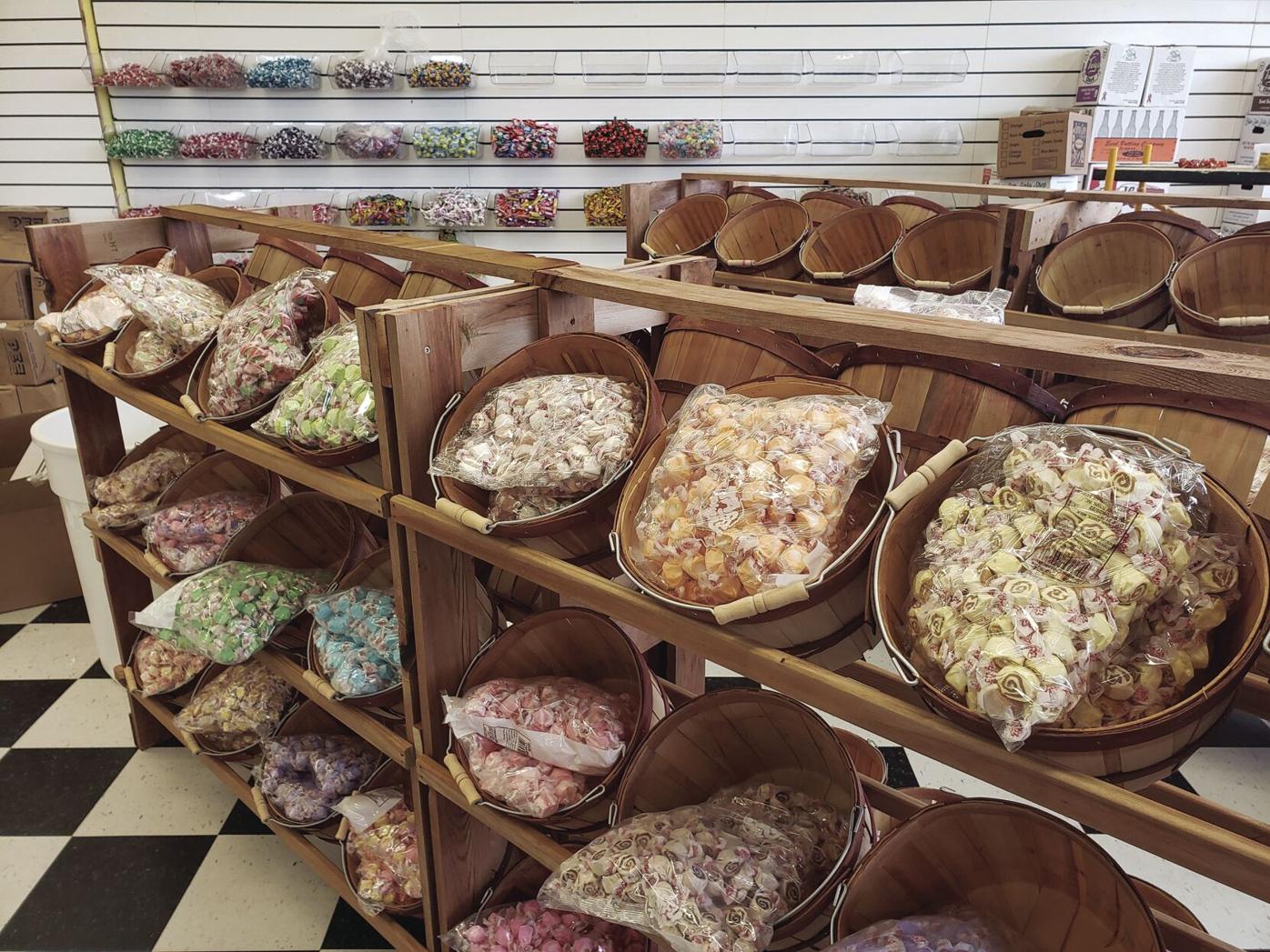 A wide array of taffy is among the specialty candies available at Blue Sun Soda Shop. (Sun Current staff photo by Mike Hanks)

Blue raspberry sodas are one of many flavor categories that can be found inside Bloomington’s new Blue Sun Soda Shop, opening Nov. 27 at the intersection of 98th Street and Nicollet Avenue. (Sun Current staff photo by Mike Hanks)

Television’s Judge Wapner died in 2017, but his memory lives on as the face of a root beer available at Blue Sun Soda Shop in Bloomington. (Sun Current staff photo by Mike Hanks)

A wide array of taffy is among the specialty candies available at Blue Sun Soda Shop. (Sun Current staff photo by Mike Hanks)

Orange, grape, blue raspberry or lemon-lime soda? They’ve got it.

Root beer and sarsaparilla? They’ve got them, too.

Orange soda with cinnamon? They have it.

Bacon and dill pickle sodas? Yes, they have those, too.

Blue Sun Soda Shop opens in Bloomington Nov. 27. The store features approximately 1,300 varieties of soda. Some hearken back to yesteryear and have stood the test of time. Others are crafted in small batches from across the United States, and beyond. And plenty are crafted and bottled by Blue Sun at its flagship store in Spring Lake Park.

“Name a flavor, we have it,” owner Mark Lazarchic said.

At 1,300 varieties of soda, Blue Sun is “the largest soda shop in the world that also sells candy,” according to Lazarchic.

The Bloomington store will be the third in the Twin Cities. Founded in 2015, Lazarchic was certain a retail store dedicated to every variety of root beer he could get his hands on was destined to fail. “I could never see a way to make it profitable,” he said.

His inspiration came from Galco’s Soda Pop Stop, a Los Angeles-area soda store that had been a traditional grocery store for decades. As small independent grocery stores were being squeezed out by large chains, the store had to find a way to distinguish itself in order to survive, and the story of Galco’s intrigued Lazarchic.

The idea festered for five years, and when Lazarchic ended up buying the retail center where he was already a tenant with another business, he found himself with a large retail space that was doing little more than serving as a temporary office. That was the impetus for setting up a specialty soda store, figuring it would generate a little revenue toward the retail center’s mortgage, he recalled last week.

The success of Blue Sun spawned a second location on Penn Avenue in Richfield. It’s impressive to those who have never been to the Spring Lake Park location, but it has less than half the selection of the flagship store. The new Bloomington location provides enough space for the full inventory, and plenty of space for an expanded candy selection, Lazarchic noted.

Soda shops are niche businesses, and Lazarchic knows just about every soda shop in the country, which gives him the confidence to proclaim his selection is the largest in the world. “Nobody has the selection we do,” he said.

Maintaining the inventory is a challenge. As often as possible, Lazarchic buys directly from the company producing the product, rather than from a distributor, as it keeps his cost down. The challenge to that is that he needs to buy many cases at a time, which is a problem if the company only produces one or two products, as it will take a while to sell through 60 cases of the same root beer, especially when there are dozens of comparable products alongside any one bottle, he explained.

“This is what I obsess about,” he said.

If there’s a product to be had, Lazarchic will do what he can to get it. “I buy everything,” he said. Sales of each product determine if he will buy the product again, he noted. Maintaining an inventory from more than 70 sources is a challenge, he added. “It’s hard to get it all at one time,” he said.

Blue Sun produces a wide array of soda in Spring Lake Park, as well, using vintage bottling equipment. Its Whistler Classic Soda is sold in returnable bottles, while the bottles of most other brands, such as North Star Craft Soda, are simply recycled. From State Fair Soda, featuring flavors such as cotton candy and kettle corn, to W.T. Heck, featuring dill pickle, spaghetti and waffles with syrup flavors, Blue Sun is responsible for about 50 different products that are available on its store shelves, according to Lazarchic.

Serenity Sodas is the product line featuring the flavor fusions, including orange and cinnamon. Lazarchic considers himself a snob, and said that flavors that are intended to have a grossness to them are indeed gross. The orange and cinnamon combination was surprisingly pleasing. He sampled the spaghetti soda, and it made him want to gag, he noted.

The flagship store includes a soda fountain and vintage coin-operated machines, things the Bloomington store won’t have. But the candy selection will feature an assortment of small candies sold by flat-rate boxes, filled buffet style by customers, according to Lazarchic.

Named in honor of the fictional Blue Sun Corporation from the cult TV series “Firefly,” the soda and candy store will also carry a selection of toys and puzzles. The Bloomington location is at 9801 Nicollet Ave., and will be open 11 a.m. to 7 p.m. Monday through Thursday, 11 a.m. to 8 p.m. Friday and Saturday and noon to 6 p.m. Sunday. The Richfield location is at 6433 Penn Ave. S., with the same operating hours.