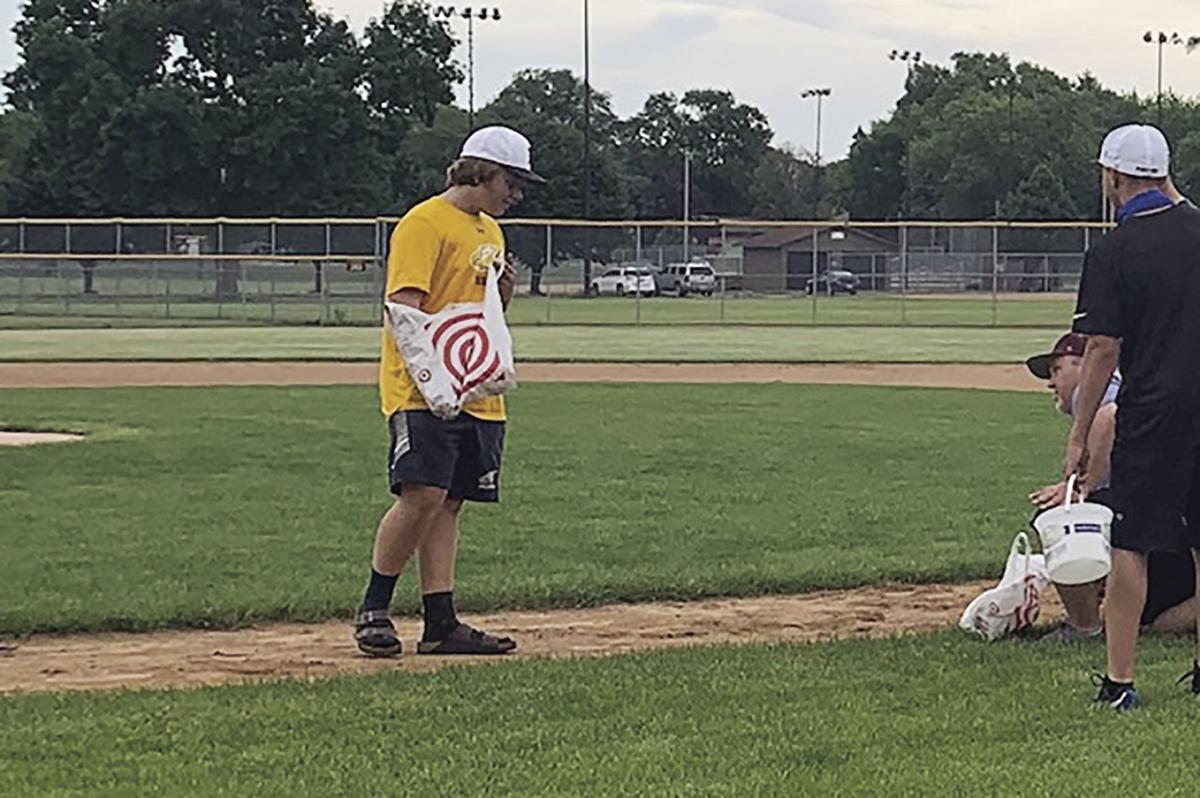 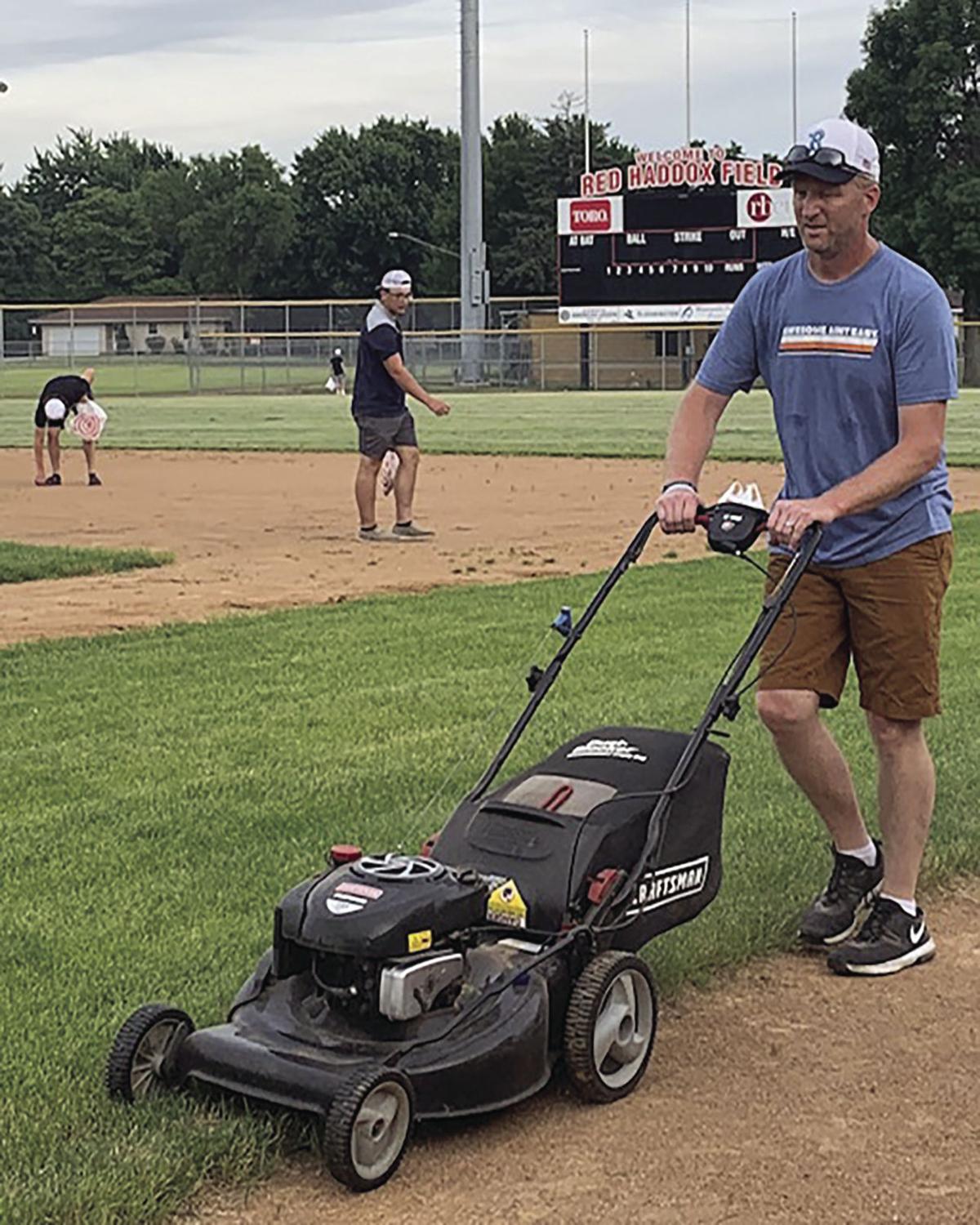 Bloomington Blue Senior Legion manager Mike Steffen mows the infield grass at Red Haddox Field as both Post 550 programs helped to prepare the field for a return of baseball the week of July 6.

It was all hands on deck Thursday, June 25 as Bloomington Gold and Blue Legion Post 550 baseball programs met at Red Haddox Field to prepare Bloomington’s crown jewel baseball facility ahead of live baseball set to start the week of July 6.

The Bloomington Prospects (Gold and Blue) asked the city if they could prep the field by pulling weeds, adding dirt to the infield and mound, mowing the infield and other tasks to ensure the field is ready to be played on once given the go-ahead, according to manager Mark Scott.

Both programs met Tuesday through Thursday over the last three weeks, culminating with a collective cleanup at Haddox Field following the June 25 practice.

Coaching the Junior Blue legion team is Nathan Lindberg along with Bob Lindberg as assistant coach.

A major fundraiser each season is the annual Red Haddox Legion Wood Bat Tournament, which draws some of the top programs across the state to Bloomington June 19-21. The tournament was canceled for 2020 with plans to resume in 2021.

More than a month behind schedule, the Bloomington Bandits opened the 2020 schedule with a 10-4 loss at the Hampton Cardinals June 27.

Zach Elliott provided the offensive power going 3-for-4, including a 3-run home run. Garrett Ganski also drove in a run going 2-for-3. Alex Mack and Ryan Walker crossed the plate once and twice, respectively  from the lead-off and No. 2 spot in the batting order.

Nick Siple worked six innings on the mound giving up one earned run on nine hits.

The Bandits had a tough matchup at the plate as Hampton ran out their top pitcher who pitched for Sioux Falls of the American Association last season.