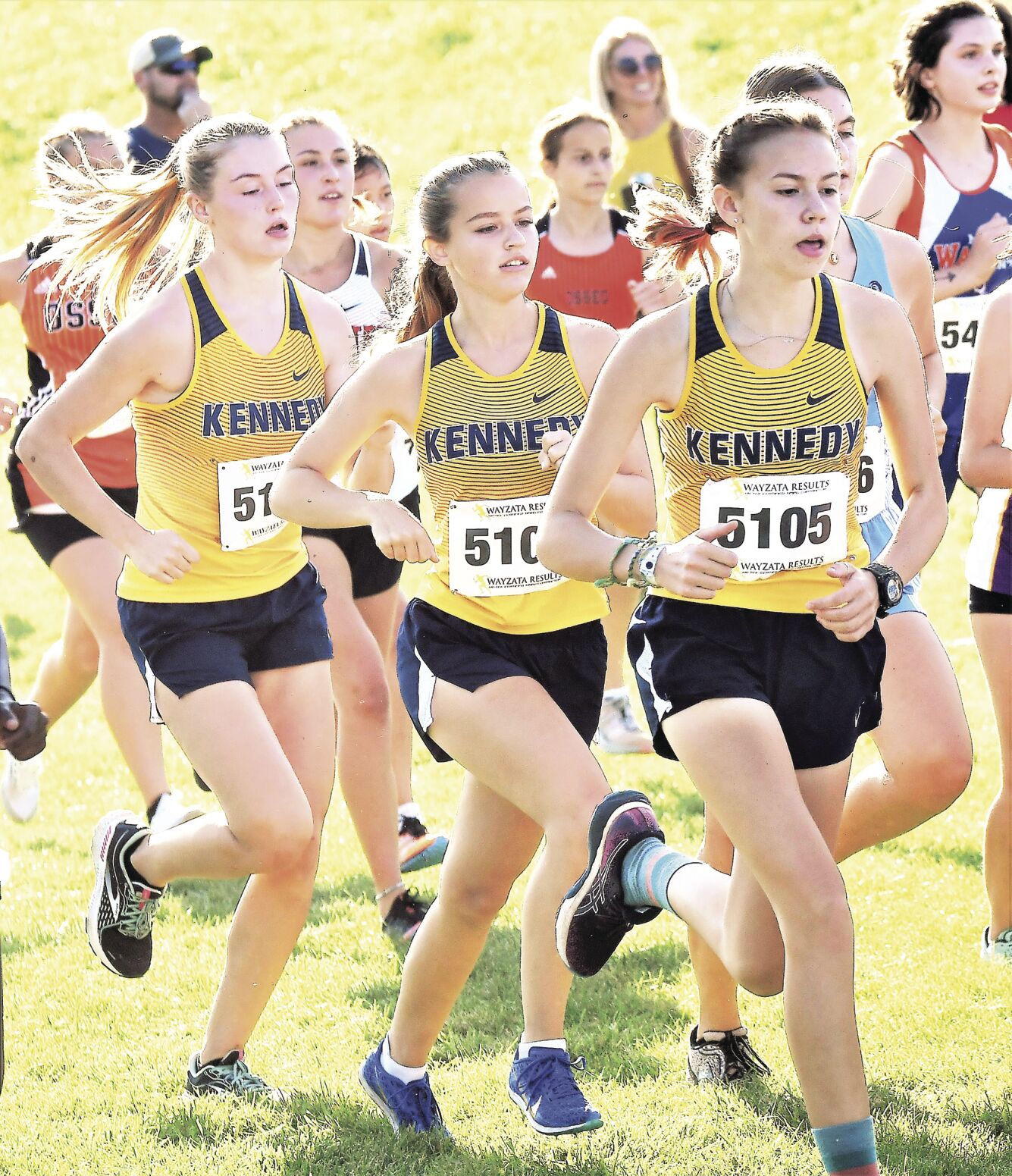 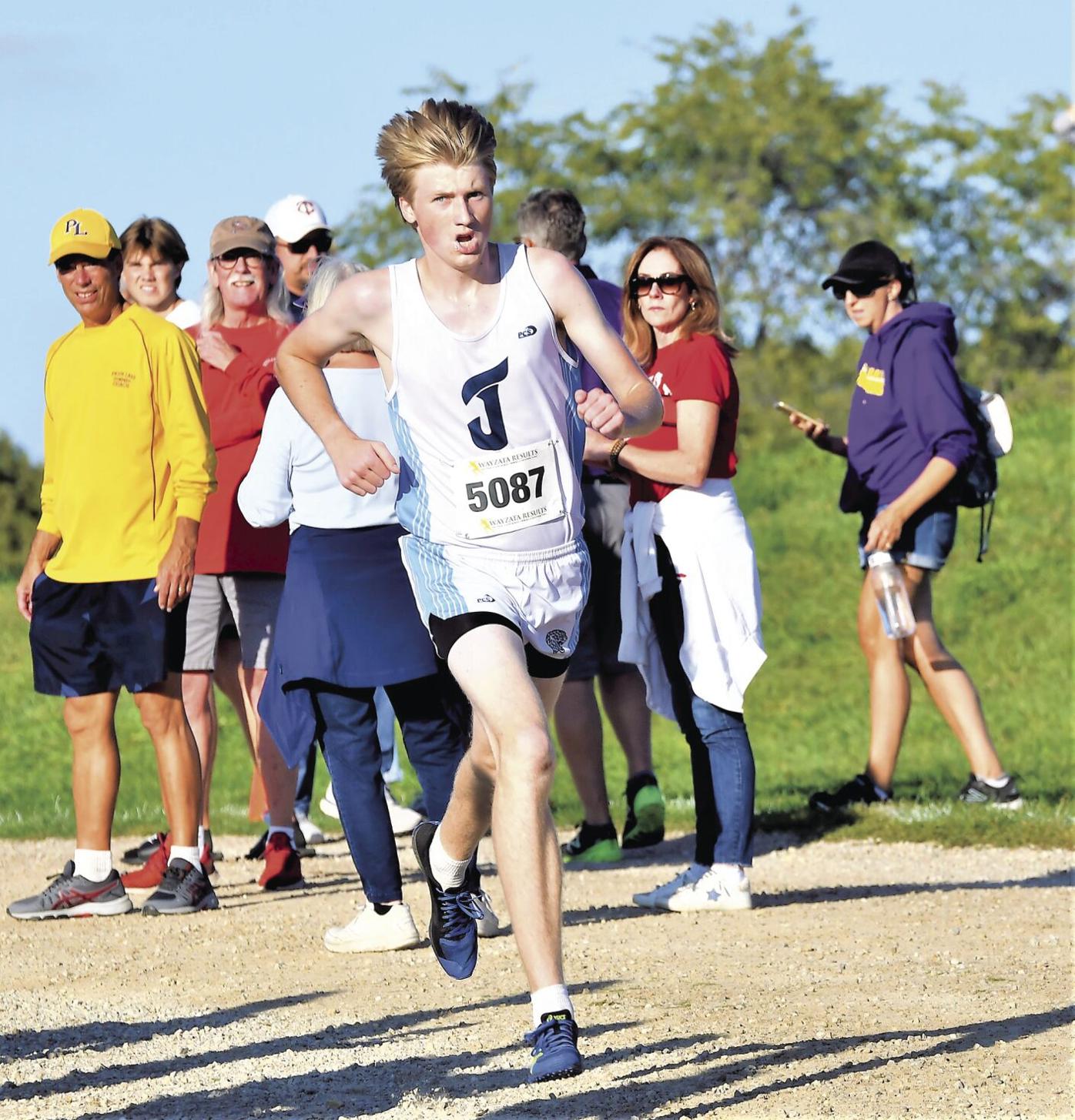 Jefferson junior Adam Leuth eyes the trail at Gale Woods Farm in Minnetrista during the Victoria Lions Invitational on Oct. 4. Leuth was the top Jaguar with a seventh-place finish in 16:46.5. Lueth finished 10th in the Maroon Division at the Griak Invite on Sept. 24 in 17:15. 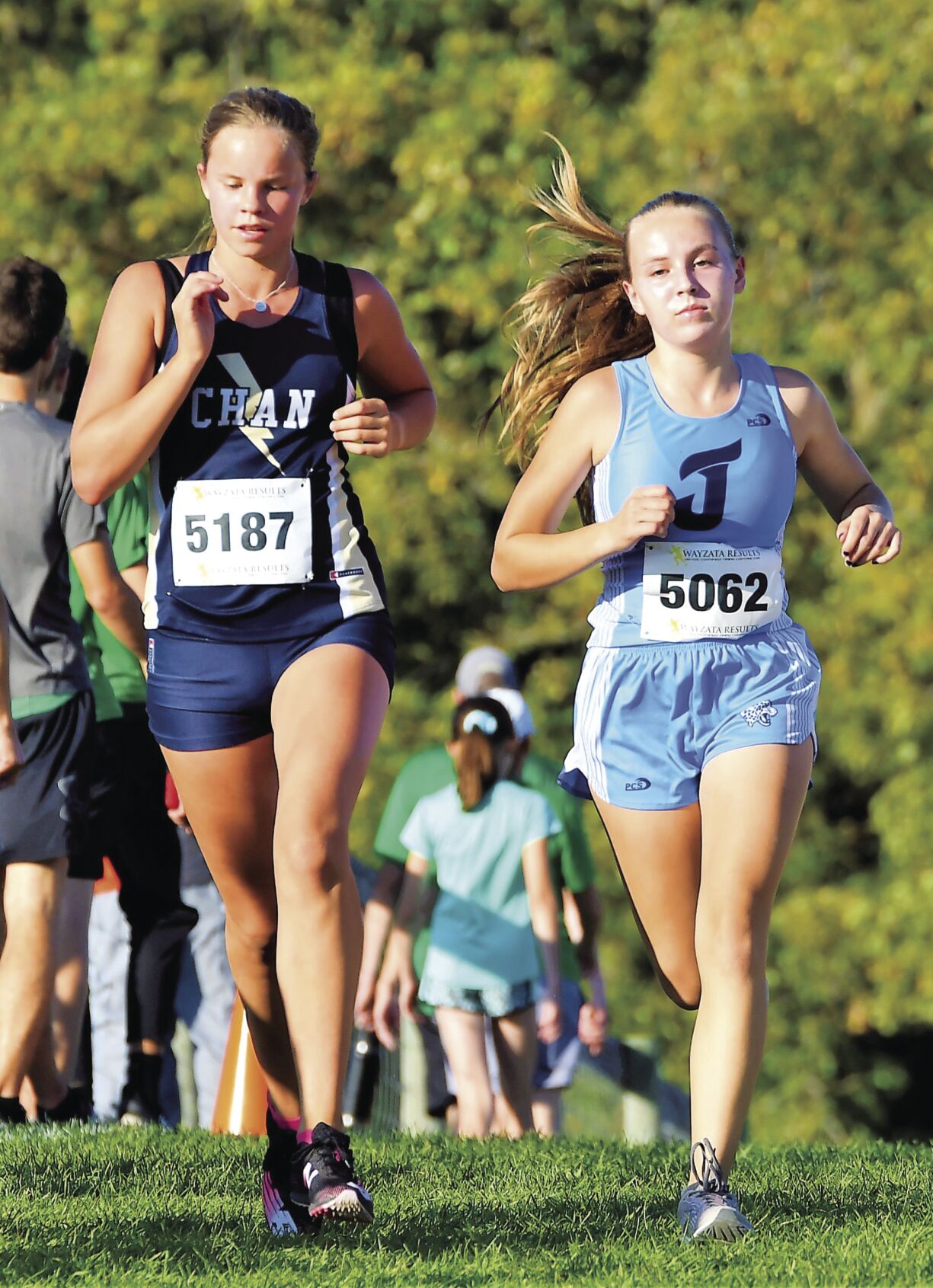 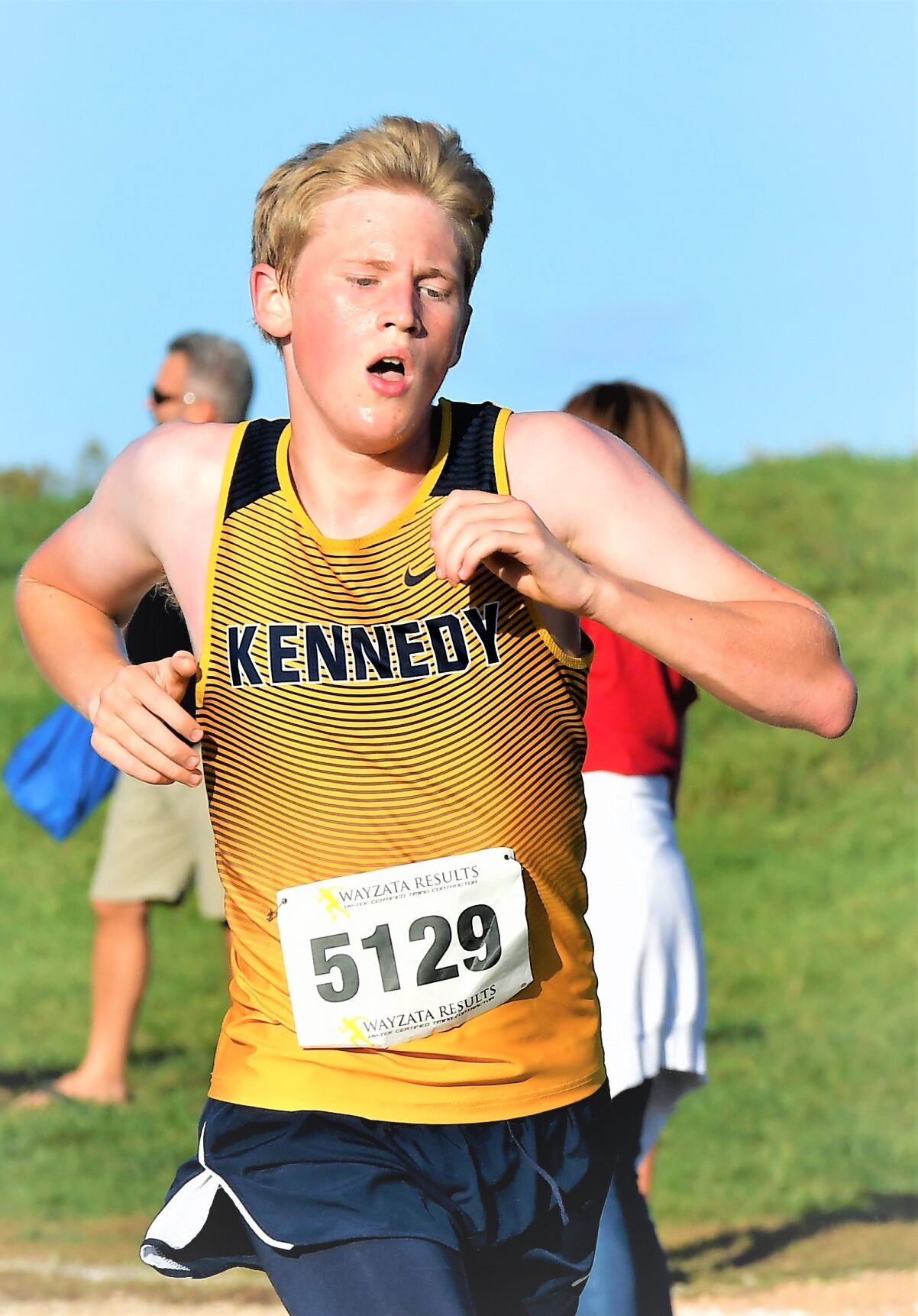 The meet brought together some of the top programs around the area, including Minnetonka, Prior Lake, Stillwater and Edina and serves as a great barometer heading into the all-important final two weeks of the season.

The Jaguars expanded the field at the Brookside Invite for this season to include Kennedy, Richfield, St. Louis Park, and Robbinsdale Cooper Oct. 12. Hyland Greens will host the Metro West Conference Championships Oct. 19 with races from 3-5 p.m. Varsity girls will start at 3:30 p.m. and boys at 4 p.m. An awards ceremony is at 5 p.m. All-Conference goes to the top 14 individuals with honorable mention to runners finishing 15-21.

Jefferson boys and girls were in the mix for the wins as the boys placed third with 110 points, five points behind runner-up Minneapolis Washburn and Stillwater won it with 96 points.

Jaguars junior Adam Leuth continued an impressive fall by finishing seventh overall in 16 minutes, 46.48 seconds. He was 16 seconds off the pace by fourth-place Nolan Sutter, a sophomore from Chaska. Prior Lake’s Hootie Hage won the meet at 16:09.39.

Jefferson coach Sean Faulk said Leuth is running well at this point of the season. “More than anything he is focused on finding the balance between going out too aggressively and holding back too much. He’s running the second half of races very well right now and it will be fun to see where he stacks up at the Metro West and section meets.”

Running in a pack is something Faulk said the boys are accustomed to with all of the training mileage put in during the summer and fall. The concept of staying together on the course translated to another successful finish in the team standings where it is important to group runners together and as high up the standings as possible.

“They train that way from the track through summer,” Faulk said.

Jefferson had the top spread (time between the five finishers) of 40.7 seconds. Fifth-place Eden Prairie was second-best with a 49.5 seconds spread.

“It was planned for Zach and Ian to be that close to each other but it wasn’t surprising either,” Faulk said as the team was coming off one of the all-time top performances by the team at the Griak Invite a week earlier.

Jefferson eyed a top-five finish in the Maroon Division at the Sept. 24 meeting at the Les Bolstad Golf Course. Jefferson’s third place impressed Faulk. “We were very pleased with the result. There were a lot of good teams in the race and it was nice to finish around them,” he said. “Our third-place finish was the best in the last 10 years and probably one of the better finishes for the boys all-time. They raced very well.”

Eighth-grader Amelia Borgen was the top finisher for the Jaguars placing 17th overall in 20:03.15. She was the fourth eighth-grader in the race and was 13 seconds behind a top-15 finish.

The Kennedy boys finished 16th out of 17 teams with 448 points, six points ahead of 17th-place Minneapolis Roosevelt.