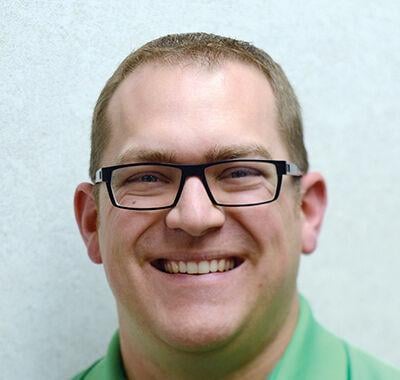 Week 1 is in the books for prep football and volleyball in the COVID-19 era. Kennedy volleyball opened the season at defending Metro West Conference champion Chaska Oct. 8. The Hawks won 3-0 (25-6, 25-10, 25-9) in what felt like a combination scrimmage/summer league match instead of the fall conference opener.

The typical energy that engulfs a gymnasium during a varsity volleyball match was nearly non-existent. No high-fives after player intros or crossovers between sets. The teams tried to curtail celebrations between points as much as possible, but the exuberance after a big hit or block was there – at a distance.

Referees used a handheld buzzer instead of the typical whistle to signal a different call, but not a huge change.

The lack of a typically roaring student section might be the most glaring difference from pre-COVID-19 days.

Fans and student sections were spread apart on the home side of two football games I caught in-person, Orono at Benilde-St. Margaret’s and Minneapolis Washburn at Kennedy.

Kudos to the BSM and Kennedy students who showed up to support their classmates while staying staggered in the stands.

One of the more unique fundraisers this fall has to do with collecting shoes to be shipped to third-world countries in need of basic necessities like shoes.

The 2021 Coopertown Bandits team will earn funds based on the total weight of gently worn, new or used shoes collected.

The shoes help impoverished people start, maintain and grow businesses in countries like Haiti, Honduras and other countries in Central America and Africa. Proceeds from the shoe sales are used for basic necessities to help their families survive.

The goal was to collect 2,500 pairs of shoes with funds being raised to go toward the Bandits’ annual trip to play at Dreams Park in Cooperstown, New York, site of the National Baseball of Fame in August, 2021.

A roster of 13 players and families is scheduled to take in a full week of events during the road trip.

Bandits coach John Frein said the spirit of the team isn’t just focused on baseball but to complete community outreach projects, “So the kids can gain an appreciation in giving back.”

Given the lack of more traditional fundraisers, Frein said this is a creative and safe solution to support our cause. “We know most people have extra shoes in their closets they would like to donate to help those less fortunate become self-sufficient. It’s a win-win for everyone.”

Those looking to donate through November can reach out to BTBA at btba.org or contact Liz Beckmann at liz_arms@yahoo.com.

The team hosted a marathon baseball day (100 innings plus other baseball-related events) at Kent Hrbek Fields in September to raise funds and is also helping out with Tuesday evening bingo at Carmine’s.

Hours before the first inside volleyball matches, the Minnesota State High School League updated member schools regarding spectators at indoor activities after the Minnesota Department of Education revised its conditions.

No spectators were allowed before this update from MDE and member schools will determine plans for their events.

New guidelines include up to two spectators per participant which cannot exceed more than 25 percent of the capacity of the venue or a max of 250 people.

All ticket sales/reservations must be completed before the event (electronic or will-call). Names, phone numbers, and/or email addresses must be collected to allow for rapid notification if individuals develop COVID-19.

Boys: Braemar Arena will host Bantam AA and A, Bantam B, and Peewee B at New Ulm, Peewee AA at Albertville, Peewee A at Monticello. Junior Gold A, B, and 16 at South St. Paul.