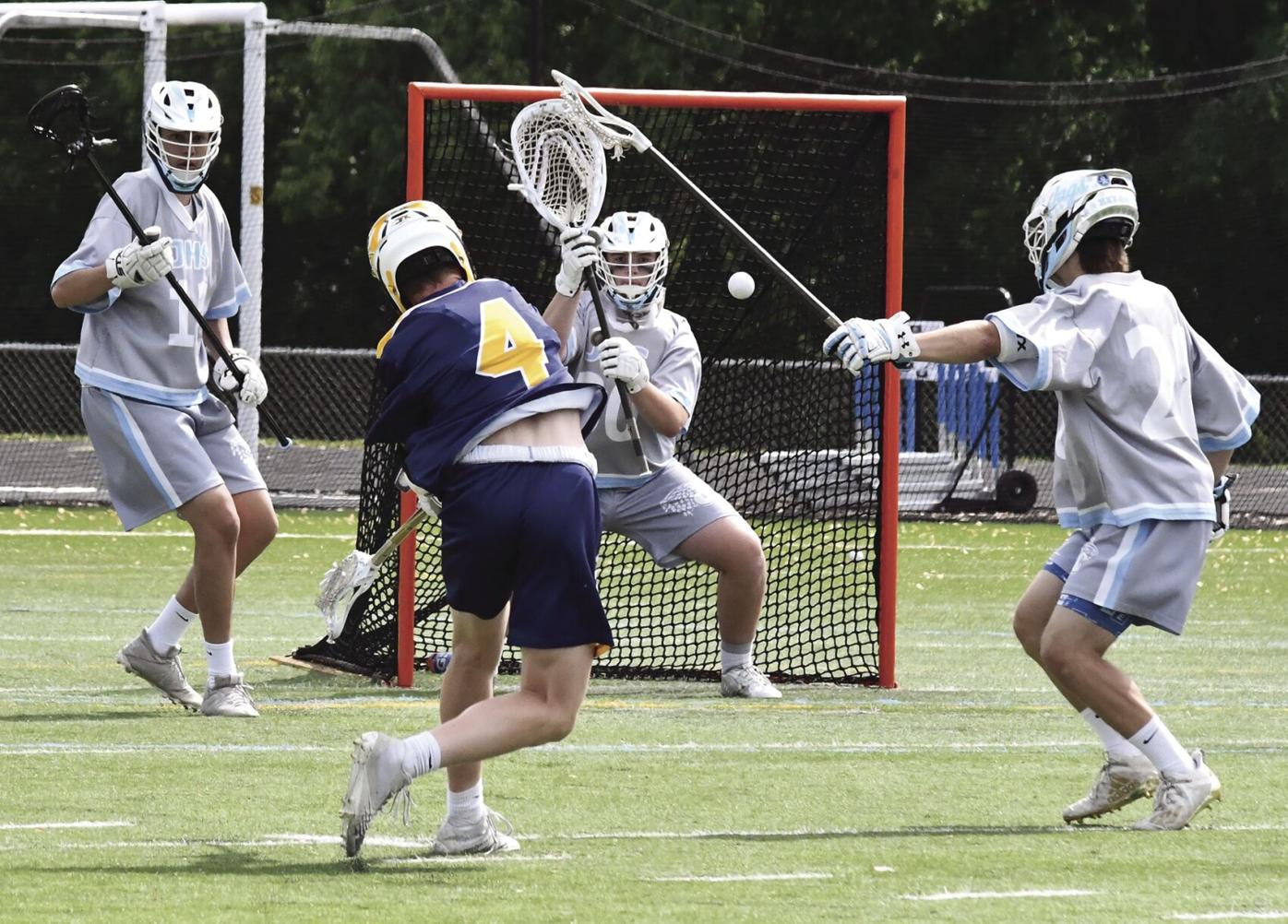 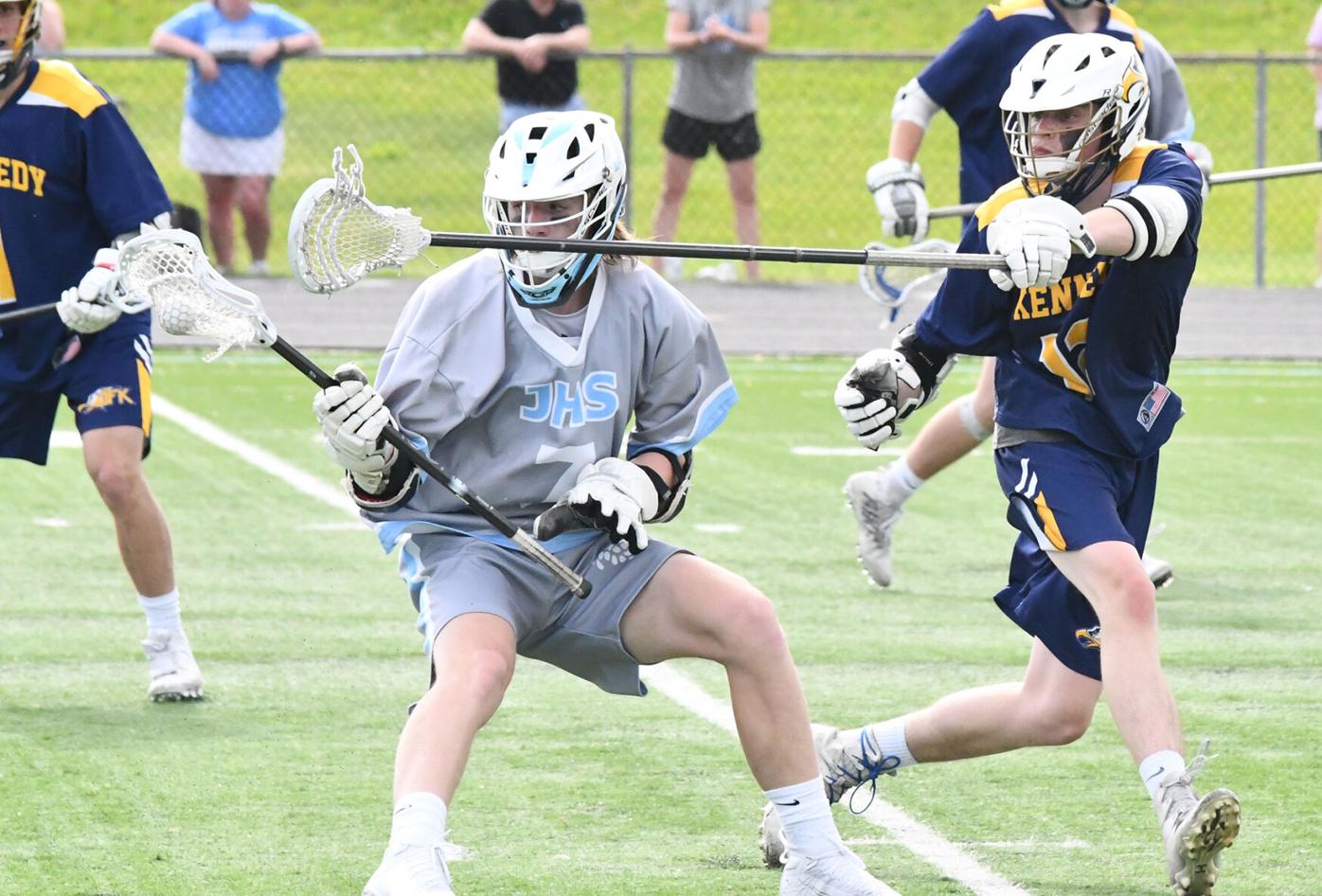 Jefferson junior Kyler Dawson, left, controls the ball while being challenged by Kennedy’s Mason Phair, right, during the third quarter of the Section 6 quarterfinal June 4.

For the second time in a month, Jefferson and Kennedy played to a one-goal game with Jefferson prevailing both times.

The latest came in the Section 6 quarterfinals as Jefferson’s Cody Ringquist scored on a shot late in the first overtime to give the third seeds a 9-8 win over No. 6 Kennedy on the Jaguars turf field June 3.

Jefferson led 3-2 at halftime as Kennedy standout Zyaire Marshall scored both goals in the opening half and appeared to have a third goal as he was alone with only Jaguar goaltender Jake McCarthy to beat.

Marshall would end up with five goals in the game, a sixth goal was waved off in overtime for an infraction committed in the Jaguars goal area with 32.5 seconds to go in regulation.

Both teams turned up the pressure in the second half but neither could establish a big run to put distance between themselves on the scoreboard.

Kyler Dawson gave the Jaguars an early 4-2 lead in the third quarter but Kennedy came back to take a 5-4 lead on a quick faceoff win by Joe Workman who sprinted down the field less than four minutes into the third quarter.

The teams traded goals the rest of the way, culminating with Ringquist giving the Jaguars an 8-7 lead with 1:12 on the clock before Marshall’s tying goal with 32.5 seconds to go.

“That’s the story of Section 6,” Jefferson coach Scott Cater said. “You look at the tournament and our side of the bracket you see a bunch of one-goal games in front of me. That’s how our season has gone, multiple one-goal games, our defense battles for four quarters and our goal keeps us in it and we survive and advance.”

Kennedy’s offense was potent when scoring in transition with quick goals whereas Jefferson worked the ball around the field to play a more patient offense, allowing the play to develop which in turn helped the defense stay fresh and kept the pressure on Kennedy to keep the pace up.

As for the winning play, Ringquist stuck to the plan until he saw an opening for a shot and took the chance.

“That’s a kid who has hit big shots for us all season,” Cater said. “Love him.”

As for McCarthy’s performance between the posts, Cater explained why he believes the five-year starter is the best stopper in the state. “Zyaire has a 1-on-0 break early in the fourth quarter and Jake makes an incredible save. Not only making the saves but reading the offense and calling out the defense telling where the guys to go, he’s more than a ball stopper.”

The Jaguars traveled to No. 2 Prior Lake for the semifinals played June 8, after this edition went to press.

The Lakers beat No. 7 Eastview 10-7 in the June 3 quarterfinals.